1st Step said:
And, These Have Been Hanging Out For A Year, These Are From Last Year! I'll Get Back...
Click to expand...

Hmmm. Really? So these came out last year? I don’t remember them. Say more about this...

orange fury said:
I ordered the cream and khaki, will report back. I’m super interested in the Quest cotton thing
Click to expand...

Stylewords said:
Looks interesting. Hopefully, it's different from the thin shiny cotton they use for the dress chinos.
Click to expand...

Right. This is what I’m wondering as well.

DonRaphael said:
Considering having Spier Mackay making a jacket for me but undecided on pattern. The PoW seems more subtle while the gun check shows more of the brown colour and hence offsets some of the versatility advantage the PoW has on the gun check due to its subtility. Suggestions (rest of wardrobe not considered)?

Those are not stock cloths unfortunately, they are woven to order, minimum order quantity is 60m I believe.
Instagram: @dapperclassic

dapperclassic said:
Those are not stock cloths unfortunately, they are woven to order, minimum order quantity is 60m I believe.
Click to expand...

Oh, I did not know that. When I placed an order for a couple of M&E fabrics last year with Haris, S&M's MTO coordinator he told me they could source all fabrics from the former. Maybe those limited with a minimum order are an exception. I'll check with him. Thanks.

DonRaphael said:
Oh, I did not know that. When I placed an order for a couple of M&E fabrics last year with Haris, S&M's MTO coordinator he told me they could source all fabrics from the former. Maybe those limited with a minimum order are an exception. I'll check with him. Thanks.

EDIT:
Also, I saw a couple of pages back that the hemming service and hem guards were discussed. S&M will provide hem guards for an added $10 if you ask for it in the notes.
Click to expand...

That's right, just as long as they are part of the M&E stock collection - those can be purchased by the metre.

The M&E cloths in the MTO section are all stock cloths.
Instagram: @dapperclassic

marchello said:
It really depends on what you consider regular cotton. In comparison to cotton used for standard chinos, the quest cotton is definitely finer and smoother, and has a more luxurious feel. It has a decent drape and it holds the creases quite well.
Click to expand...

Does the fabric have a sheen?

Potatoe said:
Curious about their shoes (which are now on sale).

Says they are made in Portugal, are they from Carlos Santos ?

I'm looking for a fairly standard black oxford and perhaps another suede loafer. Anyone here tried their shoes?
Click to expand...

I had a pair of their black plain toe oxfords. They where very good. Sold them because I went with the wrong size. Don't know if they are new by CS. But I will say that they are a great shoe for the money.
Instagram: @armandomadrid
Espuma Qantica

good post, terrible to hear that. Spier really needs to be made aware of this and the fact they are losing customers to that decision. I love spier and their quality and cuts but have Decided to stop ordering. My next purchases will Be higher level stuff, not in cloths but in cut (and more superficially in an item which has armholes that correspond to my body
I know spier at their price point needs to find something for the masses, but when everyone starts complaining about the same subject, it seems they need to correct something.


Imperatores said:
I received two linen field jackets today, and I'm so disappointed by the absurdly low armholes. Why are they cut like this? They're low to the point where it doesn't just feel restricting and awkward to wear, but it throws off the whole look of the jacket as well. The front chest area ends up looking strange and disproportionate when the armhole extends halfway down my ribcage. Looks like I'm wearing a jacket cut for someone a foot taller, and had the sleeve and body lengths altered to kind of make it work.

Luckily the navy linen one isn't as bad. The armholes are 2 cm higher on it compared to the natural linen (which is still much lower than ideal, but doesn't look as ridiculous). Am I unreasonable for thinking that this is an unacceptable production tolerance? A 2 cm variation between waist or chest measurements on a casual jacket is one thing. Quite another for armhole height...

Sorry for the rant. I've been looking forward to the linen versions ever since they released the wool field jackets, so to have them ruined by something like this is quite deflating. They're so well designed otherwise, and the linen fabric feels great for a summer jacket.
Click to expand...

Sorry if this is a repeating theme. Anyone with full body fit pics of the 5 pocket cords? And did you pick the same size as you use in the high rise trousers? Thanks!

Anyone else getting a trojan warning on https://www.spierandmackay.com/ ? 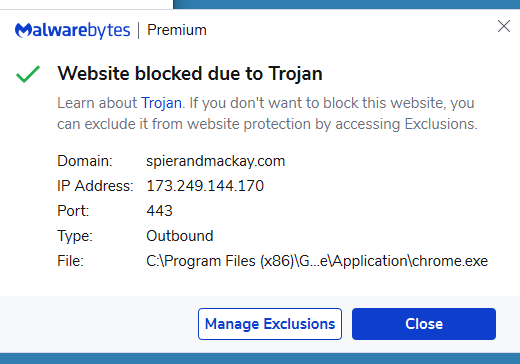 Here’s the sand safari jacket. I took a 36 (my normal size) and I’m quite pleased. Pardon the messy room and dirty mirror 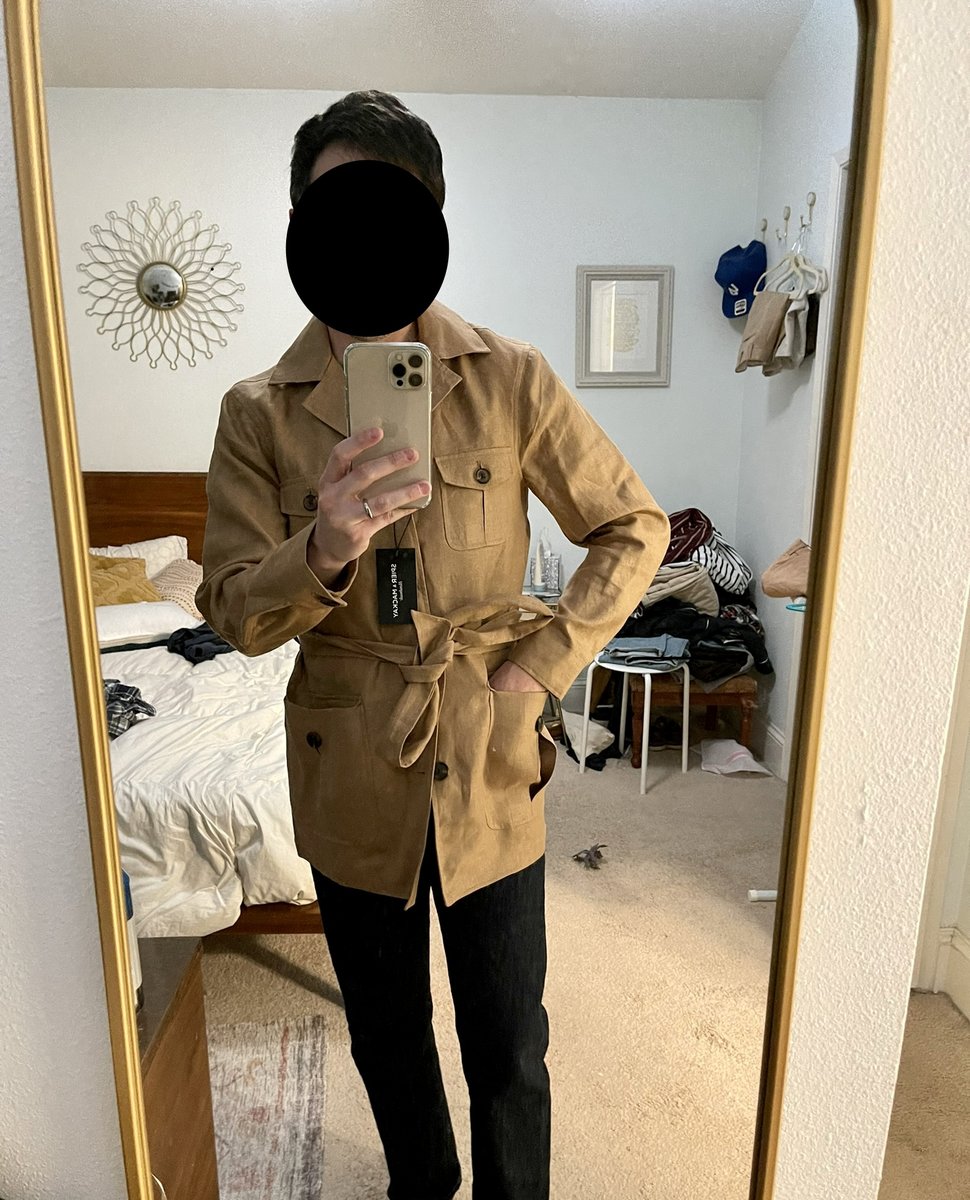 CaliforniaTux said:
Here’s the sand safari jacket. I took a 36 (my normal size) and I’m quite pleased. Pardon the messy room and dirty mirror

CaliforniaTux said:
Here’s the sand safari jacket. I took a 36 (my normal size) and I’m quite pleased. Pardon the messy room and dirty mirror

I ordered the same color (38 for me). It’s supposed to come in today, I’m very curious to see what I think of the fit/armholes based on some of the comments.
Taco enthusiast
www.overdressedandoverserved.wordpress.com