We've just added a new label to our collection over at Blue Owl. They've got a really cool history, and some great denims and fits. Check 'em out! 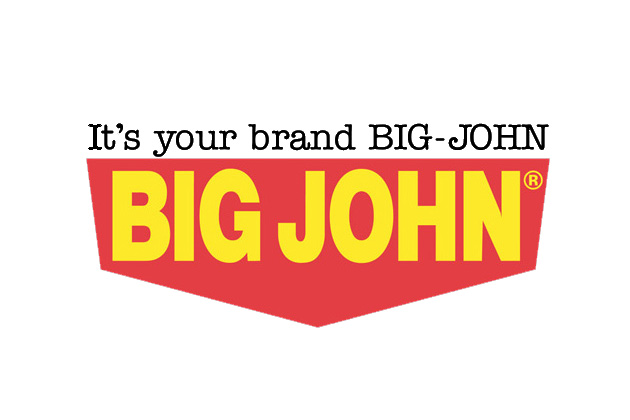 When you think of firsts in Japanese denim, one name stands out: Big John. The label began in the 1940's as Maruo Clothing Inc., starting like many other firms in the Kojima area with the manufacture of uniforms. After World War II, the fabric producers that Maruo relied on stopped producing and so the company was forced to take their business in a new direction. In the 50's they began to import used American clothes and fabrics, using them to both sew new garments, and tailoring the too-big American peices for the smaller Japanese public. Surprisingly the ragged, re-sewn garments sold like hot cakes, especially denim jeans. 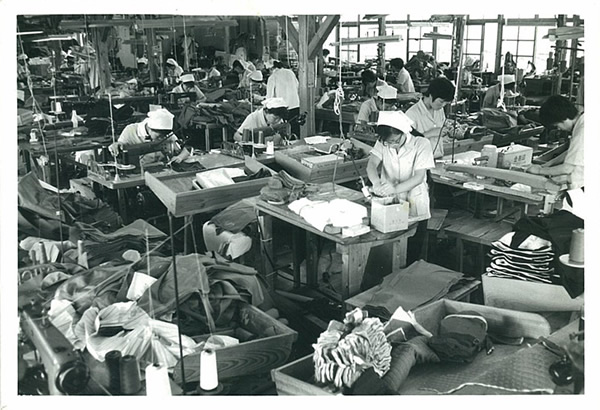 Maruo Clothing had good business selling American jeans in Japan, so when import restrictions were lifted in 1963 they began to bring in American denim to sew their own jeans. In April of 1965 the first pair of Japanese sewn jeans was made, but the Japanese market, who was used to worn denim fabrics by this point, wanted something softer. In October they began producing the world's first one-wash jeans to satisfy this demand. In 1967 the brand Big John saw it's launch with the import of White Oak Cone selvedge denim. The jean first made under this new brand, the M1002, has seen many iterations throughout Big John's history.

In 1973 Big John collaborated with Kurabo Mills to create the first made-in-Japan denim. It took eight trial runs to create a fabric they were satisfied with, and thus named the denim "KD-8", or Kurabo Denim 8. With this denim the first entirely made in Japan pair of jeans was created, called the M1002 Japan-Model. These jeans, however, were not the vintage reproduction jeans that Japan is known for today. In fact, they weren't even selvedge. In the 1980's Big John developed purposefully uneven yarn, and using shuttle looms, created the both the world's first vintage reproduction slubby denim, and Japan's first domestically made selvedge. This was the beginning of the vintage and replica craze both in Japan and abroad. The jean made with this denim was dubbed RARE, a line which continues to be produced today. 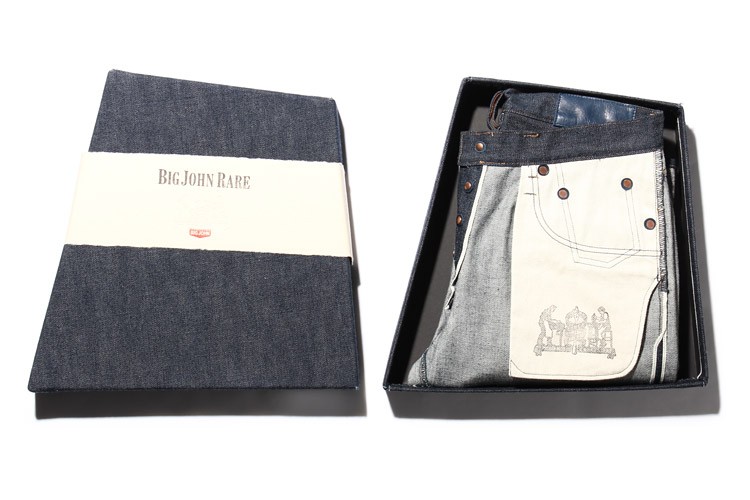 In the 2000's Big John began to move into the Japanese fashion denim scene. They began producing low rise jeans and skinny fits for both genders. Today they continue to produce these modern fits with vintage fabrics. In 2010 Big John celebrated their 70th anniversary. For commemoration they are diving into their archives to reproduce some of their classic jeans. They also dug up some very cool photos of their work in the 60's and 70's which can be viewed here on their site. We're excited to be offering Big John for their incredible history, and above all their quality jeans.
Last edited: Aug 12, 2013
Website: www.blueowl.us
Blog: http://blueowlworkshop.blogspot.com/
Facebook: http://www.facebook.com/pages/Blue-O...p/195501000158
Twitter: http://twitter.com/blueowlworkshop
Paypal & E-mail: [email protected] 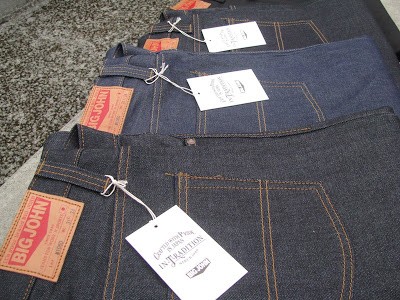 ​
Our first shipment of Big John just hit the online store, and we are really pleased with the details in these jeans. Besides sewing, rivets, and fit, the fabrics Big John used to make these four jeans are all really exceptional. We think they are definitely worth going into the details. The Faux Slub denim, used in both the Slim Straight and Slim Tapered, is their standard indigo. 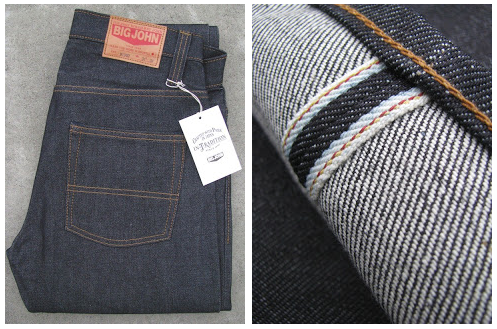 ​
The Faux Slub is Big John's exclusive 14oz sanforized selvedge denim. The fabric uses speckle dyed yarns, which are regular straight yarns that are dyed to leave the core of the yarn uneven. It looks clean and smooth when raw, but with it fades it will give an uneven appearance similar to that of slub yarn denim. This creates the kind of contrast fading vintage denim often has. The fact that the denim is woven at low tension emphasizes this effect. It is a brilliant mix of modern and heritage appearance. You can find more information about the Slim Tapered here, and the Slim Straight here. 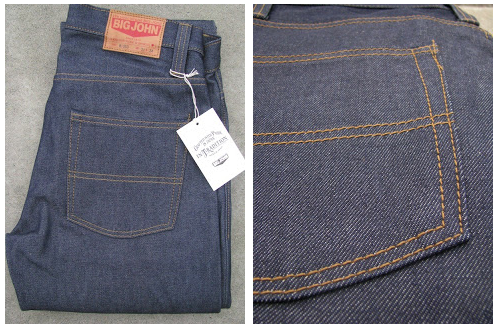 ​
​
The second fabric is the GUNJO, Big John's original 14.5 sanforized selvedge denim. The color of GUNJO is a replication of the very first Japanese denim used in the production of jeans, the KD-8, made in 1973 by Big John in collaboration with Kurabo mills. The dying technique at that time had not been fully developed so KD-8's blue was on the lighter side with a red/brown hue. In order to recreate this color they used indigo dye with lower concentration in the baths during the rope dying process. Despite the vintage color, the fabric is woven to have an even surface, giving it a modern appearance. You can find more information about the GUNJO jean in Slim Straight here. 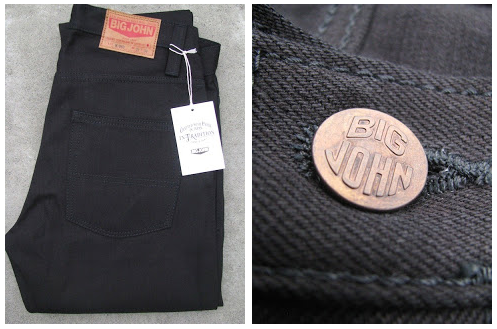 ​
​
The third and final fabric we received is the KURO2, another of Big John's original denims. This 12oz sanforized selvedge is based off a Cone Mills denim used in Big John's 1969 collection, "ROAD COLORS". Unlike regular black denim, the warp yarn is dyed indigo before it is dyed black in sulphur. They also use a special dye on the weft yarn so that the warp and weft fade together. Normally black denim can be stiff and uncomfortable, but these dying methods enable the fabric to be softer and more supple than conventional black denim. As you wear the denim the black color fades, and the indigo color starts to appear on the surface, creating a completely unique appearance. If you want more information about the KURO2 jean, you can check it out in Slim Tapered here.​
Website: www.blueowl.us
Blog: http://blueowlworkshop.blogspot.com/
Facebook: http://www.facebook.com/pages/Blue-O...p/195501000158
Twitter: http://twitter.com/blueowlworkshop
Paypal & E-mail: [email protected]

I'm local to Seattle. Do you guys have a physical store where I can try stuff on? I'm interested in the Big John stuff...

[email protected] said:
I'm local to Seattle. Do you guys have a physical store where I can try stuff on? I'm interested in the Big John stuff...
Click to expand...

We are in Fremont. Call or email when you want to stop in.

Sorry for the delay on getting those pictures. Here are pictures of each fabric and fit we carry. The model is 6'2" and 160lbs. 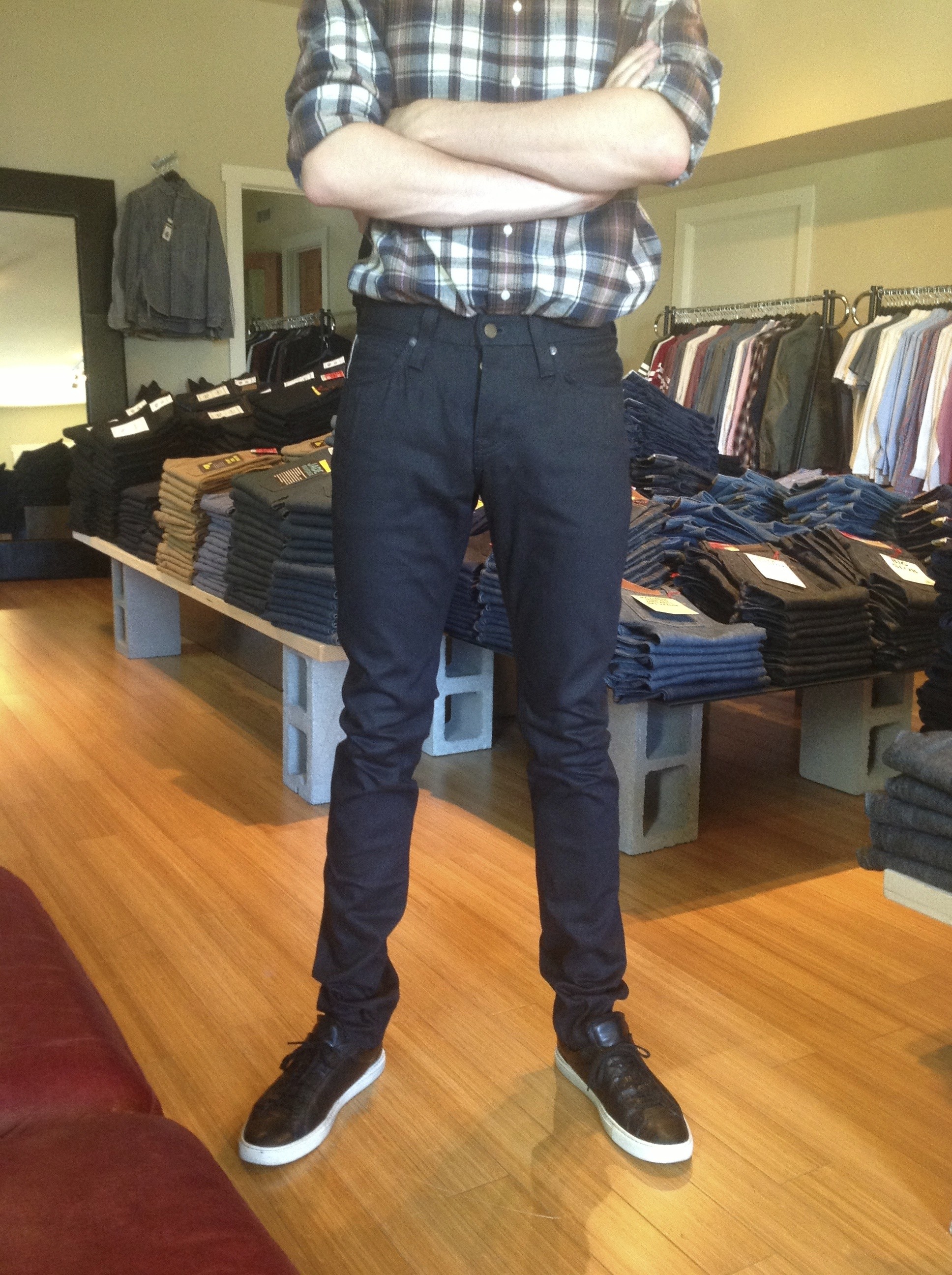 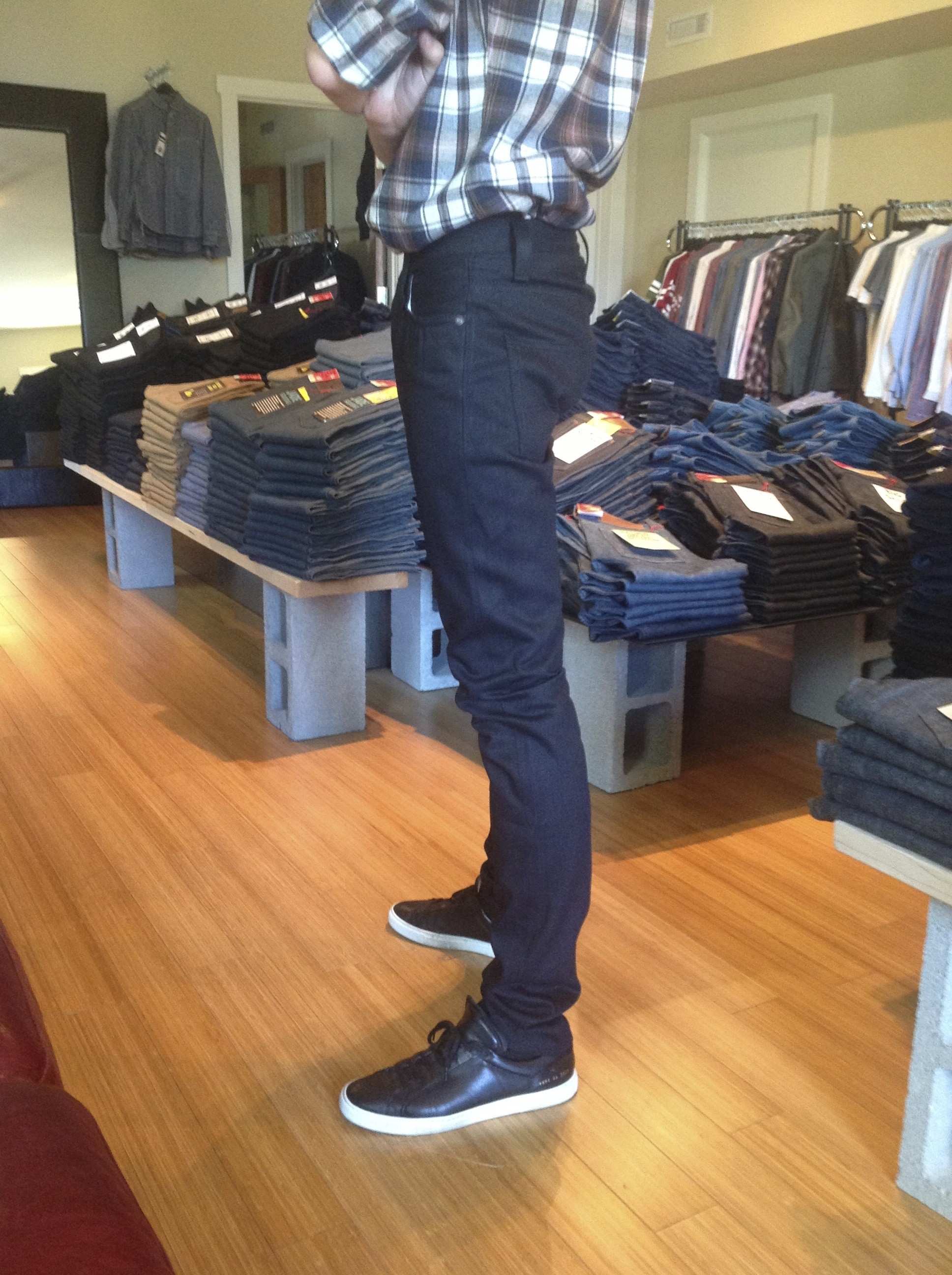 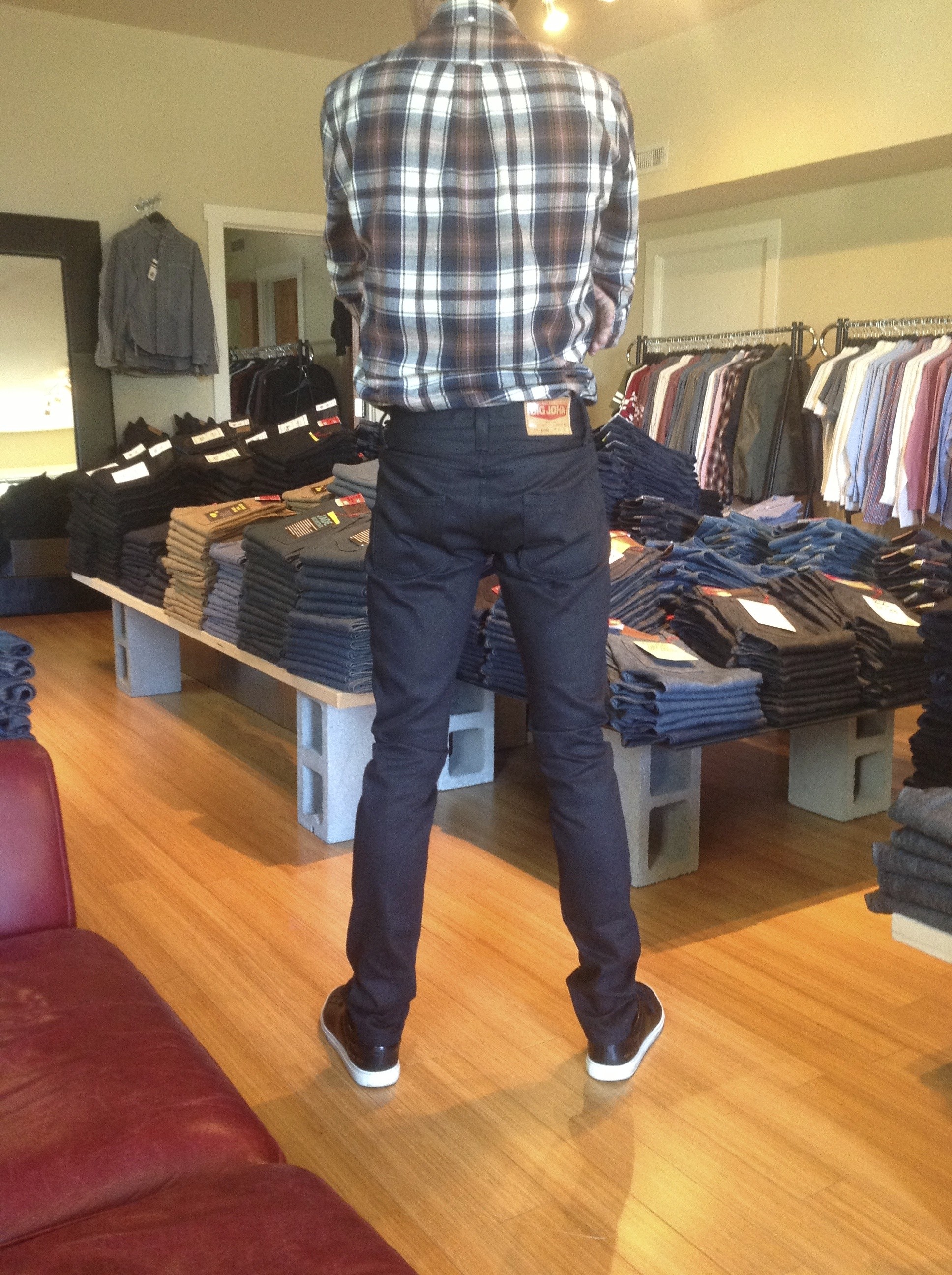 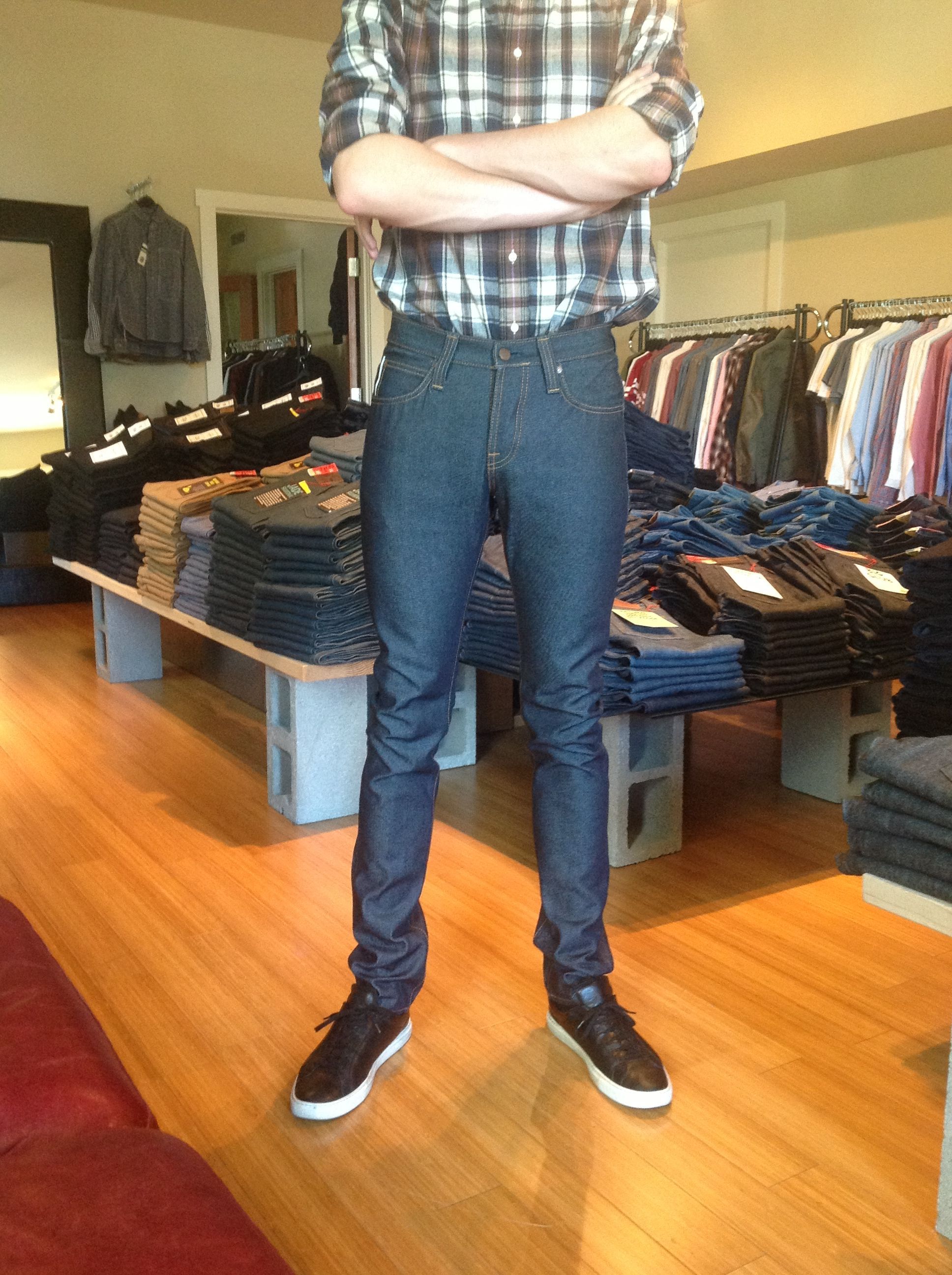 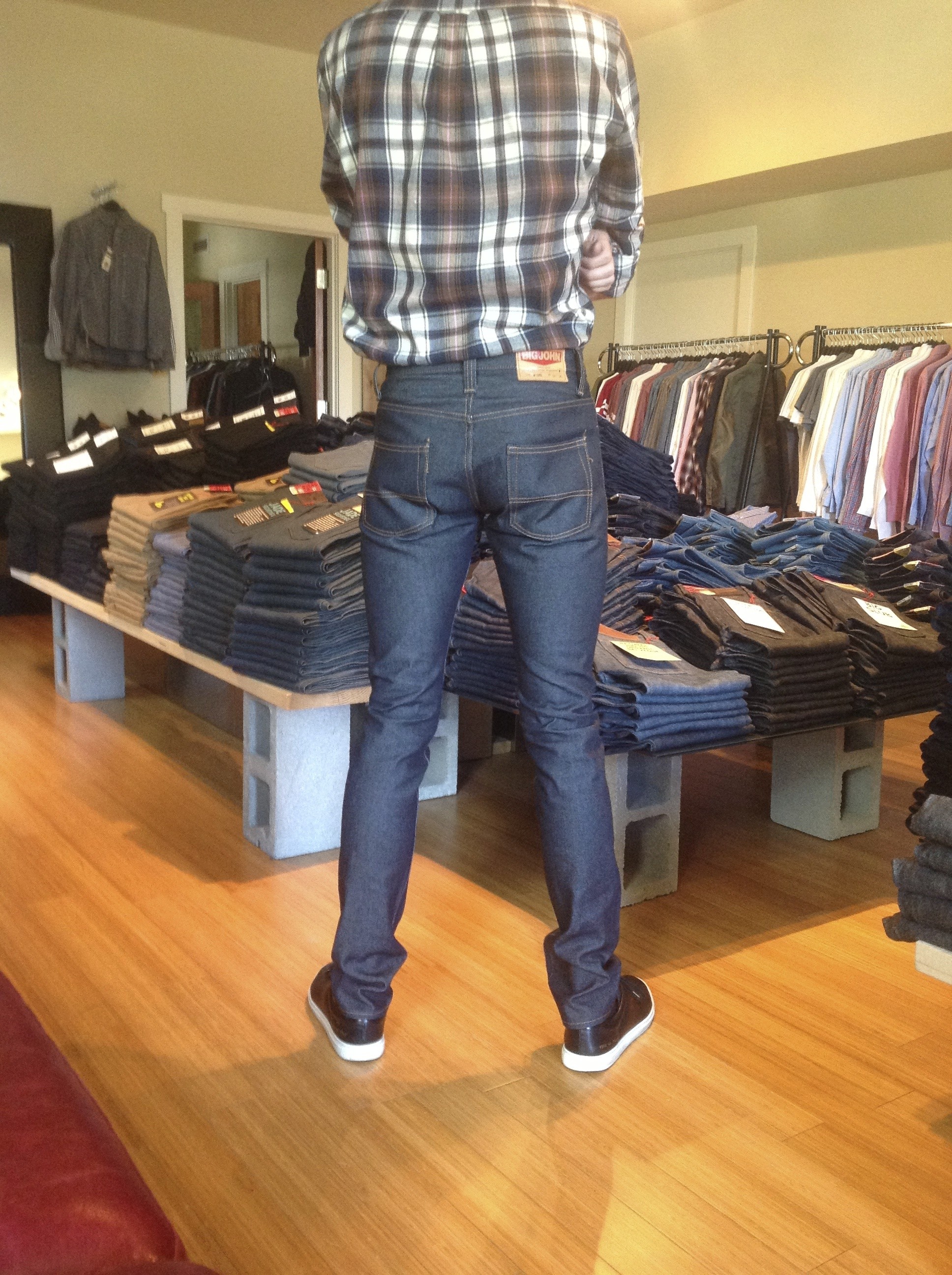 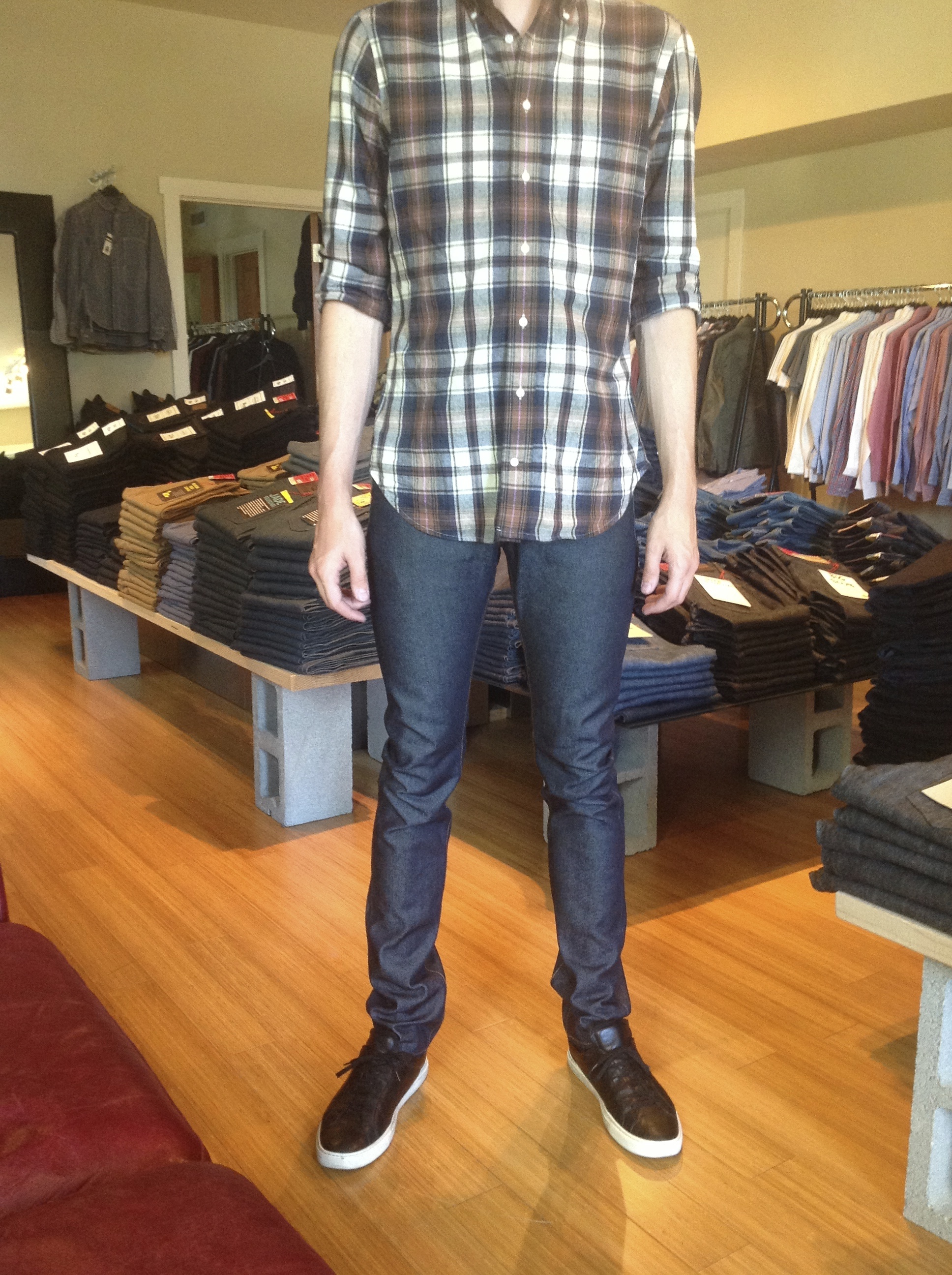 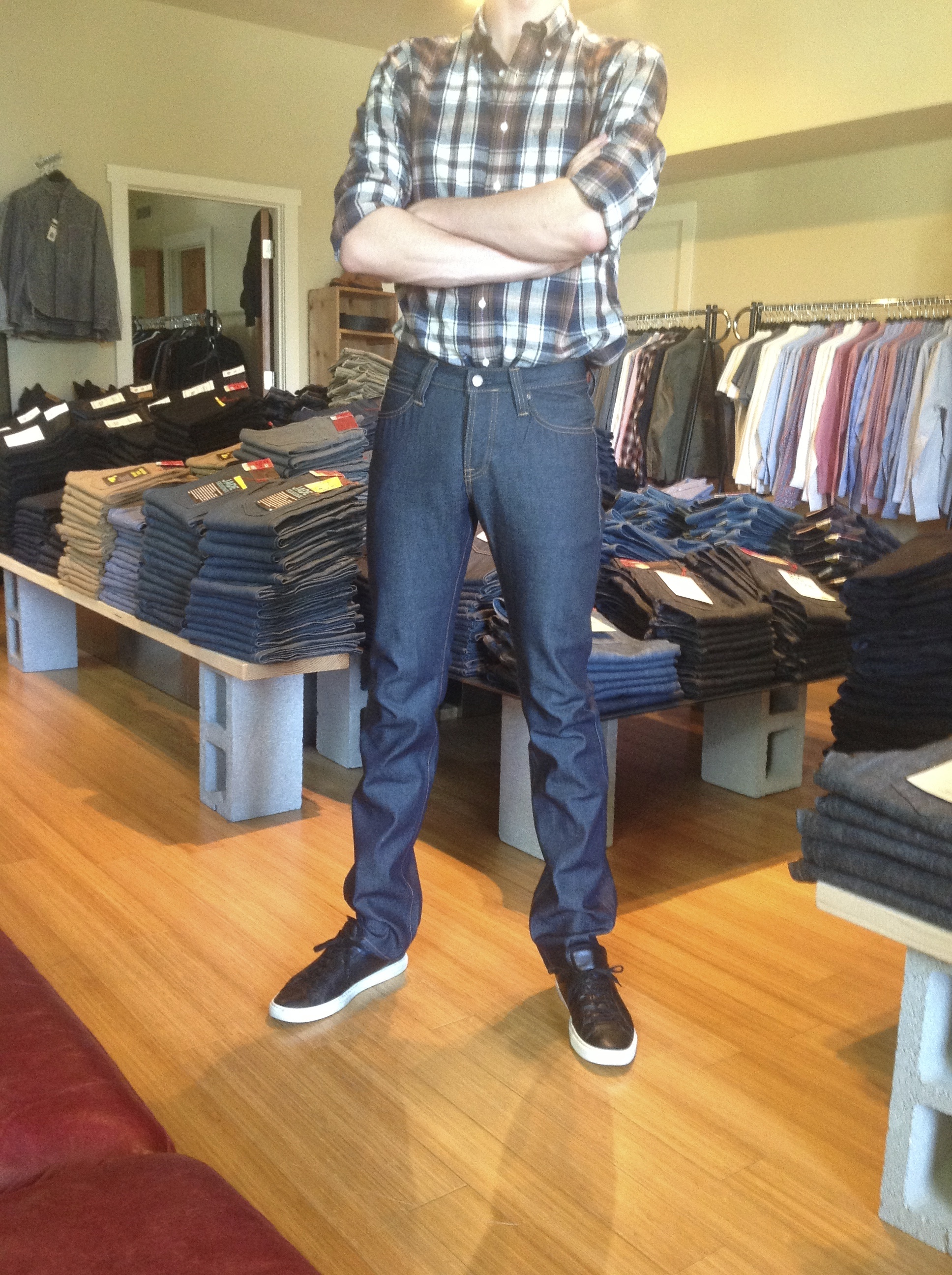 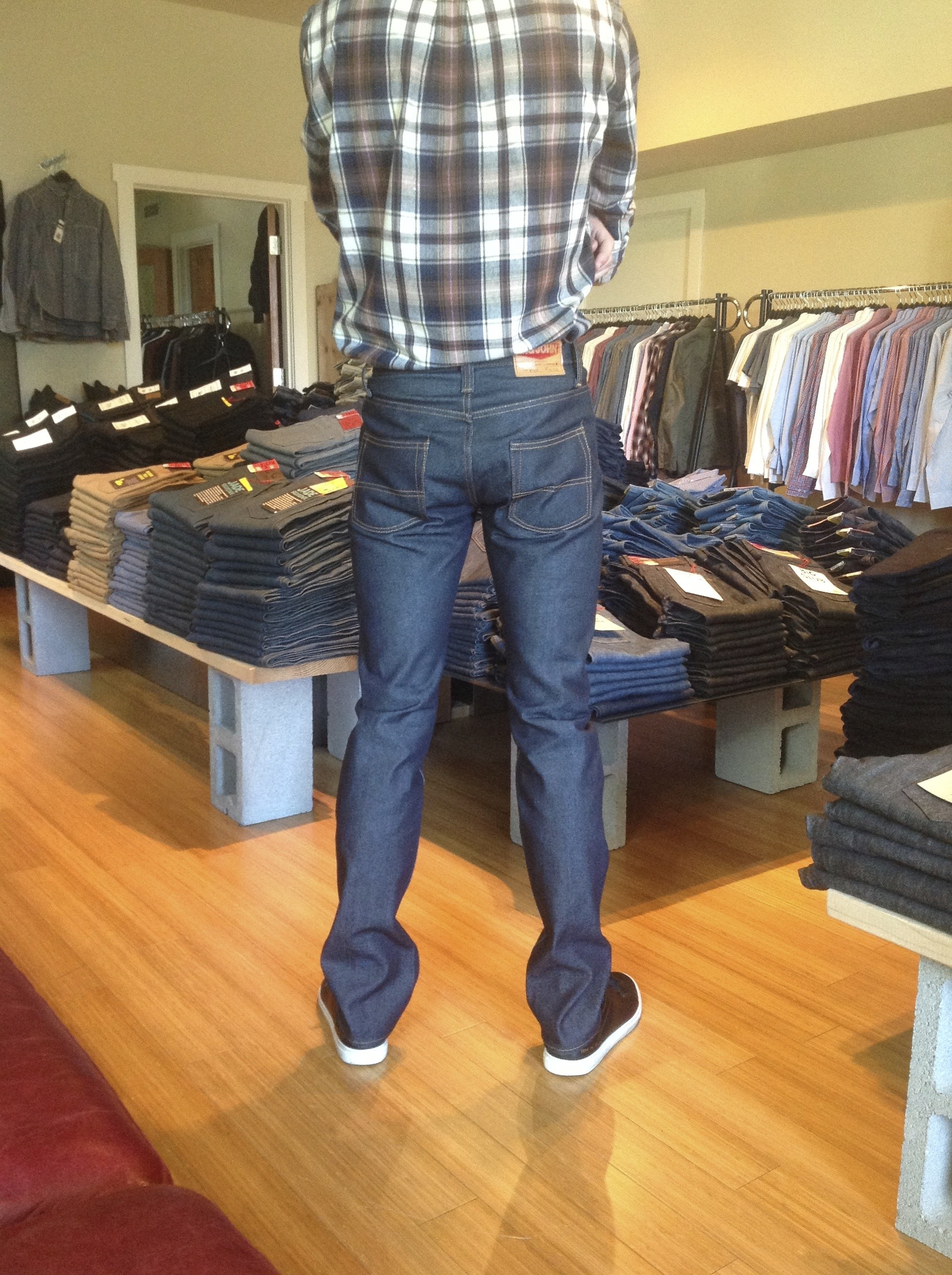 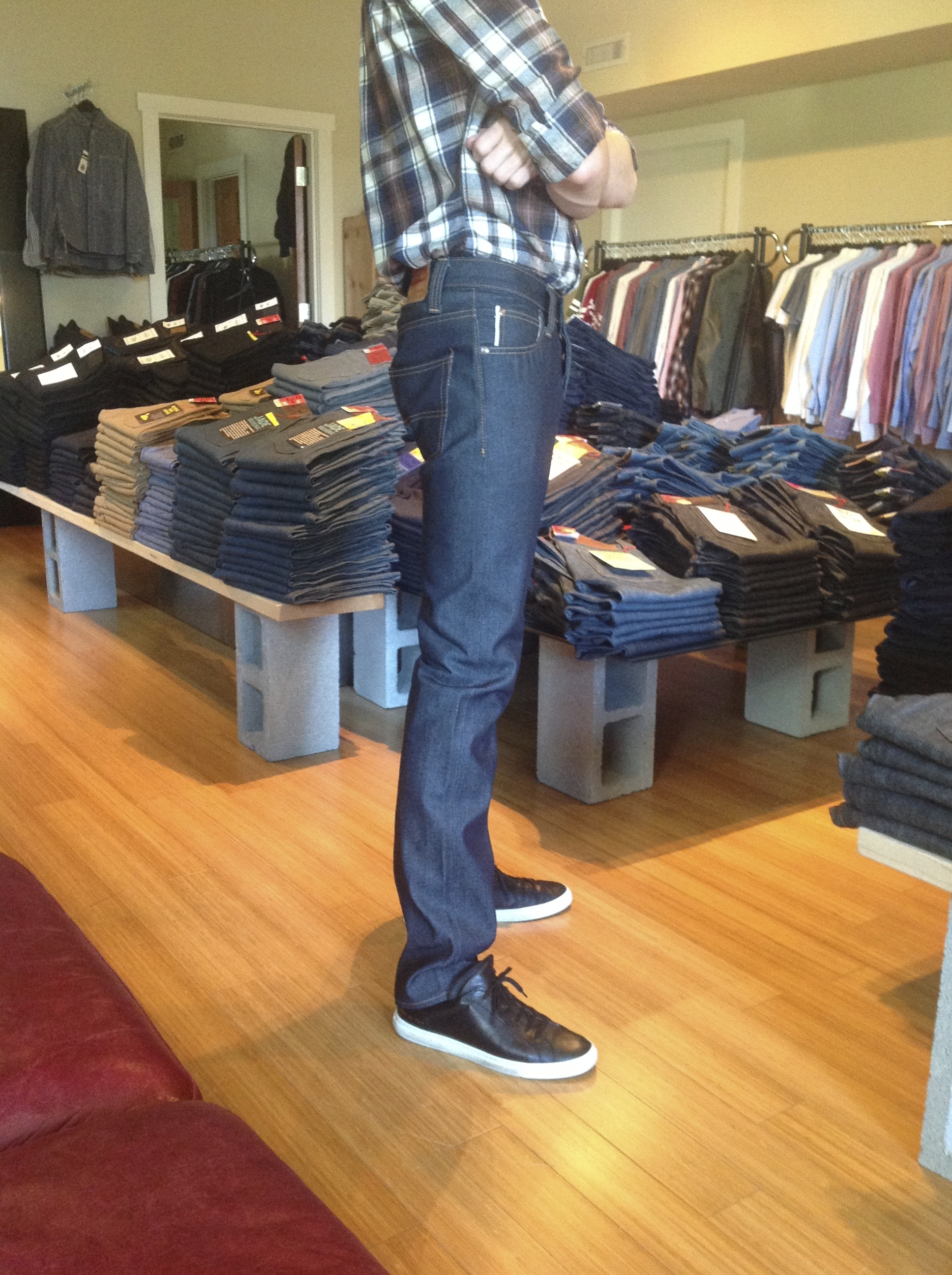 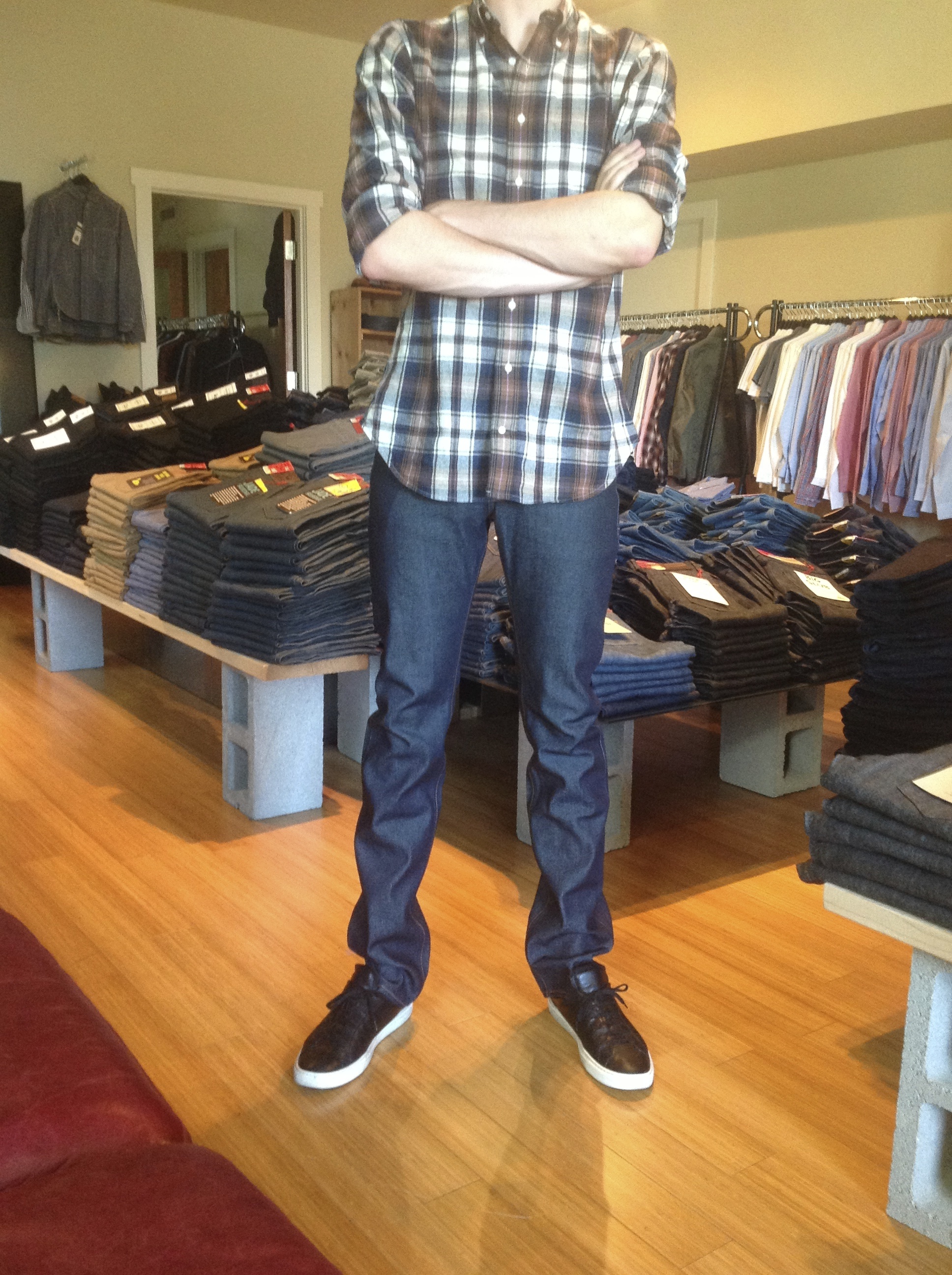 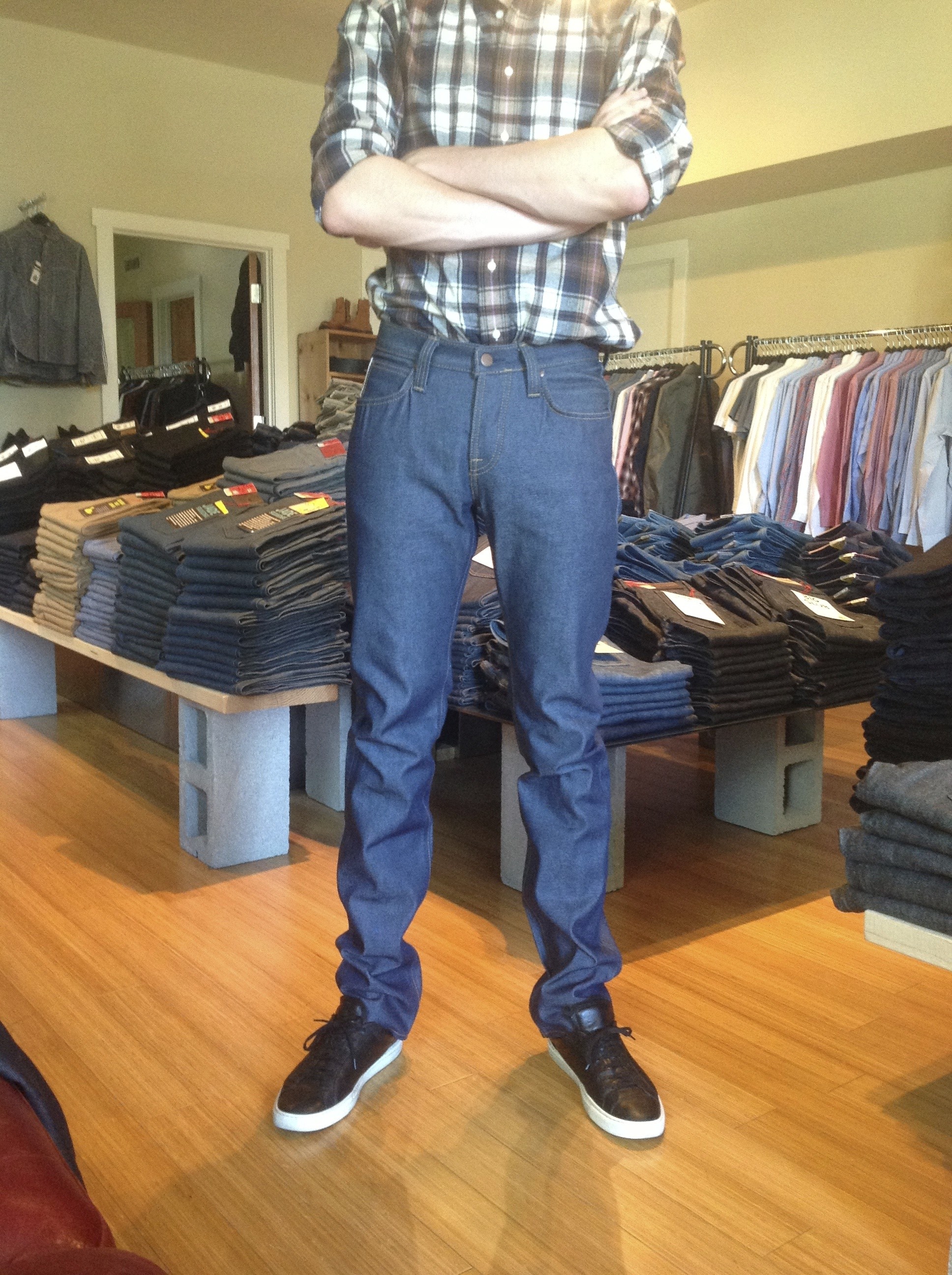 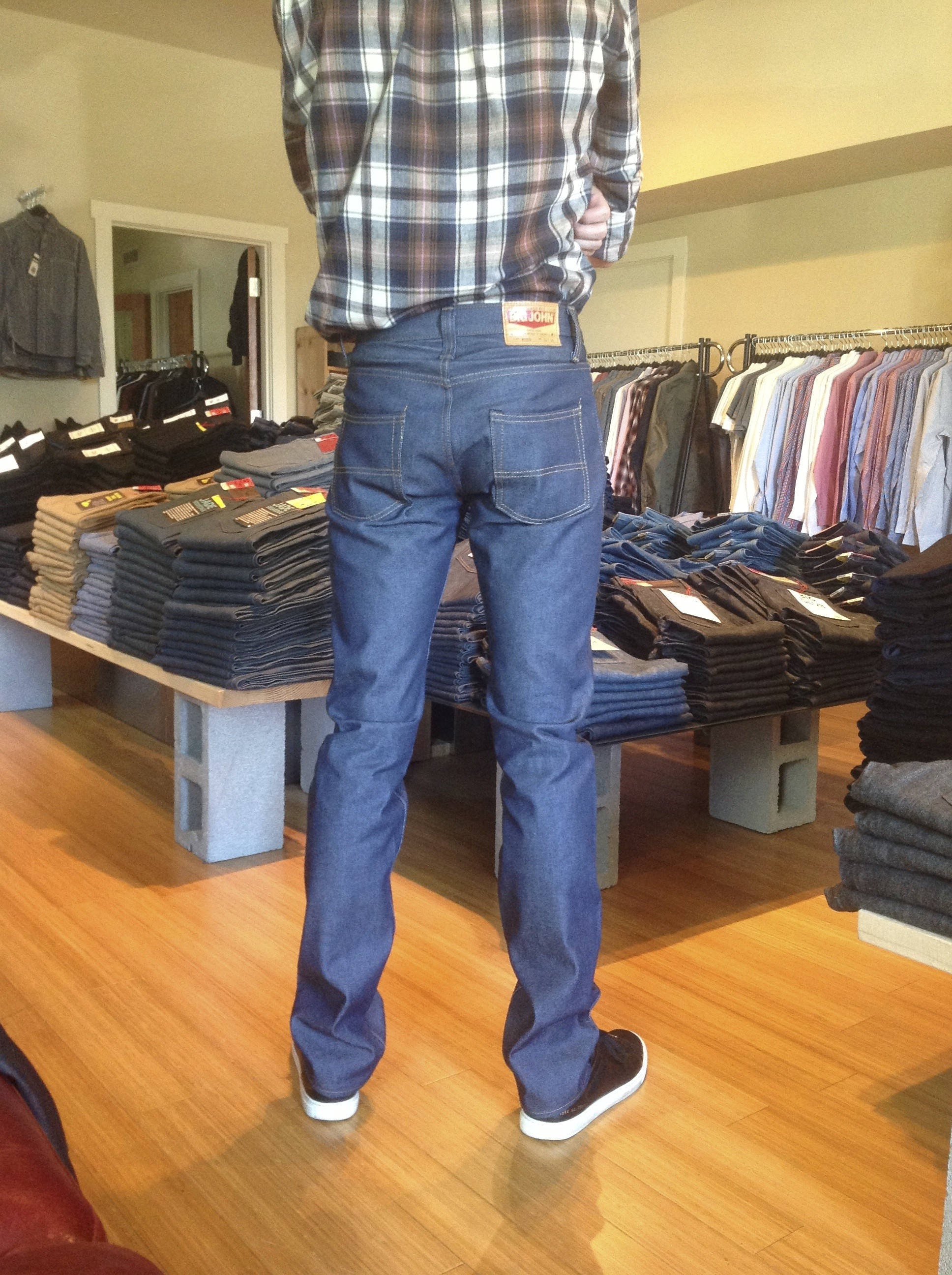 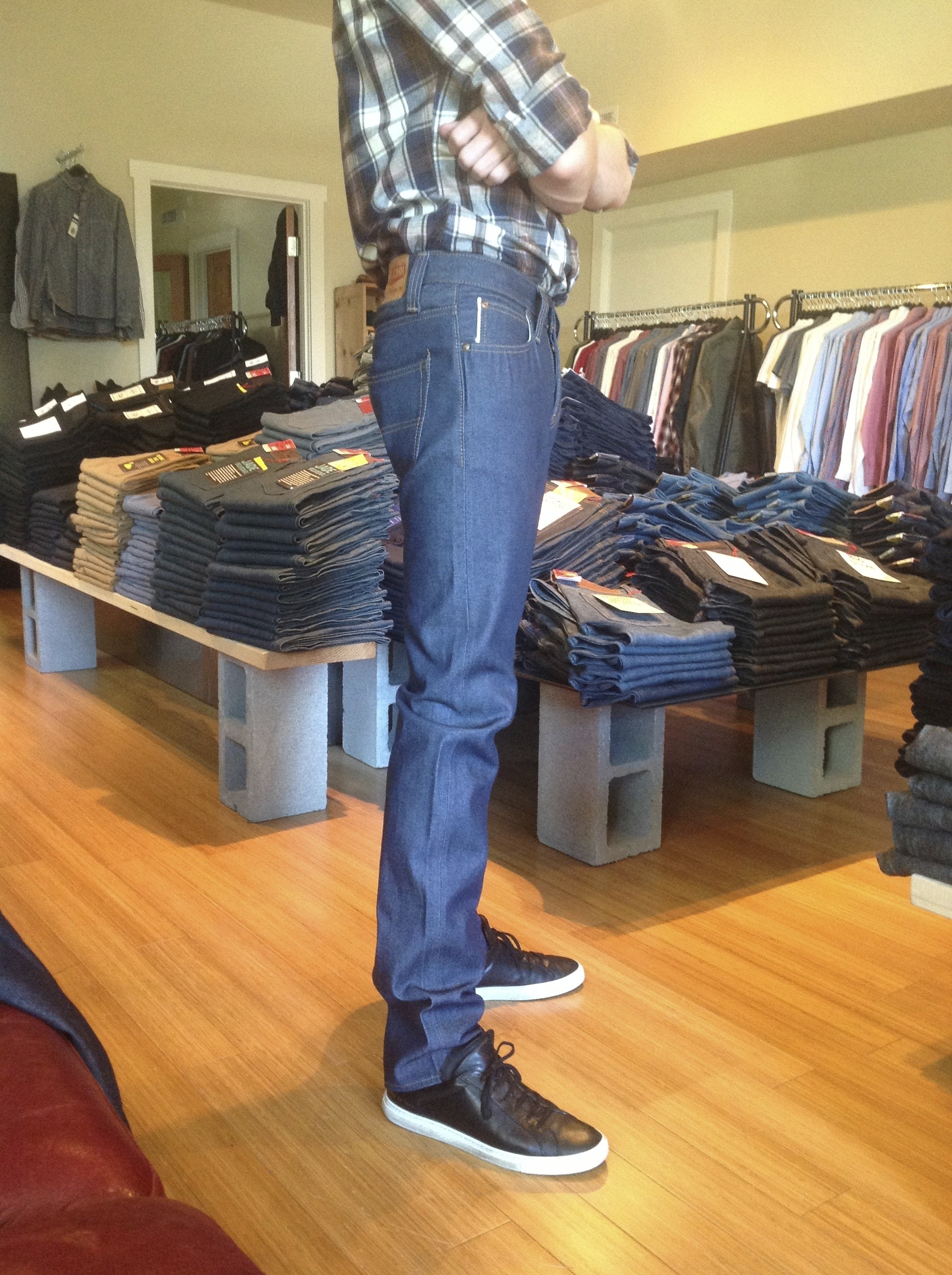 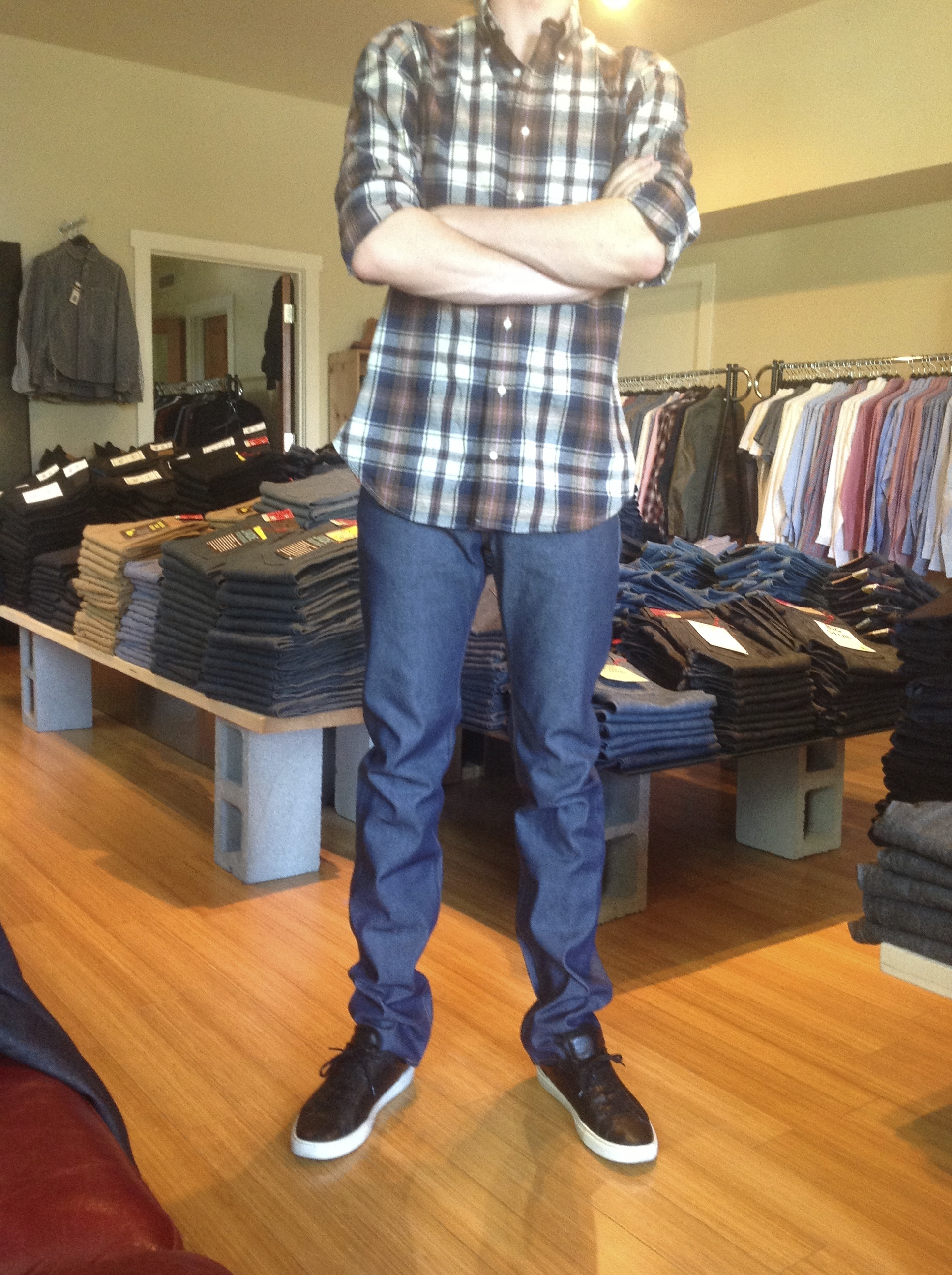 [email protected] said:
I'm local to Seattle. Do you guys have a physical store where I can try stuff on? I'm interested in the Big John stuff...
Click to expand...

Any reviews?
Instead of outright adornment, let the construction, cut and materials do the talking.

Wow, very interested in those Kuro 2's. Considering the pair you were sent to demonstrate fades was only worn about 90-100 times, I would really enjoy seeing this jean properly worn. It reminds me of N&F's kamikaze attack jean almost, except more black.

Distorbiant said:
Wow, very interested in those Kuro 2's. Considering the pair you were sent to demonstrate fades was only worn about 90-100 times, I would really enjoy seeing this jean properly worn. It reminds me of N&F's kamikaze attack jean almost, except more black.
Click to expand...

Looking at picking these up too. Anyone have them yet?
Clothes make the man. Naked people have little or no influence on society.