Background
Falun Gong is a peaceful practice consisting of meditation and gentle exercises. It started in China and promoted by government for health.


Killed for this in China!!! 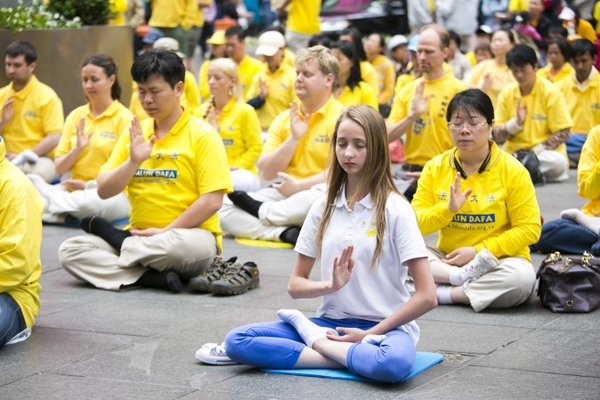 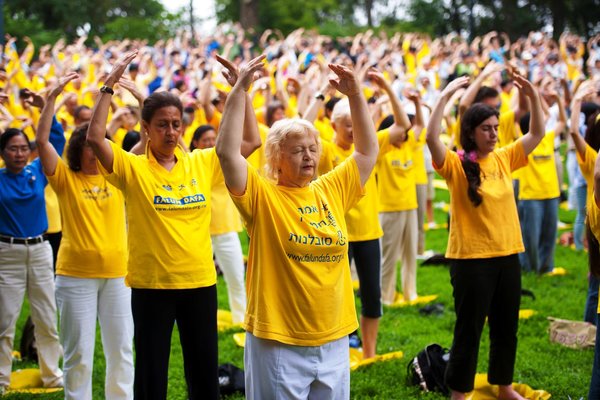 In 1999 it was banned in China because many millions of people practiced Falun Gong and the government saw it as a threat because:
1). Falun Gong people would not water down their practice to suit the chinese communist party ideology, ie, refusing to change the practice to include the CCP being the all knowing and central figure.
2). 100 million people practiced Falun Going in China and wouldn't bowl to chinese communist ideology and control.

The brutal record of the CCP in China is seen as the opposite of the principles to what Falun Gong practice: Truth, Compassion, Tolerance.

The brutality under chinese communism is seen as:
- lies and propaganda to force their form of communism on the people by dressing it up via propaganda to make it look good (opposite of Truth),
- no tolerance of practices that don't follow the CCP (opposite of Tolerance)
- no compassion for any groups or people who go against the totalitarian regime (opposite of compassion) as seen with China's poor human rights record and murder of people and groups for not following the CCP.

The chinese regime ban Falun Gong and jail many many people and carve out their organs while alive and sell them.

“The Tribunal’s members are certain - unanimously, and sure beyond reasonable doubt - that in China forced organ harvesting from prisoners of conscience has been practiced for a substantial period of time involving a very substantial number of victims.”

forced organ harvesting has been committed for years throughout China on a significant scale and that Falun Gong practitioners have been one - and probably the main - source of organ supply.

Christians and Uyghurs also persecuted under communism in China.
Last edited: Jul 31, 2019
me use saphir every day,
it very good.

Here is an example of the chinese communist party forcing groups to change their beliefs and worship the CCP as the all knowing.

Christians are allowed to worship in China under the condition that they worship chairman Mao and xi jinping as the all knowing like a God. 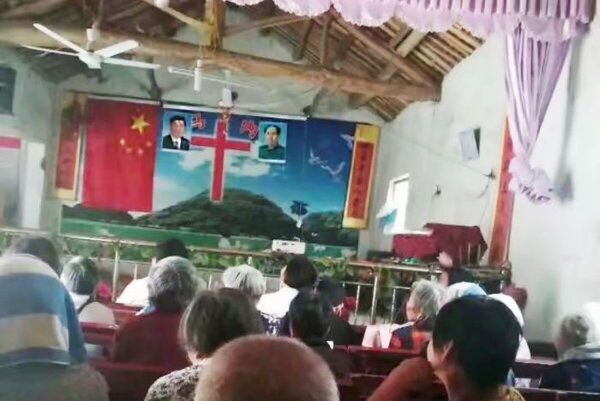 China intensifies its crackdown on religion, with images emerging of Christian crosses burned and ripped down, while pastors say their churches are being transformed into "culture clubs".

and Christians who don't worship those the regime's dictators have their practice banned and are forced to go underground in order to avoid being persecuted.

Over in China a lot of secrets are held. The media and internet is censored over there so the people don't find out about all the human rights abuses and blood shed by the communist regime.

Falun Gong are not a religion, but like various groups they refused to sell out to the chinese regime. Falun Gong was once widely promoted in China by the government and t.v for it's health benefits until the CCP realized it couldn't be taken over by their forceful tactics. Soon after the CCP launched an intense propaganda campaign to destroy the image of Falun Gong, and it worked. Fortunately today much of the CCP propaganda towards Falun Gong has been exposed, but the CCP and chinese consulates still try to destroy any group who dares stand up for their rights.

Tai Chi was allowed to continue in China because the CCP took over the practice and forced changes to when it was allowed to be practiced and how the exercises were to be done.
Last edited: Jul 31, 2019
me use saphir every day,
it very good.

The Uyghurs and Falun Gong people are kept in concentration camps in China. They are blood tested.

A short wait for an organ transplant in China because they take the Falun Gong people and others, take them to the hospitals and murder them on demand.

Hard to find an organ match so it take years to find a match in other countries because tissue typing and blood match and other things need to be done, but having a large pool of people in concentration camps make it easy to find a match in China.

Many parliament around the world acknowledge organ harvesting of Falun Gong people.

Text - H.Res.343 - 114th Congress (2015-2016): Expressing concern regarding persistent and credible reports of systematic, state-sanctioned organ harvesting from non-consenting prisoners of conscience in the People's Republic of China, including from large numbers of Falun Gong practitioners and members of other religious and ethnic minority groups.

Text for H.Res.343 - 114th Congress (2015-2016): Expressing concern regarding persistent and credible reports of systematic, state-sanctioned organ harvesting from non-consenting prisoners of conscience in the People's Republic of China, including from large numbers of Falun Gong practitioners...
www.congress.gov
me use saphir every day,
it very good.