Why so much hate for square toe shoes?

mhip said:
You can be square, and still relevant ( for probably 5 minutes ) if you're willing to go Tabi...

Wow now those are awful looking.
A

Better than your squared toes.

Just look at nature, nothing is as squared as your shoes. So they don't look natural.

Post some full outfits with those shoes. You can't look good in them.
T

Just look at nature, nothing is as squared as your shoes. So they don't look natural.

I dont think so Tom Ford lol.
A

Square-toed shoes don't follow the natural contour of the foot so they look contrived. Of course some shoes with a more rounded toe share the same sin, but to a lesser degree.

Square-toed shoes are considered bad because they're associated with a very bad period of style. In the 90s, lots of guys wore squared-toe shoes from Kenneth Cole. Then in the mid- to late-aughts, a large wave of men came into the "men's style community" and many were given a very basic piece of advice: improve your wardrobe by getting rid of those squared toes shoes, and replace them with round- or almond-toe brown shoes. It was just an easy piece of advice to get them started towards dressing better.

In reality, the silhouette of your shoes should work in concert with everything else in your wardrobe. There are extremely narrow niches of fashion right now where black squared-toe shoes are coming back. These sections are so narrowly defined, it's not really worth exploring in this specific subforum. But it's worth thinking about shoes in terms of the total silhouette of your wardrobe.

Start with the type of wardrobe you want to create -- the styles, the silhouettes, and the function of those clothes. Think about how they work for your body type and lifestyle. Then work towards that. There are some shoes with a heavier-looking silhouette (e.g. Alden) that will go with certain clothes (e.g., raw denim jeans and a heavy flannel shirt, or very traditional American styles of tailoring). There are also shoes with very thin and dainty silhouettes (e.g., Saint Crispins) that will be better with similarly narrow trousers (e.g., Italian pants, soft-shouldered sport coat, etc).

From the questions you've been posting, it sounds like you're just starting to build a better wardrobe. I recommend keeping it simple: get rid of the square-toed shoes you posted earlier (they are not good, sorry). And get a pair of suede chukkas, such as Loake's Kempton or something from Meermin. These are relatively affordable (around $200) and they will allow you to play with a wide range of aesthetics. Ten years from now, you may dress very differently, so start with very basic things that allow you to explore.

Loake's Kempton (or their equivalent from brands such as Meermin or Herring) can be worn with jeans, chinos, and some tailored trousers. You are probably not going to wear suits, so don't wear these with suits. But you may wear sport coats. These will go with sport coats. They can also be worn with very basic things that you'd wear with jeans, such as Aran sweaters, field jackets, topcoats, and the like.

Men's style has moved very far from where it was in 2005 or so, when that first advice was given ("get rid of your black squared toes shoes"). But some ideas from that period are still useful if you're starting to learn how to dress better. It's generally true that you should stick to more natural-looking last shapes, such as round and almond toe shoes.

Reddit also has a subforum called Male Fashion Advice. When you go there, there's a right-hand bar with links to many useful articles. Those articles are also worth exploring. That subforum has really nailed down how to guide men from the very beginning stages of learning to dress better to a more flexible situation that allows them to explore other styles. They are also a little more sensitive to price, which helps people starting off. 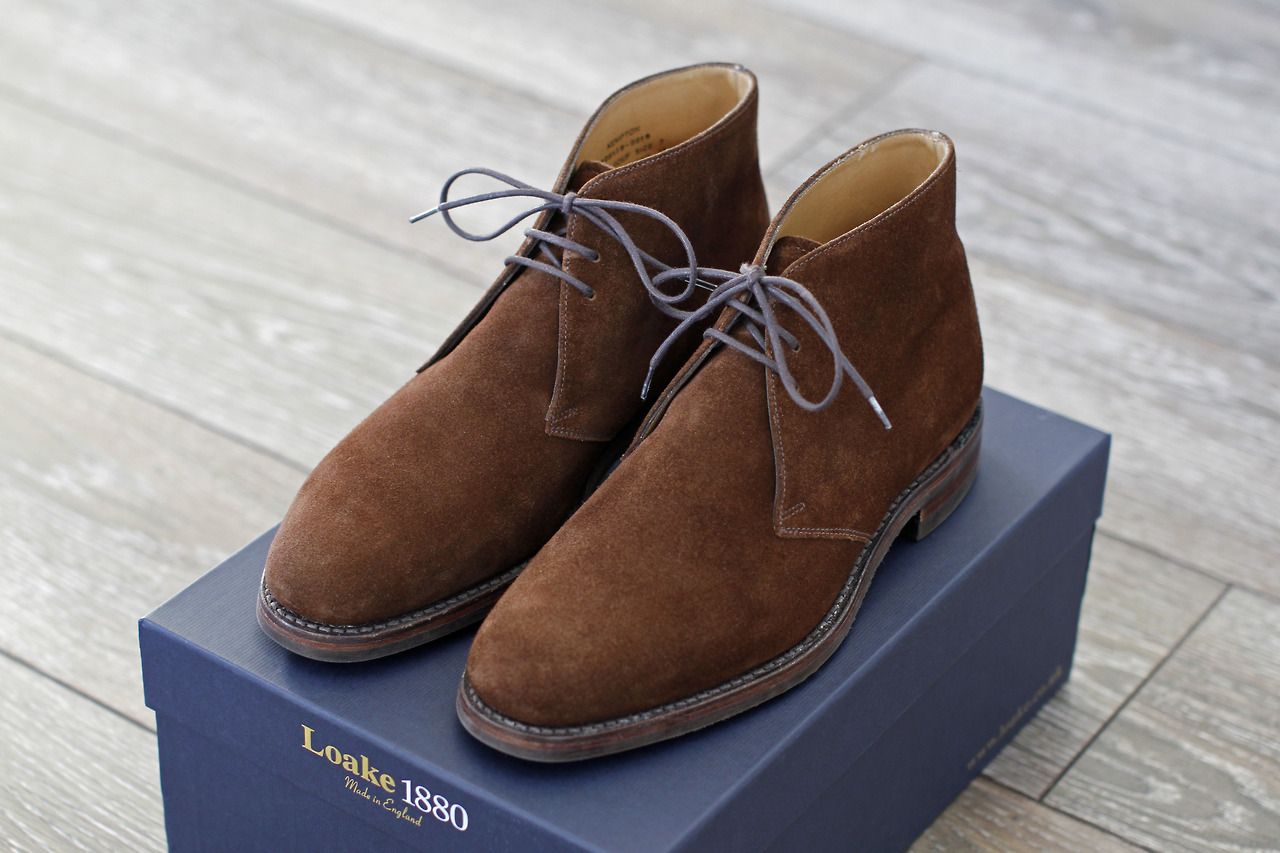 Square-toed shoes are simply not very elegant. They look like Pilgrim shoes in countless public library murals around Boston. (The native Americans are generally wearing cool moccasins.) Even the name sounds…square.

Shoes don’t need to reflect the natural shape of the foot and in fact rarely do—just look at women’s dress shoes, which keep armies of podiatrists gainfully employed. Why do women subject themselves to that torture? Because pointed high-heeled shoes look sexy.

Thankfully men don’t wear spike heels but their dress shoes also look more elegant when they are somewhat pointed. Think of the difference between the tip of an arrow (sharp) and the tip of a bullet (dull). Most men would choose sharp over dull, which is why square-toed shoes had the fashion life of a fruit fly. Not counting the Pilgrim era.

I think an English Chisel Toe Shoe can look rather elegant on taller men, they have to be lace ups though

Phileas Fogg said:
I think you could do much better. First off, they’re incredibly dated. Even when they were en Vogue, they were ugly.

if those shoes were a rock band they’d be Whitesnake.


if a movie? Fast and Furious

If an actor? Dwayne Johnson

if a pop band? BT…..whatever the last letter

If a book? Anything by James Patterson

If a television show? Friends

If a food? Tofu

If a restaurant? Olive Garden

If Italian food? See above

I agree that all of this is schlock except for Friends. Friends was a genuinely funny, witty, well-written show and probably the best sitcom of all time. People love to hate it, but there's no denying it makes me laugh.

Square-toed shoes are reminiscent of the universal-last shoes of the 17th and 18th centuries (right and left shoe were both made from the same symmetrical last, not a right and left foot last).