What TV Series Are You Streaming Lately?

The Boys had a group, Guardians of the Galaxy, energy that kept it moving. The Preacher, not so much
One of the annoying things about believing in free will and individual responsibility is the difficulty of finding somebody to blame your problems on. And when you do find somebody, it's remarkable how often his picture turns up on your driver's license.----- PJ O'Rourke

Started The Outsider. Moves too slowly - thankfully I streamed 3 episodes back to back although I could care less about any of the characters. Ben Mendelsohn's cop lost me with the obnoxiously staged arrest. The apparent super natural element is kind of lame but I'm somewhat invested in the mini series now so will see how it plays out. 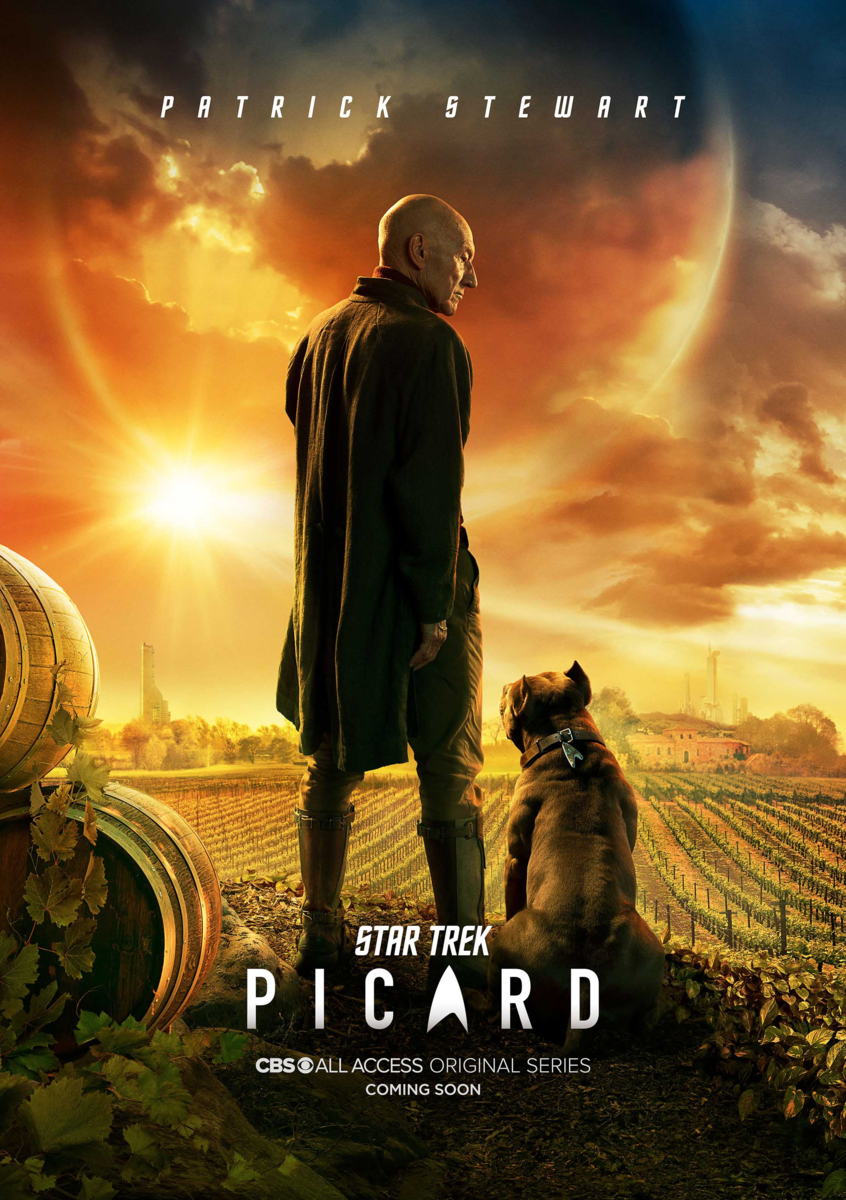 Picard has started off good...really good. The graphics/special effects on these new Star Trek shows are damn near on par with current big budget movies. Ain't technology grand?

2 episodes in and Avenue 5 is the funniest show I've see in the past few years. Hilarious.

Finished Mindhunter, which I have learned is "soft cancelled" (everyone has been released from their contracts). I enjoyed S2 a lot more than S1. I hope eventually it comes back, if only to continue/resolve the BTK arc they've been teasing.

I just watched the first 3 episodes of Avenue 5. I think I could like this show more, but I really really don’t like Josh Gad in it. It feels like he wants to be Jack Black or something, but he just can’t pull it off. Jack Black in this role would have been amazing.

Oddly, I find Josh Gad less grating than Jack Black, though I think Black is a significantly better actor. He was really good in Bernie.

I think Gad is great in Avenue 5, but I don't have much of a memory of him in other shows so it doesn't seem like a bad fit. The show is hilarious

Finished The Witcher. Entertaining, but had a Jeffrey Epstein-ish vibe. I haven't read the book, but a 12 year old girl running into Superman's arms, after she has been told he is her destiny, felt dirty.

I got to episode 6 of the Witcher before I gave up on thinking it would grow on me. Just not what I was hoping for. I wanted something genuinely scary or at least creepy.

No hot bitches in tapestries, then no thanks.

Question for Picard fans, well Trekkies in general....why do you think there is still so much bad blood between the Federation and Romulan Empire? It doesn't make much sense to me.

After the Romulan Empire bought Sisko and Garaks' false flag operation and dragged them into the Dominion War, they became allies of the Federation. Normally, it wouldn't be hard to believe they would become adversaries again after that war ended....but then, how does that explain the Klingons? Why was the Federation okay with the Klingon Empire, or whatever was left of it afterwards, but went cold on the Romulans?

It's kind of hard to believe they'd turn their backs on the Romulans, who were facing annihilation, when it didn't happen like that with the Klingons at all thanks to Kirk. How come Kirk was able to hold the Federation together while helping a major adversary, but Picard wasn't?

First off, thanks for somewhat spoiling Picard for me.
To answer the question though, the Klingons were worthy adversaries and a great ally in space whereas the Romulans were always the mysterious, smart, militaristic cousin of the Vulcans. I don’t think it would ever be of benefit to be allies. Romulans were never trustworthy, Klingons actually are, and were probably the most deceptive of all species not named Ferengi. Not that several attempts at peace were made throughout the series. It just never happened.

Hey I didn't spoil anything. Trust me, don't worry.

You also have part of your answer in your first part. Picard. Think Star Trek Nemesis. The Romulans tried to clone Picard in order to breed the perfect spy into the Federation. And when that plan fell out of favor, they just ditched the being onto their slave planet. Even a Picard hater in the Federation wouldn’t stand for that sort of diabolical scheme.

Fair enough, but Shinzen did go rogue, and I don't know, it's not like the Romulans being sneaky was ever a big secret itself. And the Federation has Section 31, Romulans have Tal Shiar, Cardassians have Obsidian Order. It still doesn't make sense compared to how readily they accepted the Klingons as allies. Their sense of honor was ultimately might makes right.

javyn said:
Why was the Federation okay with the Klingon Empire, or whatever was left of it afterwards, but went cold on the Romulans?
Click to expand...

Because Trek always took the easy way out and depicted the Klingons as an "empire" with no subjects.

I guess they did that with the Romulans, too, but it was also suggested over and over that the Romulans were just people too and we'd all be pals eventually.

The only empire we see with actual subjects is the Cardassians, and apparently they only had one occupied planet and not for very long. (And that was only in Deep Space 9; in TNG the Cardassians are said to have expelled the Bajorans, not occupied their planet). Curiously the occupation is said to have resulted in an absurdly small number of deaths over a very long period of time (something like 25 million on an entire planet over 100 years). Given how we count deaths from wars and natural disasters, it seems probable that the occupation really was as benign and possibly benevolent as the Cardassians say it was.
You must log in or register to reply here.
Share:
Facebook Twitter Reddit Pinterest Tumblr WhatsApp Email Link
New posts