Excellent ensemble cast and great story. The cigarette smoking is constant and its good for your health..not. 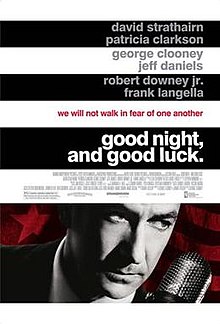 If there is life on other planets, then the Earth is the Universe’s Insane Asylum…Voltaire

Hard to rank this one. If you like Wes Anderson, you'll like it. I found 2 of the 3 major vignettes really compelling. The other was kind of meh. The prologue/epilogue were also kind of meh.

So evaluating overall, not his best, but the two vignettes I liked really sucked me in.

If you're not into Wes, you'll probably hate it.

I also think the Alamo pre-show really helped set this one up, showing a lot of the influences he drew on for the film. Probably will see it again. There's not much else worth seeing, and I have dat Alamo Season Pass.
Click to expand...

I love Wes Anderson, I thought this was HIGHLY enjoyable. It felt like one of the most WA of WA movies, to the extent that the story felt weak in comparison. However, viewing it like a magazine, where it's a sort of a compilation of unrelated things tied loosely together made me feel better about the thing as a composition as a whole. Overall, very charming though, had plenty of those sweet details that make his movies what they are. Not something I'll go way out of my way to watch again, but am eagerly anticipating watching it again with my brother next week.

So, yeah. After talking to other people about the film, seems like 95% of the negative reactions are "THERE'S NO STORY!" or "it's waaayyy too Wes Anderson."

It's an anthology film. It's not supposed to have a narrative. That's the whole point. I think that was fairly obvious going into it. This is not a new thing. Ballad of Buster Scruggs, Red Violin, New York Stories, Coffee and Cigarettes, etc.

I'm fine with critiquing it on its merits, but "IT DOESN'T HAVE A STORY WHERE'S THE STORY?" is just lazy.

Geoffrey Firmin said:
Dystopian Sci Fi still good after all these years and maybe closer to the truth of predictions of the Climate Emergency than one would like.
View attachment 1703722
Click to expand...

One of the most eerily prescient films. Check the date on the report that is the center Maguffin of the film:


Enjoyed it. But fell asleep once only to be awaken by the mystery "sonic boom" sound rather like the lady protagonist herself in the movie, I guess it's a case of life imitating art in real time.

The action is more aural than visual. What is visual is contemplation and there is plenty of it. Something to look at like at a still, until something unexpectedly happens, except that it never does bar one instance. What's going on? (if anything) apart is the question and the answer is with the viewer, although aliens may or may not have been involved.
The mystery sound is a candidate for an Oscar, outplayed everyone.
Click to expand...

The distributor has a curious release strategy for Memoria in the US.

From now until the end of time, insists Neon, Memoria will screen “in front of only one solitary audience at any given time,” moving “from city to city, theater to theater, week by week.” There will never be a release on Blu-ray or DVD, and the film will never stream on any service. “The only means of experiencing Memoria will be in theaters . . . forever.”
Click to expand...

As art house as it can get, no?


https://www.criterion.com/current/posts/7562-memoria-goes-on-tour
August von Kotzebue · Everything a man of style puts on his body must be broken in, nothing should appear new. (1804)
***
Piscator non solum piscatur

I'm not a Wes Anderson fan but I did like the one he did with Bill Murray so I'll probably give the new one a shot.
troller est sa raison d'être

I am going to see it tomorrow.

some already commented it's very sartorial 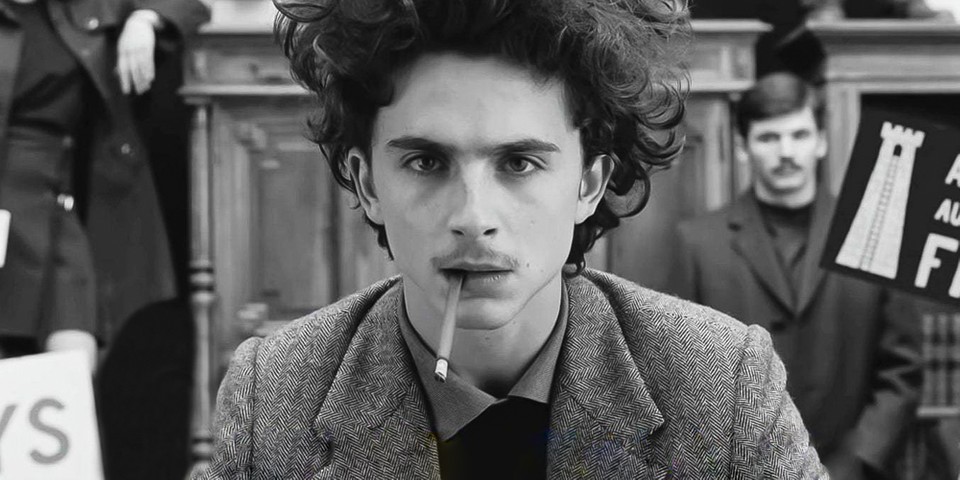 The children old people are grumpy. Mainly because they dislike the Todd Snyder x J. Press collab. Especially because it used the “x”, which is vulgar.

alittlebitofrest.com
August von Kotzebue · Everything a man of style puts on his body must be broken in, nothing should appear new. (1804)
***
Piscator non solum piscatur 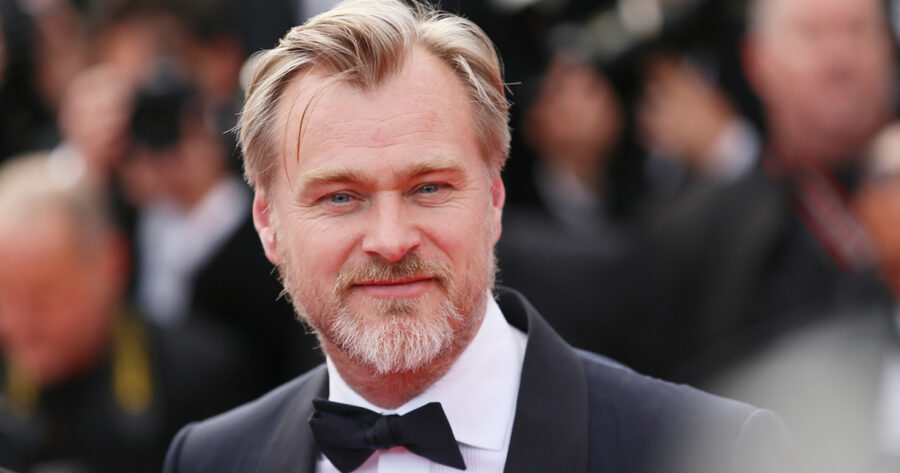 Christopher Nolan’s next film will require viewers to run between three different theaters at once to fully experience the film.

No Time to Die Enter at own risk

Just saw No Time to Die…WTF is this crap? I saw Bond being DNA infected a mile away. But seriously because Craig wants out they kill off Bond? Or will the new Bond arrive replete with new M Q & Money Penny? No other Bond has quit the franchise like this before..FUBAR!
If there is life on other planets, then the Earth is the Universe’s Insane Asylum…Voltaire

The fact that Gene Hackman wasn't even nominated for an Academy Award for his role in Royal Tenenbaums is a travesty.
I wonder if they put methamphetamine in Starbuck brew? After drinking half of a tall coffee the particles of my mente have veered from their orbits basically just careening around the mindspace. - L'Incandescent

HORNS said:
The fact that Gene Hackman wasn't even nominated for an Academy Award for his role in Royal Tenenbaums is a travesty.
Click to expand...

could not agree more. One of my favorites. So many great quotes.

“There are no teams”

“Anybody interested in grabbing a couple of burgers and hittin' the cemetery?”

“Hell of a grave, wish it were mine”

I quite liked it. I wonder if it's actually better for people who don't know much about dune. I felt like they explained things well. the exposition was a little video gamey, but that's fine. it's better than lame dialogue.
Last edited: Nov 21, 2021
sll my worfds come back to me i shad es of meic rocrity

On Netflix: first movie that came up in my recommendation list, and instantly hit play. 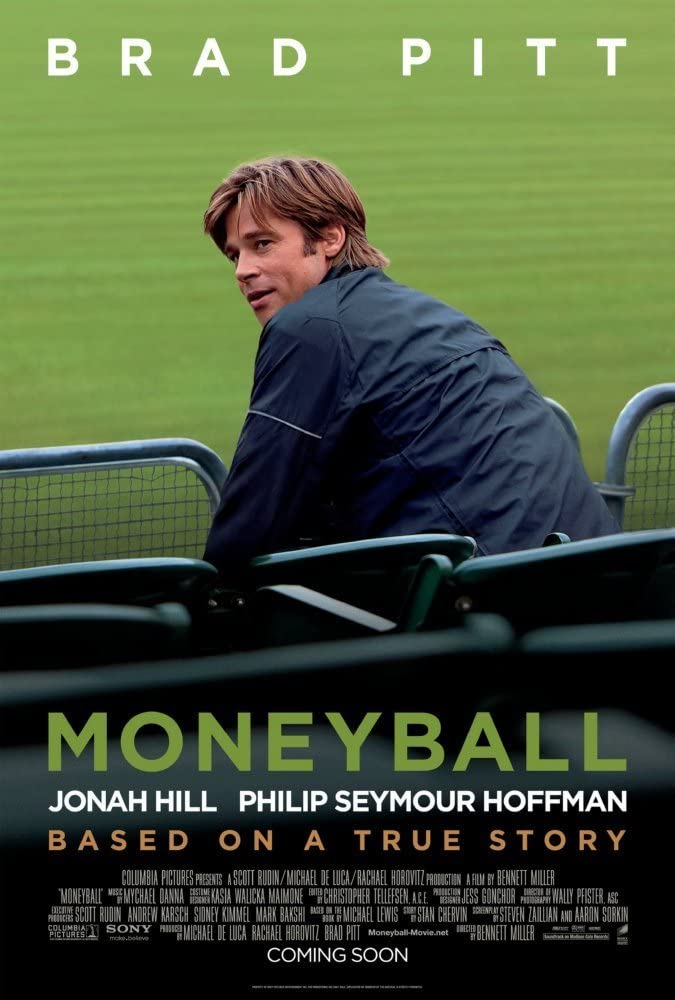 Immensely rewatchable. One of my favorite Pitt performances, but really found Jonah Hill's performance to be exceptional in its restraint and timidity this time around.

King Calder said:
On Netflix: first movie that came up in my recommendation list, and instantly hit play.

Immensely rewatchable. One of my favorite Pitt performances, but really found Jonah Hill's performance to be exceptional in its restraint and timidity this time around.
Click to expand...

Yes, it's a great movie and shows that Pitt really is a good actor. I know virtually nothing about baseball but still enjoyed it immensely.

All: "He gets on base."
Largely ignorant, but slowly learning