What are you drinking right now?

venividivicibj said:
Are those 175ml splits?
Click to expand...

Next time I’m doing this. Unfortunately, I’d just made a rather large purchase from Bottles and Bitters, not too long before my wine.com order. Was a bit concerned my wife would raise an eyebrow, so kept it to four bottles. Of course, I got in the doghouse for a coupla’ days anyway after my buddy and I smashed a bottle of Wray&Nephew in one sitting. That rarely happens, so she couldn’t get too uptight about it... Just made sure to bang out a bit of the Honey-Do list and all was well.

Piobaire said:
Is this the Speakeasy you were talking about?
Click to expand...


edinatlanta said:
My last name lends itself naturally to tikidom but in the last like two three years or so. Just get latitude 29 or small hands (on Amazon) for orgeat. There's a few recipes floating around and for me latitude 29 get exactly what I want so im ok getting a bottle every few months
Click to expand...

Ok. Just ordered the Latitude. I bought it once before and handed it off before using it for much. I've had the Small Hands and was, like, meh. Have the Giffard and Marie Brizzard and they taste like zinc like Fees. I am such a PITA about orgeat.


venividivicibj said:
I can’t afford to get into rum.
Click to expand...

Can you afford not to, is the real question. Rum is the least expensive of the dark spirits in terms of QPR. For $50 of rum, you get a really really good drinking experience. Zacapa or Plantation 20th anniversary are ridiculous drinking rums under $50.

Before dinner I had a Paper Plane, one of the best variations of the Last Word. To my knowledge, there is no variation made with blended scotch (I don't consider the Penicillin to be a true variation because it doesn't contain four ingredients in equal parts), so I'm going to try to invent one. Lemon juice is the obvious second ingredient, so I'm going to play around with the other two ingredients. The first try turned out to be a bit too tart.
Click to expand...

Try and amaro with some smoke notes, sfumato rubarbo. I wouldn’t use that ingredient in equal parts as everything else.
if you’ll allow that in your limited bottle selection.

You know, I always want to love the Paper Plane, but I never quite do. While it is indeed a Quad, as Bhowie would say, I've struggled with considering it a LW variant even though that is how it is billed, because using an amaro as one of the four is to me very different than two liqueurs. The best LW variations that I've ever had are Bobby Heugel's Eulogy (Strega, Falernum, Arrack, Lime), Damon Dyer's Monte Cassino (Yellow Chartreuse, Benedictine, Rye, Lemon), and Franck Andoux's The Yellow (Yellow Chartreuse, Suze, Gin, Lemon) -- though that last may fail my taxonomic test as well. Sfumato and Benedictine might be good, as the honey in Benedictine plays well with Scotch. Felsinas, like Ramazotti, might also work well -- the Ramazotti-based Scottish Cyclops marries whisky well with that amaro.

Lately, I've been enamored with the idea of the 'Amaro Daquiri' from Billy Sunday -- 2 oz amaro, 3/4 each simple and juice. Their recipe is equal parts Sfumato and Braulio, but I am not as fond of mixing the amaros. Each of them are heavy hitters and can get muddy. I've enjoyed the cocktails more sticking with one amaro -- Montenegro/Lemon, Etna/Lime and Nardini/Lemon have been really, really good. I like the lower proof, too. I'd highly encourage trying this with any amaro you have kicking around. It's so easy.

Now that I am thinking about it, Montenegro/Benedictine/Scotch/Lemon might be amazing. OK, I am clearly trying that tonight.

~ H
"Courtesy is every man's own affair, but decency is a debt to life."

Disclaimer: Views expressed in this post may not be my own. I may adopt them for reasons including, but not limited to, amusement, argument, or research.

Amaro is probably my next frontier... but for the last several years, and at least the foreseeable future, I’m absolutely obsessed with rum. Will always have a soft spot for bourbon and rye, but rum seems to know no bounds. Pairs seamlessly with my cigars as well...
Last edited: Aug 13, 2020

Friday night had two schooners of a quality milk stout with Mrs GF she was drinking Capital Ale Summer Breeze and a pizza at Grease Monkey bar then turfed out after an hour....an hour WTF? Couldn’t find another bar that wasn’t fully booked, so quality bottle shop visit for a few tinnies of this and home. 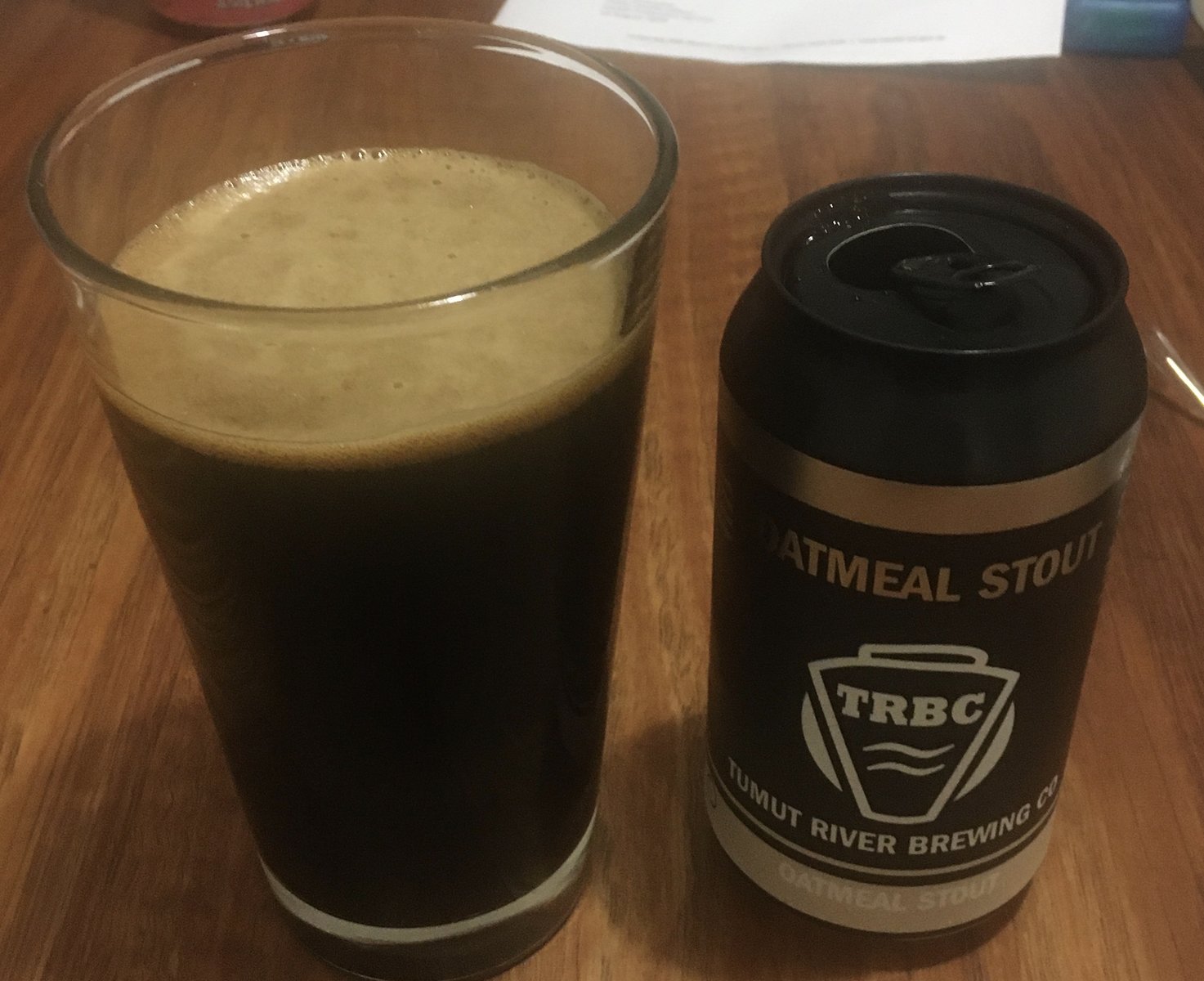 At least there is a choice of rugby or league on the box. Damn you Covid 19.

Style is an attempt to show others what we think of ourselves; G.Bruce.Boyer 2019 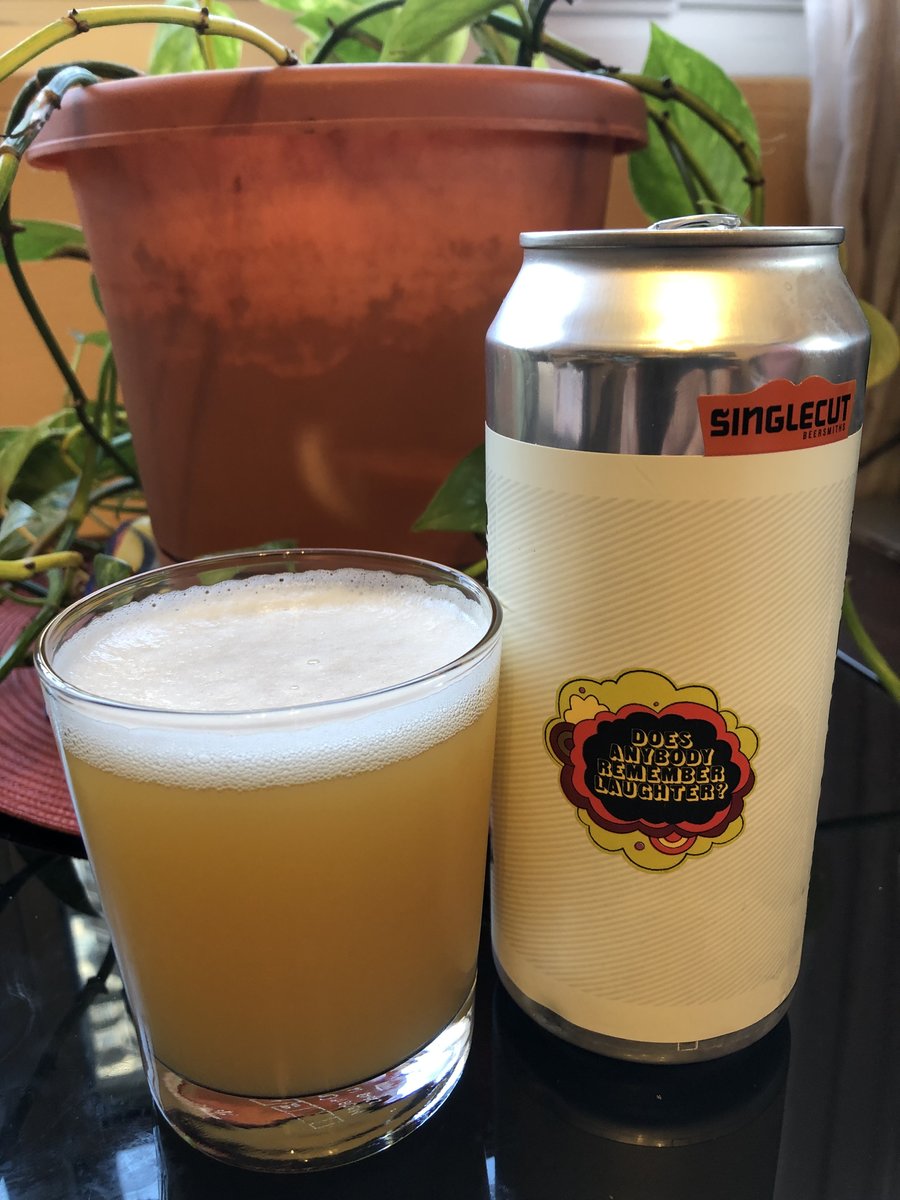 Odd name for a beer.

edit: mobile strikes again. I read that as “Does anyone remember daughter”.

I was going to makena wray n ting but it turns out i bought Mexican Squirt. Its the same basically.

Anyway even though Wray & Nephew is firewater obviously, it's still a very good rum. Somehow the ting/squirt hides the fire and you get a really good rum flavor. So good.

edit: mobile strikes again. I read that as “Does anyone remember daughter”.
Click to expand...

I would never have thought it said anything other than daughter had you not made that edit lol
Perfect as the wing of a bird may be, it will never enable the bird to fly if unsupported by the air. Facts are the air of science. Without them a man of science can never rise. --Pavlov
S

Geoffrey Firmin said:
Friday night had two schooners of a quality milk stout with Mrs GF she was drinking Capital Ale Summer Breeze and a pizza at Grease Monkey bar then turfed out after an hour....an hour WTF? Couldn’t find another bar that wasn’t fully booked, so quality bottle shop visit for a few tinnies of this and home.
View attachment 1440782
At least there is a choice of rugby or league on the box. Damn you Covid 19.

Thumbs up to rugby (former outside center)

I'm having a "leftover cocktail." That's my name for any drink made up of the last bit of bottles that don't have enough liquid remaining for a real drink. Mine is made up of 1 oz. bourbon and 0.5 oz. cognac. I threw in some Aperol, simple syrup, and Clear Creek pear brandy. Much better than I thought it would be.
"Whatever you do in life, make sure to surround yourself with smart people who will argue with you." -- John Wooden