That I don't know, my Halketts in 2030 from this season are pointy like they should be 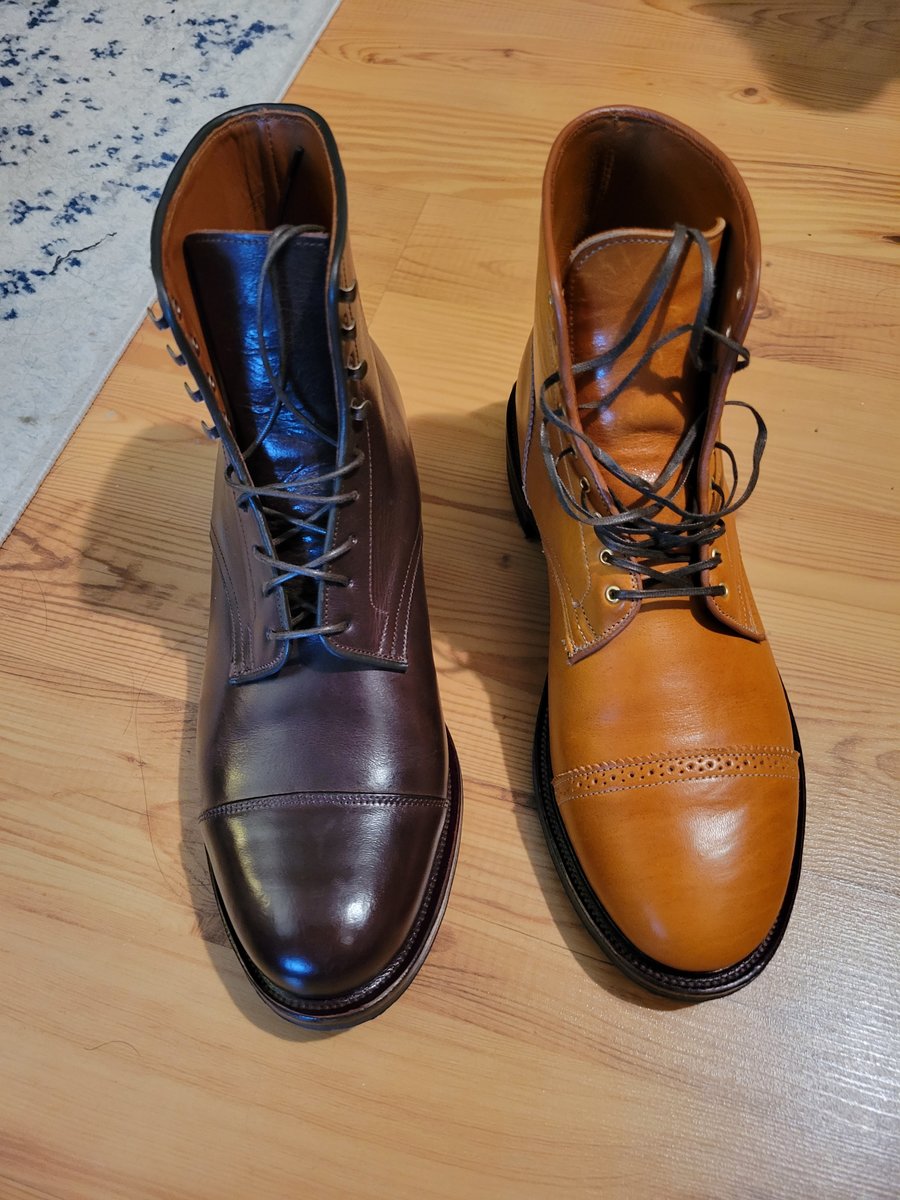 I don't know if its specific to service boots, specific to just a few runs, or what
Its okay to love a product you don't really trust

The only 2030 pair I have thats noticeably different fit wise are the mocha shells.
Its okay to love a product you don't really trust

Crizzlelovesyou said:
they are trying to push more of the .5 down brannock people into the full down
Click to expand...

Crizzlelovesyou said:
Its definitely more forgiving. I think they are trying to push more of the .5 down brannock people into the full down. I will say the dublins are way more comfortable out of the box than I thought they would be.
Click to expand...

As I noted in an earlier post with my new 2030 chromepaks, the fit has considerably more volume than any other 2030 I own (2019 and earlier). Enough so that I hope I am not running half a size too big with this purchase.

Man I regret not getting those now

WatchesCars said:
anyone else notice 2030 last in the forefoot has much more room than even last years 2030?
Click to expand...

I’ve noticed a slight variance in room depending on leather and construction but not enough to change how I size.

The comipel horsebutt halketts are snug but the DR black Maryam horsebutt service boots have a decent amount of room while both being the same size and last.
——
IG: @shoenabler
C

I can chime in on the 2030 sizing. My 2030 crust CXL and Lost & Found Natty CXL makeups are some of the best-fitting boots I own. I got a pair of the Miloh Shop brown waxed flesh in September 2020 and the more recent S&S vintage mocha harness 2030 makeup. Both of those newer 2030 makeups are noticeably bigger than my older 2030 pairs. So much so, that I reached out to different retailers that were selling 1035 makeups to ensure that Viberg didn't change the 1035 sizing too. No one seemed to understand what I was talking about, though. I previously was a size 8 in the 2030, but I'm not even sure what I would be now. I'm probably not going to purchase any 2030s going forward and stick with 1035, 2045, 2040.

I attribute the boots feeling larger to the fact that the quarters are a bit shorter than the older 2030 last makeups, and that makes the vamp appear and feel longer/roomier. But that's just my experience. 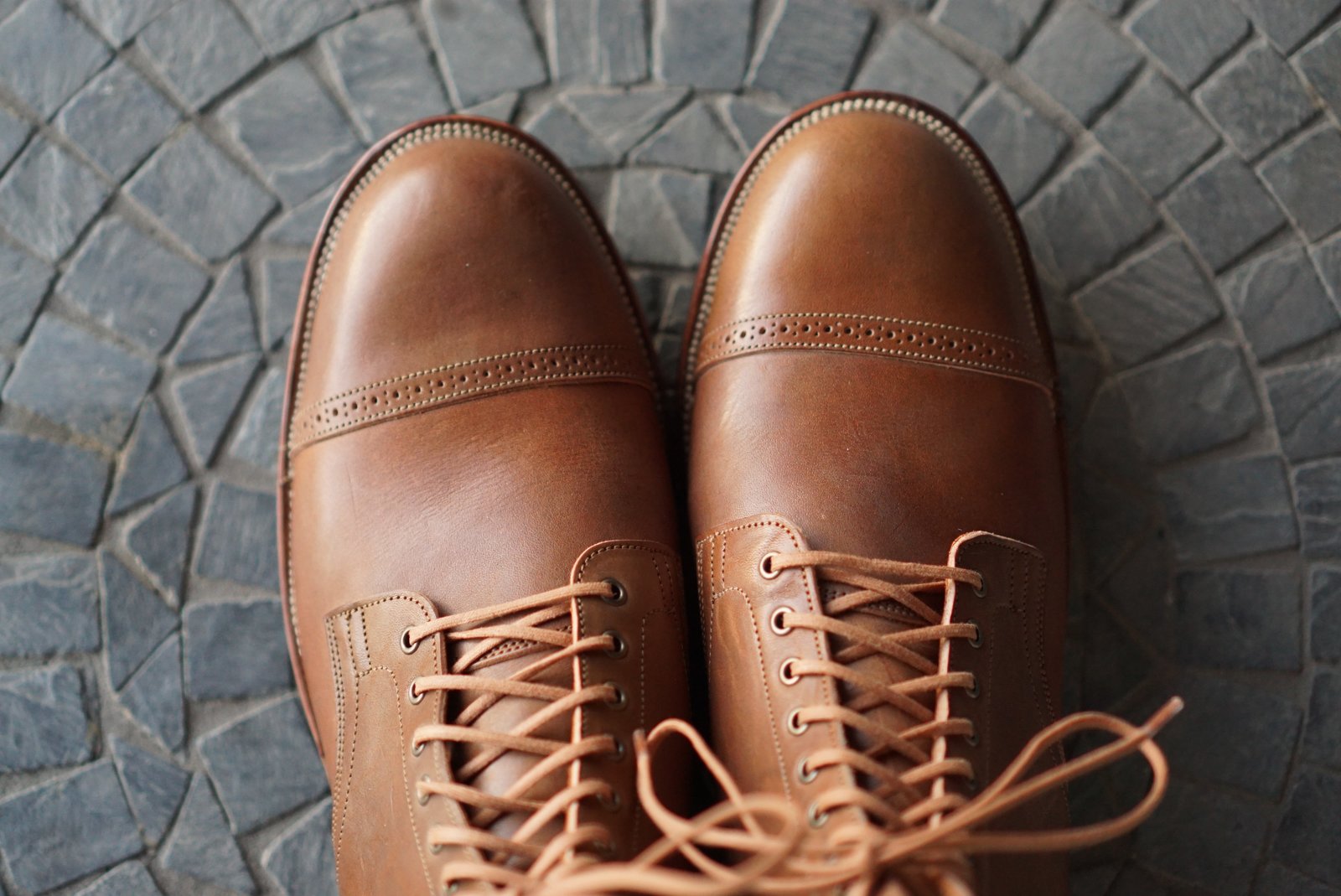 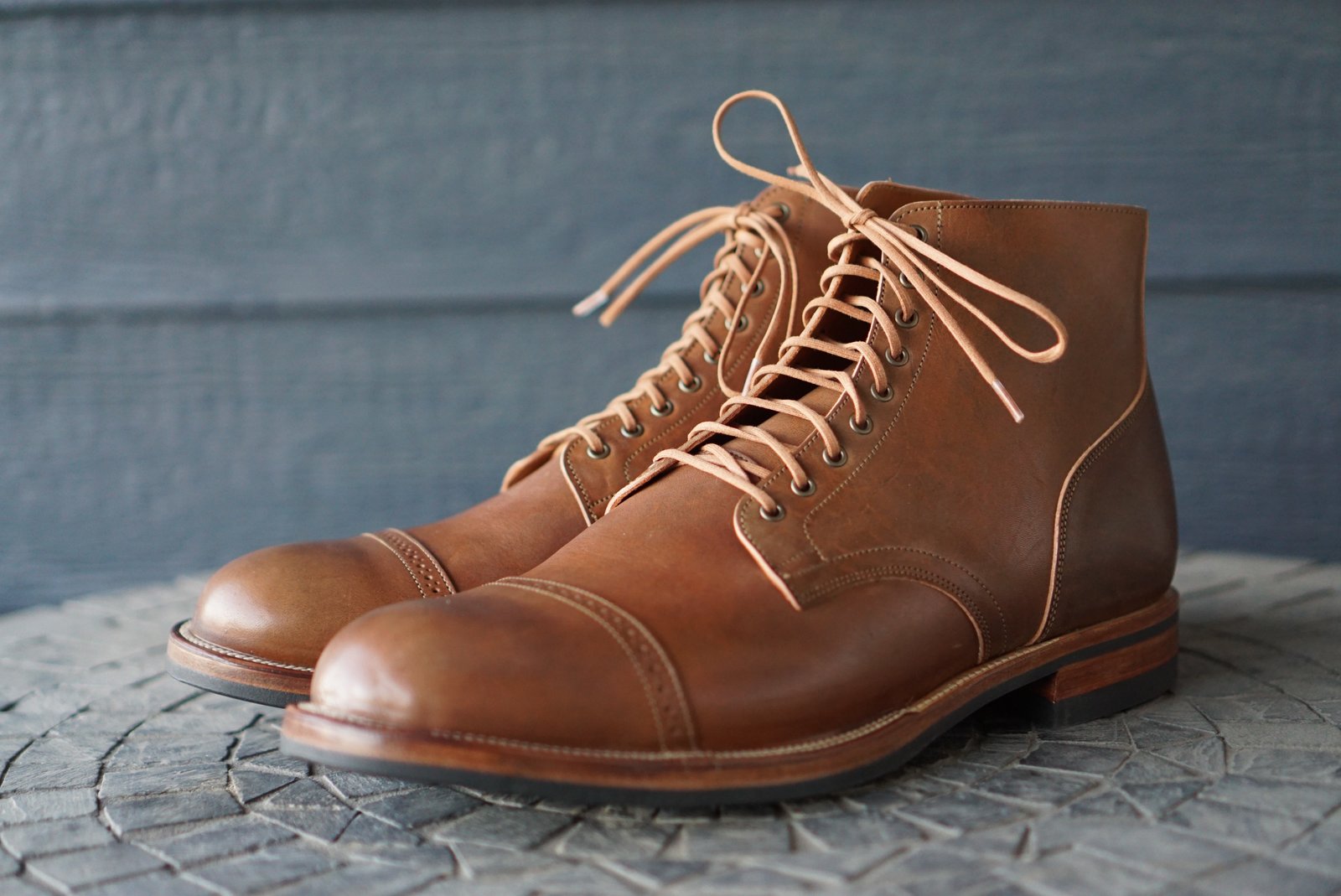 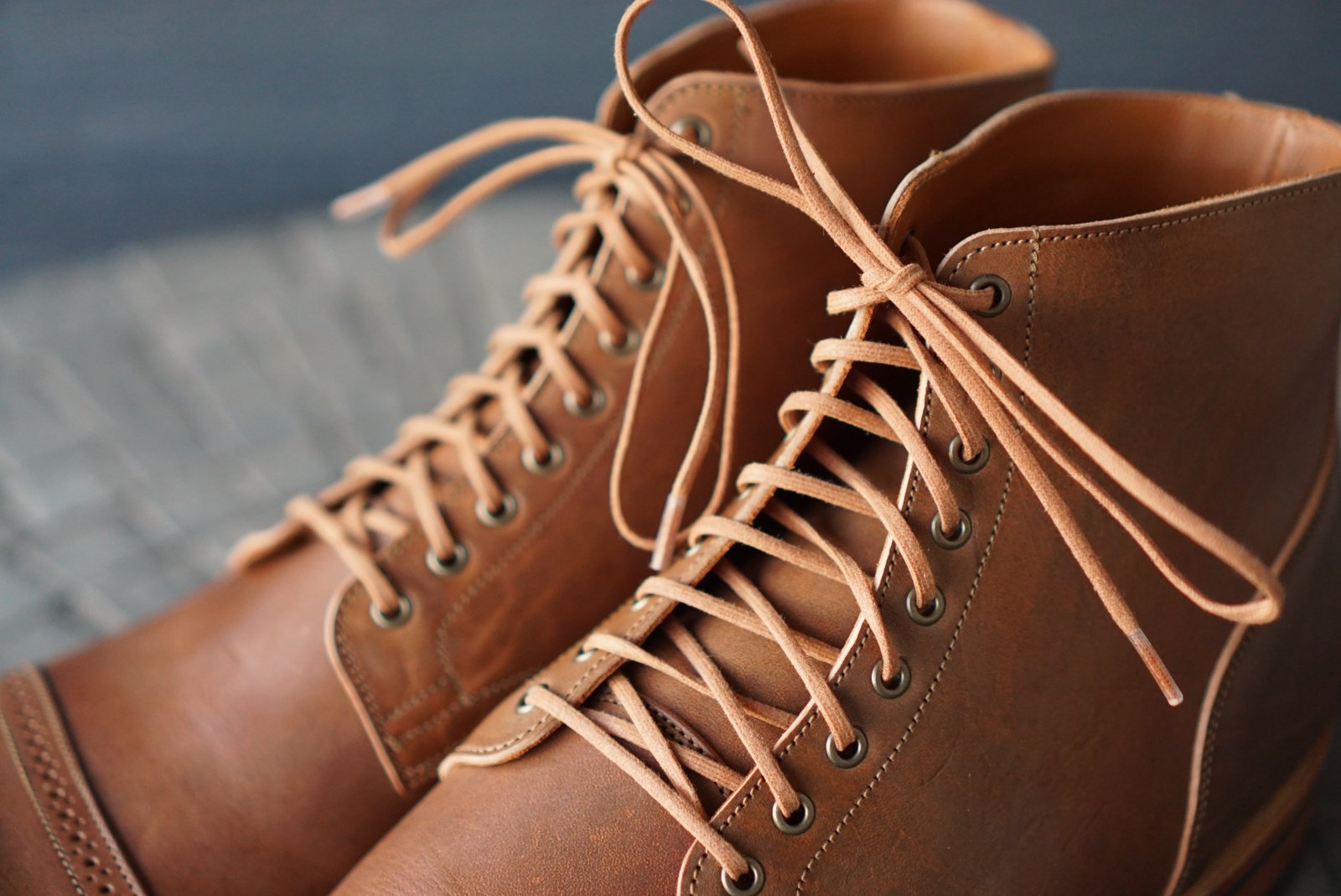 Those look amazing! Too bad they didn’t do double leather soles with natural edging on them.

Trim Man said:
I have those. They're nice looking boots, but I haven't worn them as much as I thought I would due to the fact that I still don't leave the house much. I've also recently acquired a few other pairs that I reach for more often. What size were you looking for?

On a somewhat related note: one of the pairs I reach for more often (port vitello calf) after a long day of putting up christmas decorations around the house: View attachment 1710531
Click to expand...

Re the Port Vitellos, I hope DR does another round.
For sale: Just posted a bunch of BNWT Engineered Garments.
https://www.styleforum.net/buyandsell/authors/bry2000.2092/

caffed said:
Those look amazing! Too bad they didn’t do double leather soles with natural edging on them.
Click to expand...

bry2000 said:
Re the Port Vitellos, I hope DR does another round.
Click to expand...

I'd email them if you're really interested, they're pretty transparent with stuff in the pipeline. I missed out on their Dehen lined Submariner. I asked if there will be a restock and they informed me, they'll have another production soon. 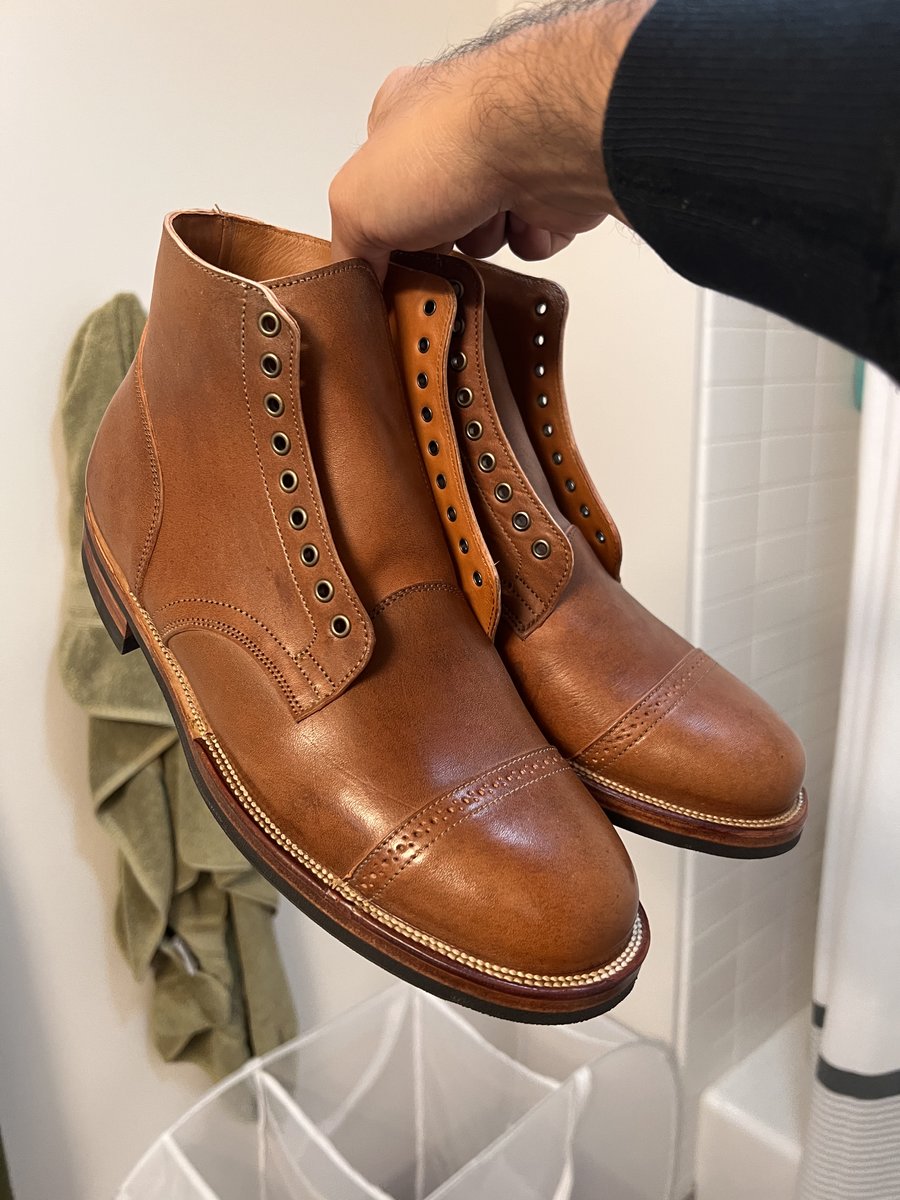 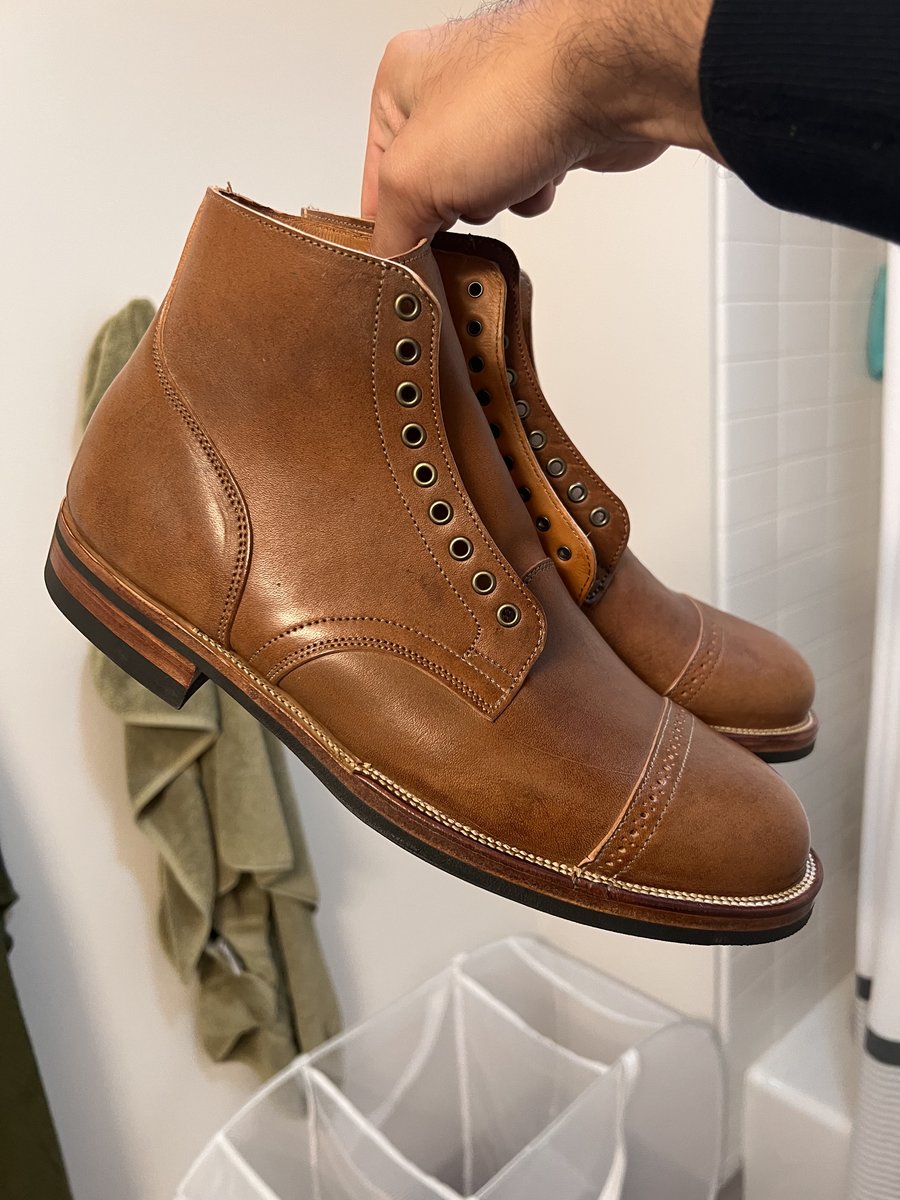 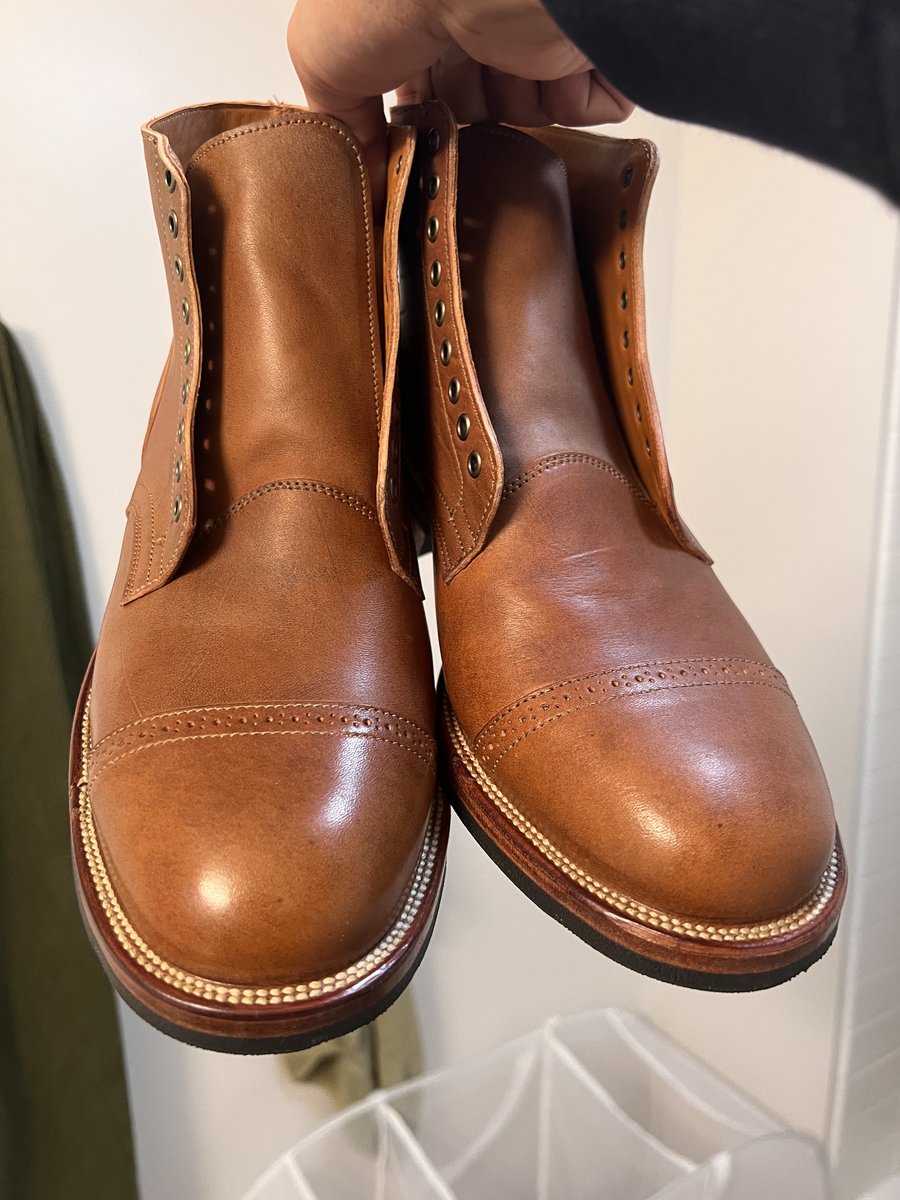 Calvin as in CALVIN

I don’t usually regret not having missed makeups so much, but missing the DRD and natty essex really got me in my feelings

Calvin as in CALVIN said:
I don’t usually regret not having missed makeups so much, but missing the DRD and natty essex really got me in my feelings

BUT…you didn’t know your actual(?)/real(?)/preferred(?) size at the time, so you still would’ve missed out.

Im sure someone you’ll manage to get a pair.