Sheesh! Feel like the [ redacted brand ] thread folks will be flooding this one soon enough.
M

TDOT said:
Sheesh! Feel like the [ redacted brand ] thread folks will be flooding this one soon enough.
Click to expand...

I love some JE stuff but I feel like a lot of it is over priced for what it actually is. You have to baby the t shirts and jeans. I feel like if I’m buying a pair of 450 dollar jeans they should last and hold their shape longer than a few months.

My Artist Tee has been through the dryer countless times and held up great.

If ULA can keep adding great quality pieces, at the current price point, people will shift over. I know I will continue to buy.
Last edited: Jan 13, 2022
F

Except if more people shift over, the pieces will be even harder to buy and prices will most likely increase...

fatsu said:
Except if more people shift over, the pieces will be even harder to buy and prices will most likely increase...
Click to expand...

very strong possibility. I think once some of the die hard JE fans come to terms with how much their spending for what they are getting, the shift will be inevitable

The good news with uniform is that the quality is there, so even if they do increase pricing which is inevitable over time, we'll still get good quality while supporting a forum member who's been killing it

You guys act like these are the only 2 brands that make these items. Why does it have to be either or

philmo84 said:
You guys act like these are the only 2 brands that make these items. Why does it have to be either or
Click to expand...

you may be barking up the wrong tree, it’s good vibes in here

head into the JE forum and ask the ones hating (their aren’t many) why they rag on uniform, when there’s literally hundreds of brands doing premium basics

philmo84 said:
You guys act like these are the only 2 brands that make these items. Why does it have to be either or
Click to expand...

literally no one here has ever said that.

I’ve got a gently used grey Souvenir hoodie in medium for sale if anyone’s interested.

nepats81 said:
The year is 2022.
You wake up. Your fitness chick girlfriend greets you with a high protein breakfast.
You get ready and slip on heavy weight sweatpants and half zip from Uniform LA.
You close deals all across the country from home.
You check the time on your Patek.
Your crypto portfolio keeps going up.
You win.
You are a Man Of Uniform LA.
Click to expand... 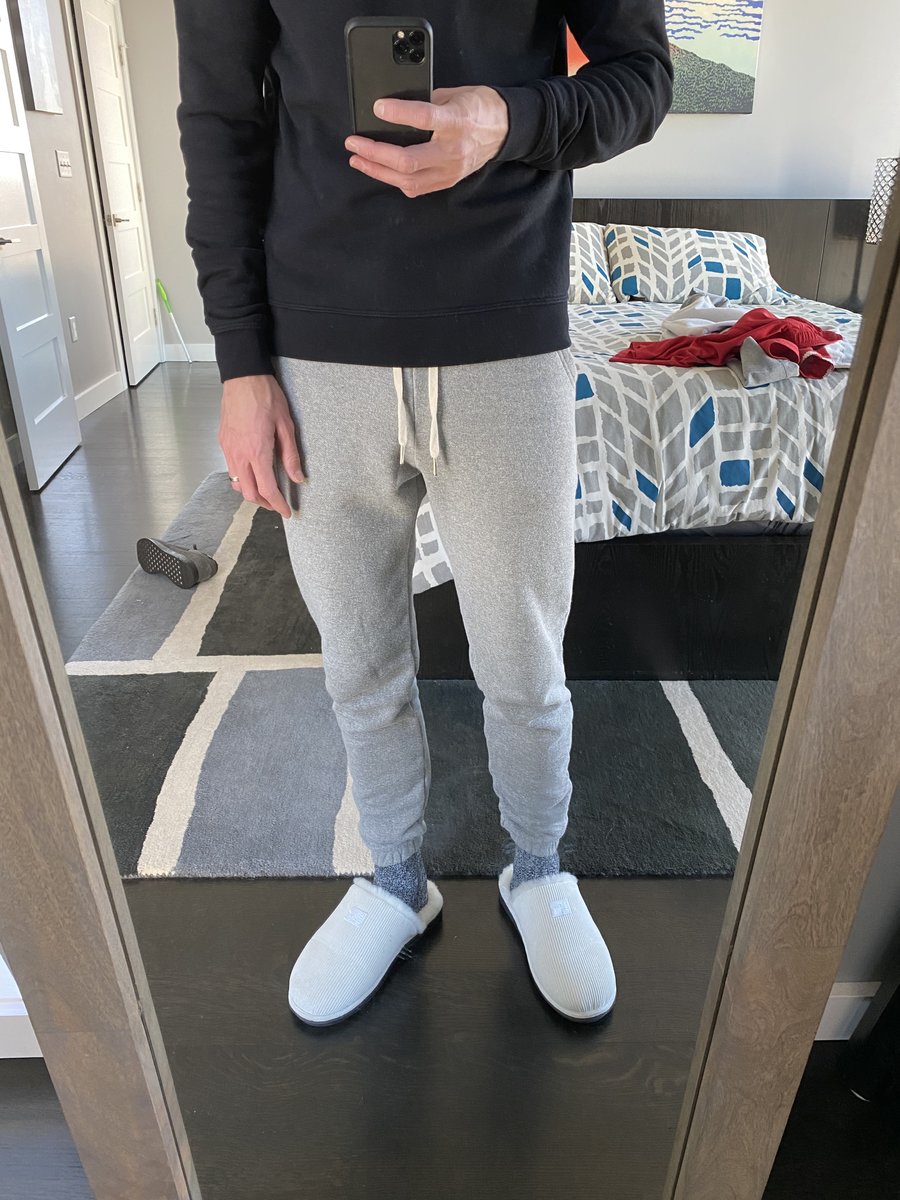 Tell us about those slippers tho…

nepats81 said:
Tell us about those slippers tho…
Click to expand...

I wanted to give you guys an update on everything prior to the drop of the new heavyweight French Terry and 14-ounce tees next week.

I've kept this largely under wraps from everyone outside of our team. But about a year ago, we began reworking the entire french terry program. Our goal was to elevate everything we were doing in order to have our french terry offerings more closely mirror everything we have on the way. In doing so, we updated every silhouette within the program and developed two new fabrics which are meant to more closely mirror what we're doing with our tee program. Under the new french terry program, our plan is to offer our "regular" fitting silhouettes (the Souvenir Group) and our looser/boxier silhouettes (the Studio Group which is debuting next week) in two fabrics.

The "original weight" fabric we developed is a 23-ounce terry which we plan to switch between french and fleece terry and our 26-27-ounce heavyweight french terry (which is debuting next week). Similar to our Twisted Supima/Twisted Tri-Blend developments, both fabrics use premium yarns to achieve their weight and were developed with the goal of being substantial while offering supreme comfort and breathability. I think you'll see a lot of parallels between the Heavyweight Tees and our Heavyweight French Terry once you have it in hand.

This approach is in stark contrast to how a number of brands approach their heavyweight french/fleece terry which is to either use cheaper/lower quality open-ended cotton yarns in order to get the weight up which results in a very dry feeling/stiff piece which doesn't wash/wear well. Or, alternatively, to cut the cotton with polyester (generally seen as a 50/50 cotton/polyester french/fleece terry) which gives the garment a very slick hand and makes it far less breathable.

Our sole goal as a brand is to develop the absolute best products on the market and absolutely no expense was spared in any aspect of this new program. I hope that you guys absolutely love everything that you pick up from this drop and from the program moving forward.
Last edited: Jan 16, 2022
Elevated Essentials Built For Everyday Wear.
https://uniformla.com