Things you just don't get

venividivicibj said:
Pensions are held and managed much differently than they used to be pre 2007. Stuff like Enron etc where people lose pensions because it was held in Enron stock can't happen anymore.

And you say 'underpaid' in the current sense. Are you counting the income they would receive after they retire?
Click to expand...

I am referring to it in the current sense because I don't know the details of their pensions, which are complicated by a handful of variables.

venividivicibj said:
Pensions are held and managed much differently than they used to be pre 2007. Stuff like Enron etc where people lose pensions because it was held in Enron stock can't happen anymore.
Click to expand...

Your grasp on the subject seems weak.

-Enron blew up in 2001
-Enron employees mostly blew themselves up via 401K investments
-There is in many cases nothing to stop people from putting 100% of 401K investments in company stock, beyond a disclaimer
-Pensions are often/typically only partially guaranteed/insured. Bankruptcy of the funding company will negatively impact pensions.

I think your reading comprehension is weak.

Also, I said 'stuff like Enron etc', Enron was simply an example of a company who did was I explained. I never once stated that Enron happened in 2007, I used that date as other companies with similar plans also went down at around that time. I also never said that workers didn't lose money in their 401k's - it was irrelevant as the topic was pensions, not 401k's.

Control of Multiemployer Plans
Most plans are jointly administered and governed by a board of trustees, with labor and management equally represented.
A trustee is required to act in the sole and exclusive interest of the plan and its participants, regardless of who elects or appoints the trustee.
The board of trustees normally makes decisions about the plan’s benefit structure. The bargaining parties negotiate a contribution rate and the trustees translate that rate into a benefit. Decisions to increase benefits or change the plan are also typically made by the board of trustees. In some industries (especially mining and segments of trucking), employers and unions fix the benefit levels through collective bargaining.
The costs of administering a plan are generally paid from plan assets.
^ Top
Plan Benefit Structures
Multiemployer plans are subject to many of the vesting, accrual, and minimum participation rules that apply to single-employer plans. However, there are differences in plan design. Many multiemployer plans are "unit benefit" plans that offer a specified dollar-amount benefit per month multiplied by years of credited service. Some plans offer a choice of enhanced benefits to employees whose employers agree to pay higher contributions.
In addition, multiemployer plans offer portability — participants retain service if they switch employment from one contributing employer to another within the same plan. Further, many plans in the same industry (for example, trucking) offer reciprocity whereby an employee who moves from one geographic area to another can transfer credit between plans.
^ Top
Employer Contributions
In multiemployer plans, the amount of the employer's contribution is usually set by a collective bargaining agreement that specifies a contribution formula (such as $3 per hour worked by each employee covered by the agreement) and further provides that contributions must be paid to the plan on a monthly basis.
If an employer is delinquent, ERISA Sec. 502(g) permits the plan to sue and obtain the delinquency plus interest, liquidated damages, court costs, and reasonable attorney fees. This is a major difference between single and multiemployer plans.
^ Top

^Investment Decisions
ERISA has one set of investment rules that generally apply to all defined benefit plans. Plan assets must be invested prudently and solely in the interests of participants.
One of the annoying things about believing in free will and individual responsibility is the difficulty of finding somebody to blame your problems on. And when you do find somebody, it's remarkable how often his picture turns up on your driver's license.----- PJ O'Rourke

When I was 12 (just one year older than Diderik man time flies) I thought "Just Another Night" by Mick Jagger was the coolest song I even had a tape of the album it was on. (I had a craving to hear it today so I listened to it again.) It's weird how I still love almost all the songs I loved as a child. ("The Long Run" by the Eagles is a exception I loved that in 1979 don't really want to hear it no more.)
If you think something is boring, try doing it for two minutes. If you still think it's boring, try it for four. If you still think it's boring, try it for eight, then sixteen, then thirty-two, and so on and so forth. Soon enough you'll find that it's really not boring at all. John Cage

There is song of popular on the radio called "Exes and Ohs" and it is about a succubus woman who is irresistible to men and then she leaves them and they whine at her.

Well, I han gotten curious and looked up who this vixen is and this is what she looks like: 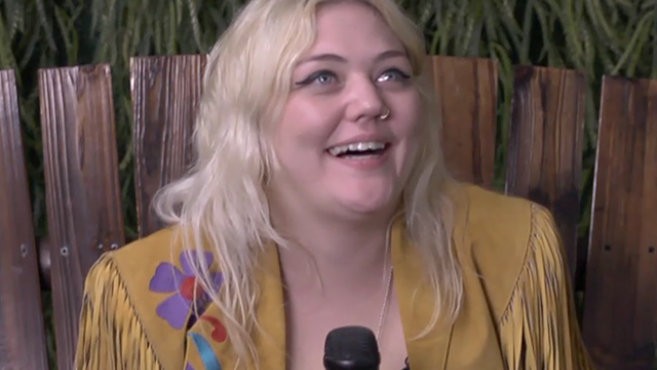 I think this song is not truthful. 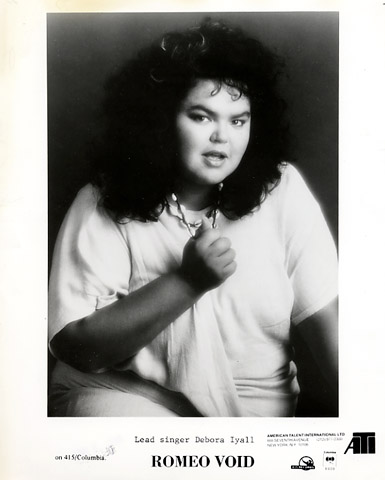 "I have enjoyed great health at a great age because everyday since I can remember I have consumed a bottle of wine except when I have not felt well. Then I have consumed two bottles." Attributed to a Bishop of Seville

So back in the decades when men (and women for that matter) regularly wore hats as part of their professional, semi-formal, and formal attire, did everyone just have hat head once they were indoors?

erictheobscure said:
So back in the decades when men (and women for that matter) regularly wore hats as part of their professional, semi-formal, and formal attire, did everyone just have hat head once they were indoors?

This is something I have pondered more than once and for these very same reasons. I wonder if that's why they all had their hair greased up?
"I have enjoyed great health at a great age because everyday since I can remember I have consumed a bottle of wine except when I have not felt well. Then I have consumed two bottles." Attributed to a Bishop of Seville

^ wouldn't that make it worse--flattened and greasy?

Not sure...just spit balling here.
"I have enjoyed great health at a great age because everyday since I can remember I have consumed a bottle of wine except when I have not felt well. Then I have consumed two bottles." Attributed to a Bishop of Seville

I don't know that classic hats caused as much hat hair as something like a baseball cap or winter hat that actually contacts the top of your head.