Things That Are Bothering You, Got You All Hibbeldy-Jibbeldy, or just downright pissed, RIGHT NOW!

sugarbutch said:
That’s how he recognized the category
Click to expand...

Et Tu OBFOTI??
I went to a dog rescue place the other day, and they had an elderly chihuahua named Johnson - not sure if it was because his dick was constantly out or not, but there it was. - Imatlas

I loved Nevermind when it came out, but my affinity for Nirvana kind of petered out over the following few years. I decided a few years back to give Nevermind another listen to see if the intervening decades had changed my opinion. There are a few tracks on there that I enjoyed, but overall it still didn’t do it for me.

If I were going to rank that stack now, I think it would be:

I’m tempted to flip Pearl Jam and Metallica, but if I’m being honest, I probably revisit Ten more often than the Black Album.
Don't y'all think this outlaw bit has done got out of hand?

Really getting this vibe from the thread right now

Piobaire said:
Was always a fan of Soundgarden but Ten is probably my most likely to pull.
Click to expand...

Made me curious so I went and checked out the album releases from that year.
Gish-Smashing Pumpkins! My favorite from them.
Also guilty pleasure because I like her in the videos. Joyride-Roxette.
I'm a little surprised you didn't add Roll the Bones.
I personally checked out after Signals.

Roll The Bones was not my favorite but Neil's rap become an inconcert classic. More famous people have been in their concert videos doing that rap than I can count. My two favorite would be Peter Dinklage and the elder Stiller.
"I have enjoyed great health at a great age because everyday since I can remember I have consumed a bottle of wine except when I have not felt well. Then I have consumed two bottles." Attributed to a Bishop of Seville 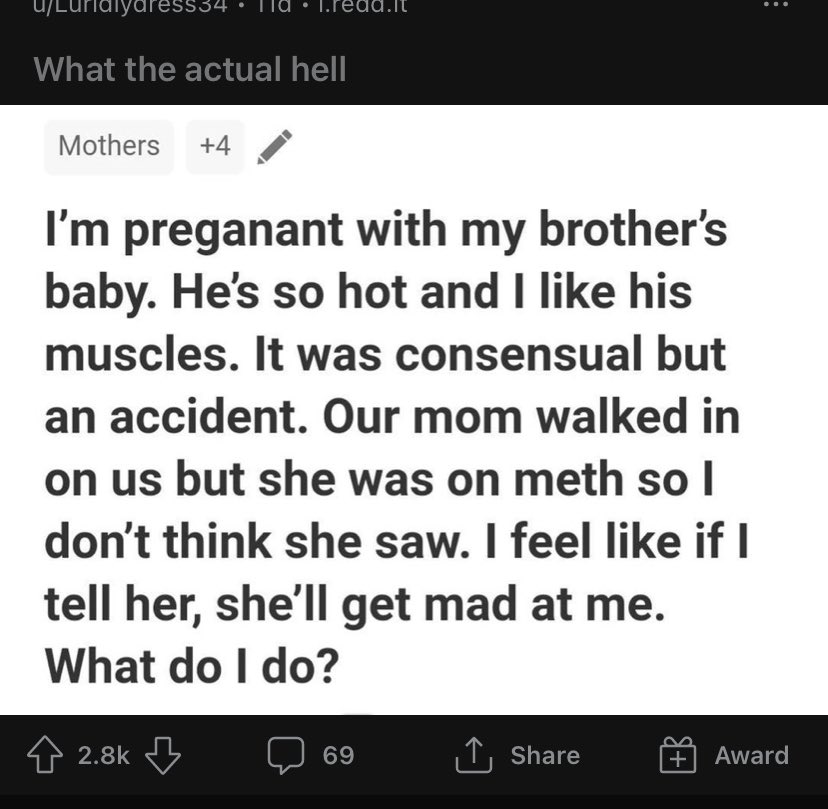 Meth mom didn't see.
If she did, it would have turned into a manage oh three...


Not making eye contact at the gl0ryh0le weird. But. Weird
I went to a dog rescue place the other day, and they had an elderly chihuahua named Johnson - not sure if it was because his dick was constantly out or not, but there it was. - Imatlas

I watched a meth doc once where two of the people being documented and followed around were a woman and her adult son.
They were both addicts.
She said "we never smoke together, because if we did, we'd eventually have sexx"

Gave a local bar/restaurant another shot as they claim to have some good burgers.

I was there last summer/fall and was not overly impressed(COVID maybe?)

Tonight, I was craving a cheeseburger and decided to go for it again. Cheeseburger deluxe, medium rare. You can't fuck that up...right?

Hardly any flavor. WTF! Buy some sea salt and pepper and season that bad boy and it would be so much better. A couple next to me had the fish and chips and raved about it. Maybe next time, if there is one.

Ok this started out during the dawn of the internet as a sort of online penthouse forum/erotic fanfic thing.

HRoi said:
Ok this started out during the dawn of the internet as a sort of online penthouse forum/erotic fanfic thing.

Q: What's the difference between meth and bathtub crank?