BTW, if you ever took up our in-common tailor on his coffee offer, you may have had Sump. I bought him a few bags and he then started by-mail delivery of Sump.
Click to expand...

I always take up our in-common tailor on a coffee and a beer. Typically in that order.

I desperately need to get back to Chicago. I still have 2 in-progress items. Pandemic really put a damper on traveling...
Threads: Newc's Bespoke Adventure

Ebitdaddy said:
What independents is everyone watching?
Click to expand...

I've said this before, but I remain obsessed with KV - and I am curious to see what he does with UJ.

With the exception of Journe, perhaps, who is going in a very different direction, I think KV is just doing it the best. He is a legitimate businessman, and he has a legitimate claim to being the independent who does the most work under his umbrella. He has a permanent workshop, he keeps production capped at 60 some odd watches, he does everything except the hairspring in-house, there is a massive amount of customization, he is involved with another brand, UJ, where he can do more mass-market (but still high-end) stuff, Comblemine, his dial manufacture, creates dials for any number of brands (including Japanese darling Kikuchi Nakagawa), and he has a legitimate succession plan. Certainly, he is not doing the most cutting edge work, and his finishing is top-notch but there may be some brands that are surpassing him (RR). But the way that he has expanded his business is extremely impressive.

Plus, he makes (what in my opinion) is a top 3 watch for me: 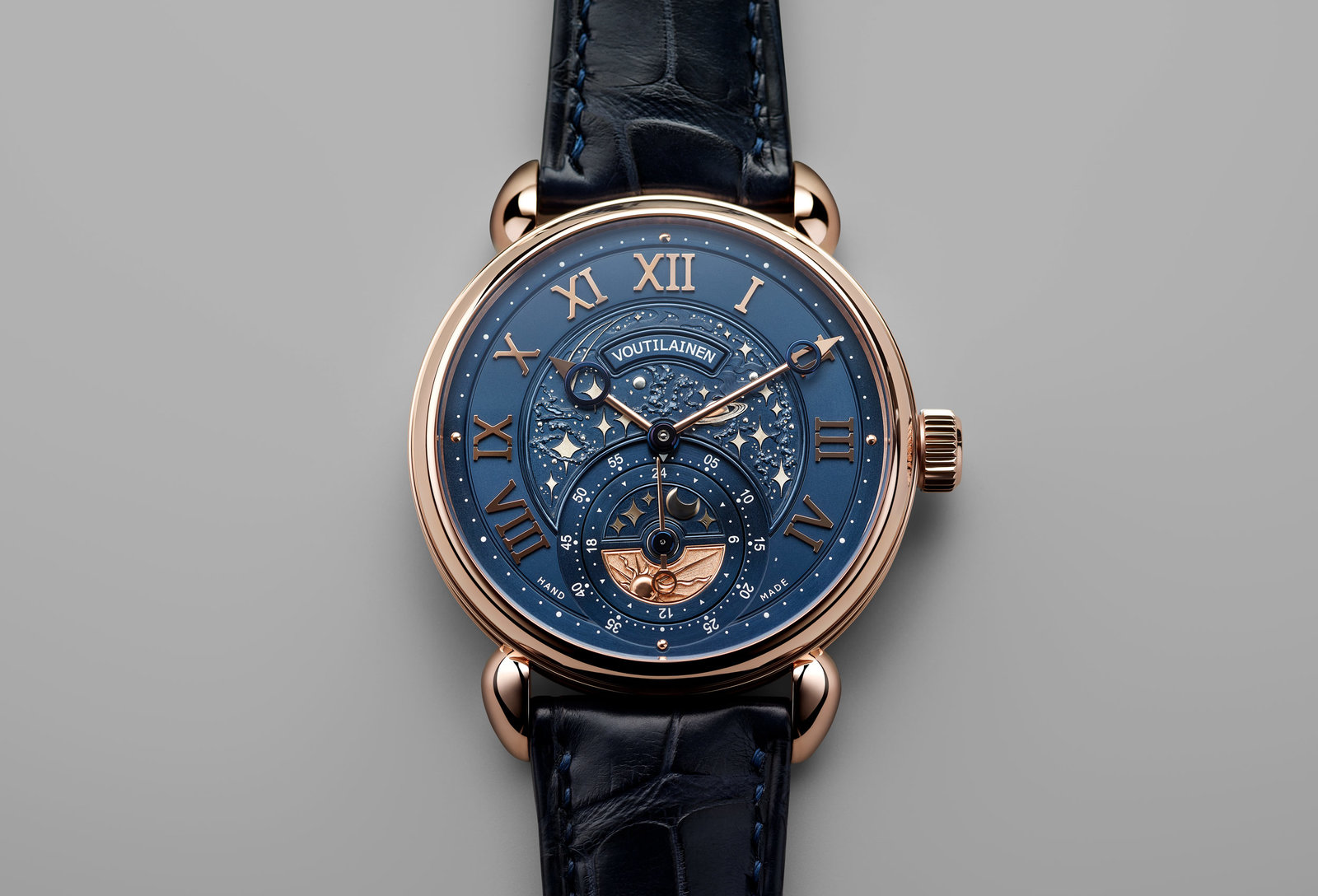 As for what people I am keeping track of... Raul Pages, Peterman Bedat, and RR (obviously). I am curious to see what Josh Shapiro comes out with.

Finally, I think my tendency towards KV is also spurred by this new wave of independents who don't really do that much. I am very disillusioned by such persons like, say, any of the Japanese Independents, and a lot of people who have popped out of nowhere. I think I would need to visit the actual studio to see what was really being made...
Threads: Newc's Bespoke Adventure

Headed out for some dunkin coffee with my swatch bs... 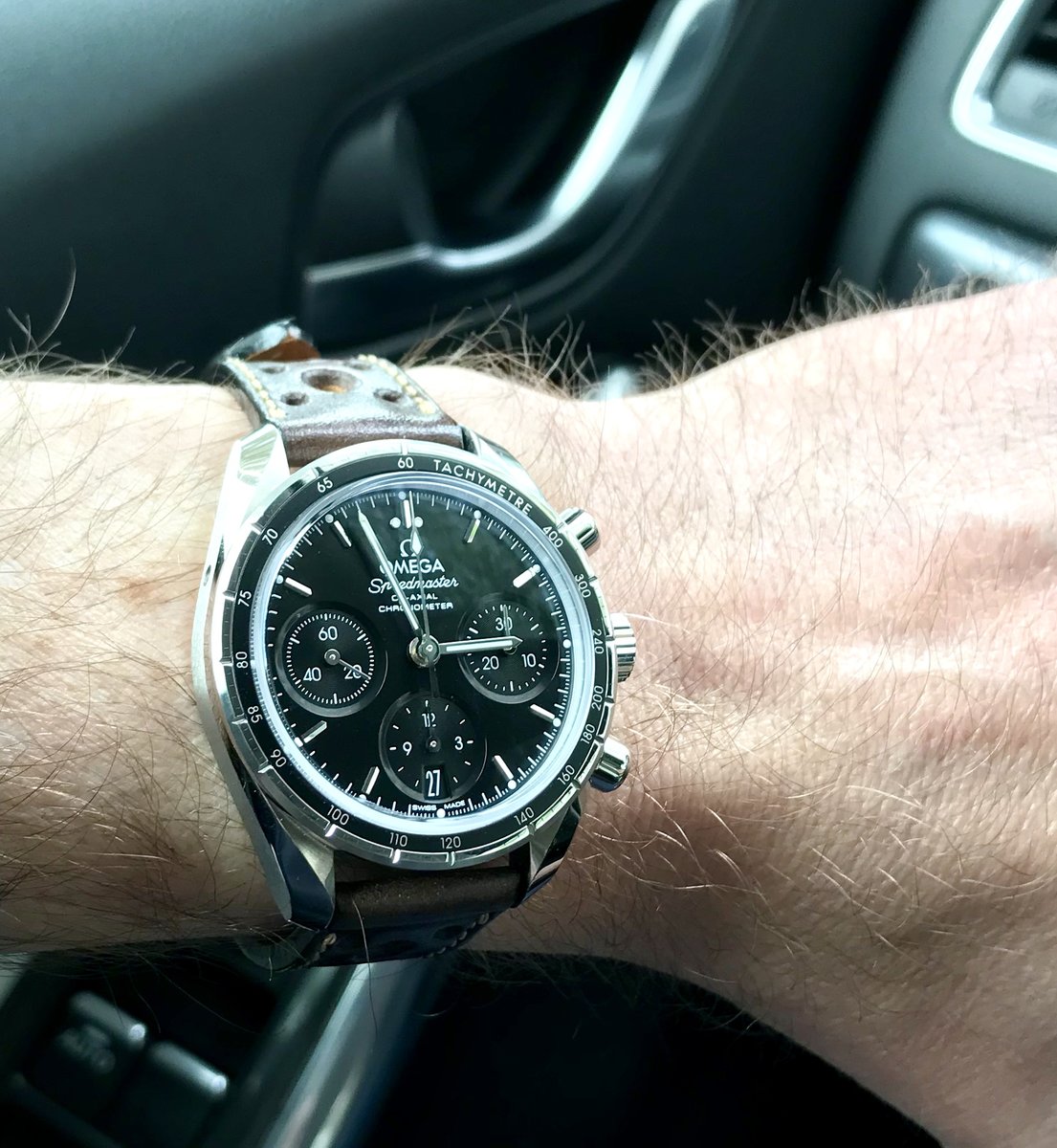 Took half day off work to prep for London trip. Jaeger meets Heifeweissen. AD couldn’t come up with black strap. How is that possible after 12 weeks? Will stop by London boutique hoping they have one. Otherwise it’s Submariner with Tux. 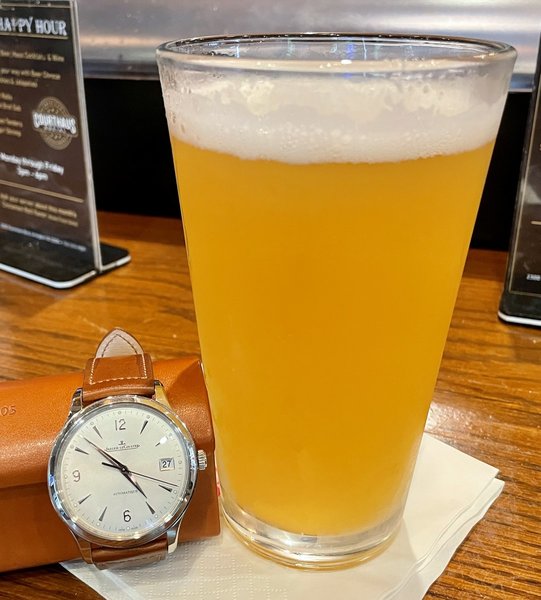 Also, apropos of nothing, another true grail: 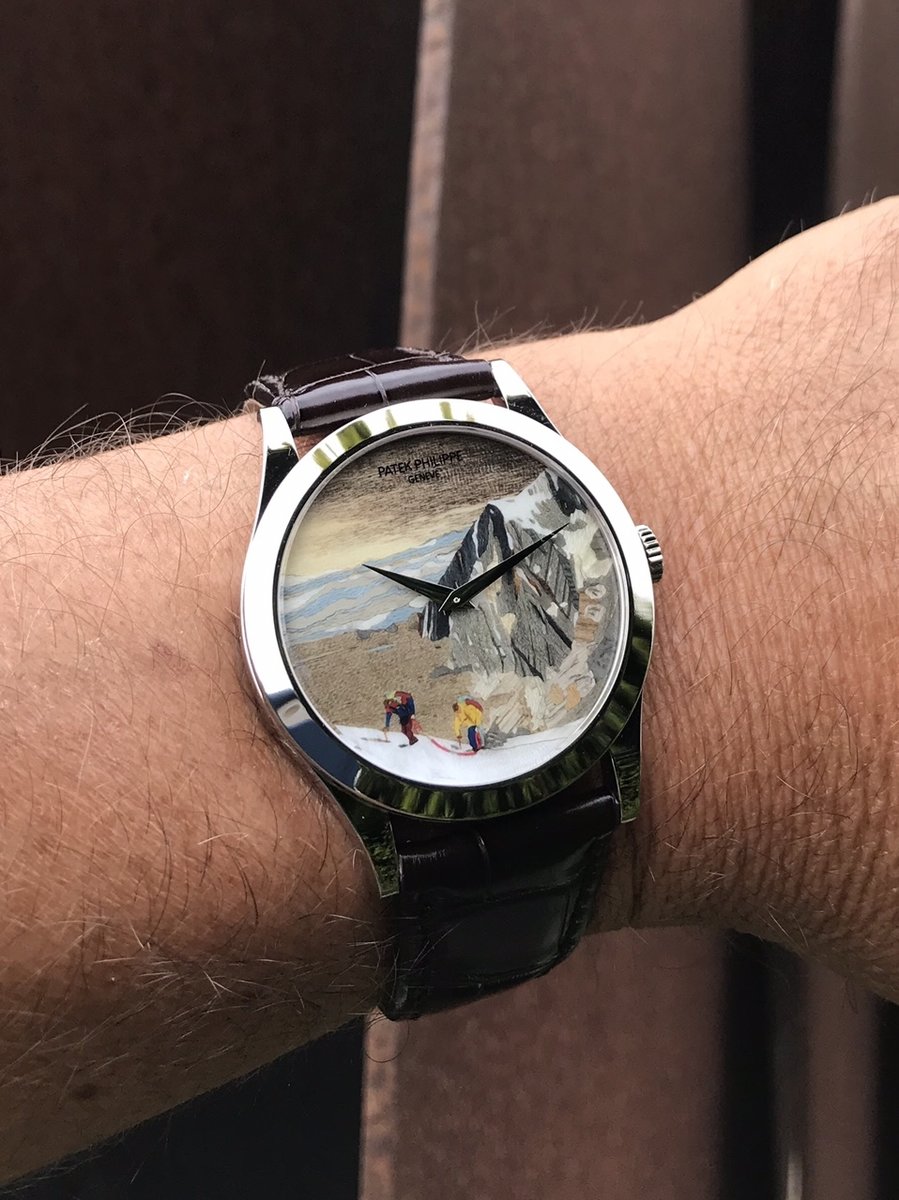 Newcomer said:
Also, apropos of nothing, another true grail:

Newcomer said:
Also, apropos of nothing, another true grail:

Patek design bro: “just throw hands on anything and an absurd price...somebody will buy it...”

Ebitdaddy said:
I am waiting a bit to see if used prices tank, in which case I'll buy up all the pieces I've wanted but previously felt were overpriced. My original plan was to go for a Logical1 this quarter but with everything tanking, I think I'll wait to see if I can find one used at a good price. My assumption is that a lot of independents come down in pricing significantly on the used market and the mainstream stuff comes off the highs too?
Click to expand...

Had this discussion in the crypto crash a few years back with a chap managing a fairly large mainland Chinese family office (a few billion, although as usual in Southeast Asia, any quoted numbers should be taken with a pinch of salt/divided by 10 - still, large offices, team of 20 Goldman types, etc. so looked legit). He had significant experience with alternative assets and a good chunk of the fund was allocated to art, wine, cars, musical instruments etc.

His POV was that there was a ratchet mechanism on prices in the sense that these markets tend not to crash, not officially; rather you get a months long liquidity hole until the next bubble. He was proven right as Rolex (and Bordeaux) prices continued to increase on the grey market pretty much until today. You can also see it on the NFT market now where since December prices have stopped rising, but nobody is selling their "priceless" (literally) collection in fear of finding it worth several orders of magnitude less. I could venture a number of explanations; my hunch is the global middle class is growing on a background of inflationary money policy that no government can really stop at this point so that particular market simply waits out the next bubble and sells into it, if indeed they want to sell in the first place.

My takeaway was to buy what you like and not worry too much about the sticker price or timing.

I also read an interesting paper about limit orders vs buying at market - broadly the paper showed that they were economically equivalent as over time the missed opportunities made up for any advantage from being filled at a better price. Perhaps there are some similarities.

Newcomer said:
I always take up our in-common tailor on a coffee and a beer. Typically in that order.

I desperately need to get back to Chicago. I still have 2 in-progress items. Pandemic really put a damper on traveling...
Click to expand...

Yep, first a coffee. Then usually a Zombie Dust.

Two. That’s very Richemont of you.

I have five in the works (but two are vests).

Two. That’s very Richemont of you.

I have five in the works (but two are vests).
Click to expand...

At least he closed his showroom on Oak. I heard he might be working in Indiana now?

brax said:
Today I have my first in-person court hearing since Covid. I’m dusting off my PP 5170 since it is what I use with business suits. Caffeine provided by Sump Coffee.
View attachment 1796758
Click to expand...

In the spirit of buying/wearing what you love... 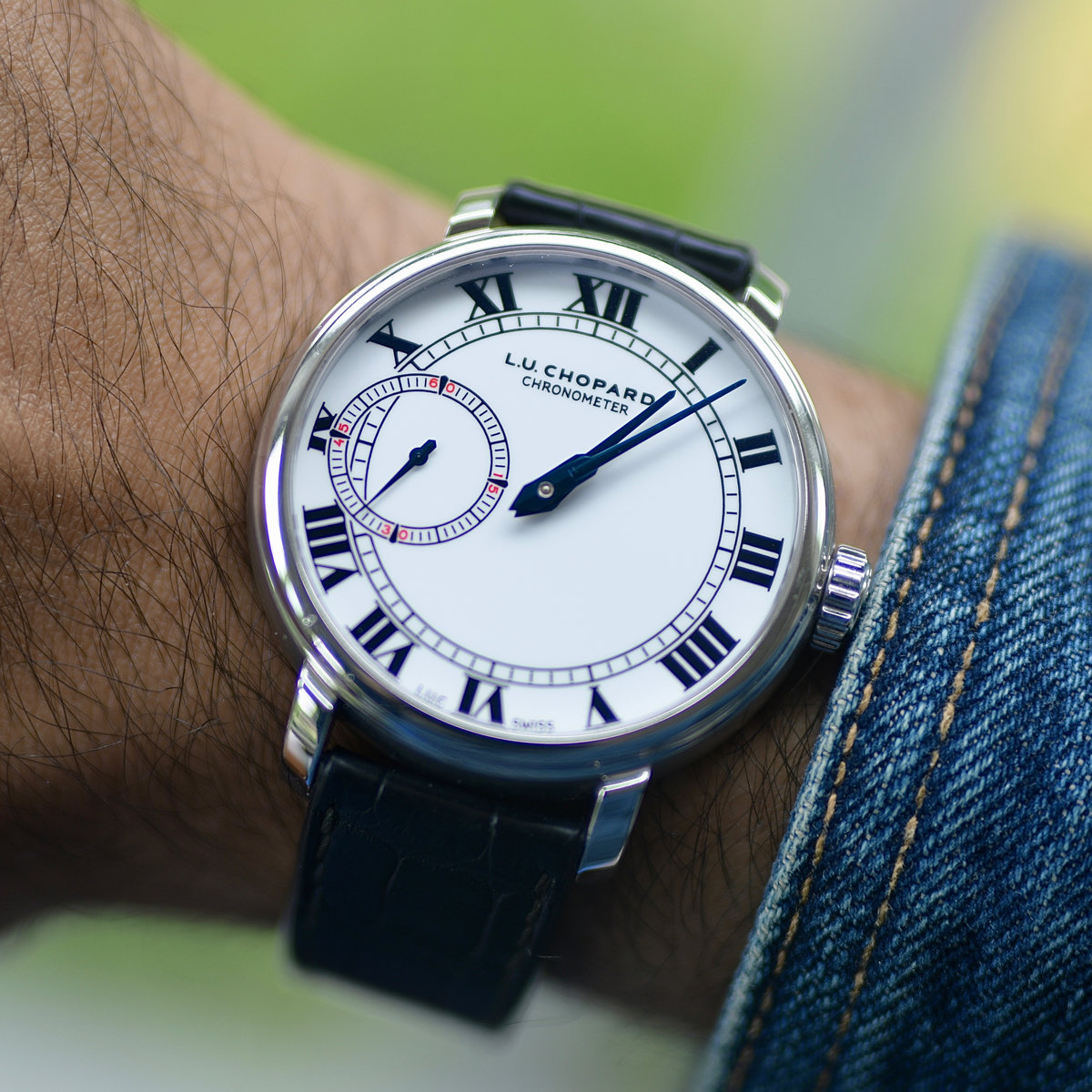