9thsymph said:
You got me here...don’t know if you’re joking! You think the difference in watch weight makes a difference? Every human body fluctuates daily at greater margins, not to mention the difference in weight from runner to runner...c’mon man...
Click to expand...

At the margins, it will make a difference for Yohan and Usain. For you and me it won't since we're not fast enough.

Texasmade said:
At the margins, it will make a difference for Yohan and Usain. For you and me it won't since we're not fast enough.
Click to expand...

I was expecting custom with platinum and all the other stuff you want to be more than 20k. Will be interesting to hear what they quote.
Click to expand...

Yeah, fingers crossed. I think $20K is the low end and $30K is the high end. Either okay with me.
Fooget about it.
S

And the added weight of having a metal Rolex on vs a RM can be huge when sprinting and throw off your technique.

St1X said:
I've heard about some WR on 100m or 200m that was set because there was a strong wind in the direction towards a finish line
Click to expand...

St1X said:
I've heard about some WR on 100m or 200m that was set because there was a strong wind in the direction towards a finish line
Click to expand...

Texasmade said:
And the added weight of having a metal Rolex on vs a RM can be huge when sprinting and throw off your technique.
Click to expand...

Perhaps. Unless you train with a roli!

Man of the people. Definitely not a snob. 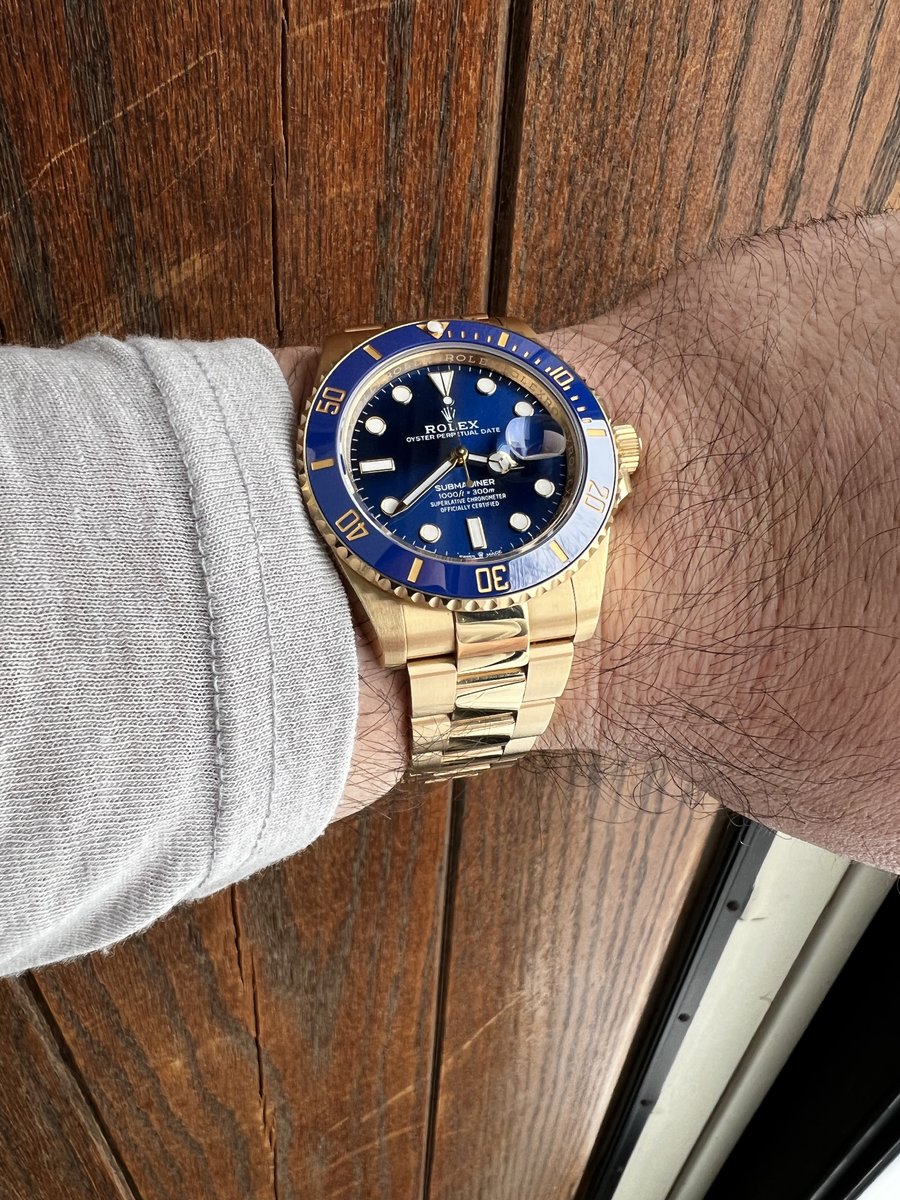 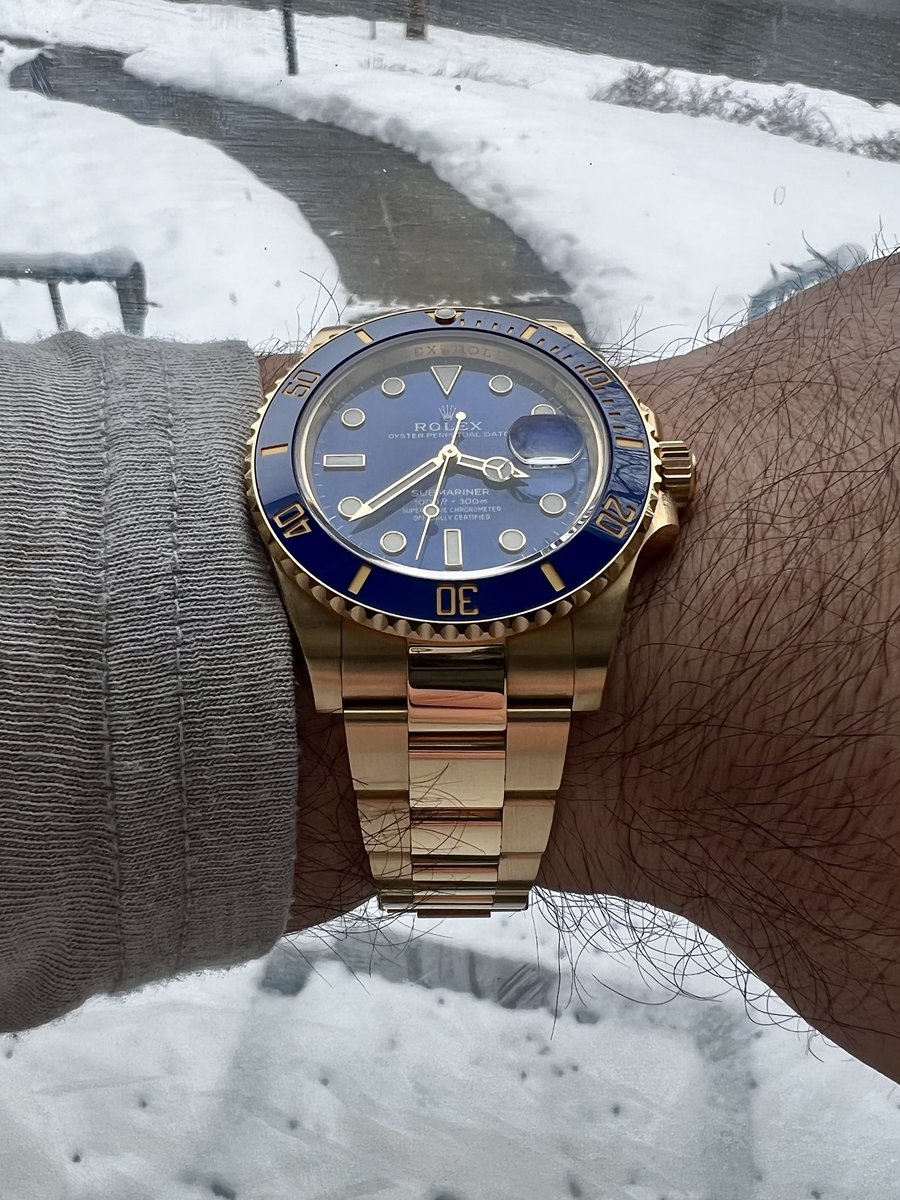 If you're saying there's no difference when performing high level sports wearing a metal Rolex vs a light weight RM, I'd disagree. If it's just you and me then I'd agree with you that it doesn't make a difference.

If you're saying there's no difference when performing high level sports wearing a metal Rolex vs a light weight RM, I'd disagree. If it's just you and me then I'd agree with you that it doesn't make a difference.
Click to expand...

Yeah, I’m not really arguing with you. I get your point. I’m arguing with a certain marketing ploy that seems to suggest a solution to a problem that is of much lower rank in the hierarchy of super narrow factors that affect an outcome: moment-to-moment body and weather conditions are more important.

This is also just a way of saying I personally think RM is jive from top to bottom. It’s a fashion piece. That’s it.
J

George Red said:
Tag gets a lot of hate, most of it justified. These new Aqua-racers, however, are solid entry level watches. Really well done, I think. 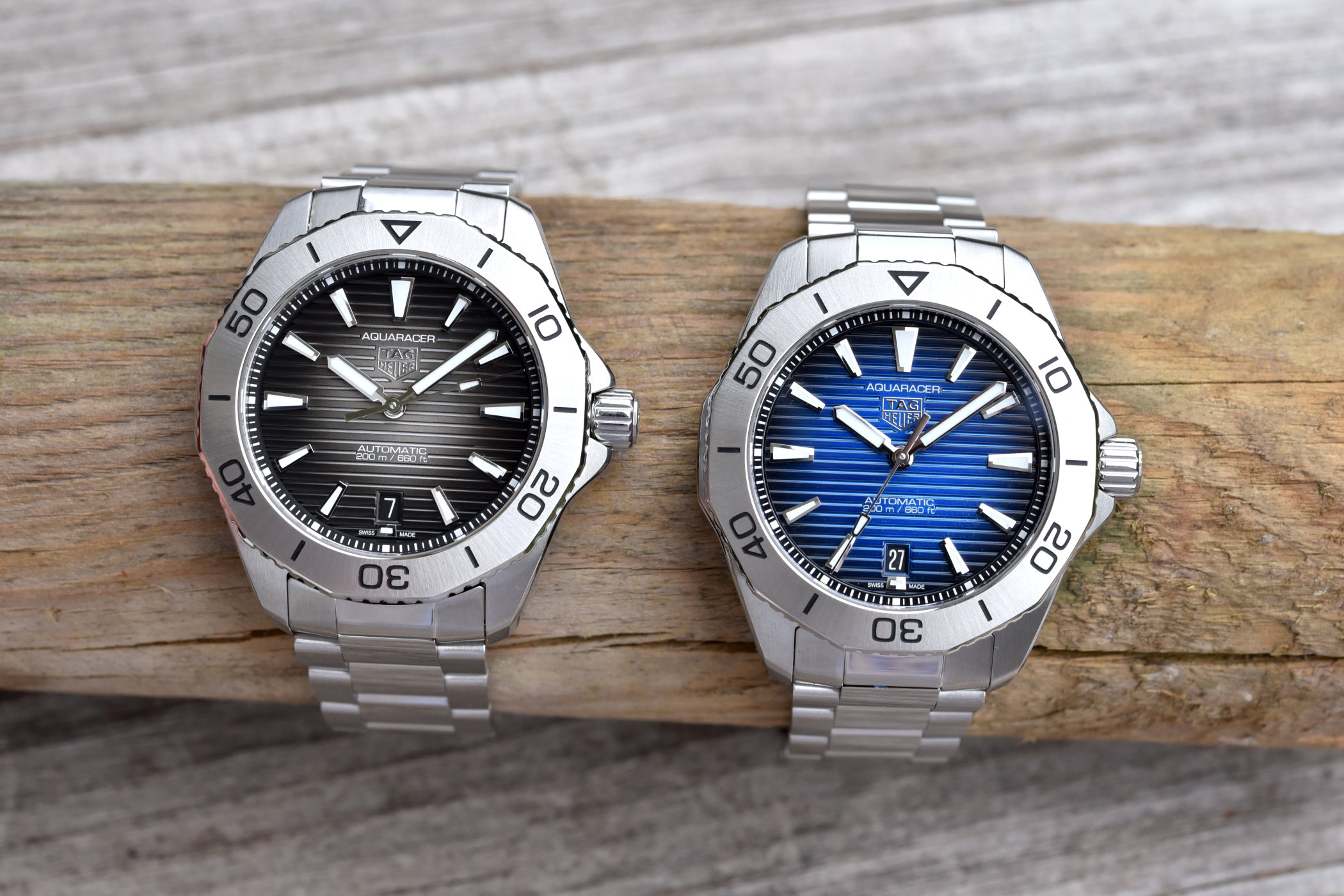 Haha! This watch is the Rocking-Out-With-(tiny)Cock-Out watch. So, both formidably snobby and somehow self-deprecatingly approachable.

(I kid...love this watch and your prevailing ethos!)

RobinMA said:
How do you see a SS Tank Must as a daily rocker?
ALternatives??
Click to expand...

Great design, easy to wear, and it will should give its owner many years of trouble free enjoyment. Not the strongest water resistance, so I wouldn't wear it to go swimming, but that's its only limitation. I think it's a tough watch to beat in it's price range. At least for me, the other watches I might choose over this would all cost substantially more.

St1X said:
G-Shock does sports better than any RM. RM is just a gimmick
Click to expand...

Sure, but aren't all mechanical watches gimmicks in 2022?


Scuppers said:
Richard Mille isn’t a watchmaker, i doubt he’d know the difference from a balance wheel to a tuning fork.
Renaud et Papi design and produce his watches, i believe.
Click to expand...

I think ReP does alot, but believe a lot is done in house as well. Naturally, this points outh that the comparison to Louis B was hyperbole. My main focus is on the product and focus not the individual(s) responsible.


Dino944 said:
I have tried on their most basic model, and it was nicely finished and certainly interesting to see in person. This was a few years ago and I think it was about $90K back then. Perhaps my taste it too entrenched in more traditional watch designs, as I just am not in love with RM designs. As for their being designed for for "legitimate sports uses," one could save a lot of money (even if paying very inflated gray market rates) and just buy a Rolex. I've worn Rolex watches for all sorts of activities that one shouldn't wear a watch for, and never had any trouble with my Rolex watches afterwards and that includes shooting various firearms, hitting balls in batting cages, hitting golf balls at a driving range, falling off a bike and banging up my watch pretty good, and swam with them (but never to the depths they are rated for). So, RM might be really over engineered for sports, but at least for what I do, I can get away with wearing a Rolex and still have plenty of money left over for other watches or even cars

I mentioned Rolex above for a reason. One could "save a lot of money" with a G-shock (as mentioned above) or a fitness tracker. Of course RM's aren't in any way necessary but my point is that in the context of this consumerist hobby, I think RM is carving out an interesting niche.

I love Rolex and own a few but really don't find their product lines interesting. They essentially have a few different traditional variations of the oyster case. Does anyone have a guess as to when Rolex will release a new interesting design? I think it's somewhere between far in the future and never. They are content to make incremental (and productive) improvements to their movements and marginal changes to the jewelry that surrounds their movements. I think it's hard to argue that Rolex watches are "interesting" at this point. They have a great business and they have a well-defined point of view and brand ethos, but they don't appear to be interested in what I'm talking about.

It might make sense for me to wear my explorer while skiing, but I can't see myself wearing it mountain biking, wake boarding or even mountain climbing, to be honest. If Rolex made a new and interesting watch design, I could consider it, but we all know they won't. The best we can hope for is some minor variation on existing templates or even worse, something like the new air king.

When you partake in this consumerist hobby, you have to decide what you care about and what you don't. It's largely based upon artifice and/or emotions. There is no genuine practical reason to wear a mechanical device. This is the part I struggle with the most. When I look at what's "better", I find I have to draw a pretty narrow set of criteria in order to not throw my hands up at the whole things and question why I even like watches. Everyone has their own set of criteria, and I think that's perfectly ok.

For me - I find that the vast majority of the high end mechanical wristwatch world is ultimately not that interesting because it is based upon a worldview that I largely no longer subscribe to (to the extent I ever did). If you accept that certain elements of traditional watchmaking are requisite or desirable, than you end up defining the solution space. I think that's largely what has happened with most of the traditional watch houses. What I like about RM and others is that they are questioning what that solution space should look like. I don't agree with RM's choices, but I do largely appreciate the approach they're taking - modern technology to solve modern problems, but still requiring mechanical timepieces as the outcome.

Let me give a counter example. We recently talked about the greatest pateks. Some might say that I should aspire to a split seconds chrono PC because they're hard to make and therefor a test of a watchmaker's skill. Lange might say the same about their triple split. But in both cases the desirability of the product is largely based on the implicit understanding that they are hard to do. If swatch came out with a super simple mechanical version of one of those designs, they would no longer have the same level of interest. I appreciate the challenge involved in designing and constructing those pieces right now but feel that they are only compelling solutions to a problem if you accept Patek/Lange/traditional watchmaking definitions of the problem itself.

RM is interesting to me because they identified a "problem" that I care more about. They obviously still face the same challenge that all mechanical watches face - my $150 solar g shock does it better and is actually built with modern technology.


Texasmade said:
But you're not going to be running near record breaking 100m and 200m sprint times like Yohan Blake did with a Rolex on the wrist vs a RM. Even though he doesn't have the record for the 200m, his fastest 200m was more impressive than Bolt's WR time.
View attachment 1742809
Click to expand...

One of the cool things about RM is that they require their ambassadors to actually wear their watches when doing the things they are known for.

RM: I want to make extreme watches for extreme conditions. When I launched the brand, people would always tell me, for example, that it’s impossible to play golf with a steel tourbillon watch. I proved the contrary. People said that it was impossible to drive a Formula 1 car with a tourbillon watch. I also proved this to the contrary. They said it was impossible to play polo with a watch because the mallet would break it. I proved the contrary. I love to show that we are capable of engineering watches to resist any type of shock. The last Nadal watch I released is resistant to 10,000 Gs! I also wanted to show my clients that they could wear my watches in any conditions. I don’t imagine watches that are made to be kept in a safe. I want to make watches that are worn and used.


WT: So the athlete has to sign a contract that he is actually going to wear the watch while playing his sport?


RM: Yes. It’s my only condition. The rest I’m very flexible about, honestly.


WT: Has anyone ever turned you down?


RM: No. Nadal was the most difficult to convince in the beginning, but now he says the watch is like his second skin.
Click to expand...

You are ignoring the fact that not all weight is the same. You don't wear a glass of water on your wrist. A heavy watch would certainly impact performance at that level. There is a reason no sprinters wear watches when they run and that marathon runners don't wear heavy watches.
You must log in or register to reply here.
Share:
Facebook Twitter Reddit Pinterest Tumblr WhatsApp Email Link
New posts