Not a Sub. The old SKX at the golf club on a beautiful day.

Half a cup of rock and rye,
Farewell to you old Southern sky,
I'm on my way...
A

thats the one speedie I'd buy 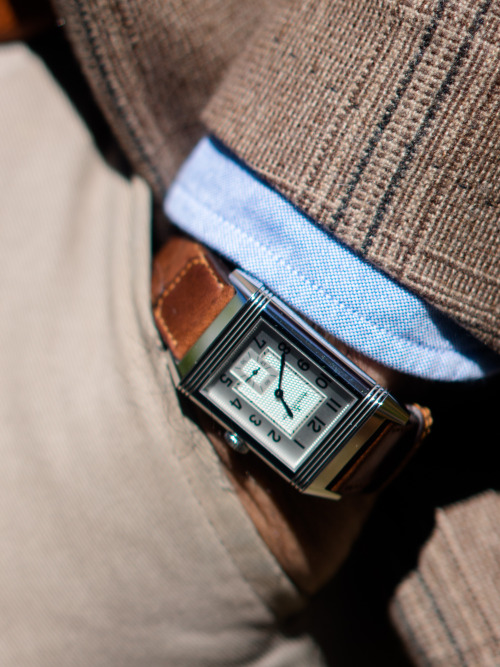 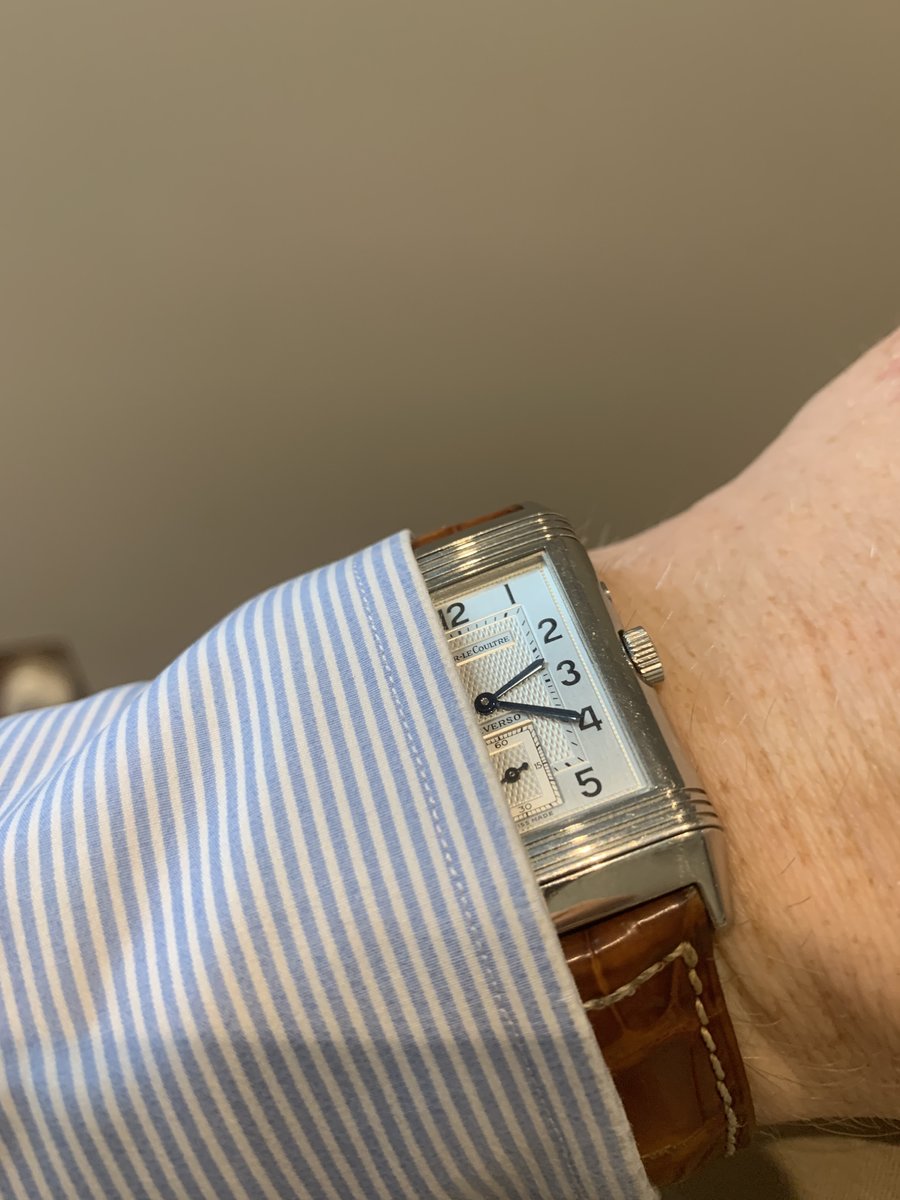 Eve Kendall: Roger O. Thornhill. What does the O stand for?
Roger Thornhill: Nothing. 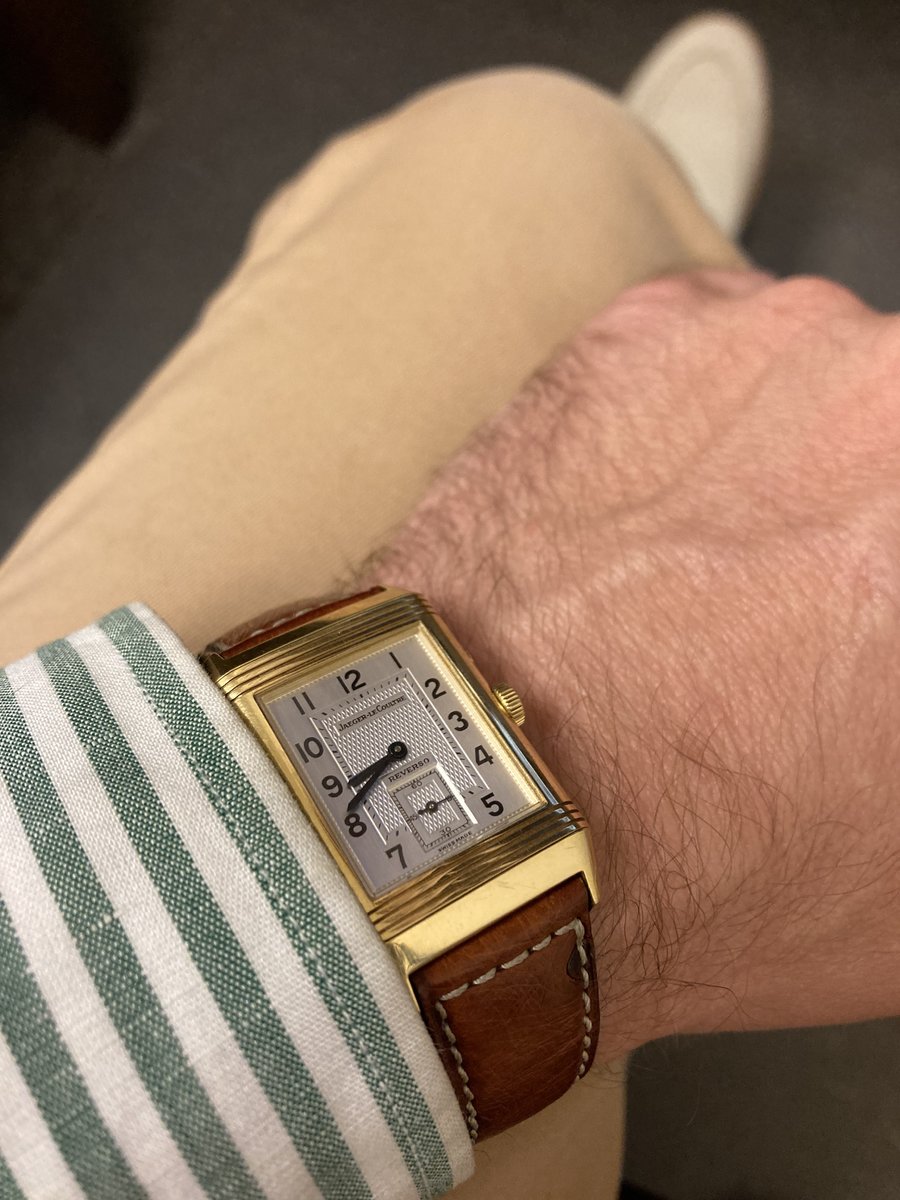 Sweet! Looks like it belongs on the wrist of a man who drives a Cord or Duesenberg

Update- incoming most likely on Wednesday or Thursday. Boutique didn't have it in stock so they had to order one and have it shipped. 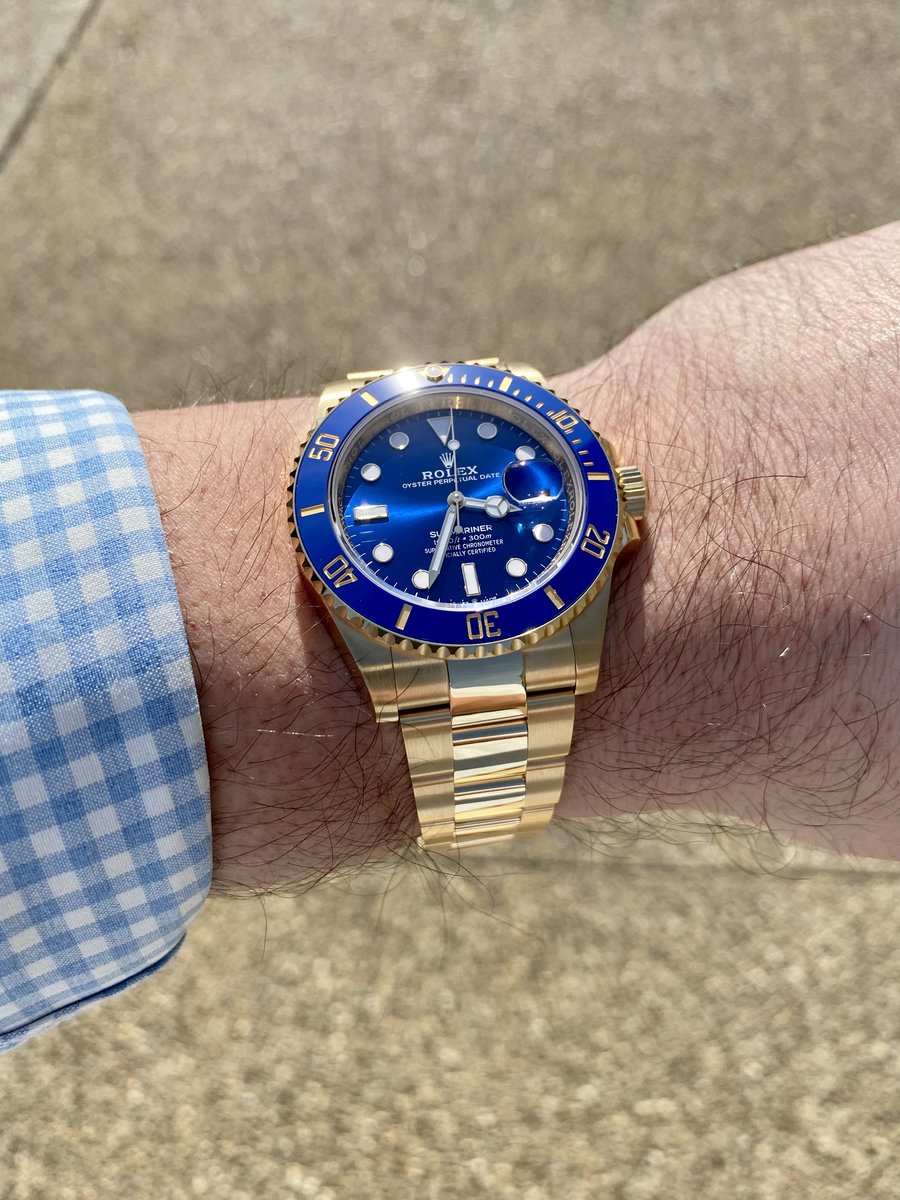 Texasmade said:
Update- incoming most likely on Wednesday or Thursday. Boutique didn't have it in stock so they had to order one and have it shipped.
Click to expand...

Box pics or you’re full of shit.
B 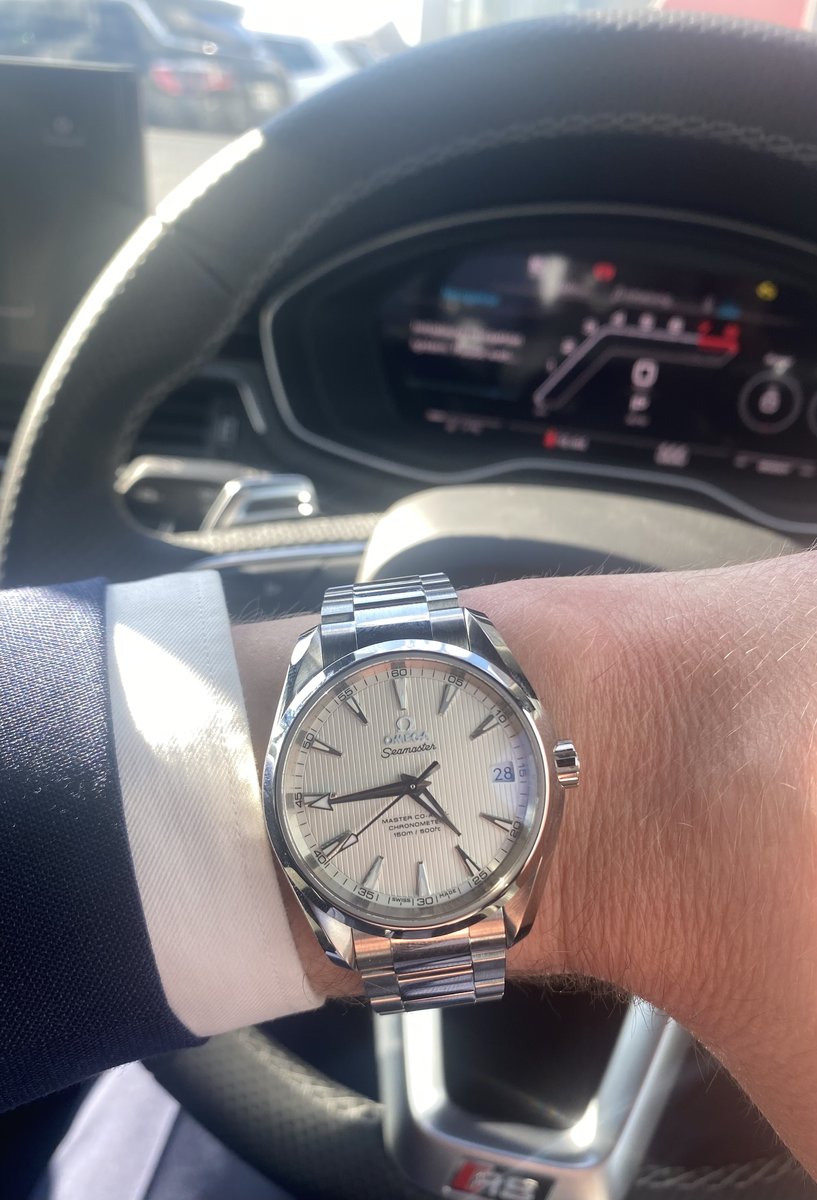 Flipped to the other side today: 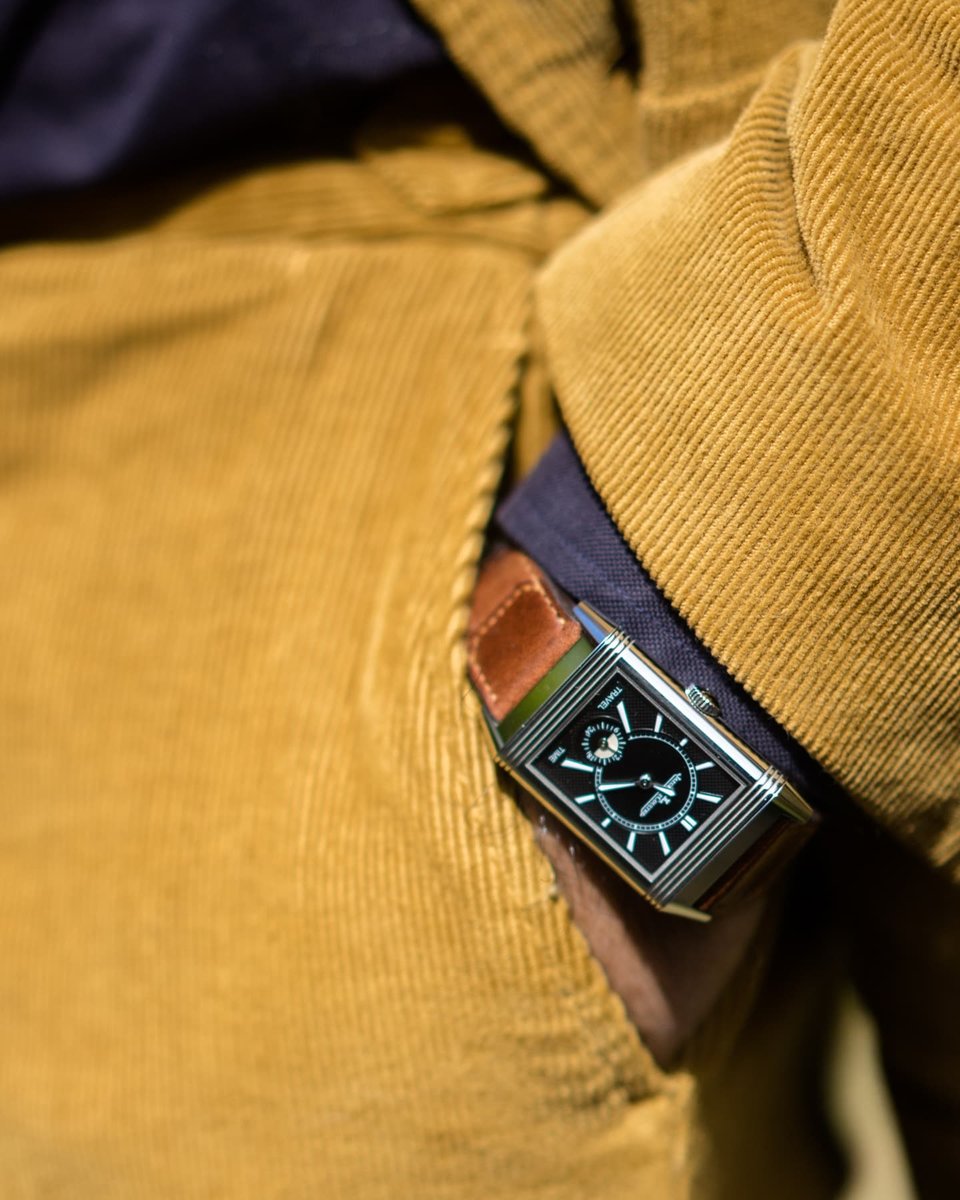 Great watch but the mustard corduroy suit is probably still getting the bulk of the attention!
No man is entirely worthless. He can always serve as a bad example.

Omega Male said:
Great watch but the mustard corduroy suit is probably still getting the bulk of the attention!
Click to expand...

Haha! Yes, it's a fantastic suit. Sadly, it's finally getting to be spring weather over here so not much time left to wear it.
Tumblr | Instagram | Interviews

Just wanted to say thanks to all who chipped in with advice and comments when I was asking about duties.
The final story is I bought this watch off chrono24 (first time buyer through them). The whole deal would have been smooth I’m sure if it was a US seller. The seller had to declare the stated purchase price ($4500) to get the shipment insured with DHL. Thus my first completion of the duties form I followed the advice from here and weighted it mostly on the movement with a total of $1400 ($1000 movement, $100 strap, $300 case). This was rejected as I had to match the declared value. I re-sent the form just moving movement value up from $1000 to $4000 thus a total of $4400. This was rejected again as in the interim currency has fluctuated and the stated value was now $4360.70 so I had to readjust my figures to match this obscure total. Lo and behold this was accepted! The total I had to pay to release the shipment was $96 which I suppose isn’t too much if I’m daft enough to splurge $4500 on a watch in the first place (the value when new was $6800 and this is a numbered LE of 285 so not easy to come by and I always liked it back to when it was released in 2016). Of the $96 some of that may be ‘admin fees’ I need to find the email with the receipt breakdown.

I post all the above in case it’s useful to anyone else to read of a real world anecdote as to how much to expect to pay for import duties when dealing with watches from abroad. Unless I come across a holy grail I’ll be unlikely to endure this ball ache again!
As for the watch itself, it’s a gorgeous (IMO) white dial Bremont OTUSA Americas Cup with titanium case. 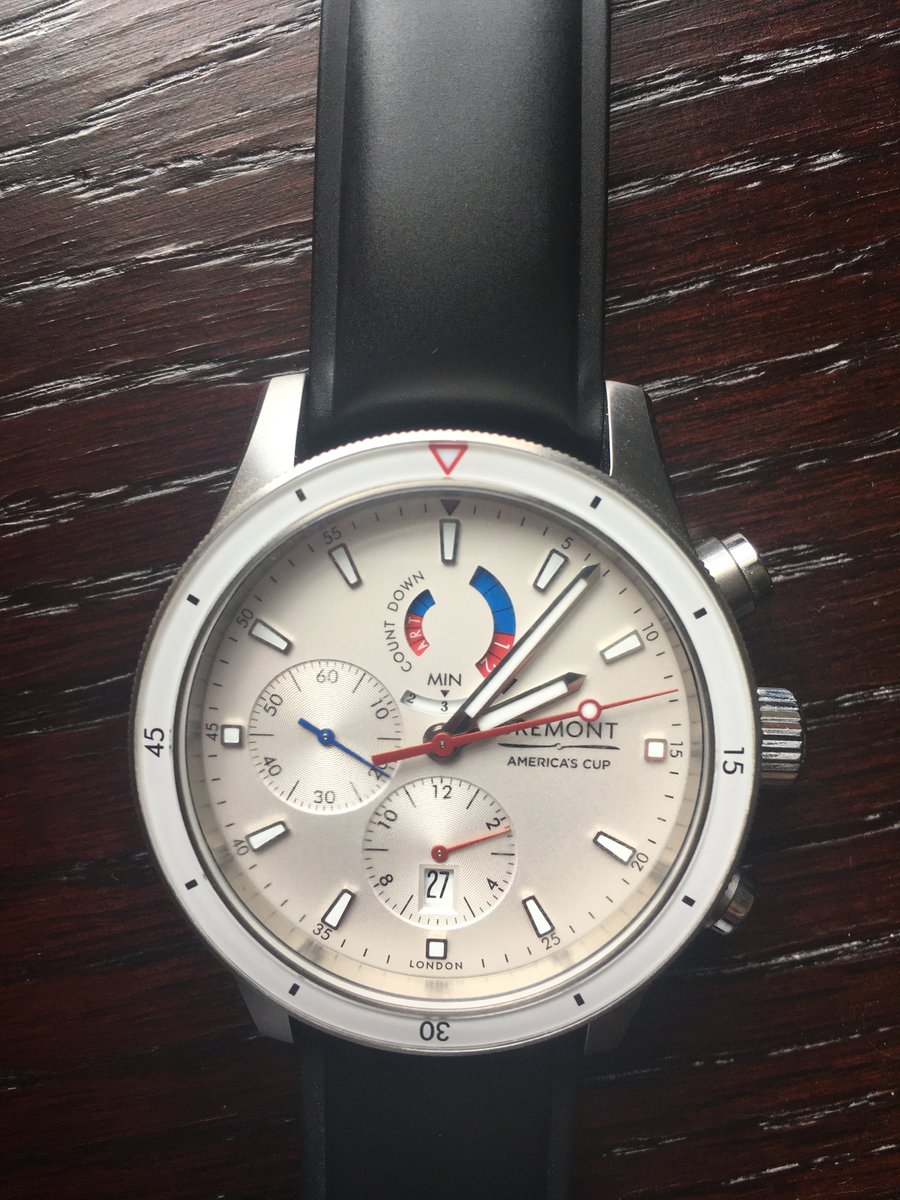 Bremont doesn’t seem to get a lot of love on here.

I became interested in this brand several years ago when I read an article about Britain being an original pioneer in the watch making business a long time ago but having been almost totally eclipsed by Swiss / German / Japanese brands more recently. Despite that that there were / are a few British brands (Christopher Ward) but it’s a bit sneaky to call some of them ‘British’ when they seem to largely use Swiss movements.
Case in point Bremont. After some research I found that one reason they lack a certain level of credibility / admiration among watch aficionados is that they use fairly basic Swiss movements but put them in a case in London to earn a ‘made in England’ merit badge, and pump up their prices to around $5k which seems like a fair enough reason for some people to give them a swerve.

Along with wanting to support my Anglophile tendencies I do generally like a lot of their designs and their standard font, but on most of their models there always seems to be at least one feature I didn’t like which prevented me from getting fully on board. (Ugly sword hands, four o clock date windows, weird heavy shrouds, ugly and oversized chrono pushers. two o clock crown positions, etc), but when this one came out about five years ago I really took a liking to it. After some patient searching I finally bagged this one in ‘as new’ condition but much less than the original RRP of $6800. It’s in barely used condition, all papers, pouches, extras etc. Seller knocked the price down to 4500, plus shipping tax snd insurance another $140 and import duties $96 so close to $2k off the original price. Authenticity confirmed. Whatever basic movement it started with, it’s had significant upgrades to add the fifteen minute countdown features. I’m not a yachtsman and I can’t think of another scenario in which I would need a fifteen minute countdown, but I don’t race cars and don’t have a use for a tach scale either and this hasn’t stopped me from getting a daytona and seeking out a Moonwatch speedy one day!
Anyway I love this - bright white dial with red and blue accents, lightweight despite the size as it’s titanium, rubber strap, easily readable hands, fonts etc and at what for me was a decent price. Now to track down that Moonwatch! Hodinkee collabs can be hit and miss, but damn I really like this: 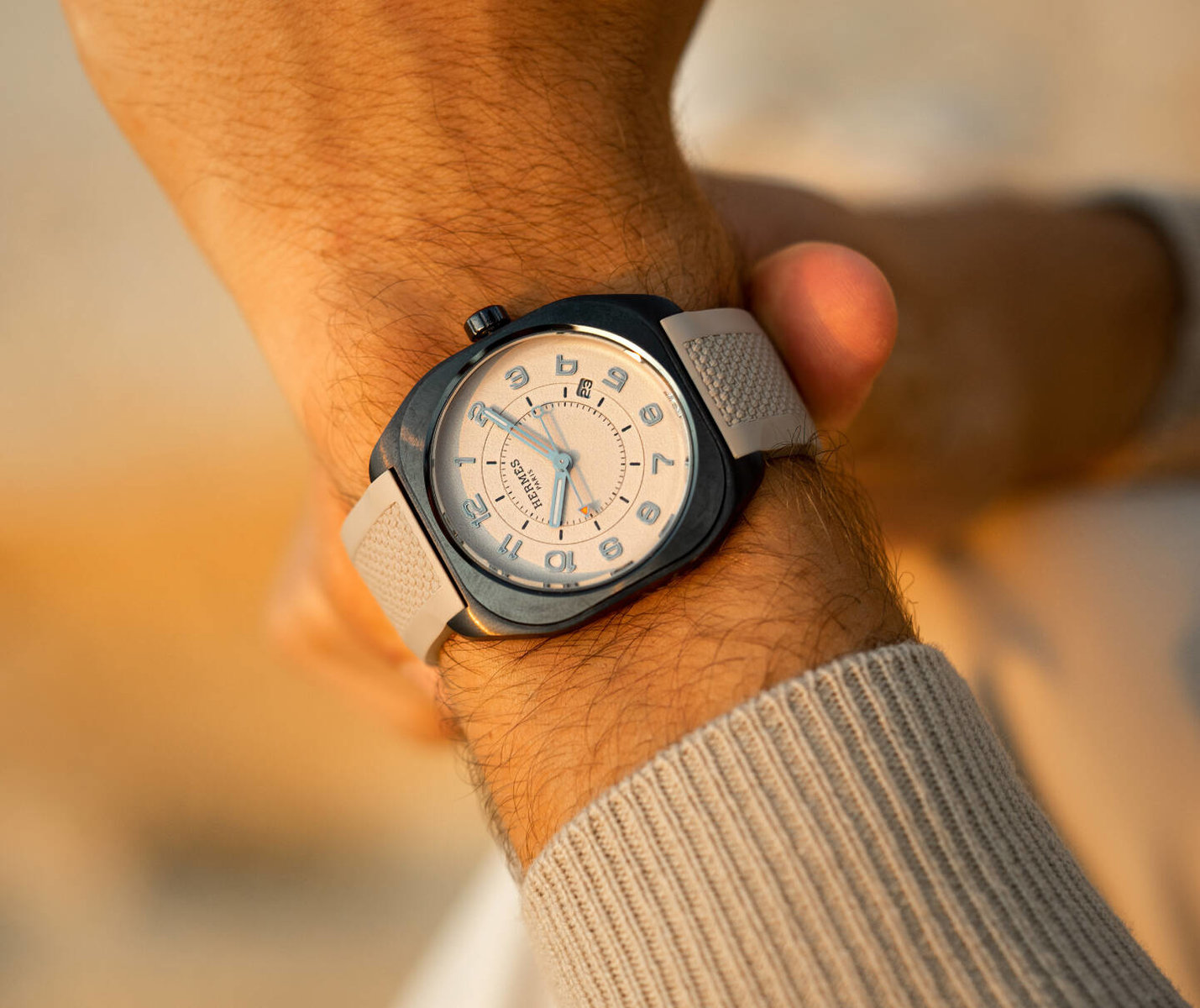