mebiuspower said:
I really want to like the GO but it just didn't do anything for me on my wrist.

I still hope to get a Lange 1 before the price goes any higher...
Click to expand...

I think they are going to keep going up for a bit because Richemont is cutting down on discounting so aggressively. It’s impacting second hand values quite a bit! Used to be easy to buy any Lange with a 30% discount and now it seems impossible to get that...

Would you prefer the regular AT over this new one?

Omega Male said:
All this Cartier love is pushing me over the line of finally getting the Mrs a Tank LC. Her birthday is coming up and she just signed a new employment contract that should keep me in fine wine and douchemobiles for the foreseeable future. The Palo Alto boutique apparently has one in stock.

Happy Birthday to the Mrs.! The Tank LC is a classic. You simply can't go wrong with one. I've had mine for over a decade and I never get tired of wearing it or looking at it!


Texasmade said:
I’ve never been a fan of the RG and black Cintrée. I’ve always preferred the YG champagne dial.

I like the Santos Dumont and I’m glad I can pull off the XL size. I’m not too big a fan of the RG version though. I also tried on the Tank LC and those are really nice in the classic L size. Hopefully my tendies go relatively well through the end of the year and maybe I can pick something in gold in early 2022.
Click to expand...

Yes, I've noticed you like champagne dials. I remember the 15202 in yellow gold that you posted with a champagne dial. I tried that one on in Vegas a few years ago and it didn't do anything for me. I guess I'm just not a champagne dial guy, but that's good for you since I'm one less guy on the waiting list to buy one.

The Santos Dumont in an XL size is still very wearable. Its another classic from them. If puts a smile on your face they definitely go for it! I also like as mentioned above the Tank LC. I have other non-round watches, but the Tank LC is my favorite. Wishing you luck with adding one in 2022!


Ebitdaddy said:
I actually think the GO is a better watch for the $. Moonphase, date discs that don't suck, and finishing that is "close enough" to the Lange. I wish it was a manual wind as it's a bit on the thicc side of things for a dress watch, but hey. Also GO prices used are still pretty low whereas Lange just took off. Probably deserved but it makes the GO an even better deal.

I would buy a Senator or other GO, but never a Pano. The Lange is the original, the GO Pano merely plagiarized the design of the L1. They even borrowed the same style hands. Anyway, I've written plenty about these two in the past so I'll leave it at that.


Ambulance Chaser said:
Watch out @Ebitdaddy, I think you just poked all the GO haters in this thread.

I've behaved and limited my comments. See above. 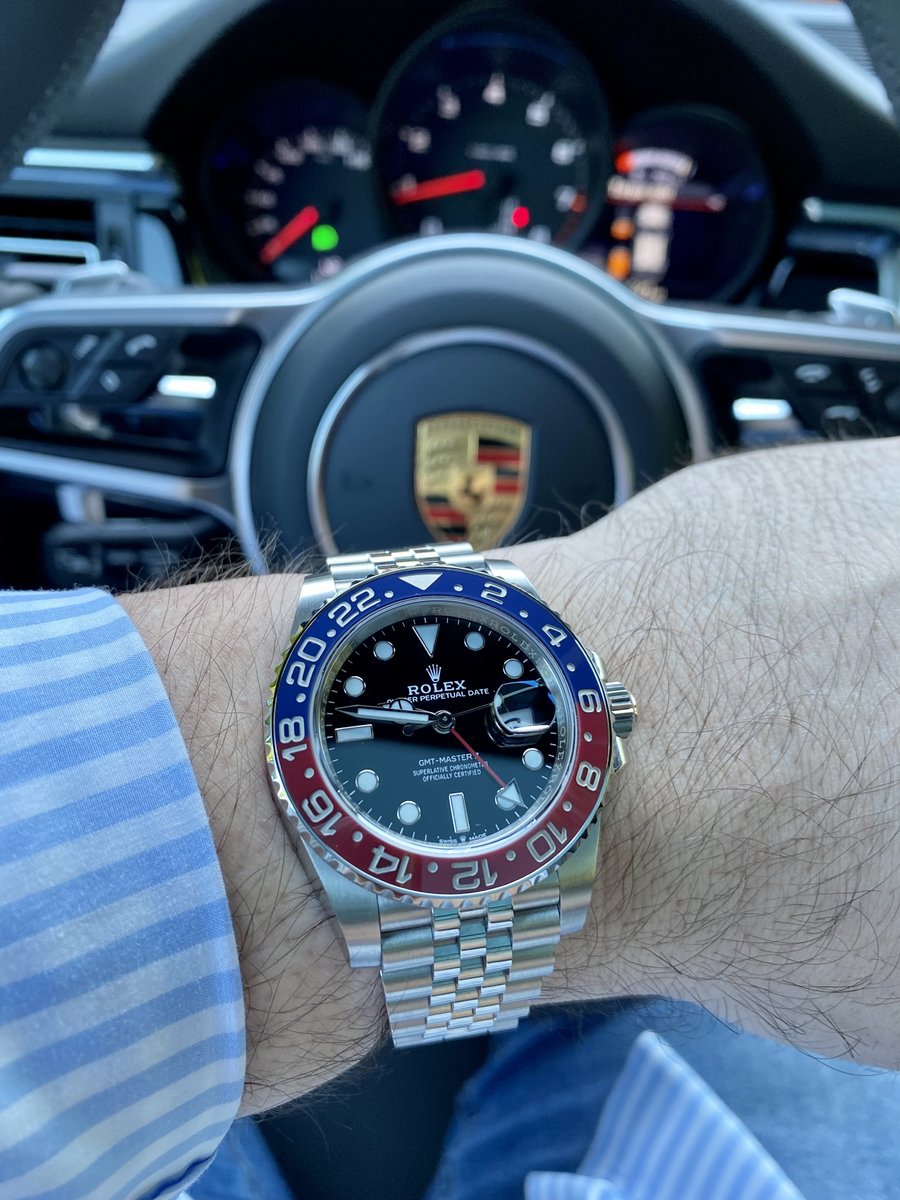 The reds are clashing

I want to like this, but there's something off about it.
A

Ebitdaddy said:
Can anyone explain the appeal of Roger Smith’s watches to me? The finish work looks to be a solid step down from comparably priced watches like Dufour, Gauthier, etc. Nothing too interesting on the complication front either? Obviously I’m missing something though.
Click to expand...

From a perhaps, less collector oriented, more grand public POV: it's tough to say truly what is the "best" but statistically speaking, Daniels is to watches what Beethoven or Bach are to music. He did everything himself, innovated, wrote "the book" etc. but I think he also had a prodigious eye for classical design, his watches are "peak British" in their eccentric restraint, an echo of the Empire on the tail of its fall, a form of refusal to live in the present and its decadence and lack of linearity.

Then he turned down Smith for years until his persistence (and presumably, advancing years) convinced him to take him on as an apprentice. Both Smith and Daniels subscribe to keeping things clean to let perfection shine through instead of covering it up. I happen to really like their finishing, preferring it to the continental style. There's something unique and instantly identifiable to a Daniels or Smith movement.

Smith's work is quite different in design, I think because he belongs to a newer era, a newer Britain. Downton Abbey is the marketing copy but the real thing is closer to a cross of Whitnail and I and Black Mirror with a Muscovite dash for flavour. In that sense Smith has modernised Daniels and is not competing with Breguet, but he's also lost I think that eccentric refinement that makes Daniels watches achieve records at auction and appear in exhibitions, and is a bit more internationally appealing. It's not, or less, what people expect from "the English". People think Isle of Man and imagine cream teas in flowered orchards, grazing sheep and a bit of iodine wind but they also like to go around their public roads at 200kph+ on two wheels.

But... it's still guaranteed 100% Smith. You've seen Foo's reaction to Ferrier's outsourcing. Smith has a super slow rate of production, you're guaranteed a product that represents that ethos of luxury as a relationship between an artisan and a customer, rather than the American mass market industrial version. You're guaranteed only precious metals, and a lot of care. You will get something with a solidity of look that avoids the pitfalls of overly ornate decoration without irony, perhaps better suited to the other gender. You get a lineage that is not going to be replicated or continued in the same way, even if Smith takes on apprentices now. It's not "an industry" and it won't become one and the type of customer that likes this seems to be reliable looking at the market.
A

It's a bit like ikebana. You could say that many flowers, as many as you can stuff in the vase, beats one flower, and that is one dimension, and many people prefer that. But there's also many people who prefer just one, in the right vase, on their alcove with the scroll, and they must be doing something right given the prices and full bookings of Japanese ryokans who still practice it.

Jamesbond1 said:
Would you prefer the regular AT over this new one?
Click to expand...

Texasmade said:
Called Cartier yesterday to setup an appointment for this morning. Tried on several watches but only grabbed pictures of these 2. The SA said that a gold deployant normally runs $1500 with an additional $400 for a strap. The SS deployant was about $400 (I think).

am55 said:
The reds are clashing
Click to expand...

Your face is clashing.

Looks like a 3 dial dash so…Macan? it could definitely be douchier. Maybe a Cayenne Turbo.

On the 3 watch collection front, these seem to be available, in gold, within my budget and are my favourite so far. Nickd said:
Looks like a 3 dial dash so…Macan? it could definitely be douchier. Maybe a Cayenne Turbo.
Click to expand...