The Ultimate Rug and Carpet Thread

Crate and barrel, was some final sale discontinued item though.

Anyone want a bear rug?

Just as unrestricted questioning is our capacity for self-transcendence, so being in love in an unrestricted fashion is the proper fulfillment of that capacity. – Bernard Lonergan, S.J.

As shown, it looks like the bear is being arrested. I guess it shouldn't have gone fishing without a license...
“It is difficult to get a man to understand something, when his salary depends upon his not understanding it!”
—Upton Sinclair

The most recent addition to our rug collection is this 1920's/'30's Navajo handwoven rug made from natural wool colors and hand carded and spun wool. 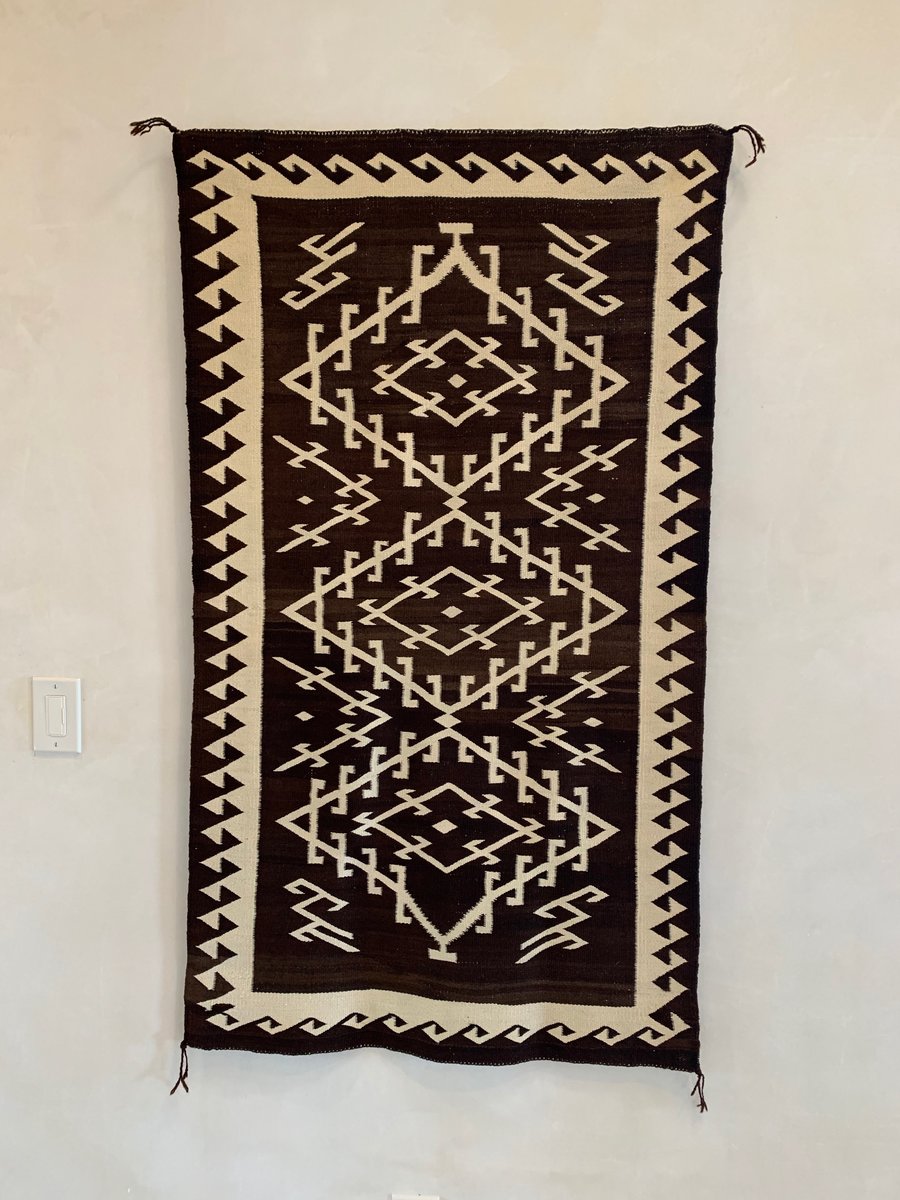 Been looking for a nice black rug like that to contrast my carpet upstairs. 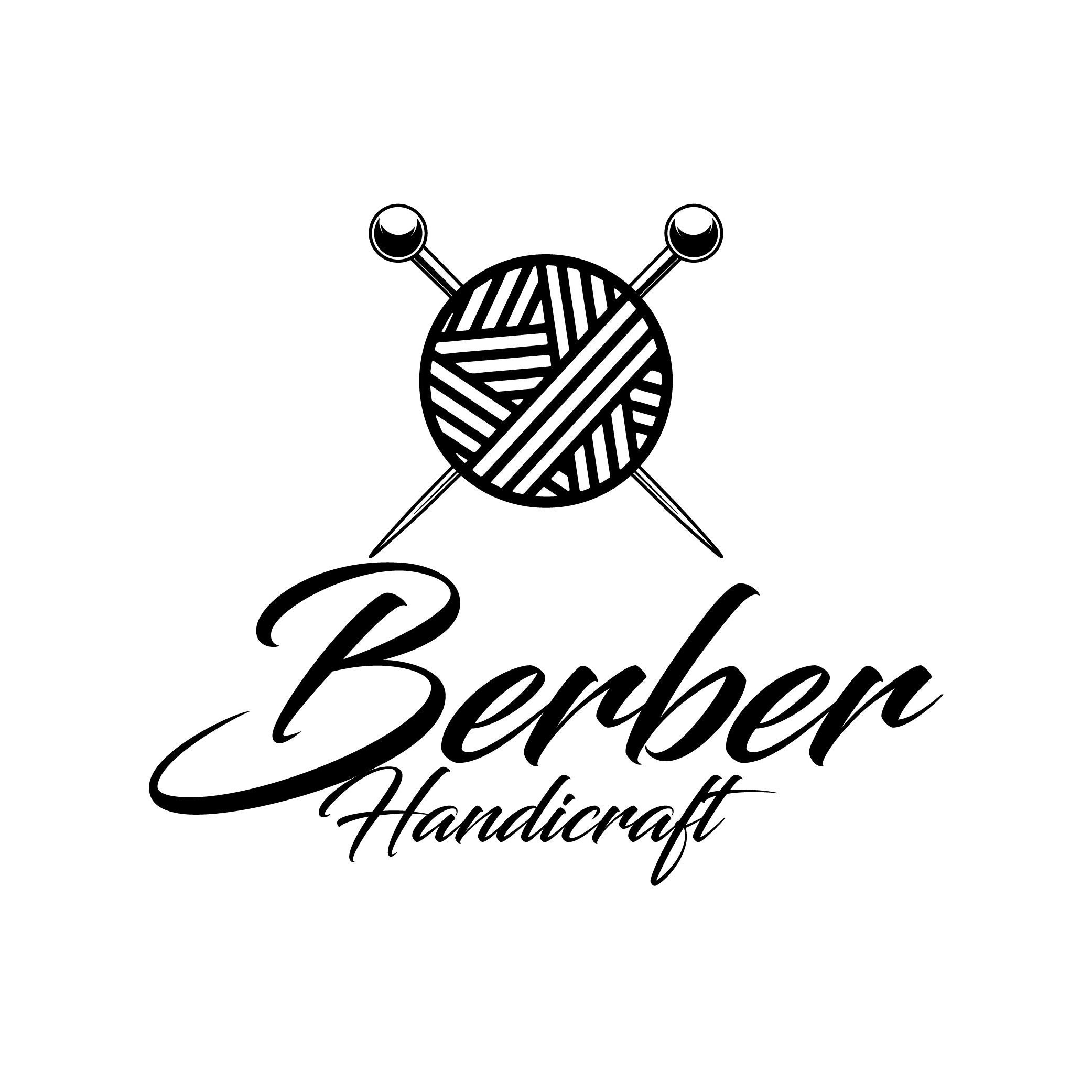 Authentic Moroccan rugs from Beni Ourain and more... by BerberHandicraft

Does anybody know anything about this? Handmade from where? What's this style called?

Do you guys use rug pads under your rugs, why or why not? And anyone have recs on a good brand?

MarkI said:
Do you guys use rug pads under your rugs, why or why not? And anyone have recs on a good brand?
Click to expand...

Yes, we use pads under all of our rugs. I don't know the brands, we get them from our local specialty rug shops/galleries and an area rug cleaner/restoration firm that cuts them to fit. Both provide a rug that is a mix of rubber and fabric. It gives much more cushioning and comfort while wearing shoes or bare feet.
Follow me on Instagram

Rug pads are a must. Wirecutter has a few reasonably priced recommendations.
I don't really believe any of the crap I post here, I just do it because JR Mouse pays me by the word to promote his leftist agenda. - lawyerdad

This first one is a pre- 1905 Germantown weaving. The term "Germantown" is for the name of the wool dyed and woven in Germantown, PA that the trading posts sold to the Native American weavers. The Navajos loved the bright commercial dye colors and buying factory wool was much easier than carding and spinning raw wool. 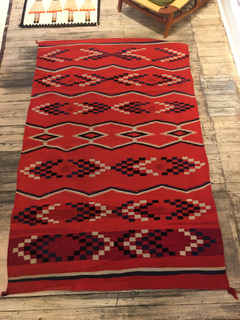 This next one is a rare, double sided weave (different pattern on each side) and probably from 1890 +/-. The condition is a bit rough and it has a long history of repairs but it's appeal is ideally in sync with the current trend for distressed contemporary interior decor rugs. 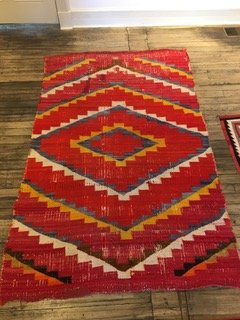 Gus said:
The condition is a bit rough and it has a long history of repairs but it's appeal is ideally in sync with the current trend for distressed contemporary interior decor rugs.
Click to expand...

Gus said:
The most recent addition to our rug collection is this 1920's/'30's Navajo handwoven rug made from natural wool colors and hand carded and spun wool.
Click to expand...

How do you verify the age and origin of a rug like this? I have modern hand-knotted rugs from Tai Ping, Henzel, Tufenkian, and Jan Kath. I have low trust in these companies, which I think are some of the most known in the business (their margins have to be insane). I can just imagine buying a vintage rug would be harder, though the stakes might be lower if they are small rugs.

SirWilliam said:
How do you verify the age and origin of a rug like this?
Click to expand...

It's a combination of a number of things:
1) The wool and how it was made (commercial machine or hand woven, natural dyes or commercial dyes)
2) Navajos use of an upright loom
3) Navajo rugs have "lazy lines" in them where the weaver stopped and started
4) The pattern is influenced by the trading posts during certain specific periods (in this case 1920-30's it was popular for the trading posts to ask Navajo weavers to replicate certain patterns found in Oriental rugs which were popular in the major cities of the East Coast.)
5) Certain patterns came from specific regions/Trading Posts of the Southwest
6) It looks and feels "right". Once you have inspected, bought, traded enough of these you can spot fakes pretty easily.
Follow me on Instagram