THE PITTILOGUES: ONE MAN'S RAMBLINGS THROUGH THE SEEDY UNDERBELLY OF #MENSWEAR AT PITTI UOMO 85

In an effort to make a bit things a bit more streamlined, I'm going to create a new thread here that will act as something like a journal, separate from the brand thread and separate from the future write-ups. Things could get messy.
​

Synthese said:
Pitti Travelogue 00:​
Waiting to board the plane from Frankfurt to Florence is an adventure on itself. There are more cuffed jeans than one usually sees; more scarves, more squares, more sprezz.

I waste time trying to guess who's attending the fair. The young Japanese guys with Raf Simons runners, layered tank tops and hankies in pockets are almost too obvious, as is the man with multiple bracelets, jeans cuffed high above his chukkas, and a wool overcoat draped about his shoulders.

Others are less easy to spot. Are those Nikes unlaced for a reason? Are too-slim suits really a #Pitti giveaway? I know that my own hair is only unruly from the sardine-sleep of the airport-weary, rather than any attempt at unkempt swag. So far, I'm the only guy with a sheepskin coat, J. Peterman-worthy cargo pants, and a face like death. I look more like a dad than the actual dads in the airport. I could blame it on the three flights it took to get this far and the twelve hours spent on hold with airline agents, but I can't ever remember looking good when getting off a plane.

No sleep for the swagged.

Dinner was obtained at an Osteria tonight, with @unbelragazzo and @gdl203. It is difficult to describe how to it feels to meet these two pillars of style knowledge in the flesh. I felt like Miran, staring up at a statue of @StanleyVanBuren, unable to even lay my head at the Olympus of my betters.

And so I wrestled with my delicious carbonara while they used words like "market projection," "CPI," and "Hedge." Unsurprisingly, Italian food tastes different in Italy, and the noodles in the thick, rich sauce were - dare I say it - unctuous.

#Pitti starts tomorrow. Y'all best be ready. Shit's about to get real.​
Click to expand...

When I checked into my hotel the night I arrived, the concierge asked me if I was "here for the show". Yes, I laughed. "It's kind of a circus," he said.

He was right. After a shower (my towels smell like glue), two machine-made cappuccinos and two packets of salami, I find my way to the exhibition by following a pair of dudes in blacked out varsities, one of which declares "Jesus saves, I spend." Lead on.

The corridor into the Fortezza is lined with bloggers in bright clothing, waiting to take pictures of people in like attire. It reminds me of great white sharks off the coast of that island in Australia, where they lounge around doing shark things and wait for seal pups to dare the waves. It's a parody of itself; the reality is more terrifying than any street-style nightmare. Creepers, chukkas, loafers; as long as the pants are cropped and the collars are popped, you're in business. I hear Nick Wooster was wearing shorts. Yes, that was an actual topic of discussion. The bloggers pay me no attention, damn them. No love for a guy in beat-up cowboy boots and a fisherman sweater.

I bumble my way into the exhibition area. I think I do, at least. I can see a Barbour pavilion, which seems like a good start. Woolrich is alongside. My pass is scanned, credentials are accepted. I walk in. It's time to blog.

After spending too long looking at the outerwear at Closed, I realize that outside is where the fun really is. The casual tie and the suede monk - single and double - feature heavily. It looks more affected than the oft-scorned goth-ninja. Timeless and classic this is not - it is a drug, a scene for those looking for a hit of something loud and hard that will tide them over until spring/summer rolls around. And the pants? High water doesn't even begin to cut it. This is some serious Huck Finn flood-level rafting shit. But who am I to judge? I cosplay as a space pirate on a regular basis. 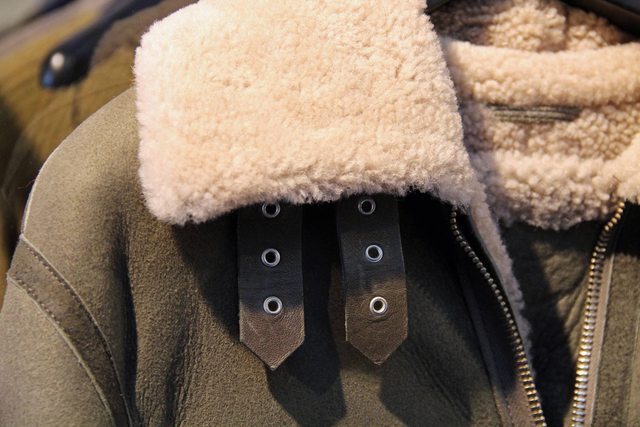 For some reason, the wall, which is - incredibly - a real thing, is festooned with speakers on sticks that I suppose are meant to resemble multicolored flowers, or maybe lily pads from one of Monet's dystopian nightmares. Someone, inexplicably, thought it would be a good idea to pump the sound of a baby crying through them, and it takes me a while to locate the source of what I originally assume to be the call of an oversized, deranged pigeon. The wall is also festooned with the most bloggable of the guests, lots of whom are lounging uncomfortably on the awkwardly concave cement, trying to look nonchalant, and largely failing. 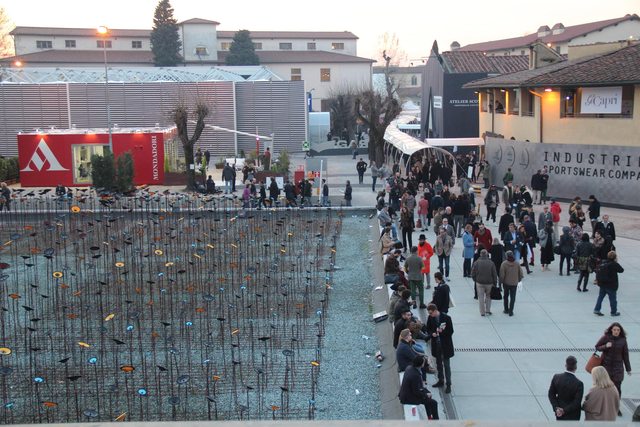 You don't race through Pitti. You amble. You stop, you feel some fabric, you wait for someone to take a picture, you take your own pictures, and you move on. Most of my morning is spent trying to figure out where the fuck to find the brands I want to cover, which is not as easy as it sounds. The Fortezza is a maze of booths, cigarette smoke, and enough pocket squares to raise the titanic. Christ, I have to pee. Enough with the cashmere, get me a toilet.

I find relief behind the Kiton booth, where I stare blankly at the sink until an old Italian gentleman shows me how to operate it with a foot pedal. I'm really settling in now, vibing hard, feeling ready to get the fuck away from the sprezz and find some lunch. Once again, @unbelragazzo is my compatriot and savior, and the press buffet provides time for the comparison of notes and the resting of weary feet. More booths come after arugula, prosciutto, cheese and wine. I go to the press room to get a goddamn map and an espresso, and then dive back into the fray.

Somehow I find the pavilion I’m looking for. It’s called the “Touch!” pavilion, or the “Happy!” pavilion, or god knows what. Finally I come upon the brands I’ve been hunting all day. Diemme is first, then Yuketen and Monitaly. I check out U-Ni-Ty, chat with the designer, then thoughtfully squeeze a lot of Barena jackets. 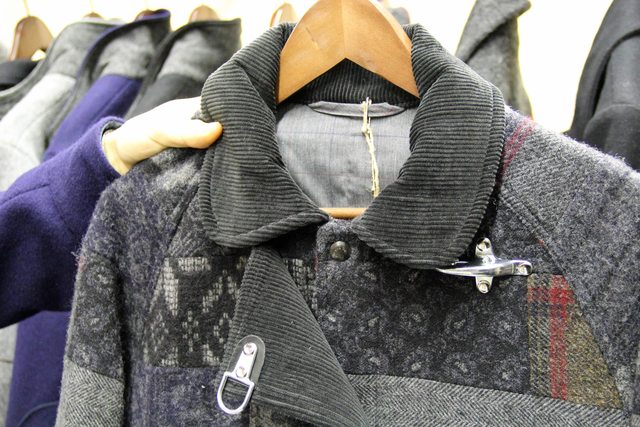 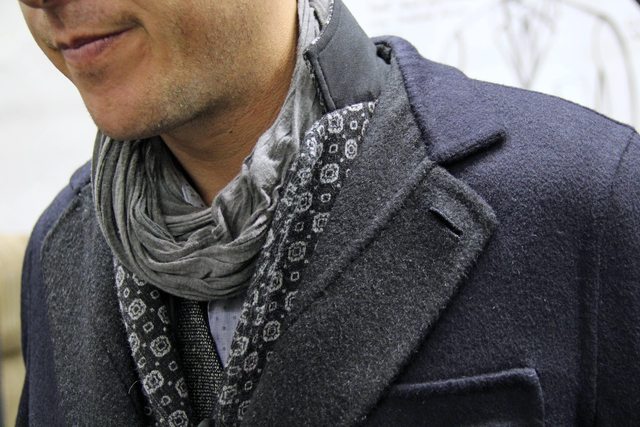 And then I find it. The coolest place I’ve seen all day. All they sell are capes. Military capes, capes for “famous people” (Loro Piana numbers which are “very expensive”), capes for normal folks. Capes for people who don’t wear capes: Perfecto capes, Montgomery capes, Arctic parka capes. I try one on. I feel awesome, like the man with no name only cooler. Fuck Styleforum coverage, I want one of these.
Reluctantly, I take off the gray military cloak that I want very badly to make my own, and walk to the front of the pavilion, where Junhashimoto is. 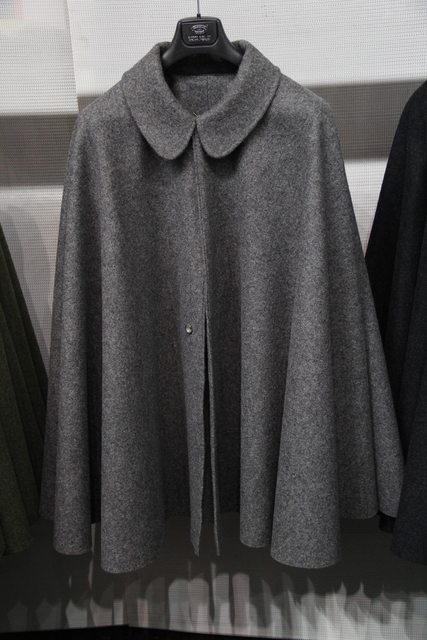 I talk to Jun Hashimoto for a long time, because he’s a cool dude. He’s sitting at a booth with nothing in it but shirts, looking at his computer and ignoring everyone. Seriously, all he brought is shirts. Ten of them are white and identical, hanging next to each other on a rail. Some of them are in other colors, with pockets. Two are in crushed velvet. I see some coats behind the rail. 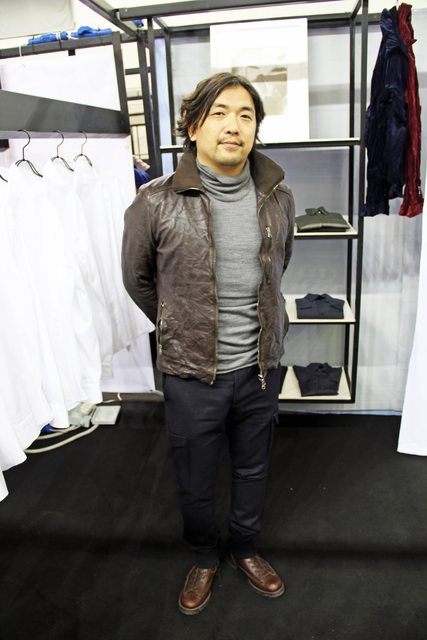 The dudes at A Kind of Guise don’t want me to take photos, which is a shame, because the clothes are really nice. Instead I make small talk about local production and whatever. The designer is gesticulating at his iPad and talking to someone, maybe himself, in German. I tell them I’ll come back. I’m wishing I hadn’t forgotten my chapstick. Cherry flavor. I’ve been chewing on the same tea-tree oil toothpick for a couple of hours now, in between popping Newman’s Own mints like an addict. My lips are dry.

Mark Hare tells me about his new line. They’ve started from scratch this year, thrown out all their old lasts, and the results are sleek and masculine and foreboding. I talk to him about shoes for a while; try to sound cool by saying things like “London store” and “Oki-Ni” and “LN-CC.” I don’t know if I fool him. I leave a card, tell him I’ll be back to talk about “construction.”

Then it’s back to Inis Meáin, one of my favorites of the day. I watch @unbelragazzo and @gdl203 do businessy things with the owner, and I take some photos and pretend I’m important. My feet are killing me. I tell them I’m leaving, that I’ll see them for dinner, and head back to the hotel. 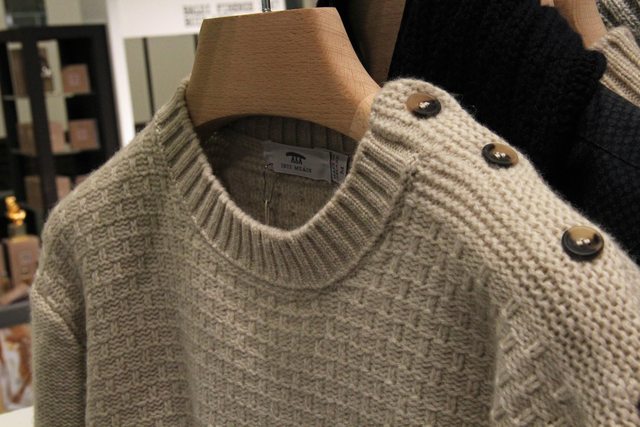 llol This is so good

Thanks, I felt like I was there and that you're actually as normal as I am. I hate chap lips!

Leaves said:
On Thursday I plan on being EXTREMELY hungover, see you in The Bar Wednesday night! I'm easy to find, just look for the 6'6" Swede. Skål!
Click to expand...

Oh god he wasn't kidding and it's only Wednesday morning

gettoasty said:
Thanks, I felt like I was there and that you're actually as normal as I am. I hate chap lips!
Click to expand...

So sad I couldn't make it to Florence, guess I will just have to settle for vicariously enjoying the sprezz through you.

Yohji, Or How I Learned To Stop Worrying And Love The Looser Fit (Yohji Yamamoto Thread)

Someone asked me for a picture. I don't think my panic was evident. Is this what they call The Big Time?

I'll gladly take this over an instragram-account any day, great writing as usual

Synth, who routinely posts pictures of himself on this very website dressed in $10K+ outfits (maybe an exaggeration...but not by much), feels out of place at a #menswear tradeshow. I am on the edge of my seat waiting for the next installment.

How would a actual pleb fare at Pitti? Would he simply disintegrate never to be seen again?
Get off of the internet.

^As a pleb who's been there, I could barely keep myself together.

So wait, is there an instagram? There IS an SF instagram, but I don't think that's the one you're using...
putthison.com |

Tip of the hat to Jet for realizing that, though it wasn't unexpected. He has proven himself time and time again to be an astute purveyor of fine design.
Click to expand...

Props to jet for being the fucking Keyser SÃ¶ze of Styleforum.

Can an average SFer show up at Pitti, or do you have to be in the industry (e.g., vendor, blogger, etc.) to attend? I'll probably never have the time or money to attend, and won't get as much out of it as I would just reading these threads, but I'm curious.
"Whatever you do in life, make sure to surround yourself with smart people who will argue with you." -- John Wooden

jet said:
i want a fucking cape
Click to expand...

Me too after seeing that pic.