Something that I think is underappreciated, or at least inarticulated, is the presence of paranoia as a central feel and tone in art. Personally, I love it, when done correctly. Does anyone else share this enthusiasm? What are your favorite films/albums/paintings/books/whatever that build on a sense of paranoia?

Deus Ex would have to be near the top of my list.

The Thing (1982) is constructed around a pervasive, suspicious dread.

Chesterton's The Man Who Was Thursday is rather prototypical of this aesthetic (which seems to be an exclusively 20th-and-later century phenomenon.)
Quote:
Originally Posted by Connemara

I am very fond of this rather obscure archetype. As for Bauhaus, if you have ever seen The Hunger, at the beginning Bauhaus is performing live, their "Bela Lugosis Dead" with Catherine Deneuve smoking and wearing hard-edged Alaia leather.

Also Dirk Bogarde in his later films, playing the ultimate gentleman pervert, with his neurotic elegance, and polarized morality. The seminal The Cabinet of Dr. Caligari is another exemplar. Otto Dix's Portrait of Journalist Sylvia von Harden:

Actually there was a certain history in art that practiced this aesthetic such as El Greco, Goya, and many of the Spanish painters. The French Symbolists, such as Odilon Redon: 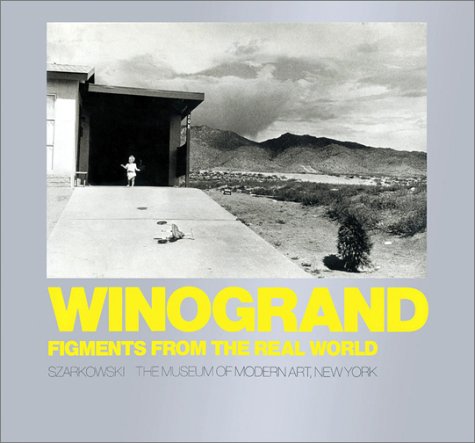 Ah LK, you can always be counted on for aesthetic appreciation.

Has anyone written anything surveying paranoia in art and/or literature as a tone? Seems to me it would be a very fruitful study for its insights into the modern and postmodern psyche.

One important thing, though, is to distinguish paranoia from raw dread, mere suspicion, and simple psychosis. In psychology, this distinction is aided by the assumption that fears of conspiracies and so forth are delusional, which is no longer a forgone conclusion in fiction.

I think you can best define paranoia as an aesthetic negatively, by deliniating it from these similar tones. I also think there's an element of grandeur to it.

Going back to examples of the form, I've got noir films in the back of my mind in all this, but I actually haven't seen very many. Noir fans (FNB?), what films are most exemplary of the paranoid archetype, as LK put it?
Quote:
Originally Posted by Connemara

Wow. Something about that is very, very subtly incredibly unsettling.
Quote:
Originally Posted by Connemara

Heidegger wrote a rather succinct essay on literally "The Thing," and its void. Also Lacan's "Objet A" and the various versions of the "fetish" articulates this notion. Julia Kristeva's neo-Lacanian abjection studies correlates very well. Georges Bataille wrote The Impossible about the pursuit of the impossible leading to masochistic ecstasy. And of course, old friend Sigmund Freud writes a bit about this aesthetic sensbility, although his texts tend to be less specific and more a background for further study. The study of paranoid aestheticism is the study of perversion, in a sense. Also Baron von Kraft-Ebbing discussed psychological deviancy. In terms of Film Noir, Raymond Chandler's novels with Marlowe are a fine example.
http://leisure-class.blogspot.com/

I agree very much with your grandeur statement. There's a certain Baroque glamour to it, if not something masochistic. Flannery O'Connor is a sort of master at the short story for this as was Paul Bowles.

Flannery O'Connor is a sort of master at the short story for this as was Paul Bowles.
I find Borges can convey this feeling incredibly well, for example in "TlÃ¶n, Uqbar, Orbis Tertius" and "The Book of Sand."
Quote:
Originally Posted by Connemara

There's a certain Baroque glamour to it, if not something masochistic.
Good point. It's a sort of chameleon-baroqueness though. For example, the conspiracies that are frequently central to paranoia are rarely explicit; rather, it's a dizzying web of possible connections and suspected occurances. It is Baroque in a, as you suggested, perverse way. I think that's what makes it so compelling to me. It combines both faith (the grand constructs and plans) and cynicism (it's all either indeterminate, or, despite its grandeur, sinister in nature.)
Quote:
Originally Posted by Connemara

95% of what you post, I have not heard of or seen before. However, I can't help but be amazed and curious and interested in what you post. Very cool.
eBay store:
http://stores.ebay.com/Top-Shelf-Apparel

Zen and the Art of Motorcycle Maintenance.

Some parts of The Doors of Perception.

Pink Floyd's album "Animals" among others.

Zen and the Art of Motorcycle Maintenance.

Some parts of The Doors of Perception.

Pink Floyd's album "Animals" among others.

OK, someone's going to have to explain the hand to me. I'm a little slow on this one.

OK, someone's going to have to explain the hand to me. I'm a little slow on this one.

Tom
I don't know, it just kind of creeped me out a bit. Random. Sorry.