Awesome pair of boots that I just don't wear enough. Purchased brand new by myself and worn less than ~5-6x on dog walks.

If desired I can include the original box/bags/ etc... but might increase cost a few dollars for shipping. I’ll include original leather laces with the pair. Unused. 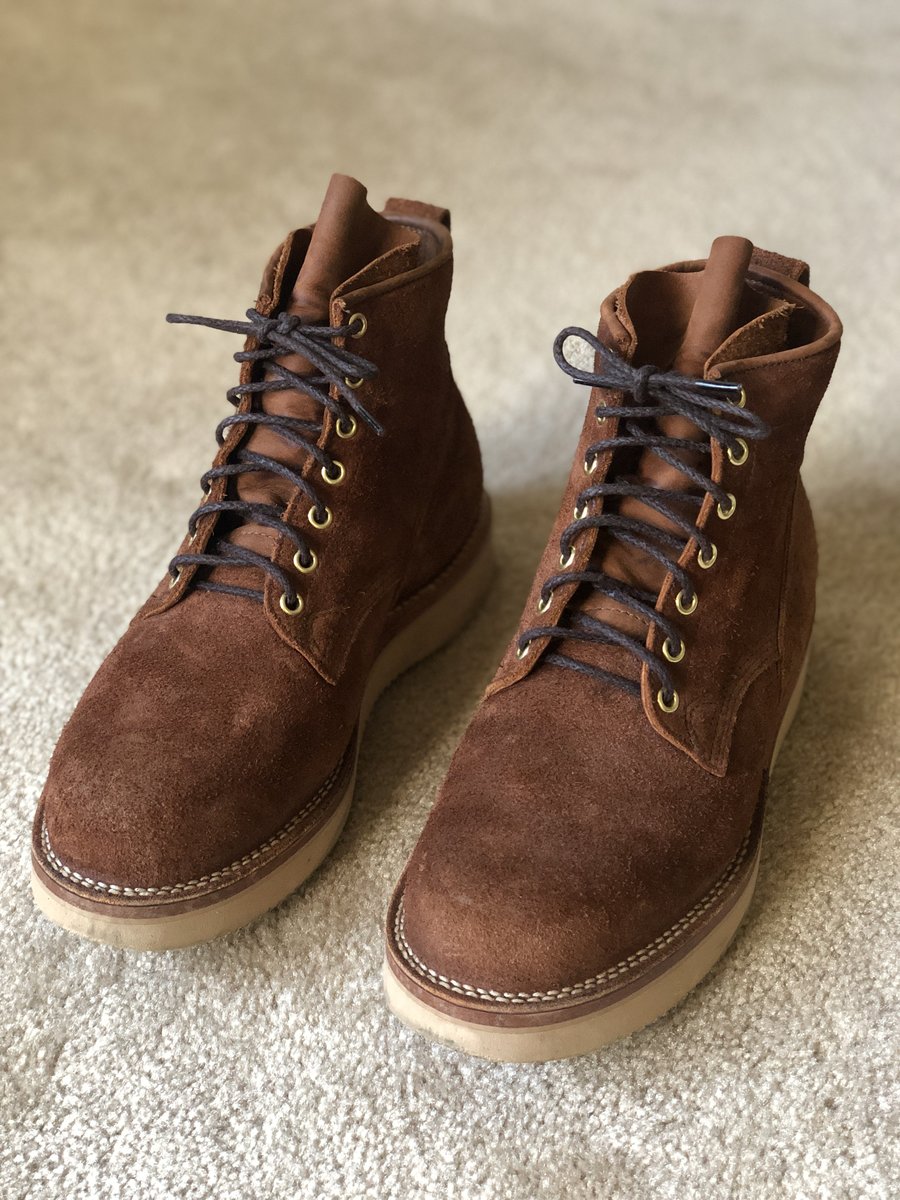 These are a 3sixteen collaboration. I picked them up in early 2018 directly from the shop (January I think). Wore them for the summer then put them away because I don't think 2030 works for my feet. I always ended up reaching for something else.

They are in great condition with minimal heel and sole wear. There is some denim crocking around the heel and eyelets, but it isn't much. They look great otherwise. No construction flaws or anything. Comes with Viberg dark brown flat waxed laces.

Price: $325 shipped to USA/Canada with PayPal F&F.
These will ship from Toronto, Canada.

Let me know if you need more pictures. I also have feedback on my Grailed account and have sold on Reddit many times in the past - so send me a DM and I can get you this info upon request. 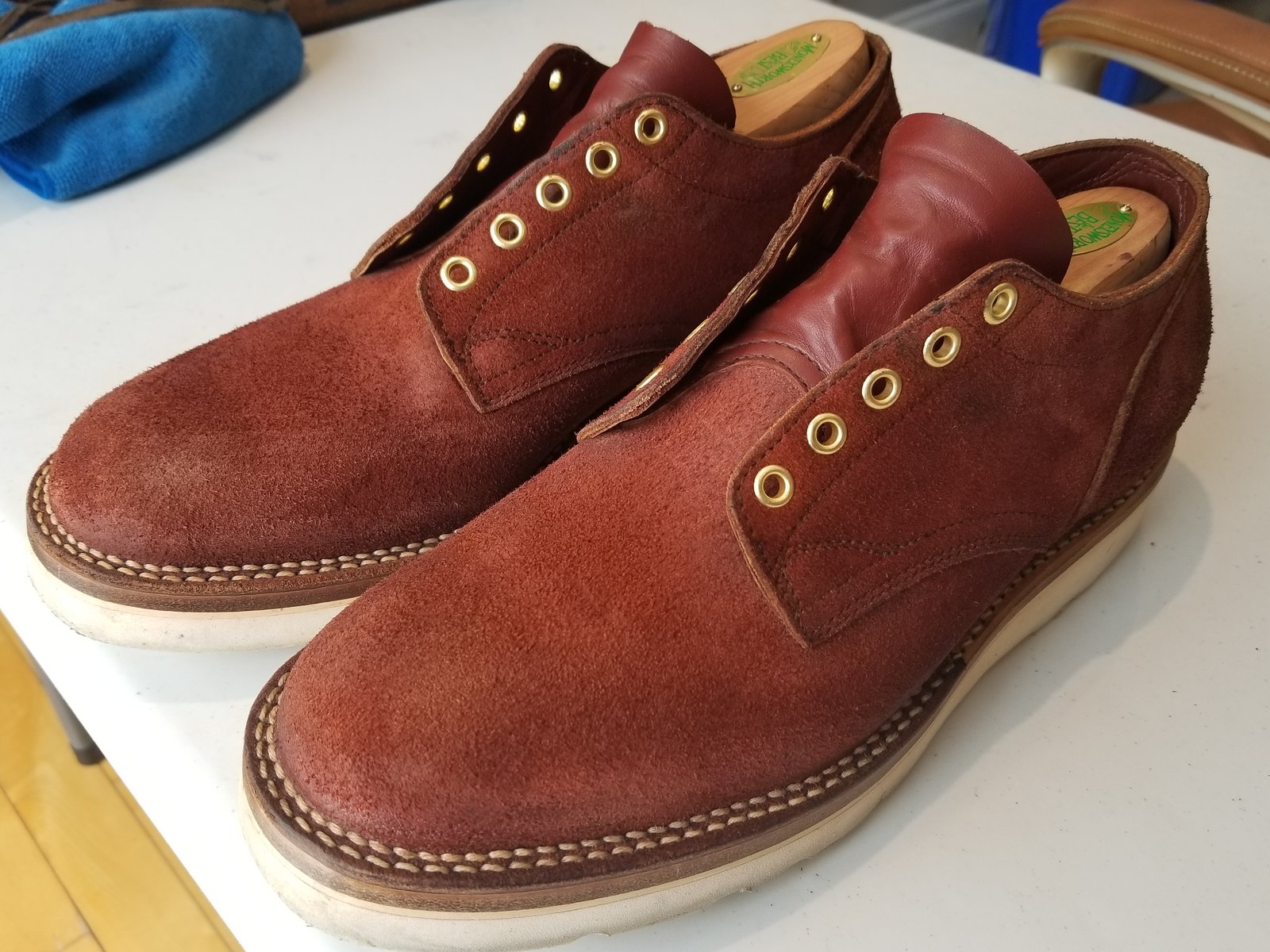 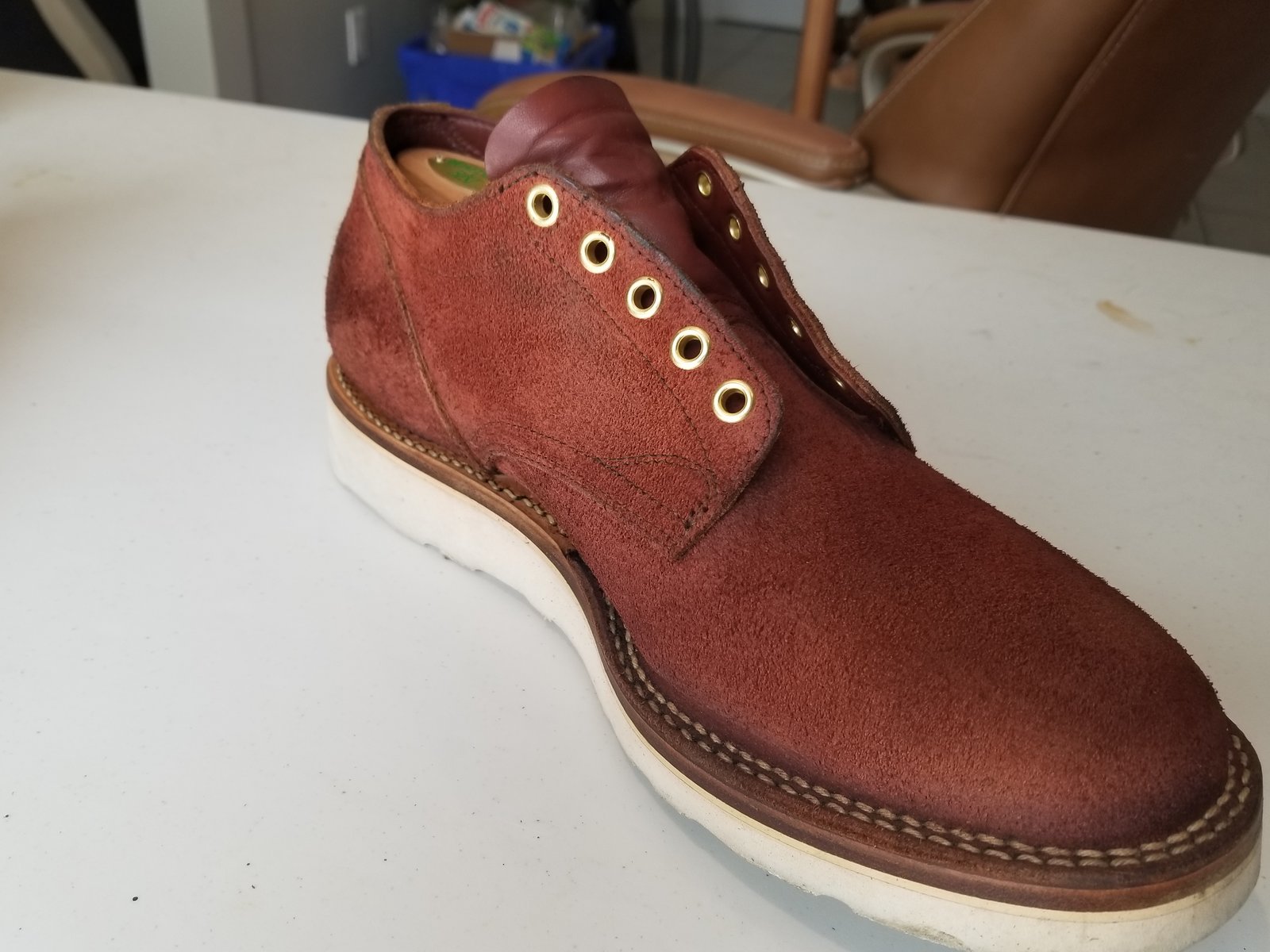 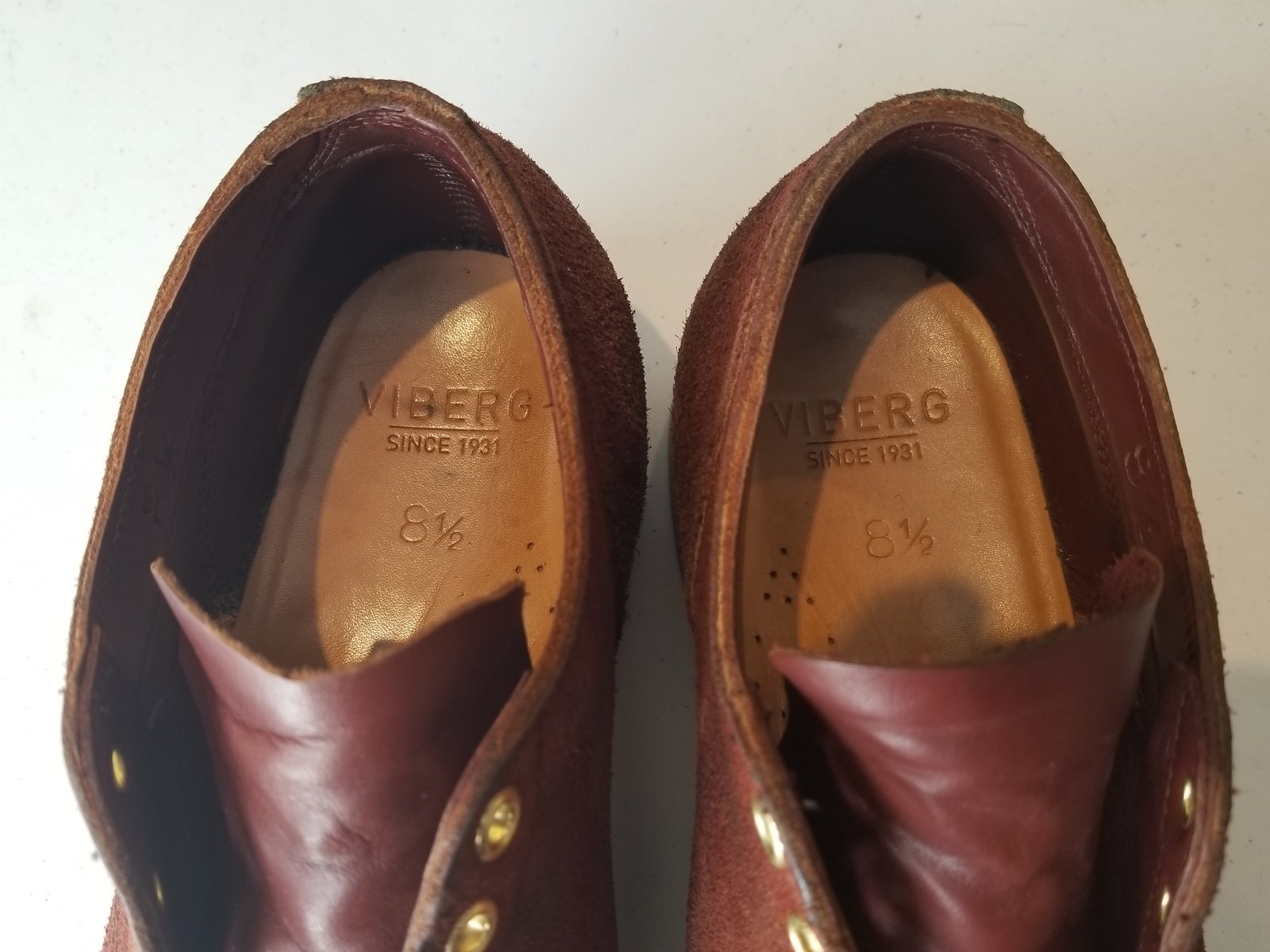 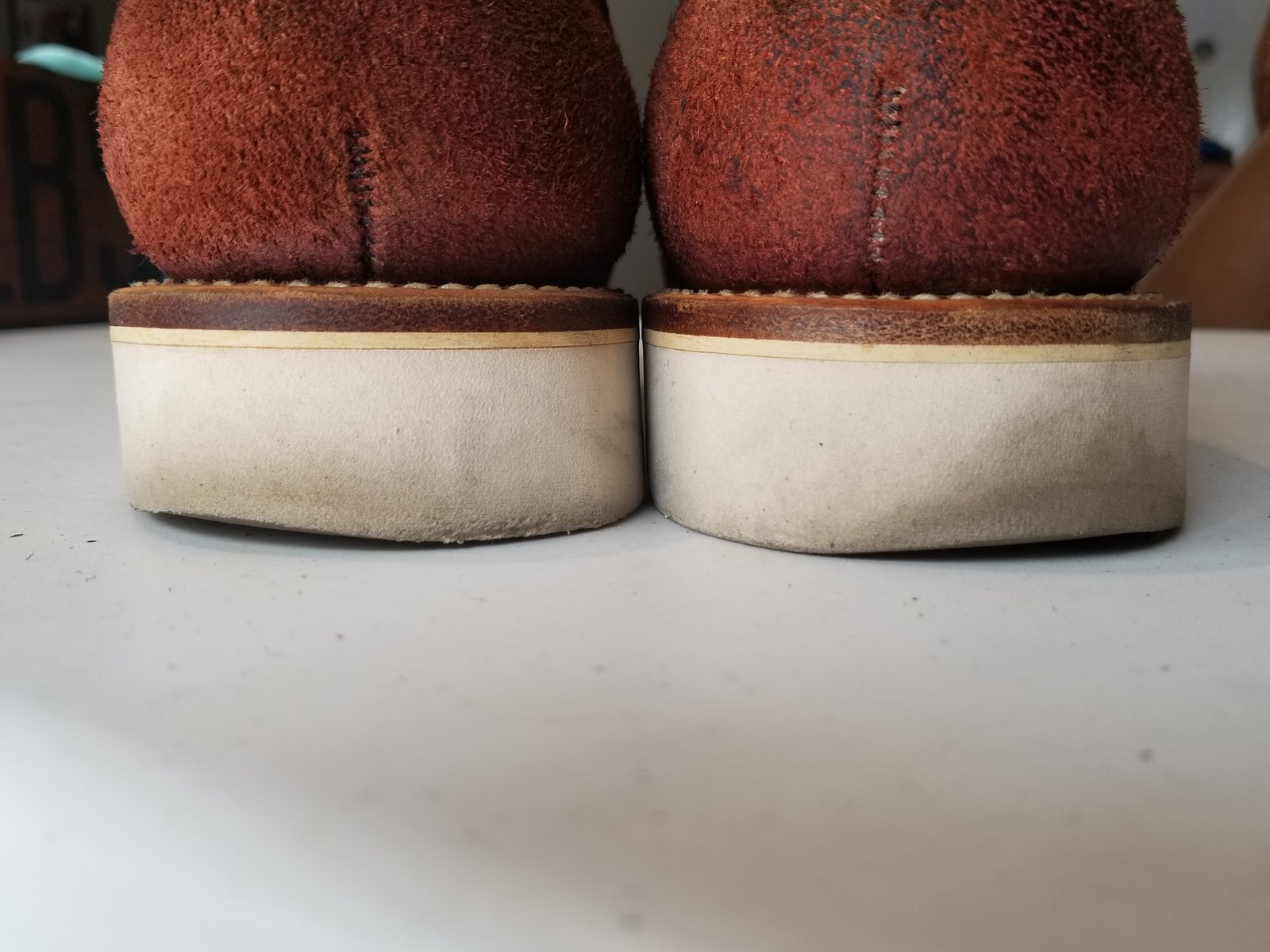 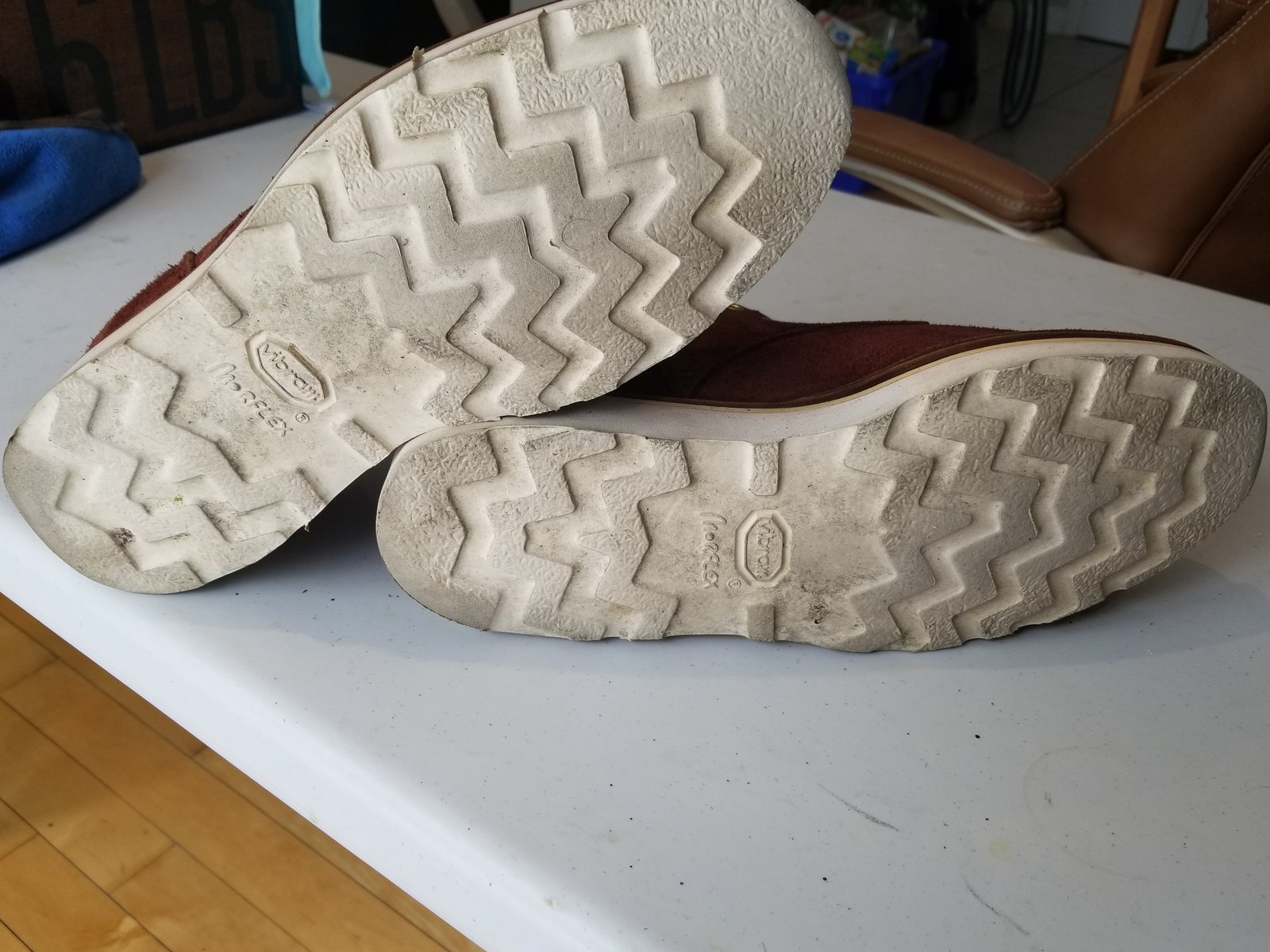 Chrikelnel said:
Sorry it took a few days, here’s an album with a few pics. I can take more later depending on interest. Size 9, 2030 last, brown italian calf (pretty sure the consensus was guidi leather but not certain), partially structured toe, decently centered toe caps for Vibergs, kip lining, I can’t see any wear that a quick condition/brushing wouldn’t fix. Like I said if there’s anything specifically you want to see just let me know. I haven’t sold anything here but I have 100% positive feedback on eBay and Grailed, and a few confirmed sales/trades on Reddit’s knife_swap under the same username.
Click to expand...

These are still available, price is a bit flexible because I just picked up another pair and need to recoup costs
J

EDIT - Sorry taking these down for now, I'll deal with a couple of extra pairs in the closet
Last edited: Wednesday at 6:03 PM

If anyone is selling a 145 Oxford (either Withered Fig or Miloh Shop) in crust leather in size 9 - I am very interested.

Both pairs have been worn as part of my relatively large collection since July 2019. I estimate that they've been worn between 20-40 times in total.

Prices include shipping to the US and Canada, international shipping is possible at buyers expense.


EDIT - Forgot to mention that I don't have the original boxes. The first pair to sell with ship with a Viberg box - non original and the second will go in a sturdy non Viberg box. I foolishily threw the boxes away to save some space. Both pairs will ship with Viberg boot bags
Click to expand...

Sartorium said:
I know it's in the images, but just to be safe you should mention somewhere that these are 9 1/2
Click to expand...

NYDRH said:
$700 These are still available
Click to expand...

Chrikelnel said:
Sorry it took a few days, here’s an album with a few pics.
Click to expand...

seeing if theres any interest but i am looking to sell viberg x milohshop color 4 horsebutt 2030 - completely unworn 8.5 sz $770 net.
open to trade if you have unworn same size.