ATLjon said:
I find it hilarious that three (four?) of us were in a pretty enclosed space yesterday, just minding our own business, sorting through stained Kiton ties and ogling gator shoes.
Click to expand...

Yea, I know I was doing the "Is that ___?" I look a little like the guy on cover of Aqualung w/o coffee 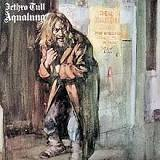 I'm the worst at guess the maker, so this is coming like two months late, but the bandana shorts are Sophnet (somebody came pretty close with Soullive). Riri zip, d-rings, freakin awesome. I usually avoid half off days like the plague, but other errands of acquisition (more on that later) took me close to a store I don't hit often enough. Mostly fodder at ~2.50 ppu. 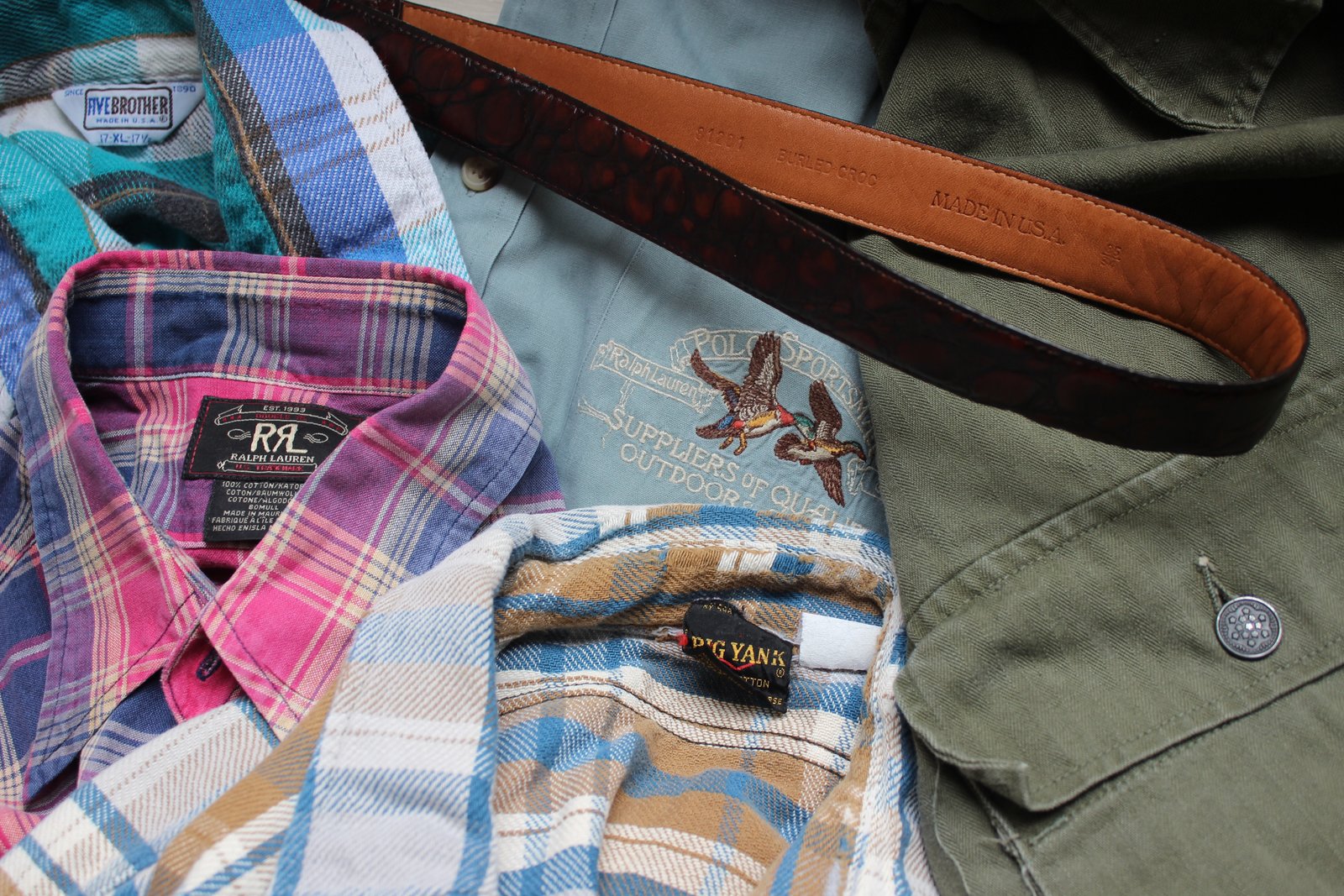 But this brought the trip from "worth it" to righteous, and neatly illustrates the manifold dangers of reading too many @dieworkwear articles glorifying the balmacaan: 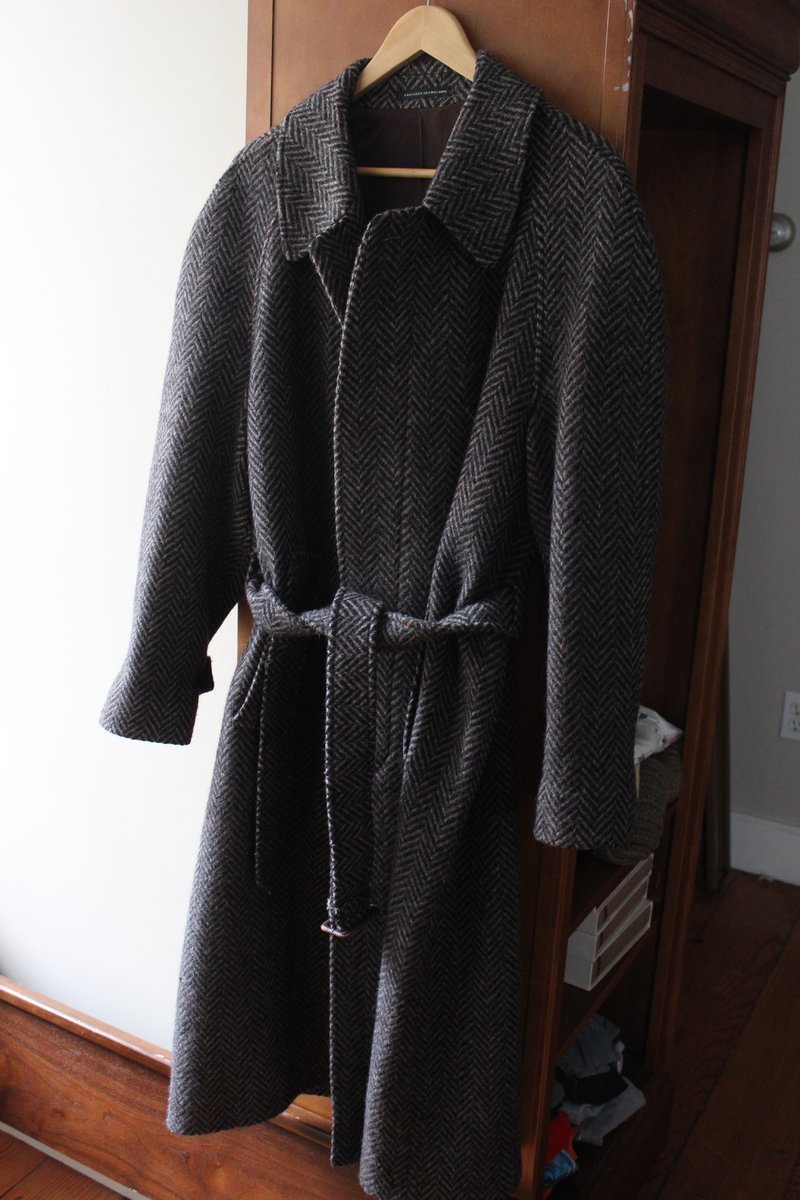 From the women's coat section for all of twelve bucks. Belted, covert closure, chunky brown donegal herringbone fabric. The works. 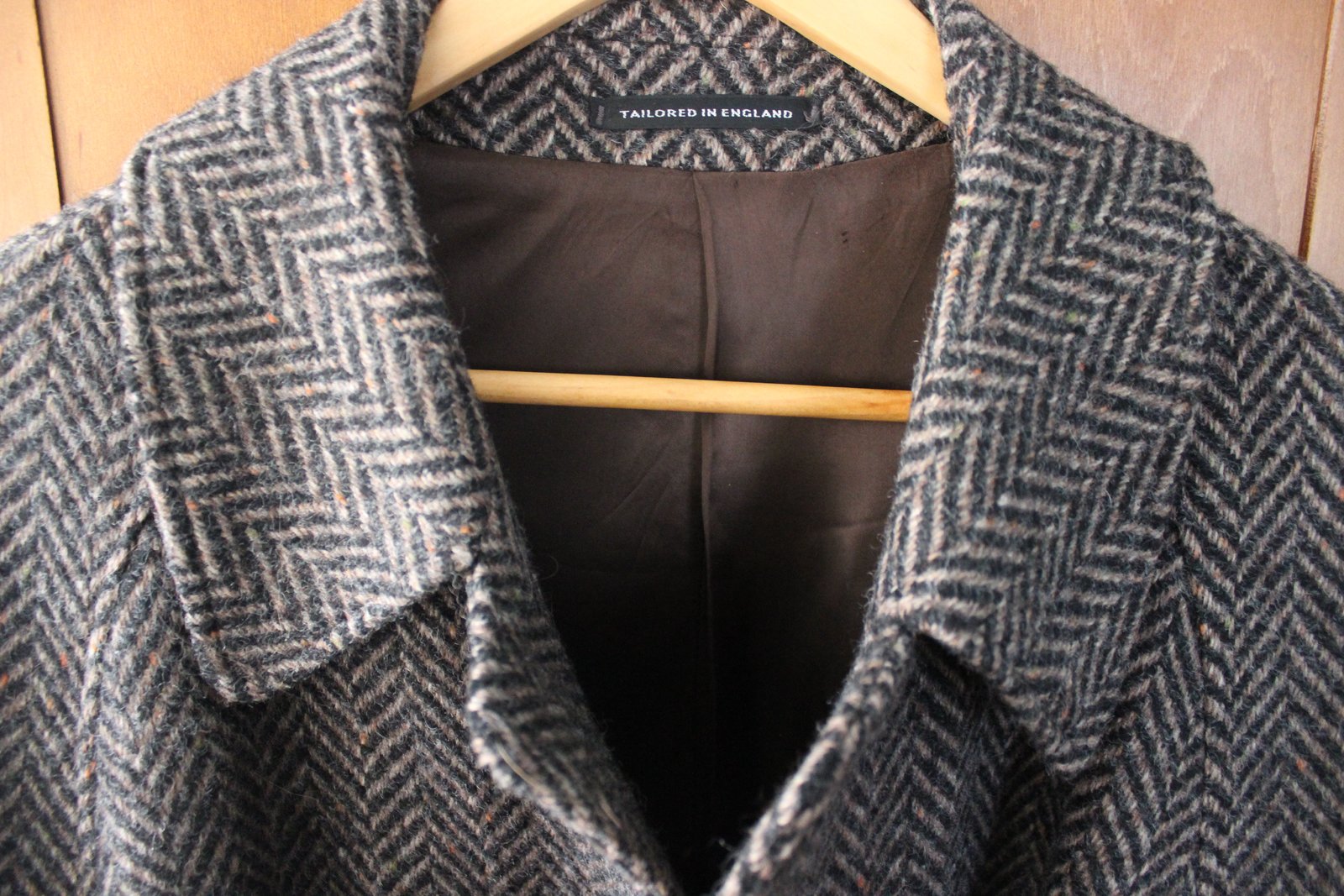 Considered leaving for all of half a second, but shiiit it fits like it was made for me. 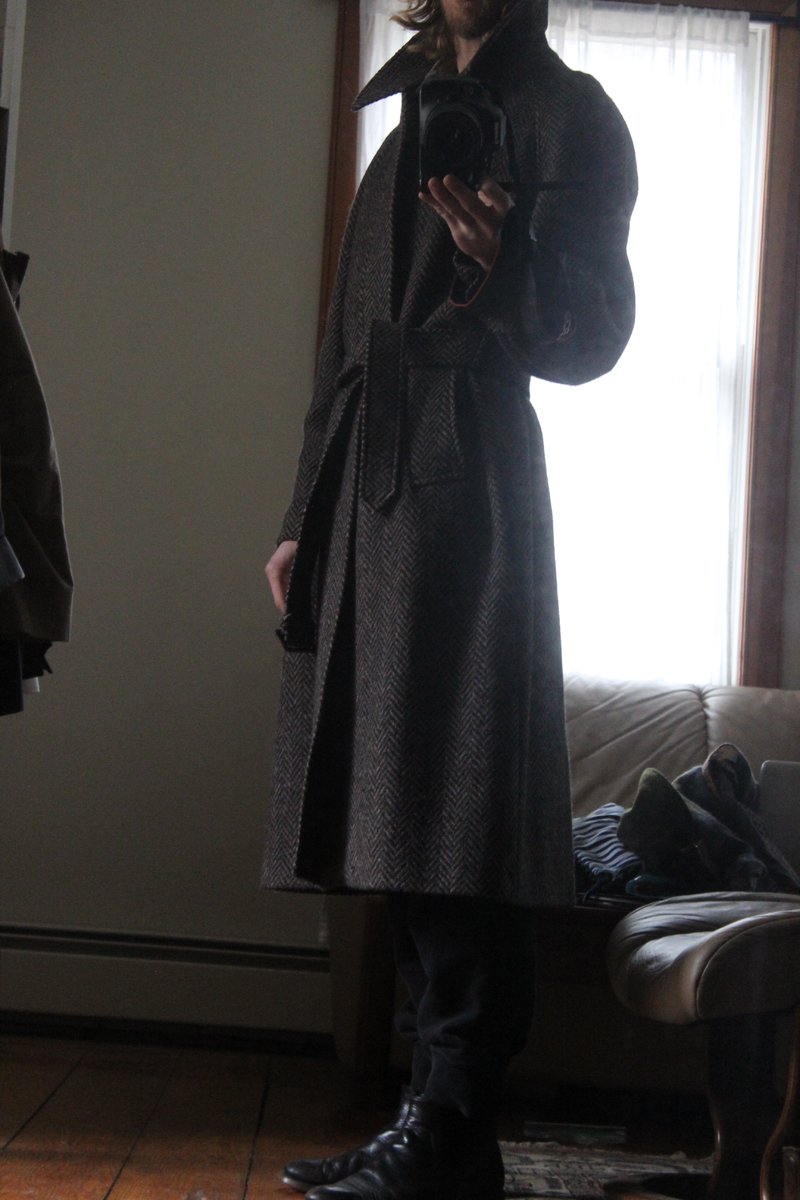 Made by ??? for Paul Jardine, presumably a now defunct menswear boutique. Love that tweedy flecking. The Crookhorn Davis belt was another keeper. I don't think the brand is a thread first, but burled croc (?) is new to me - pics don't do it justice at all. 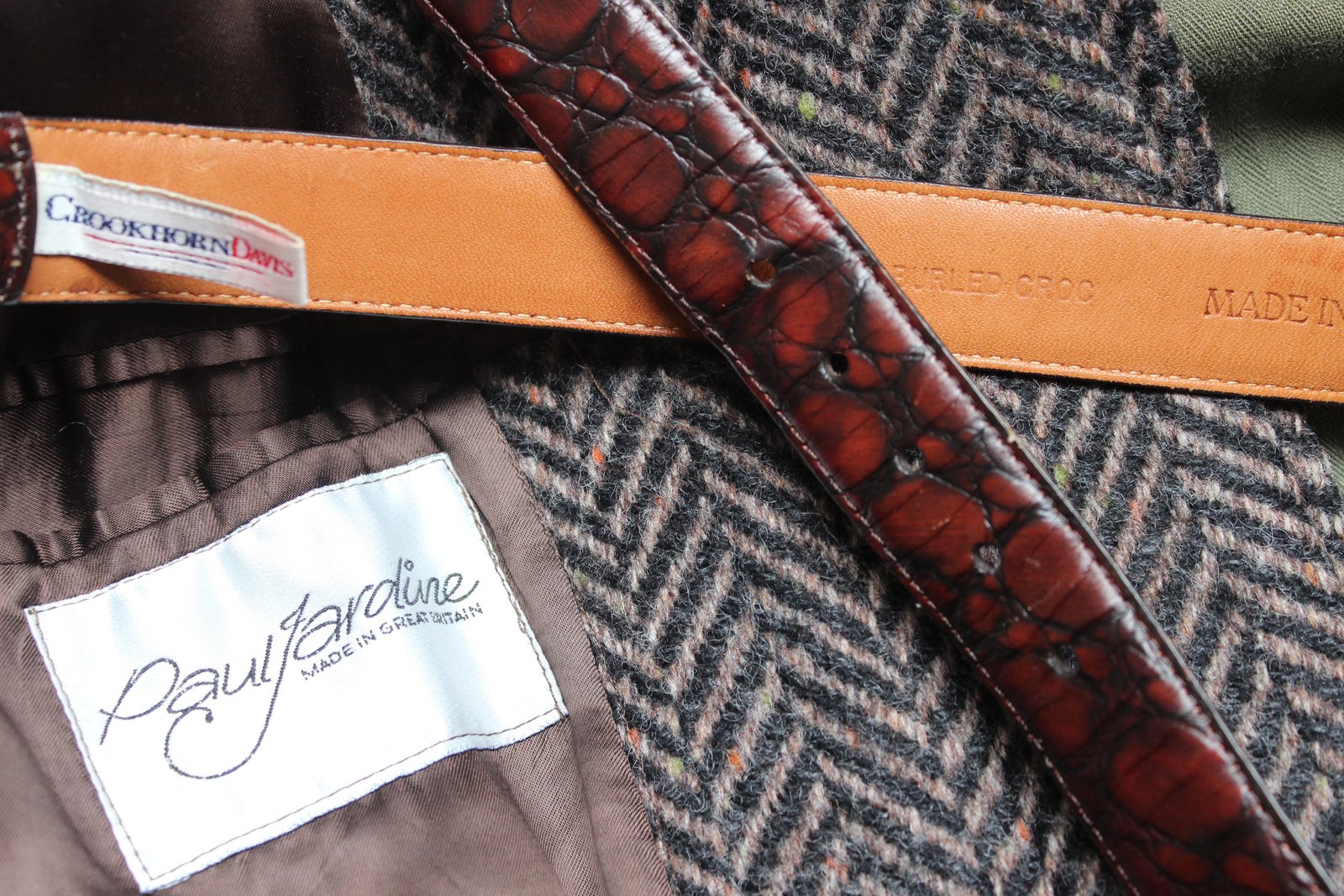 And speaking of baller jackets, here's another guess the maker: 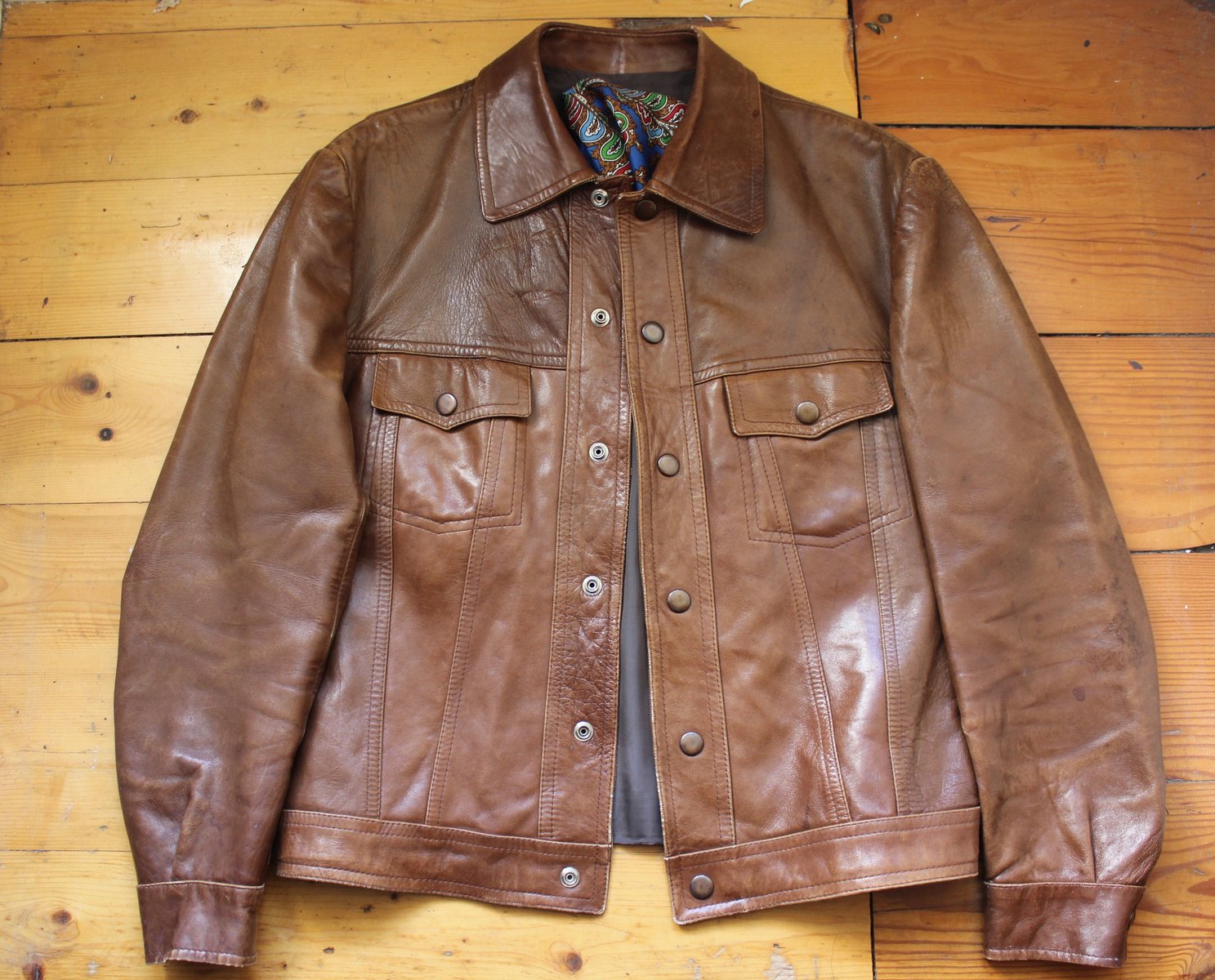 Hint- reasonably good brand but often a pass. Patina, fit, and styling on this one were too good. Reveal won't take months this time, promise.

That robe coat is fire @PGRoadhouse
Disclaimer: The post you just read reflects Flipstah's rather questionable taste and welcomes advice from SF gurus.

ATLjon said:
I find it hilarious that three (four?) of us were in a pretty enclosed space yesterday, just minding our own business, sorting through stained Kiton ties and ogling gator shoes.
Click to expand...

You checked out right in front of me. I was the guy standing behind you with the "How did I overlook the shell?" look on his face. One of my favorite purchases yesterday was the Zilli belt. I thought it was just a suede case when I picked it up. It wasn't priced. I asked the lady in the room. She left with it, then came back and gave it to me... marked $20. SOLD! 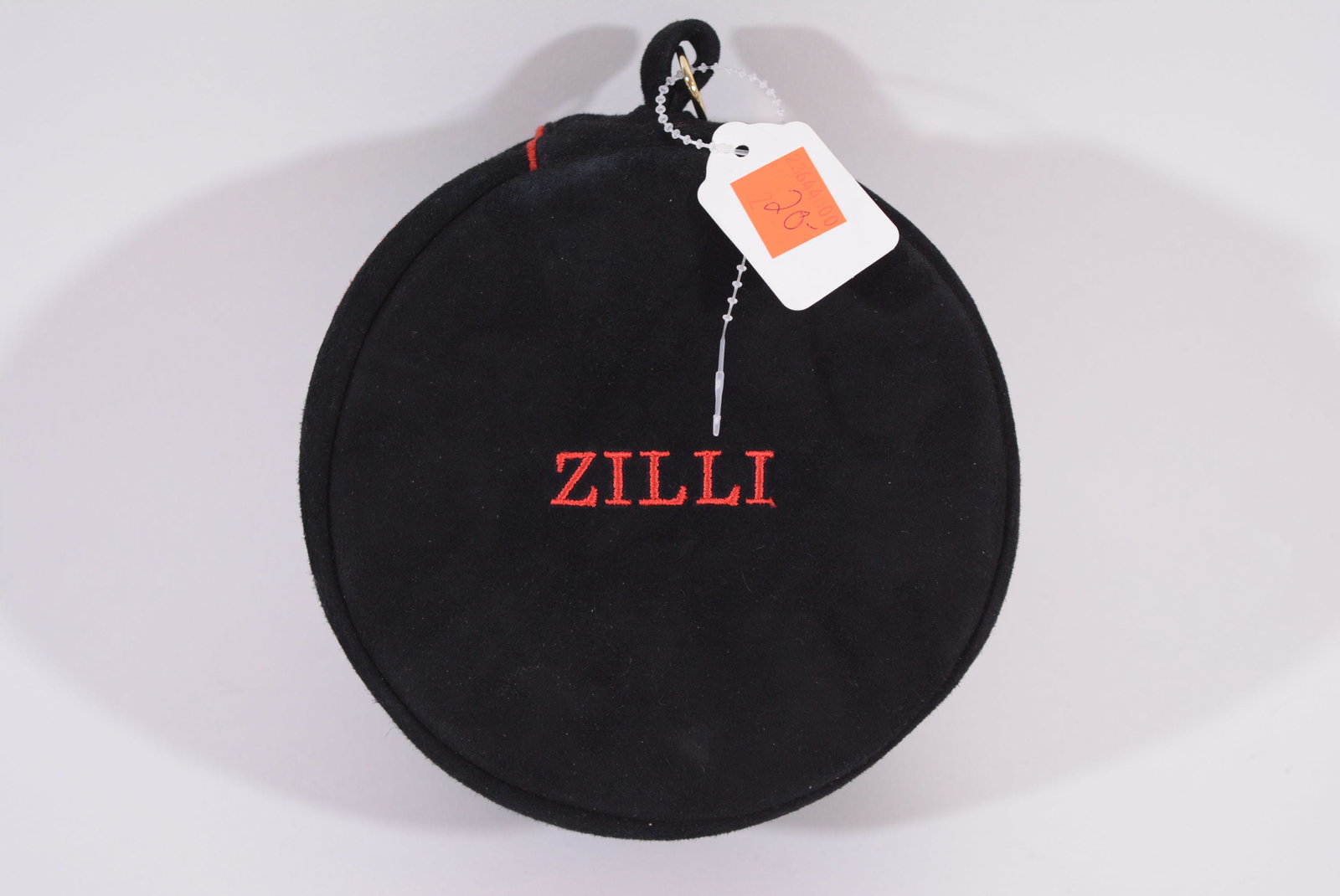 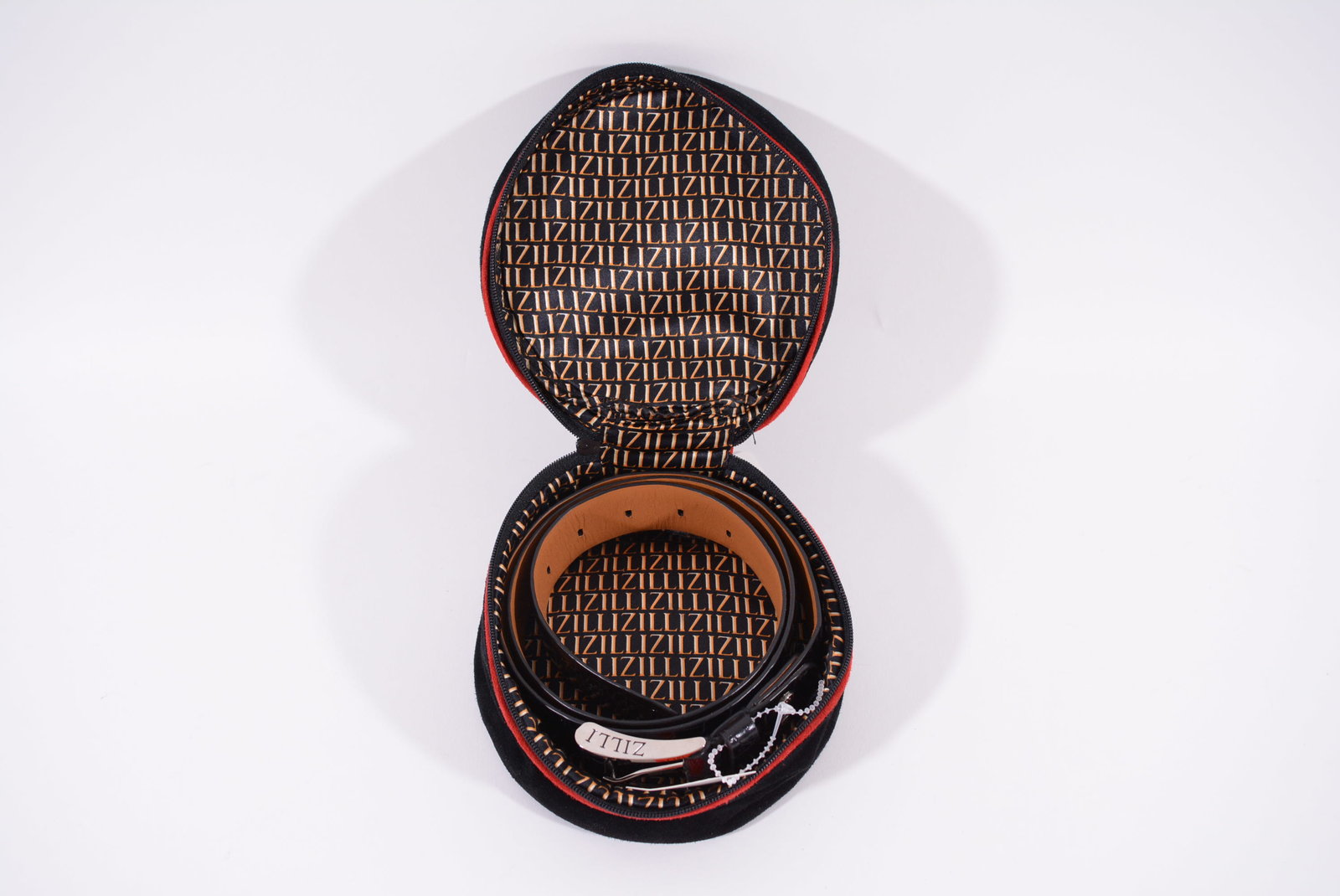 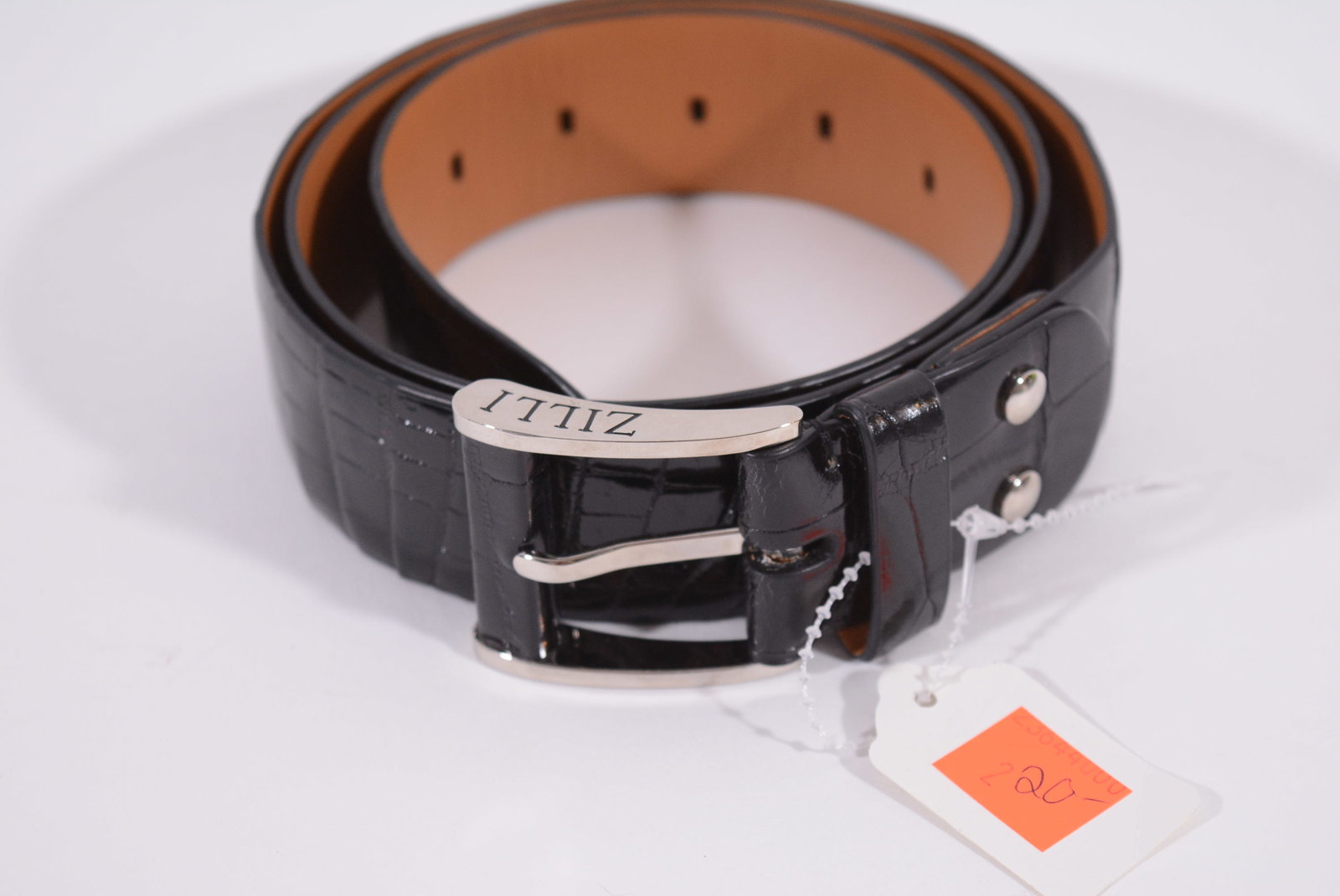 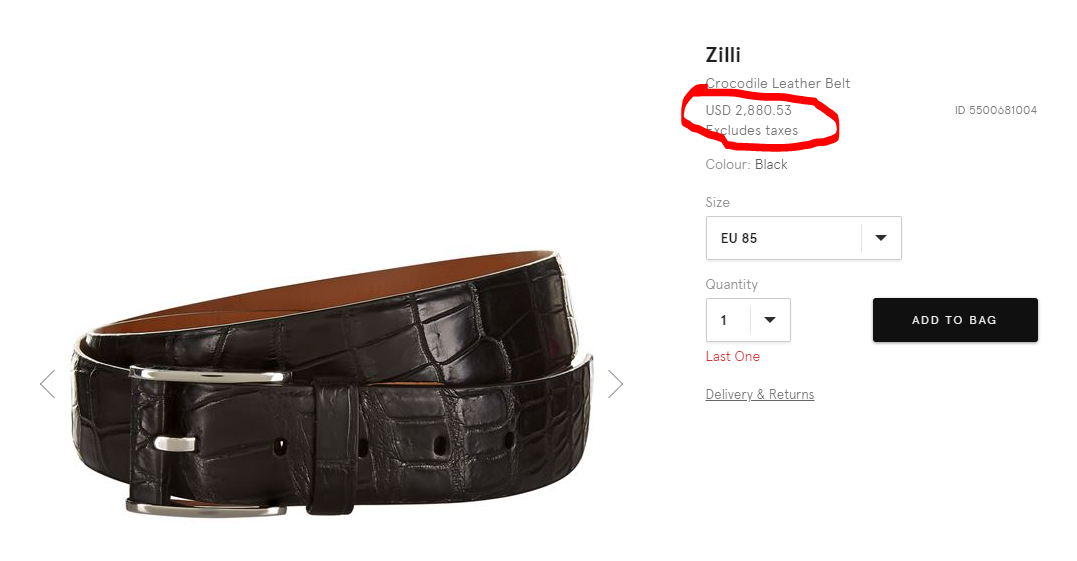 Oh, it is definitely not.

Those are laminates. Like a plywood, not a solid wood. Nothing wrong with it and if it plays good it's fine, but it's a chinese plywood guitar, you can get them for $200-250 on reverb with a case, and acoustically they sound about like you'd expect from a guitar made of plywood that only costs $250 with a case. They're supposed to be OK for a cheap guitar plugged in, but it's really just a fancy looking beginner's guitar.

Yeah the real deals at that place on Day One seem to be on the stuff that they overlook when pricing. I'm going to head over again in the morning to see what's left and if this is still there: https://www.goldmarkart.com/art-for-sale/mysterious-principles-of-the-blue-bag-21039
Silvano Lattanzi brogues, size 12
AE Strawfut two-tone wingtips, size 11
Alden shell cordovan tassel loafers, size 9.5
NWT LBM 1911 for Eddy Bros SC, 40 R
https://tinyurl.com/r95647k

ATLjon said:
Yeah the real deals at that place on Day One seem to be on the stuff that they overlook when pricing. I'm going to head over again in the morning to see what's left and if this is still there: https://www.goldmarkart.com/art-for-sale/mysterious-principles-of-the-blue-bag-21039
Click to expand...

Be honest... You want the chubby Mona Lisa. 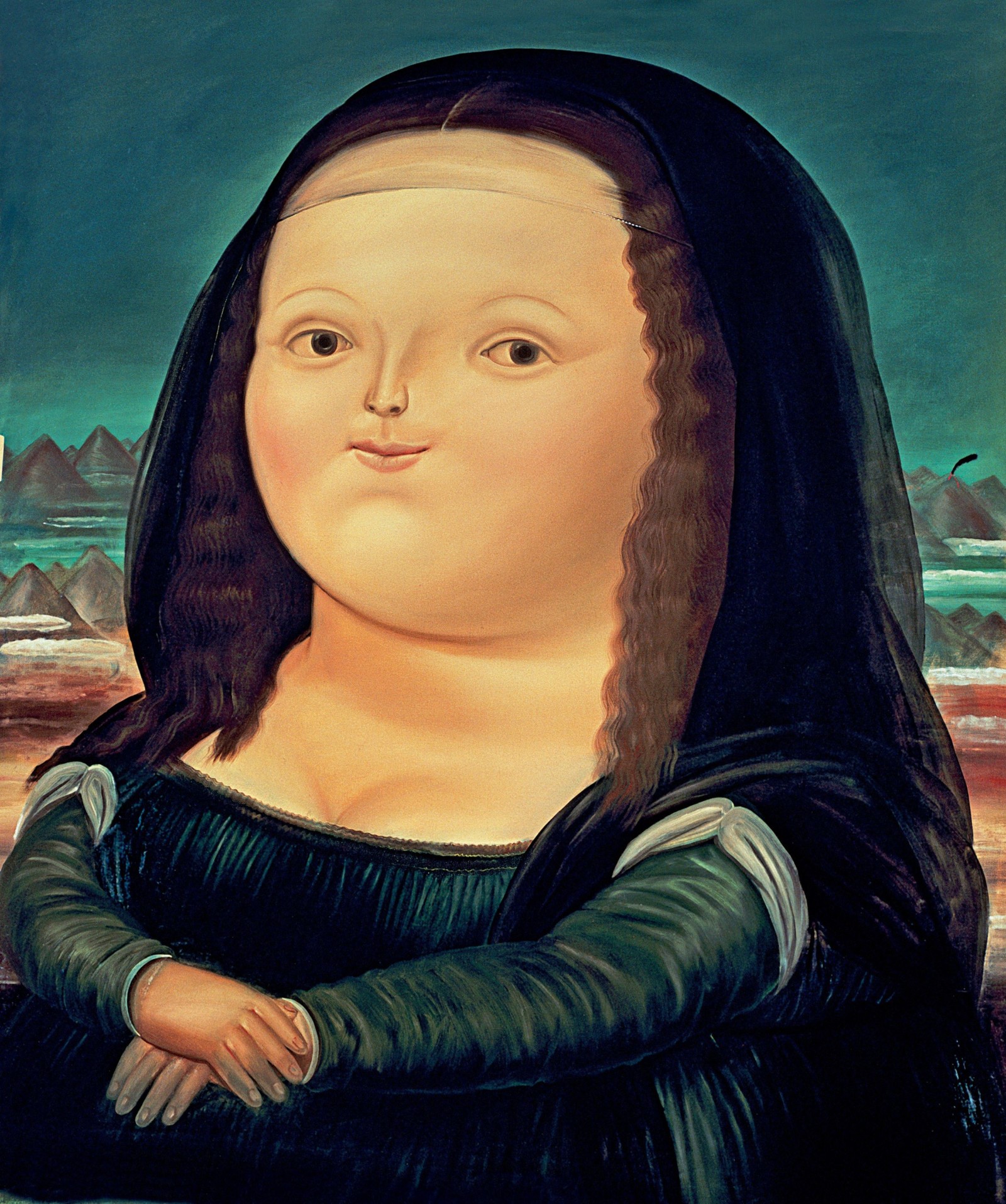 drlivingston said:
Be honest... You want the chubby Mona Lisa.

Fernando botero ain't no joke! Would love to find one.

Nobleprofessor said:
I guess these problems are old news to the flippers on here. It appears eBay is finally commenting on the problems.

eBay's Vice President of Seller Experience appeared in a video published on YouTube yesterday where he answered ...

Thank you for sharing that. Not because of the article, but because the website is like falling through a time portal and waking up in the days when we still called it Cyberspace or the World Wide Web...
"One doesn't want to become the sort of man who knows the right clothes or the right kind of shop"

A Dance to the Music of Time

Some southern gentleman with a pretty TRAD style donated a bunch of suits.

All three had the hangers and (miraculously) I managed to sweet talk the old lady cashier to let me keep them. 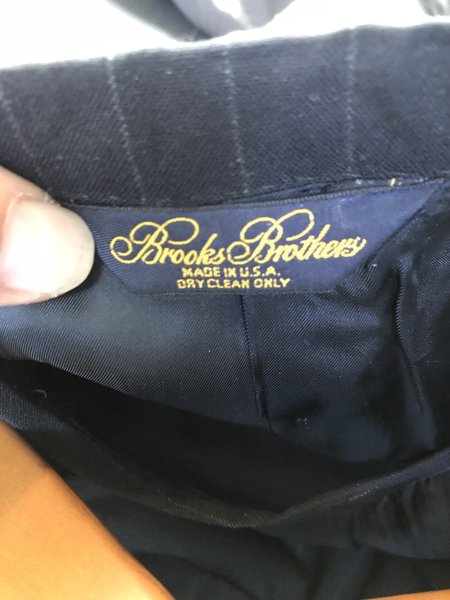 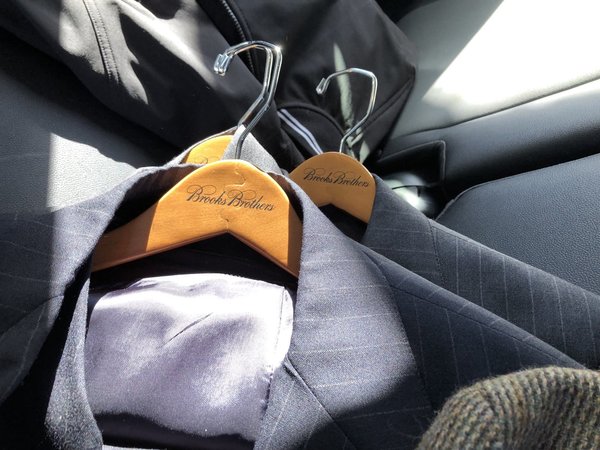 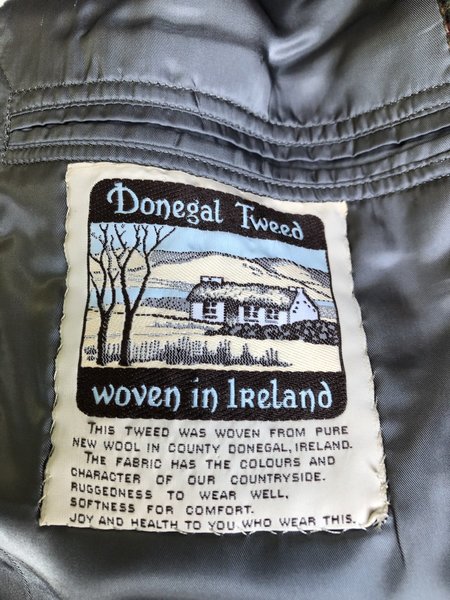 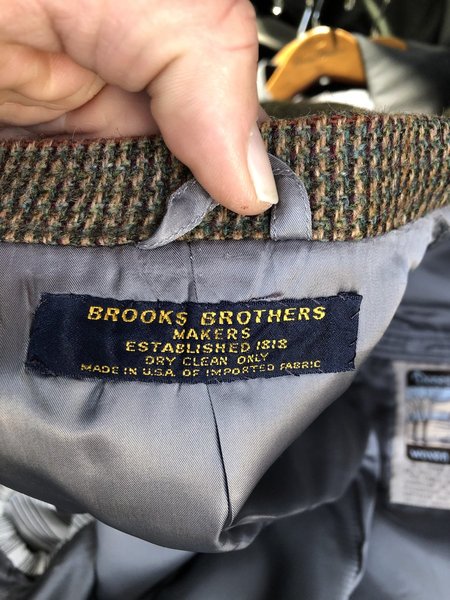 I know these aren’t Tom Ford Gators. But, I never find real sack suits. In fact I have never found one in my size EVER even new.

I also found 4-5 more 3/2 Sack Suits from what I’m guessing is a Local independent store.

These are nice quality fabrics at least as nice as BB. They may very well be made by somebody like Southwick 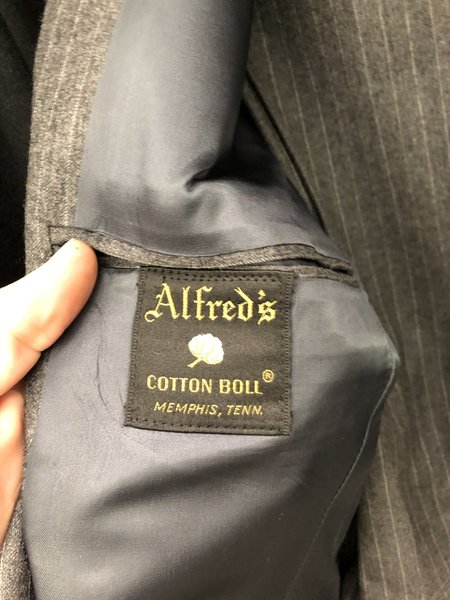 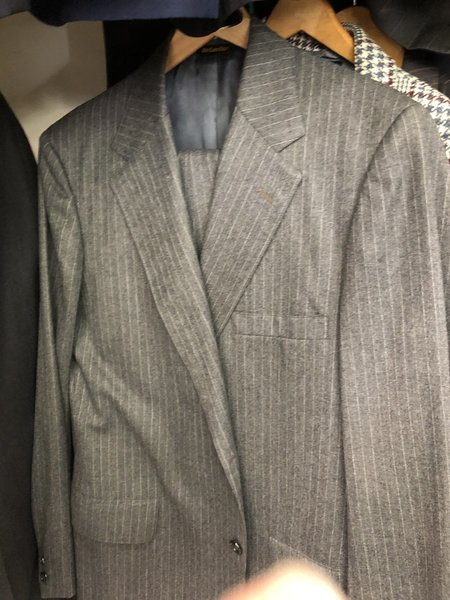 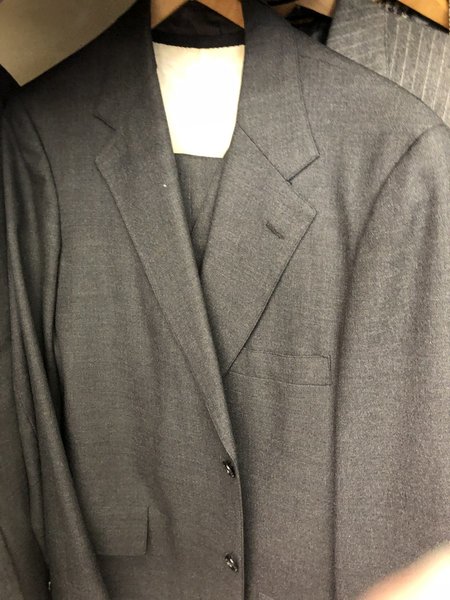 There were also 4-5 Seersucker and Pincird suits from the same store in Blue, yellowish, gray and tan.

I also passed on two Minty J. Crew Ludlow in 36S one was tan seersucker and the other was sort of a tweedy tan.

I really loved this Southwick. But passed on it for $10 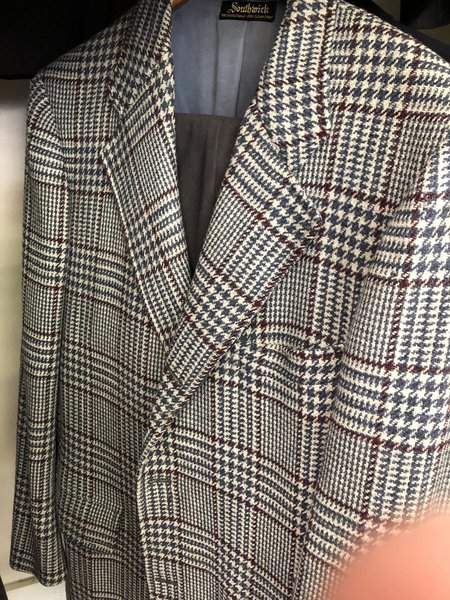 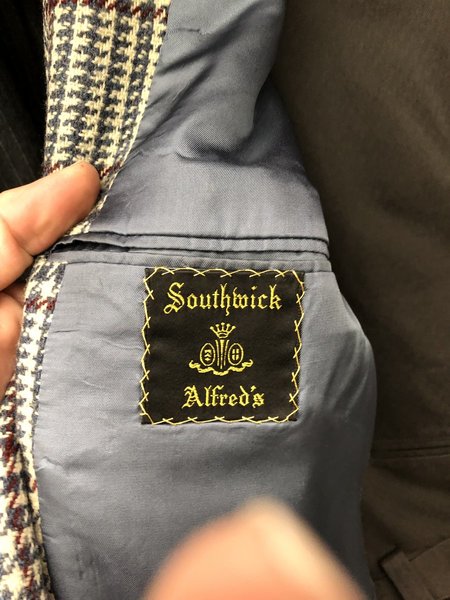 So, should I go back for the Indy store 3/2 sacks? They were all around size 41-42. I’m not going to sell these myself. They will be consignments or stuff to trade.
Last edited: Nov 14, 2019
Always interested in nice conservative suits: Oxxford, Brooks Brothers, Cremeiux 48L and Shoes 10.5-11 shoes (C or D width). I love law related things as well as politics, some sports stuff (Washington Redskins, Missouri Tigers, St. Louis Cardinals) and vintage CAR STUFF (BMW, Lincoln, Cadillac and Vintage). 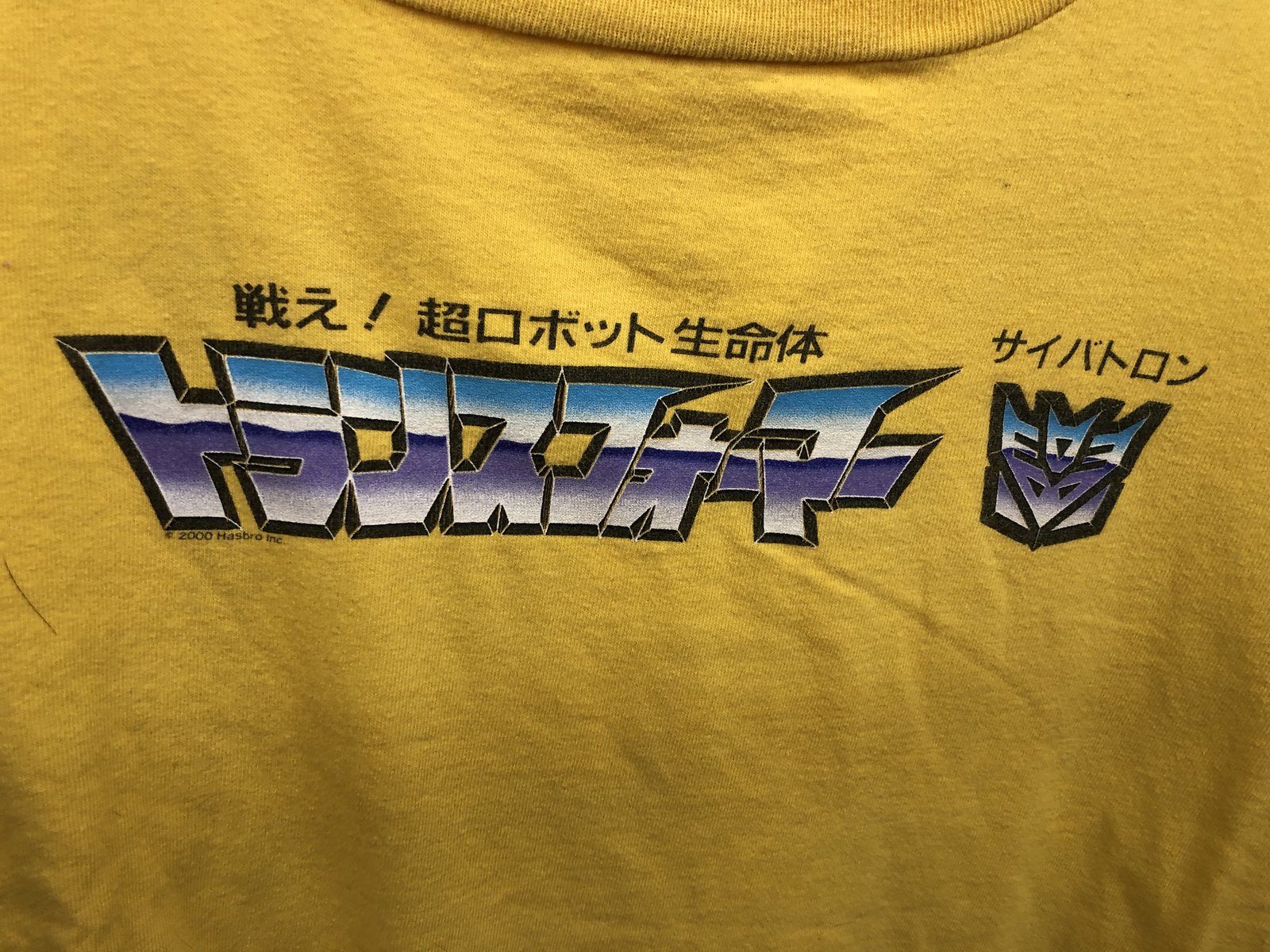 Hello, bilingualists. Anyone know what this says?
Click to expand...

something something Transformers
“Anything is possible in the life of a man if he lives long enough. Even maturity.” -Howell Raines (from Fly Fishing Through The Midlife Crisis)