This thread is a space to discuss Craig Green. 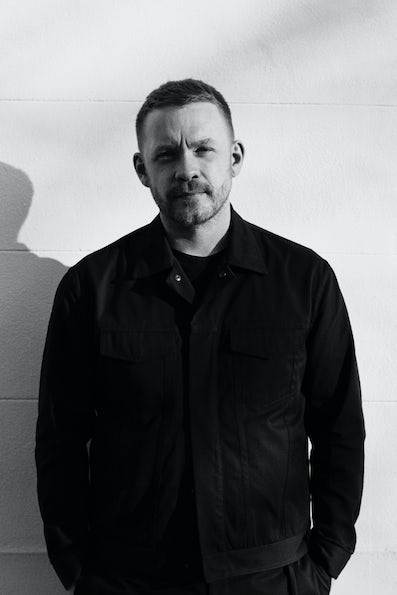 Being raised in a working-class background (his dad was a plumber; his mother was a nurse), Green had no fashion background. Initially wanting to study art at CSM, he applied to the fashion program while taking the foundations course at CSM and was mentored by the late Louise Wilson.

The label's breakthrough collection was the Spring/Summer 2015 collection, its first stand-alone collection, which reportedly left some attendees in tears due to its emotional impact. Since then, his label has grown steadily in both commercial footprint (being carried by Barneys, Bergdorf Goodman, Dover Street Market, Galeries Lafayette, Joyce, MatchesFashion, Mr Porter and Selfridges) and critical acclaim (having won British Menswear Designer at the Fashion Awards 2016 & 2017, the BFC/GQ Designer Menswear Fund prize 2016 and Emerging Menswear Designer at the British Fashion Awards 2014).

Aesthetically, Craig Green's collections are defined by the contrast between the deeply conceptual – recent seasons having dealt with themes of paradise, the afterlife and the existential fear of being lost at seas – and the eminently wearable – in the form of the boxy workwear jackets that the brand has become known for. Nevertheless, the contrast between the conceptual and wearable dimensions of Craig Green's aesthetics are united by a fascination with uniforms and communal dress, as religious dress, workwear, military uniforms, and ceremonial garments are heavily referenced in every collection.

Currently, the label only produces menswear, although there are notable female fans of the brand (e.g., Rihanna, FKA twigs), and the brand does produce down to size XXS for accomodate female customers. Although there is no official diffusion line, the label is currently divided between runway pieces and the "core" collection, which consists of less abstract pieces such as workwear jackets, chinos, t-shirts and denim. 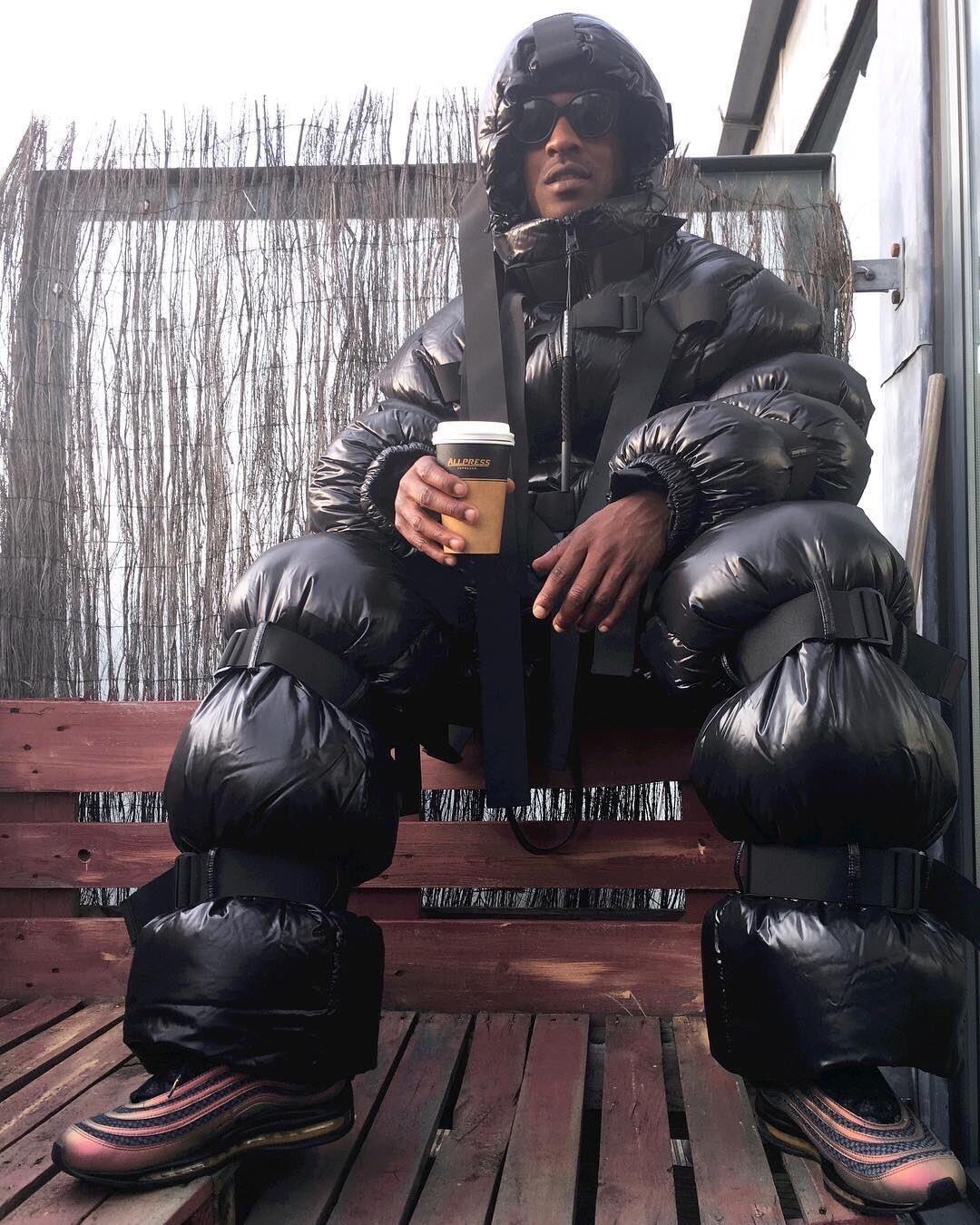 In addition to designing his seasonal collections, Craig Green has also dabbled in costume work for film and music, as well as contributed designs to museum exhibits.

Costume Work - Film
Craig Green's only film costume work is the movie "Alien: Covenant" in 2017, as he created the costumes for the space exploration crew in the movie. He was approached by the film's costume designer after having run across his collection at Selfridges. This dovetailed nicely with Craig Green's personal interest in horror and sci-fi, as he cited the original Alien as one of the most terrifying movies he saw as a child, and also reflects the label's interest in utility-inspired garments.

Craig Green has provided pieces to Rihanna and Kendrick Lamar for their tours/performances.

The video of Kendrick Lamar performing at the 2018 Grammys really shows how well the clothes movie in motion -- just watch his drummer dancing in the all white Craig Green get-up.

Costume - Ballet
Craig Green designed some of the costume for the ballet "Obsidian Tear," which first premiered at the London Royal Ballet in 2016.

Museum Exhibits:
Craig Green's pieces have been displayed in two of the Mets costume institute collections. Given the themes of the two exhibits, it is not surprising to find Craig Green pieces being exhibited, as his collection draws heavily from religious and ethnic/ceremonial garments. 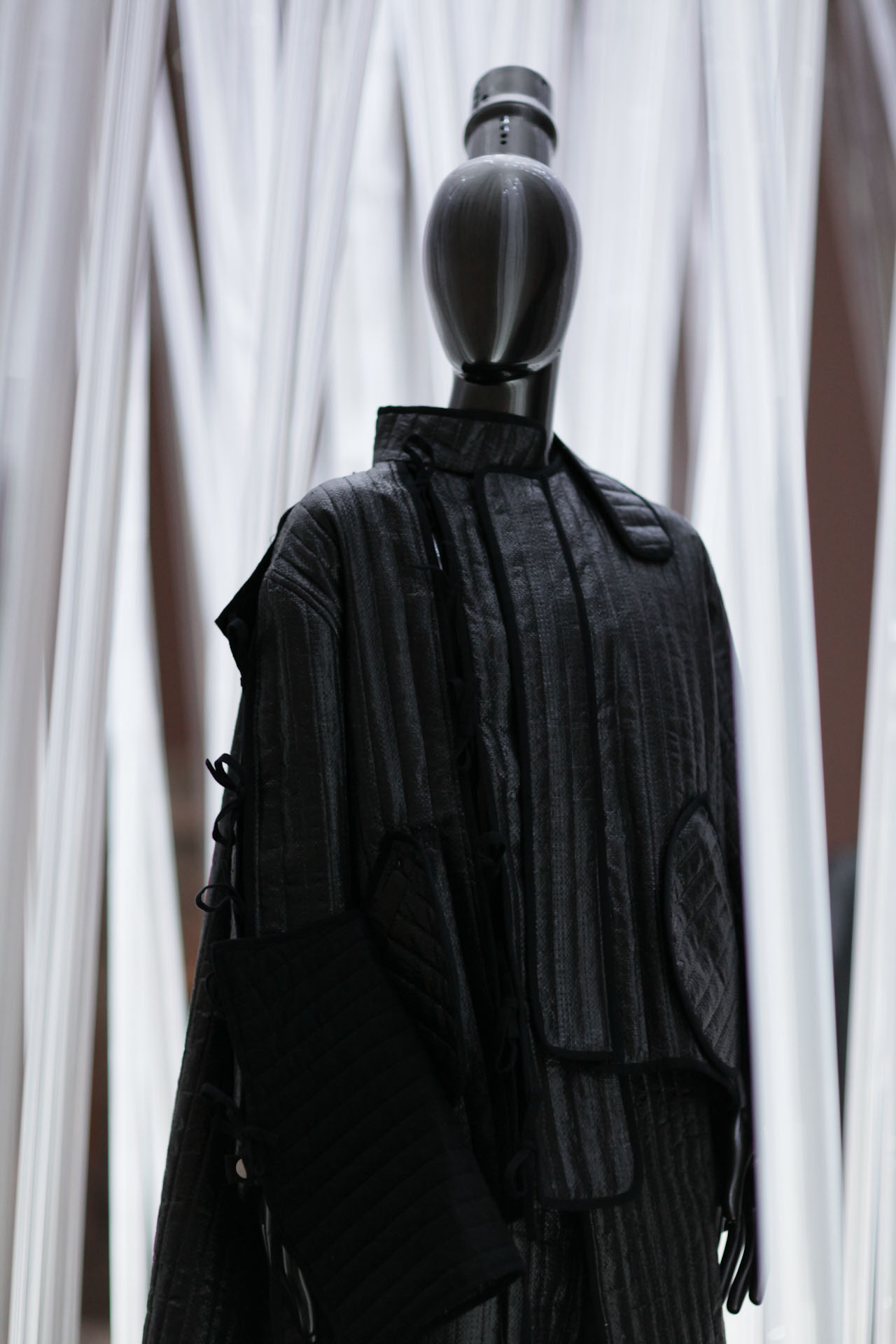 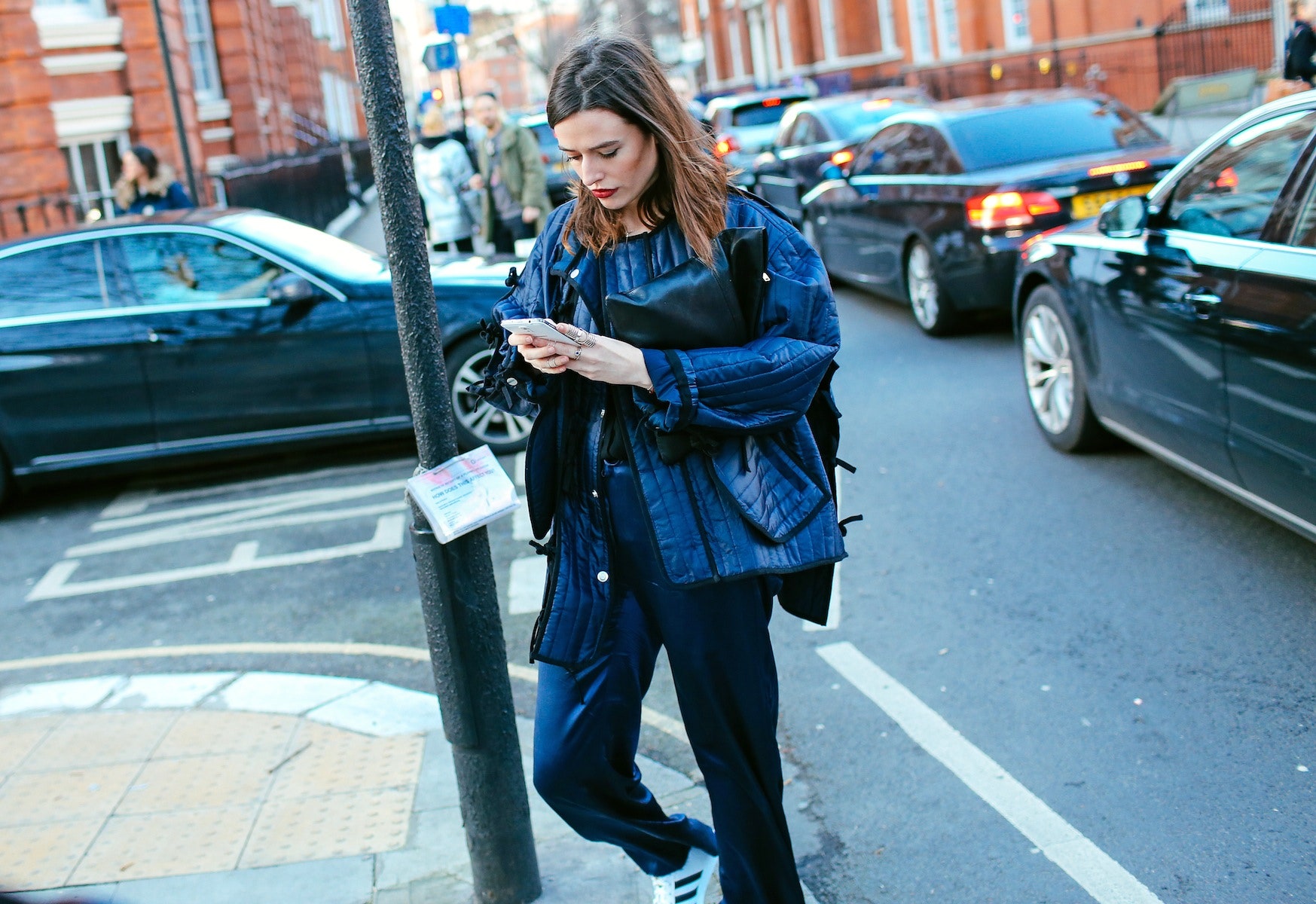 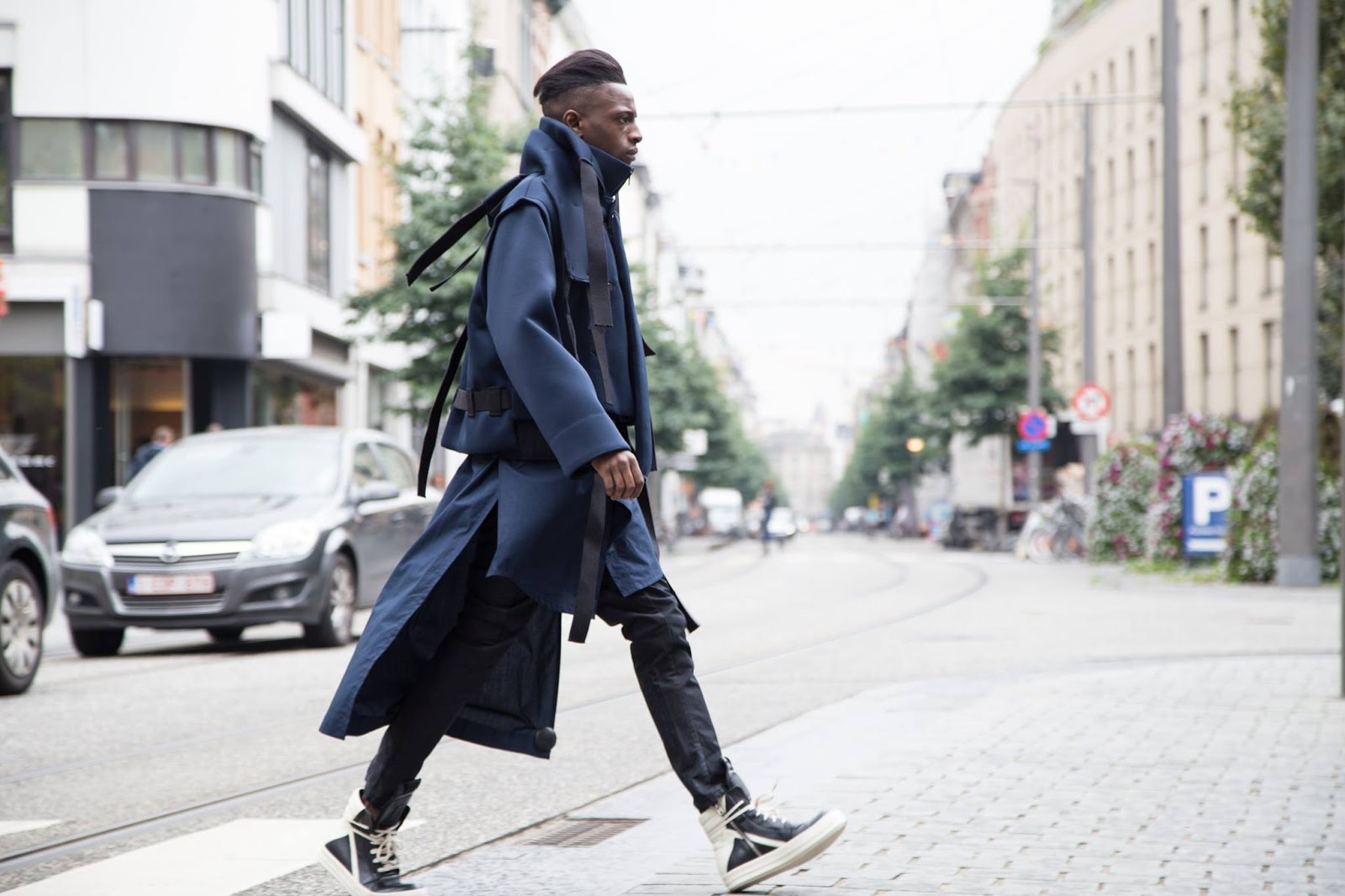 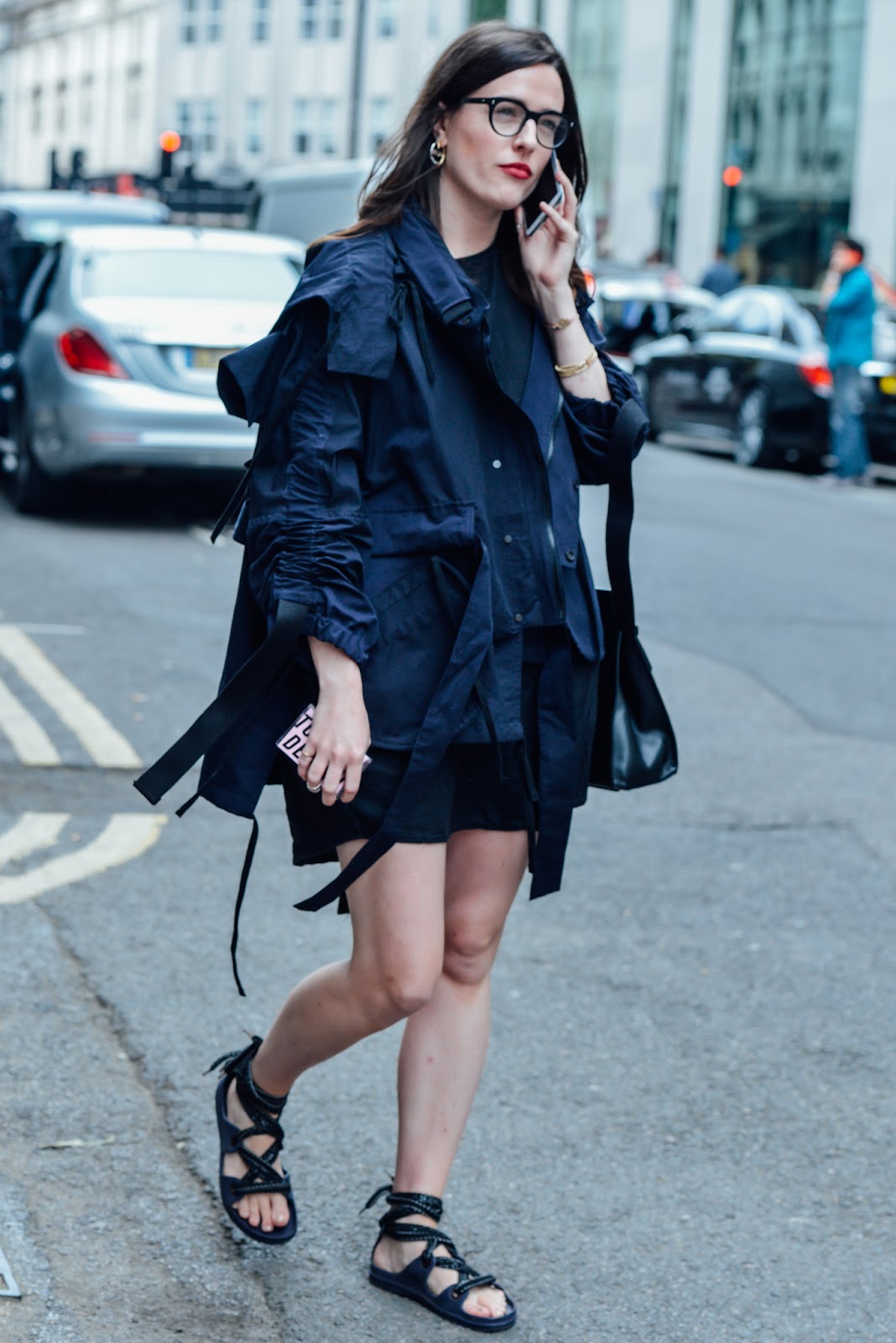 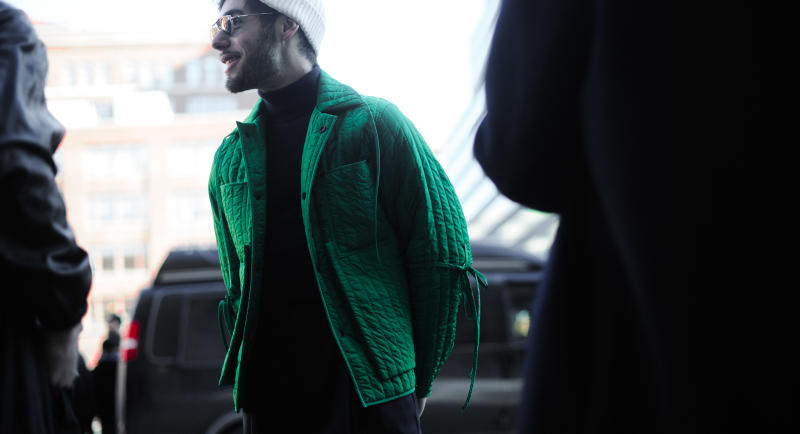 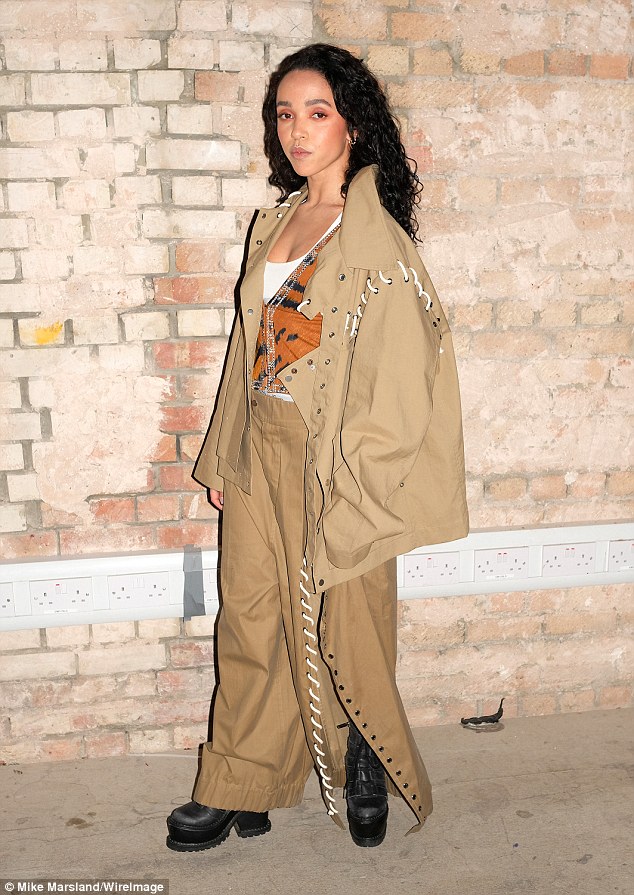 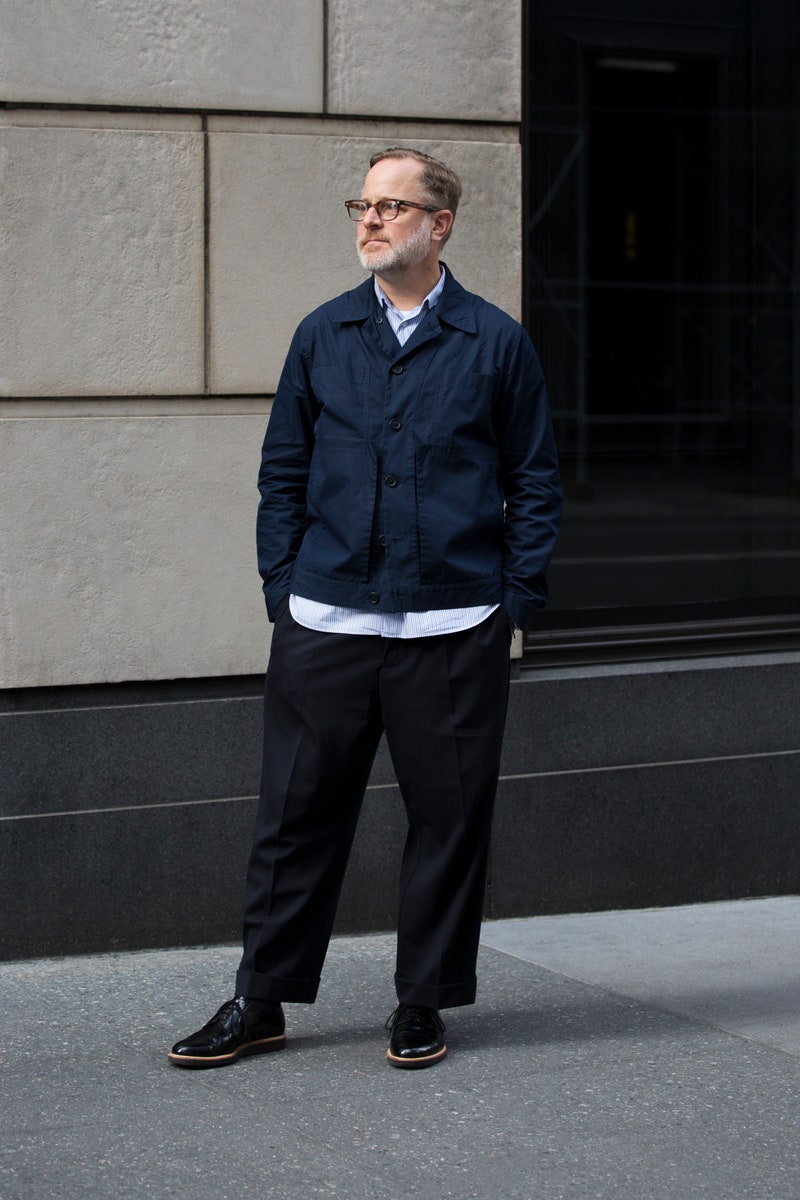 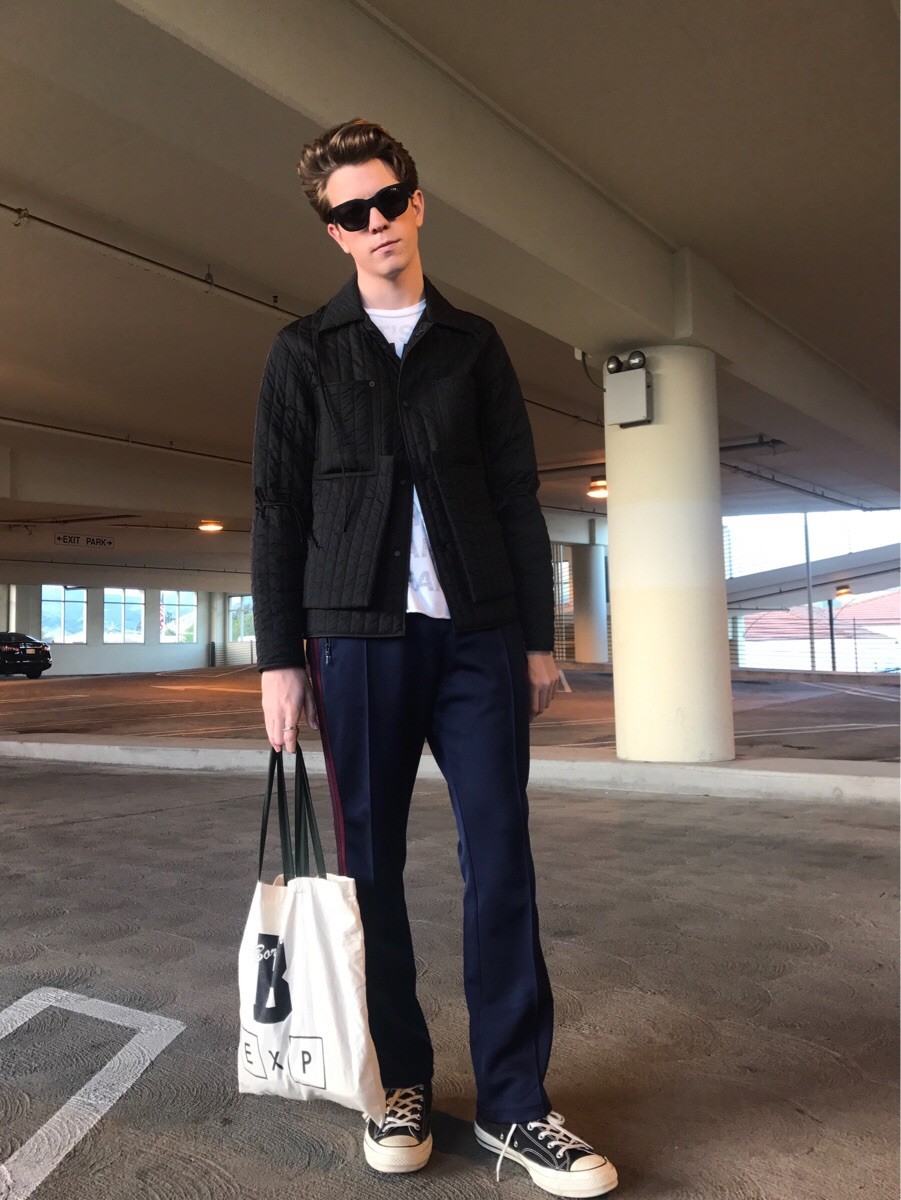 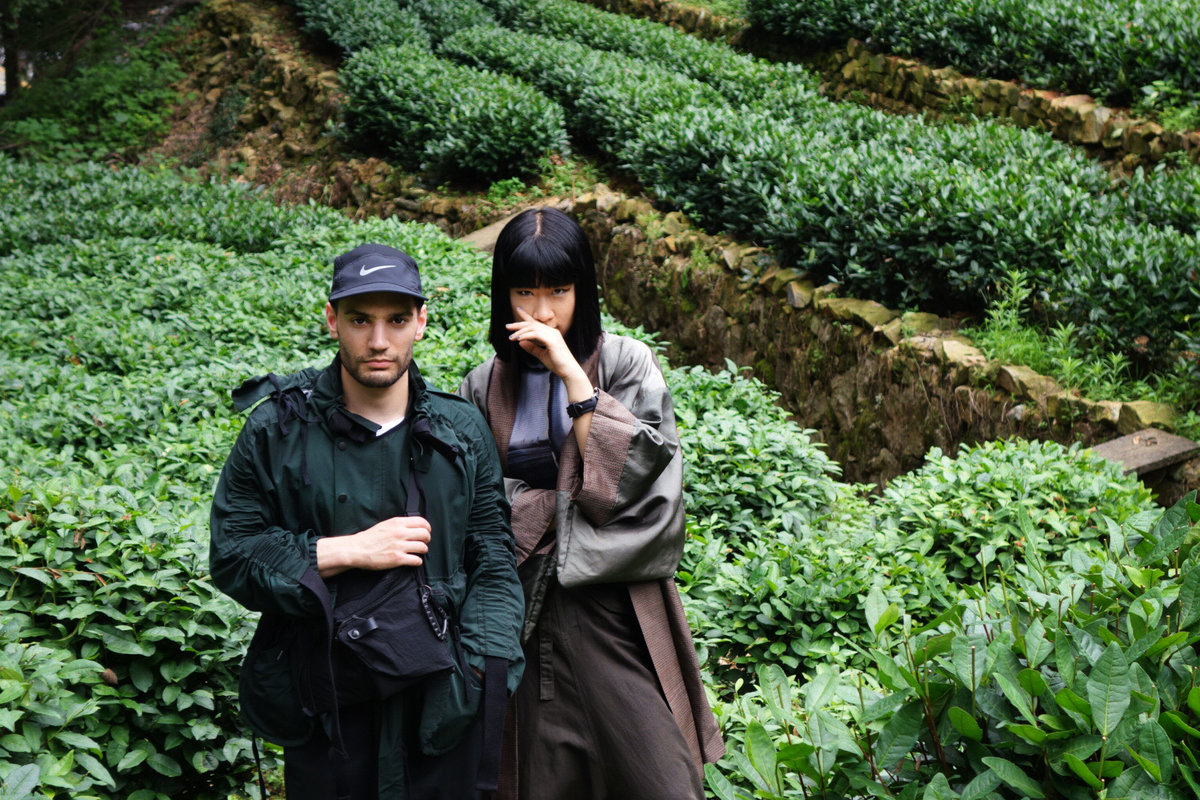 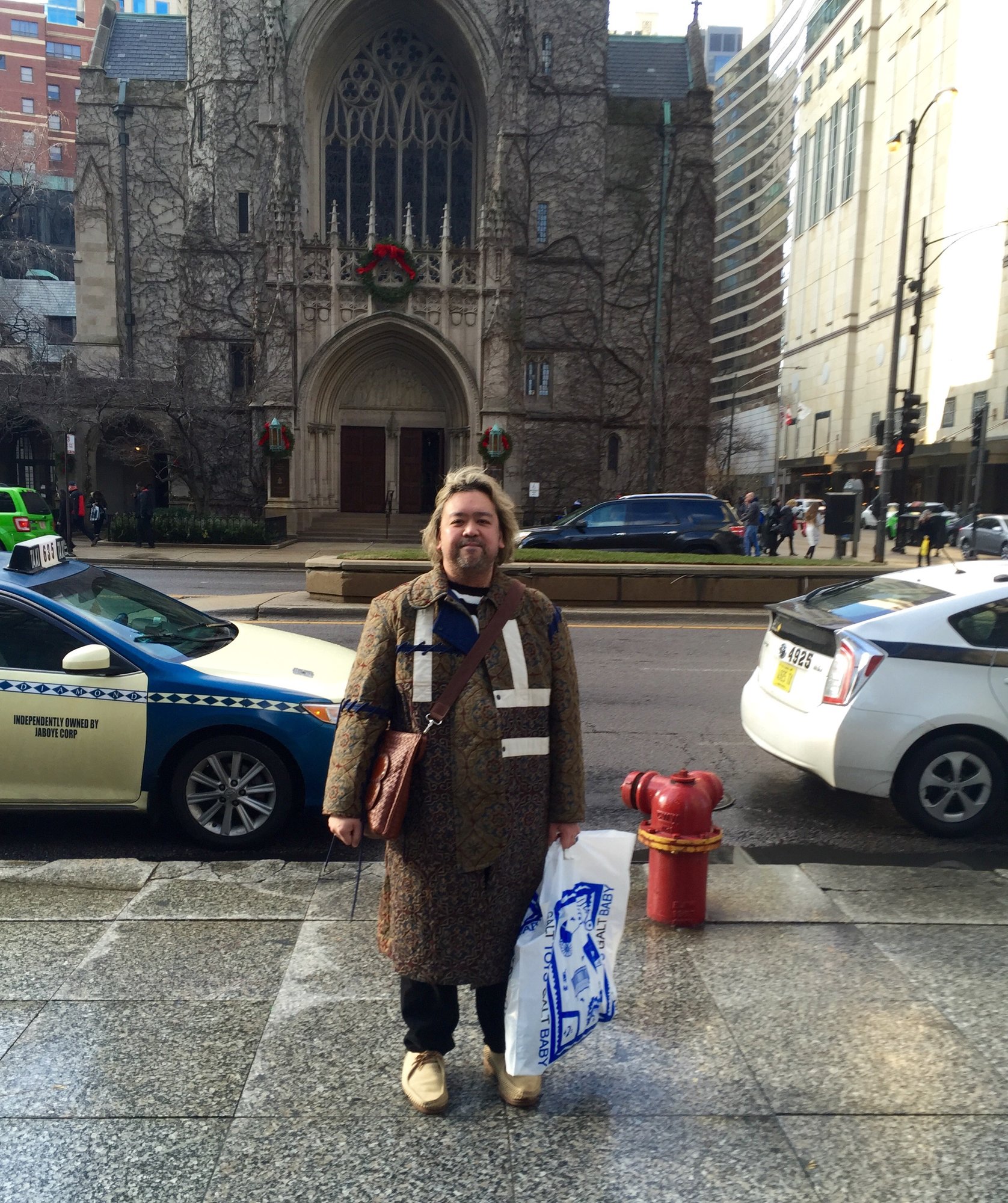 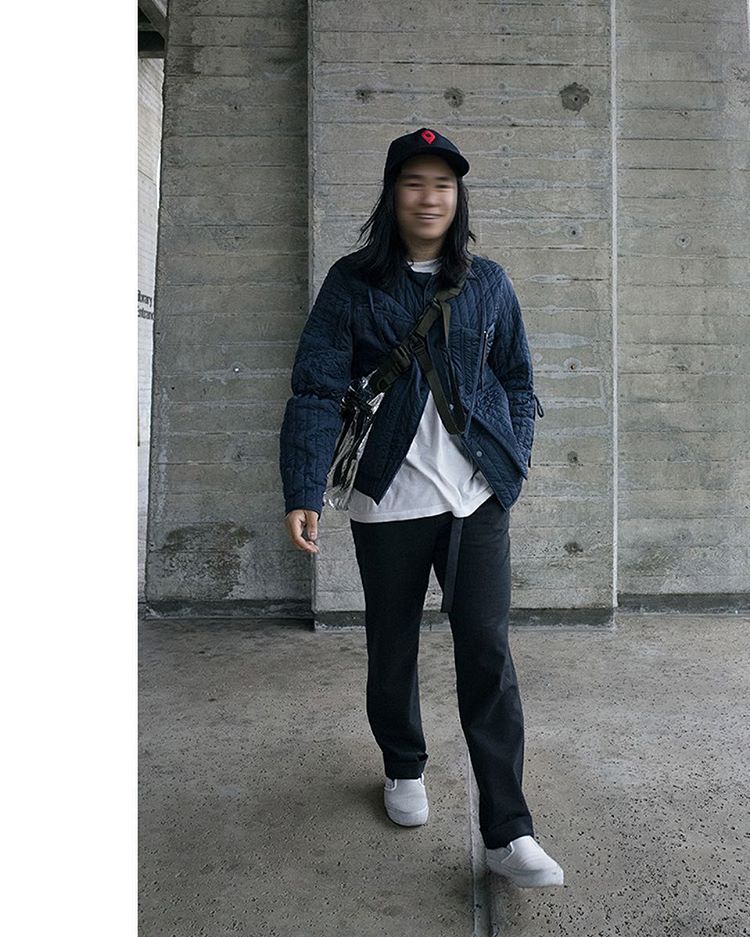 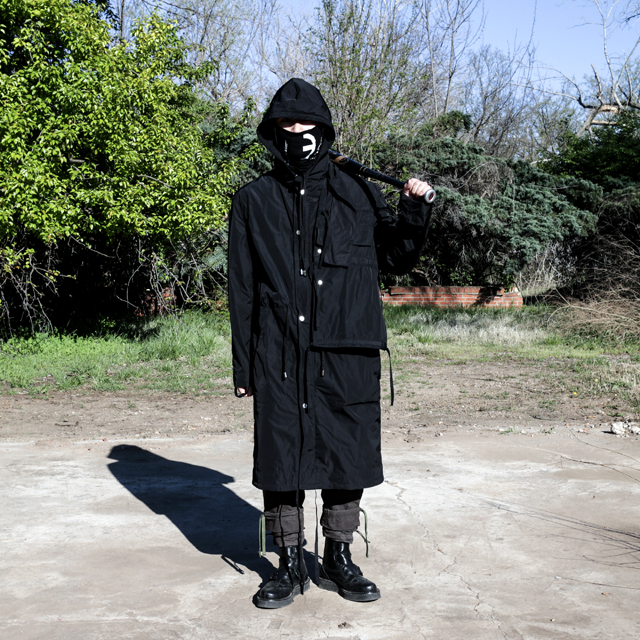 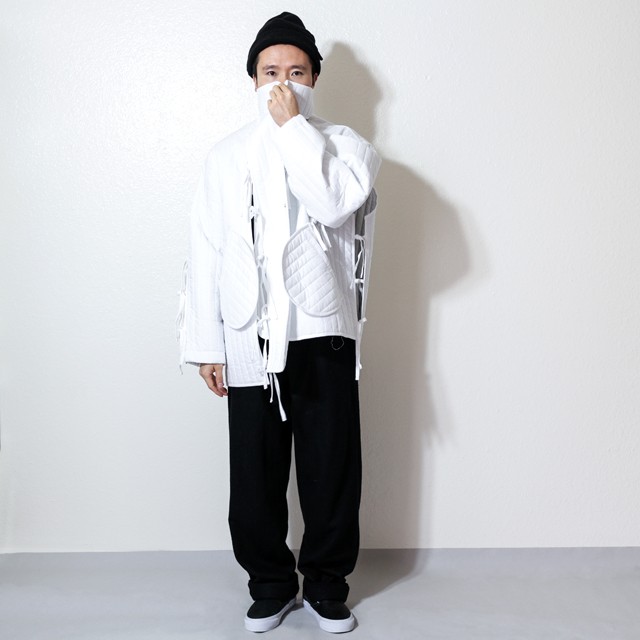 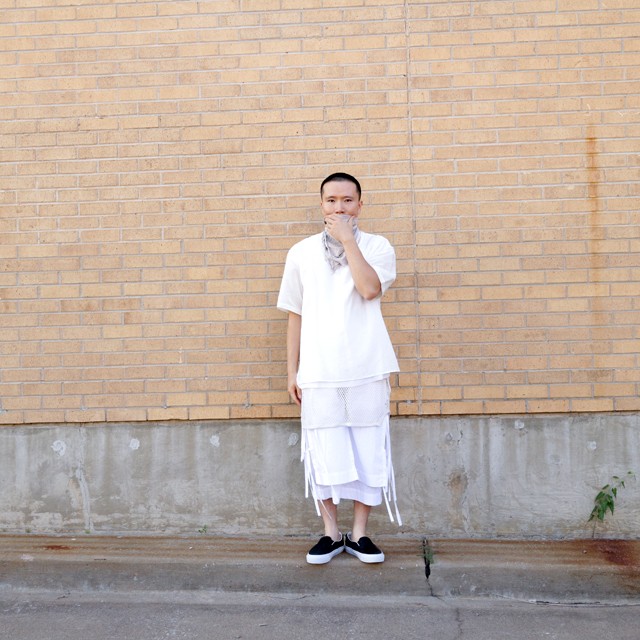 nice thread man, thanks for starting. def going to get one of the work jackets for autumn.
FS: STEPHAN SCHNEIDER FILM COAT SIZE V NAVY BASKETWEAVE- $200

robinsongreen68 said:
nice thread man, thanks for starting. def going to get one of the work jackets for autumn.
Click to expand...

Thanks -- definitely a good idea to start with the work jacket. By now, there are so many variations from past seasons that you can get one and style it as conservatively or fashion-y as you like. Sizing-wise, they are boxy, so it's more about getting it right for your height rather than your chest/shoulders.

Really loving this. I know very little about the brand and have nearly no experience with the pieces, so unfortunately, I'll not be able to contribute for a bit, but I've always liked the overall look of the collections and individual pieces!
"Blue Denim in their Veins"

@robinsongreen68 check out the quilted work jacket from this season from 18Montrose, as I think you are in the UK, so shipping/return should not be as much of a hassle. This particular work jacket pretty much has all of the standard Craig Green details: quilted, string ties, floating pockets, etc. For sizing, it's meant to be boxy and somewhat cropped, but Mr. Porter has full measurements -- just go look at any of the work jackets there.

Chappelle should be the skit for all rap albums. That leather jacket is dope.

happyriverz said:
@robinsongreen68 check out the quilted work jacket from this season from 18Montrose, as I think you are in the UK, so shipping/return should not be as much of a hassle. This particular work jacket pretty much has all of the standard Craig Green details: quilted, string ties, floating pockets, etc. For sizing, it's meant to be boxy and somewhat cropped, but Mr. Porter has full measurements -- just go look at any of the work jackets there.
Click to expand...

robinsongreen68 said:
thank you! had expected to be more a medium than a small (5'10", 74kg) but in fact the S is pretty good

Awesome - glad it worked out!

This is the first post of several, in which I discuss my personal takes on the conceptual/thematic aspects of Craig Green. Of course, these are my own interpretations, and you are more than welcome to disagree.

If there is one unifying idea in Craig Green's aesthetic in his collections so far, it is the idea of communal dress, that is, dress meant to highlight the wearer's belonging in a collective, rather than highlighting the wearer as an individual. Thus, the clothes are clothes for a group, as an outward expression of a communal identity, aka, a uniform.

The emphasis of the communal over the individual can be seen in many of Craig Green's runway shows, where the individual models' faces are often partially or complete obscured: models have worn wooden planks over their faces, have been blindfolded, eyes obscured by hoods, worn banners made from cloth and wood in front of their bodies, etc.

This idea of communal dress is often expressed in the collections by reference to various vocations, and I use the word "vocations" in the traditional sense, e.g., as in a "calling" rather than just an occupation. For as much as Craig Green is labeled as "workwear," that concept doesn't really capture the idea of communal dress, because in the fashion context, "workwear" almost immediately conjures up early- to mid-20th century blue-collar archetypes like the cowboy, the miner, the train conductor, the factory worker, etc. But insofar as Craig Green is "workwear," it is workwear for more than just those occupations which involve manual labor. The kind of "work" that Craig Green references ranges far beyond the traditional workwear archetypes, including the ecclesiastical (evoking both western priests and eastern monks), the military (both modern soldiers and traditional samurais) and the prosaic (hospital orderlies and fishermen), and unlike traditional workwear, the focus is not so much on utility -- in fact, a lot of the design details on the runway pieces are the antithesis of function -- to wit, the seemingly endless number of strings, belts and flaps attached to a lot of the runway pieces have no functional purpose whatsoever. This more expanded scope of "uniform for vocations" as compared to "traditional workwear" allows the pieces to have a more abstract, more ceremonial, less "rugged" sensibility than traditional workwear pieces.

But even the idea of clothes for vocations doesn't capture the full extent of communal dress in Craig Green. Sometimes the idea of communal transcends the idea of a "uniform" altogether, such as certain pieces in the SS17 collection that almost directly reference existing tribal ceremonial clothes, thus signifying a unity that is based more than just a shared vocation, but something even more encompassing, such as a shared culture/ethnicity.

Even as Craig Green makes highly abstract/directional clothes based on this idea of communal dress, the idea itself is no stranger to traditional men's dressing. After all, what is the suit but a uniform of a certain middle class? Yet Craig Green is able to take an idea that is seemingly designed to be aesthetically flattening on its face -- after all, the whole idea of communal dress is to visually make the wearers seem all the same -- and make pieces that make their wearers stand out.
You must log in or register to reply here.
Share:
Facebook Twitter Reddit Pinterest Tumblr WhatsApp Email Link
New posts