Update on this long thread - the boots have been replaced with a pair that exceeds my expectations from Maurizio and m_moriabc.

I'll leave this post with the quoted background and post pictures and tell the story in the following posts.


GarleyCavidson said:
I bought a pair of M_Moria Bb_Tre boots through Cruvoir in November 2017 and last month I noticed the thread in the seams beginning to tear. Raul at Willie's noted it will be a very expensive and difficult repair.

I've emailed Cruvoir and an address at novepvnti.it (which is associated with mmoria/Altieri) but haven't gotten a response.

Has anyone else dealt with a similar problem?

GarleyCavidson said:
As an update, I got a response from M_Moria and shipped the boots to Rome, Italy, a few weeks ago. I'll update when the Italians are back from their summer vacation.
Click to expand...

GarleyCavidson said:
I sent the boots to Italy for repair by Maurizio at the beginning of August and received the boots back from Maurizio at the end of November. I will leave you to judge the quality of the repair by the pictures. The outer of the boots was stitched to the lining to keep the tear from progressing.

The intact original seam is circled in green - you see only a single line of stitching. Circled in red is where a second set of stitching was sewn through the original holes, attaching the outer layer to the inner lining. View attachment 1088433


Here is a view from the inside showing where the lining was sewn through.View attachment 1088436

Here's how the boots look now. The tear and the backside of the lining is still visible.
View attachment 1088437

GarleyCavidson said:
I got in touch with Maurizio and mentioned being dissatisfied with the repair and he has offered to replace the boots. Things run slow in the M_Moria world but things are run with care.
Click to expand...

GarleyCavidson said:
Still waiting to hear back from Maurizio regarding replacing these M_Moria with another pair.

GarleyCavidson said:
He did say he would replace them but we haven’t yet been able to connect over the phone to discuss the replacement.
Click to expand...

GarleyCavidson said:
Update: We’ve chatted a couple of times over the last six months but there has been no clear movement on actually replacing the faulty boots.
Click to expand...

GarleyCavidson said:
Update on this - there's a plan with Maurizio and confederates to sell my faulty boots and replace them with a pair made to my specifications. It's a slow process but seems to be going according to Maurizio's plan. As such, expect an update in another six months!
Click to expand...

So in November 2017 I purchased a pair of M_Moriabc boots from Cruvoir.

The following year, some of the seams began to rip and I wrote to Maurizio to discuss repairs. I shipped the boots to him in Italy and received them back within a month or two.

However, after the repair the tear was still visible. I again wrote to Maurizio, who offered to replace the boots. He requested that I mail them to one of his associates in Japan. The plan on offer was to have him sell the boots to cover the cost of making new boots.

I talked with my friend Raul of Willie's Shoe Service about whether it would be better to have him attempt a repair or to ship them off... then, after a few months of hesitation, I sent the boots to Maurizio's associate in Japan, who confirmed reciept in October 2019.

Come December, the associate said he was in and out of the hospital with various unknown ailments. After a while, he stopped replying altogether to me or Maurizio. As far as I know, he's still alive, just dropped off the map with regards to his relationship with M_Moria.

So in March, I detailed this ordeal to Maurizio, who offered to move forward with the replacement of the boots despite the loss of the boots I sent to his associate in Japan. But by this time, Italy was ravaged by COVID and I was seeing stories on Instagram of Maurizio getting questioned by police after being out in the empty streets on his bicycle!

I had a few chats with Maurizio and we settled on a design for the boots to replace my original purchase. He asked that Raul measure my feet so he could adjust the last to better fit my particular shape. 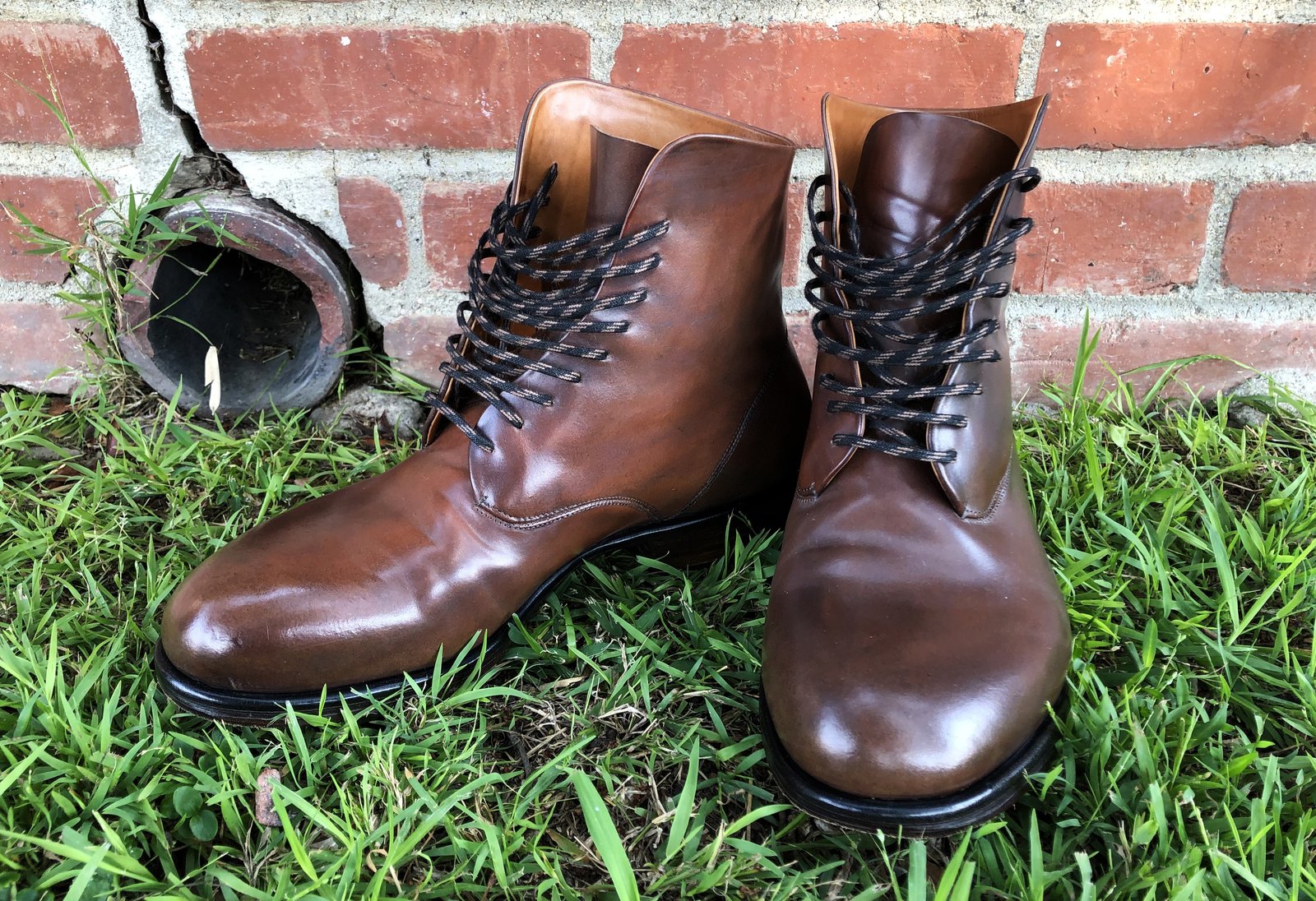 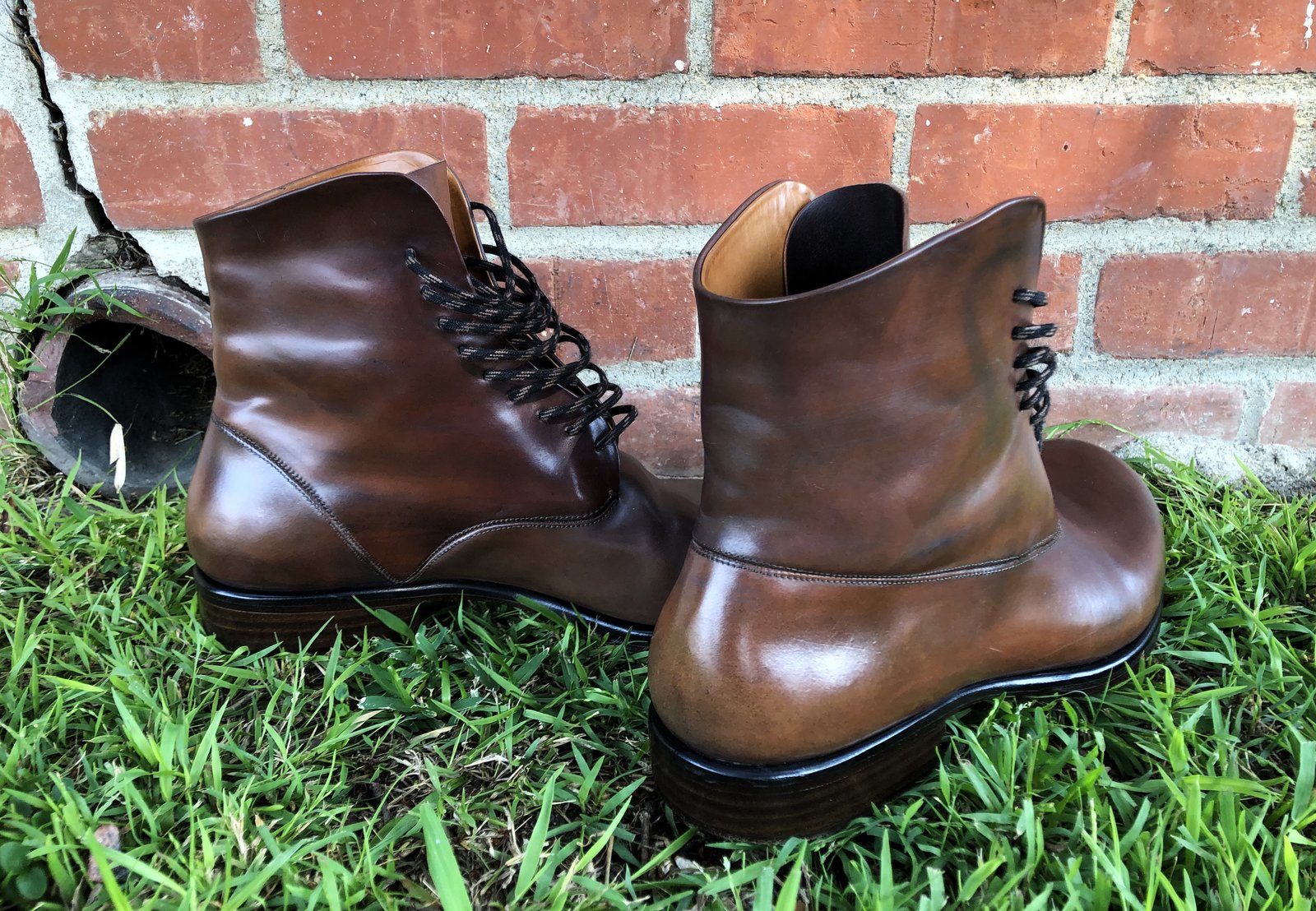 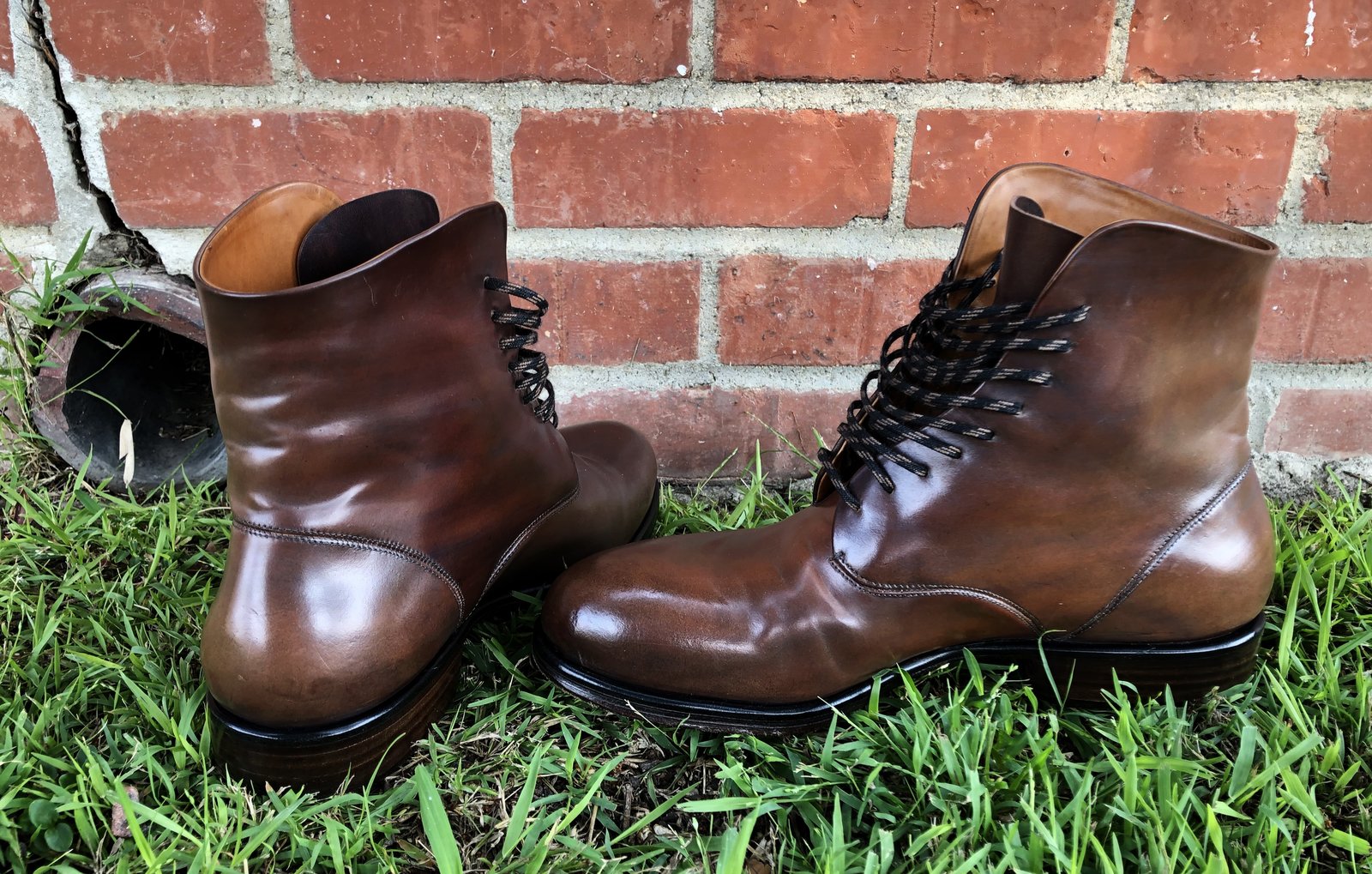 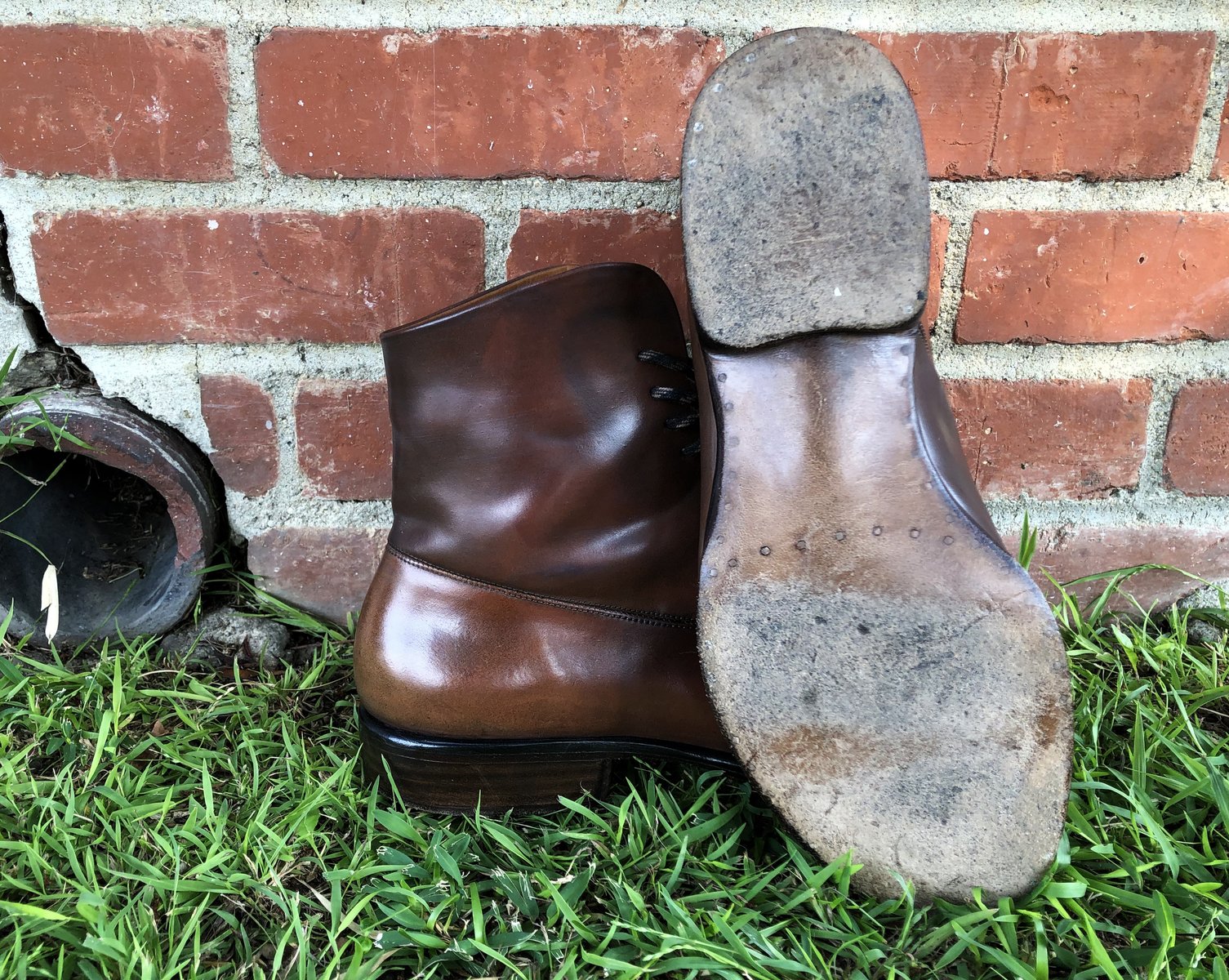 The same boots in photos taken by Maurizio. 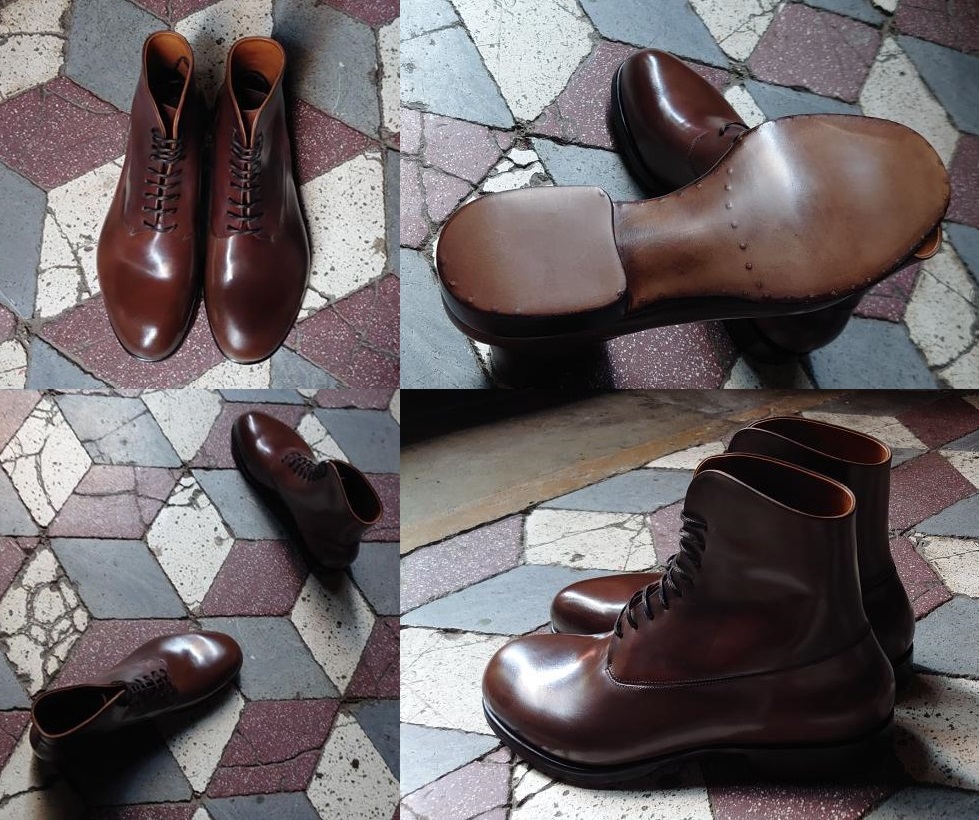 That took really long but I'm glad you got a resolution you're satisfied with.

"it is possible to know the goodness of things"

Seal from 2 years ago.

I hope CCP brings back color 16. 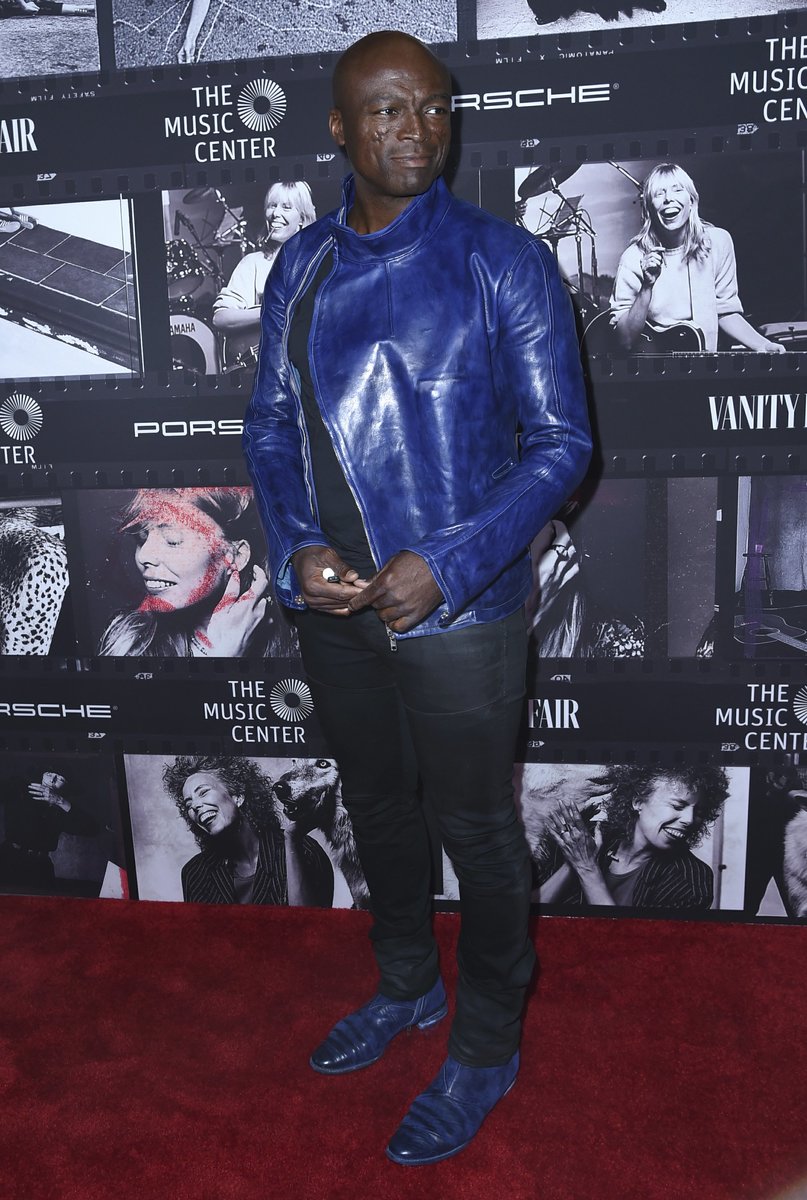 Hi all, I purchased a pair of women's Guidi PL3 off a reputable ebay seller and everything looks good to me except the sole has a made in italy stamp, which I've never seen before. Do you guys think it is a replica? Everything else seems comparable to my other pair.

Would appreciate some thoughts or an authenticity check.

rattyray said:
Do you guys think it is a replica? Everything else seems comparable to my other pair.
Click to expand...