adrs1157 said:
On reddit, we have a collections thread coming up on Saturday. So I've been taking a lot of pictures.

Are these from Frans Boone?

Well, the Alden thread has been a fun read.
A

JSO1 said:
Are these from Frans Boone?
Click to expand...

The one and only.

From one of the finest films ever created. Lbvs!

I can definitely see the draw for the Ravello versatility! 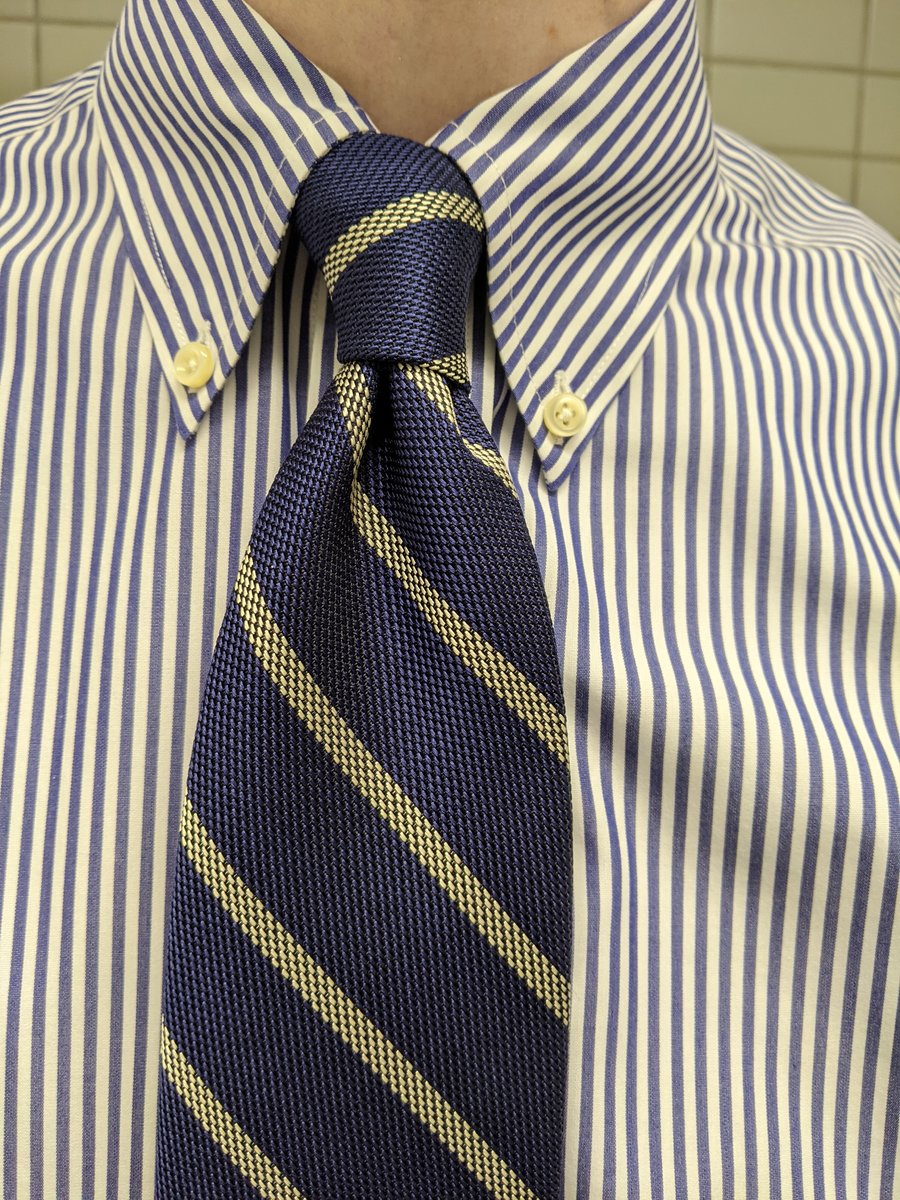 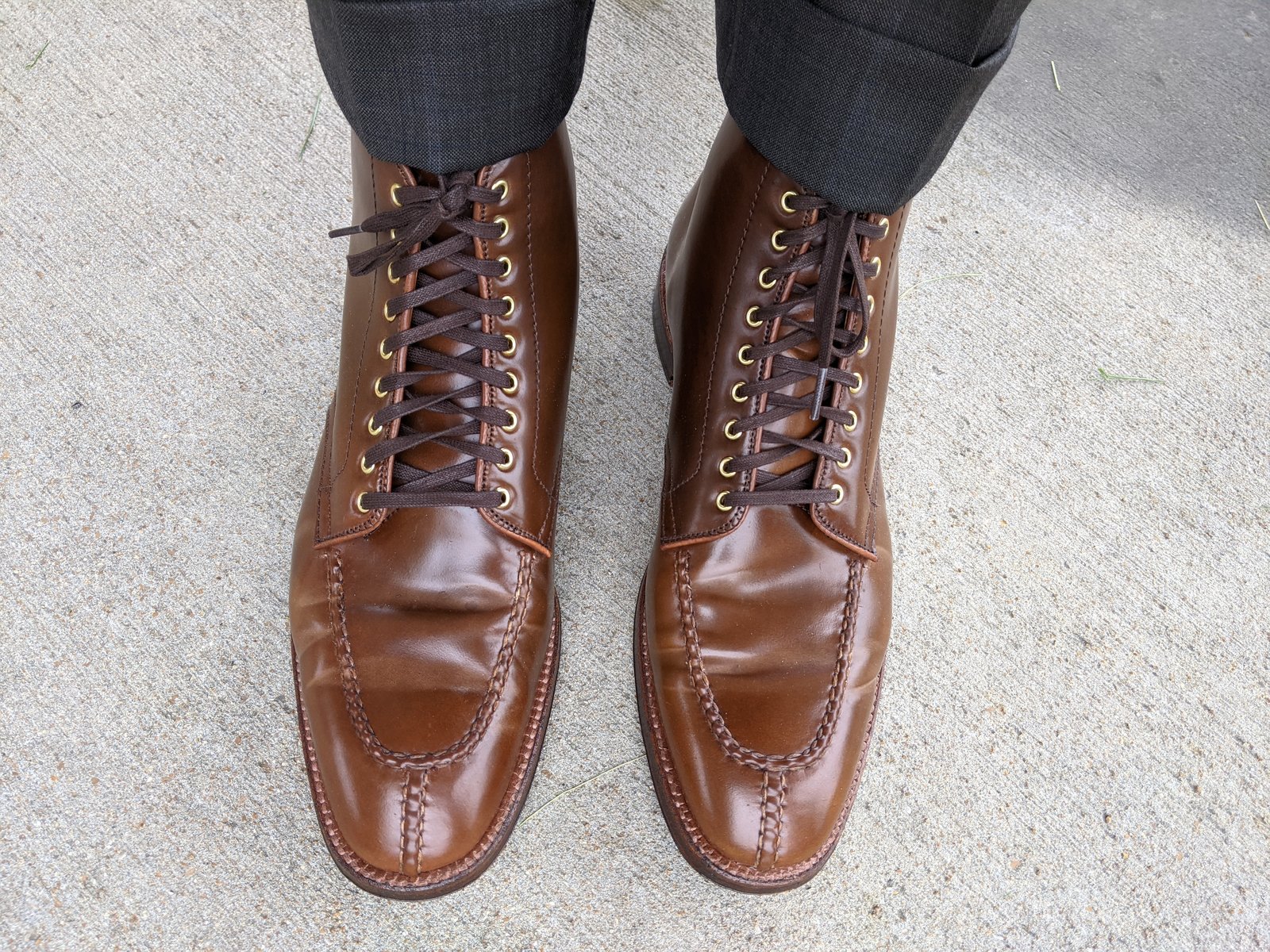 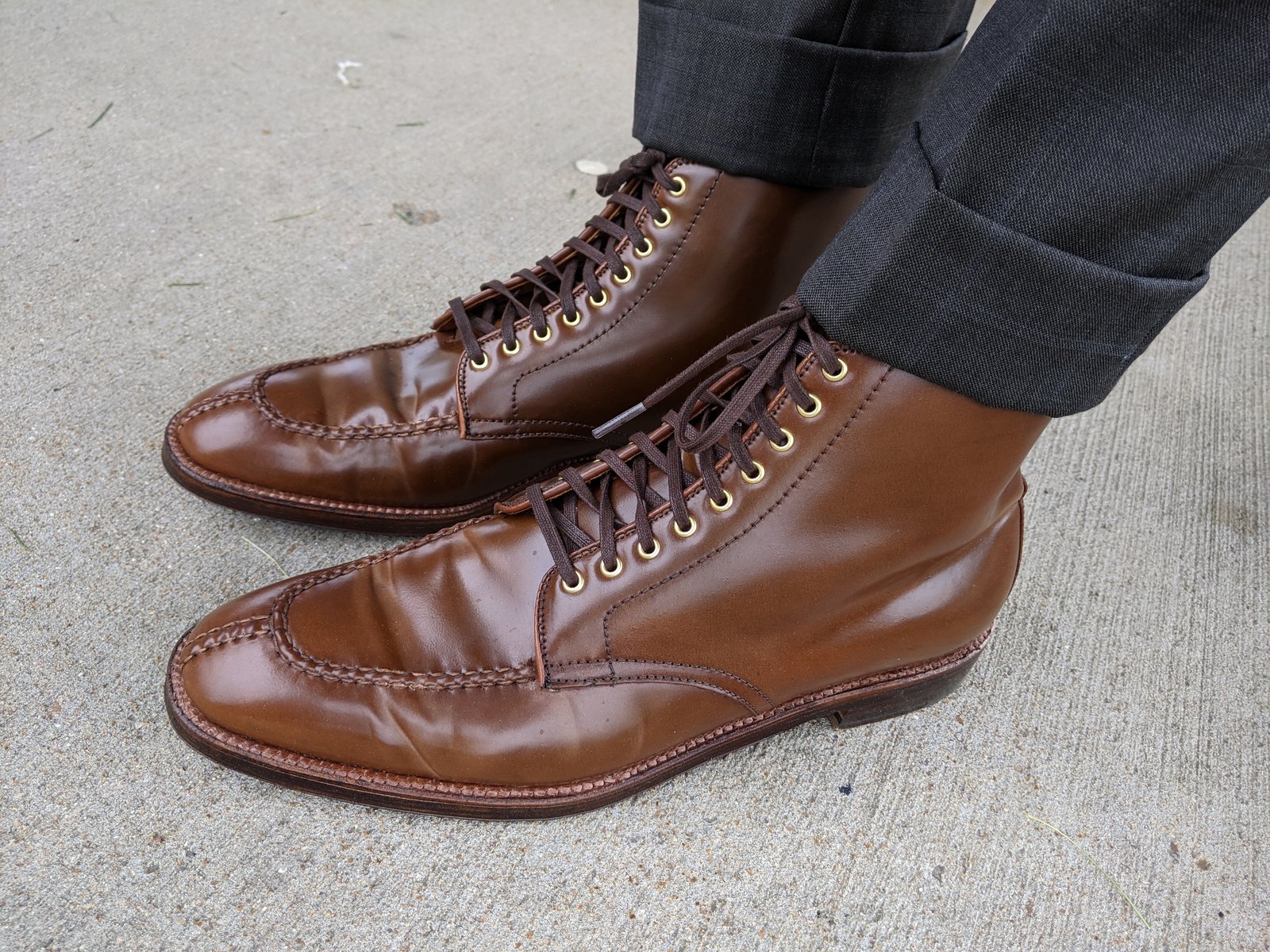 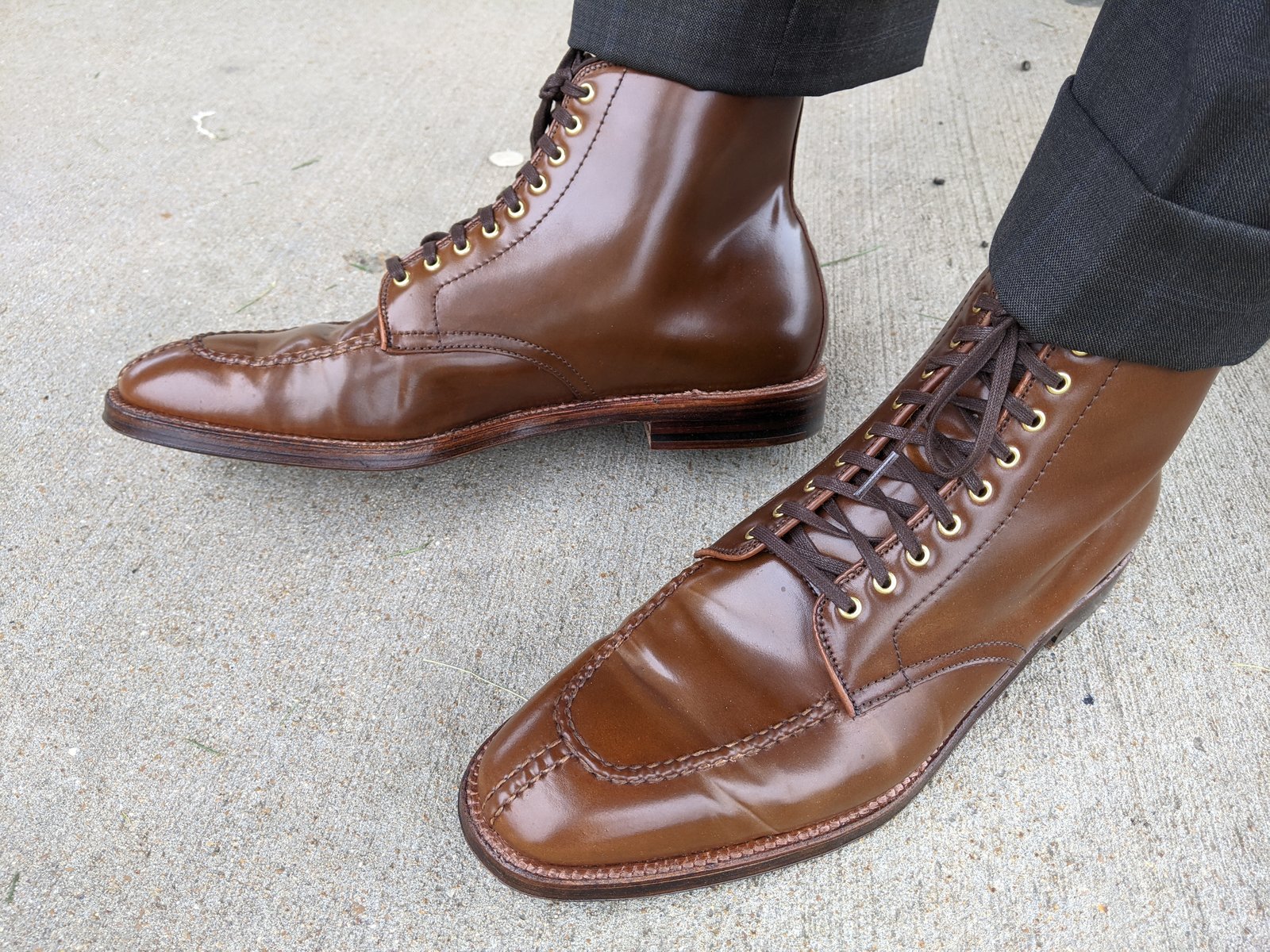 "Clothes make the man. Naked people have little or no influence on society." - Mark Twain

"I pretended to be somebody I wanted to be until finally I became that person. Or he became me." - Cary Grant
J

NYCTechNerd said:
Explain to me why more people would jump on the bandwagon and stir the pot
Click to expand...

Please see my previous post. It explains why others jumped on said bandwagon.

Not picking on him but rather all the suburbanites who do not actually "walk" in their shoes.

That statement seems to call out a lot of people. 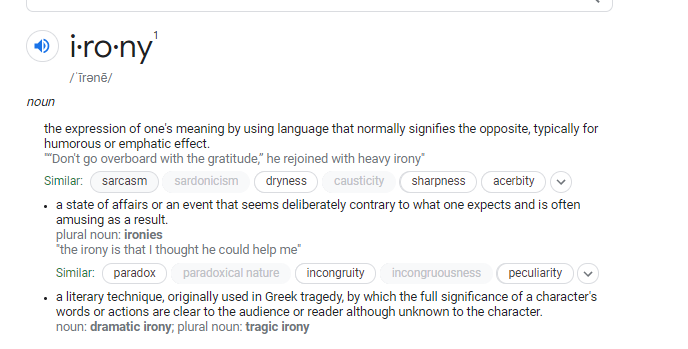 NYCTechNerd said:
And there it is, when people are not up to having an adult conversation because they often lack the intelligence and/or realize that they are wrong, they stoop to posting memes and foolish graphics rather than admit that maybe they are wrong.
Click to expand...

I can definitely see the draw for the Ravello versatility!

Wow! I had to do a double take because I don't think I see you in boots often.

But I did actually subvocalize Wow when I saw these pictures

NYCTechNerd said:
Satire is defined as:
Click to expand...

I lurk more than I post. I’ve seen numerous members in several threads all over the forum take offense to your posts. I know you are not trolling but you really need to introspect as to why this keeps happening to you. Maybe a break from this forum will do you good.

NYCTechNerd said:
And there it is, when people are not up to having an adult conversation because they often lack the intelligence and/or realize that they are wrong, they stoop to posting memes and foolish graphics rather than admit that maybe they are wrong.
Click to expand...

Have you admitted that you were wrong? Off the top of my head, I can't think of another occasion where I've had an adult challenge strangers to an IQ test. Yet, oddly, you seem to be asserting yourself as the adult in the room.

For some reason, you seem to attract negative attention across many of the threads in which you participate. Perhaps that's cause for introspection on your part?

Or, by all means carry on if you prefer... after all, we're just shooting the breeze about wildly expensive shoes so I guess it should be assumed that there might be some oddballs among us.

Yet I only started writing negative responses after I was accused of doing something that I did not actually do so how does your comment make sense?
Click to expand...

Let me start by saying you've not said anything particularly wrong. Ever, really. It's just you can communicate these things better to get a more fruitful response from the forum and potentially drum up better conversation in general.

At the end of the day we're all here to talk about our shoes.

Let us at least be clear about the timeline of events:
- A single person (JSO1) read tone into an older post that did not have any tone and made an accusation that I insulted another person (mdubs).
- I explained in a response post that I did not mean to insult the original person (mdubs) and that either people (or one specific person) misunderstood my post or that my writing was not clear. I also mentioned that I PM'ed the insulted person in-question (mdubs) and I would wait on his response
- Then several other people came out of the woodwork, or crawled out of the mysterious holes where they live, and began to tell me what my original intent was in my post that tagged (mdubs).
Click to expand...

You're right. I didn't even notice your little jab at Mike at the end of your post. It wasn't until @JSO1 brought it up and you responded venomously that I felt the need to chime in. Not necessary at all, but we're all allowed to express our feelings no? The bottom line is whether or not you "intended" on hurting anyone's feels is a moot point. Feelings were clearly hurt. Again, not because you're inherently wrong. It is because of the way you chose to communicate it. You need to acknowledge it.

Explain to me how people know what my intent was in that original post? Is someone here telepathic?
Click to expand...

It is your job to convey your point to the masses via your communications. That is the problem. Nobody can know your intent, so do a better job communicating it next time. Or you can just apologize for the misunderstanding, reiterate your point and move on. You chose to die on this hill instead.

Explain to me why people would jump on the bandwagon and stir the pot after I had already stated that I did not intend to insult mdubs and explained that maybe my writing was not clear or that people misunderstood it?
Click to expand...

You went on the offensive, that's why. @JSO1 triggered you and rightfully so. Your defense is misguided. Learn to apologize and learn some apathy. It'll help you in life.

Yes, I acknowledge that after all of that happened I made the poor decision to swing in the mud with the other fools who decided to jump on a non-issue and make it into something more than it was. At least JSO1 had the good sense to take me at my word and move on but it is too bad that others have nothing better to do then flame the fire of a non-existent issue that only lives inside their pea sized little brains that cannot comprehend what actually happened (or did not happen).
Click to expand...