While the article was incredibly well written and hit a lot of the right points, I have a problem with the terminology "The New Gentleman", at least in this context, because the focus of the article is solely on clothing, which seems to me to be the lesser half of what being a gentleman is about.

Sure gentlemen are well dressed, but can't a man be a gentleman in a sweatshirt and adidas? I think so, though a focus on others and respect for oneself would naturally lead one to dress better. I think of the dress more as an effect of the attitude, rather than the focus.


No offense to the article, I found it very tasteful, but the term seems to be a misnomer when speaking of fashion rather than behavior.

Hey Richard, thanks for the mention! I'm going to move this to Clothing so people can find it... a lot of people skip this forum.

Great article. Thanks so much for sharing your expertise.

Hey Richard, thanks for the mention! I'm going to move this to Clothing so people can find it... a lot of people skip this forum.

Sorry for the misplacement, J.

Thanks for the move.
a psychotic is someone who just figured out what's going on

Sorry for the misplacement, J.

Thanks for the move.

Thanks for the compliments, but thanks too for the criticisms. Let it rip. I can take it. That's how I learn. I respect all of your opinions because you are quite knowledgable and passionate about the topic.

Also, jeremiah, you are quite right. The New Gentleman is about more than how he wears his clothes. Manners and behavior towards other are also important. In fact, I was quoted in this month's Details magazine on the exact same topic. I think I said something like "The New Gentleman has manners. He controls his cell phone; his cell phone does not control him."

I've been unable to log on because of technical problems in the last few weeks, but I'm catching up. I guess I should'veposted this on the thread that was moved, but while I'm here: I'm wondering if you think, as I do, that there is a backlash because of the metrosexual's self-obsession wtih himself and apparent lack of conern for the feelings of others?

As I wrote, in Cary Grant: A Celebration of Style, "Cary Grant made good manners sexy?" I just hope that ethos is coming back. Do you?

The glibbest member of the Fab Four might be entertaining in his checked sneakers and white suit, but his fashion sense seems to have been derived solely from a fixation on Barnum & Bailey Circus clowns.

Actually, wasn't the Queer Eye crew made up of Five (cuisine, couture, decor, preening and "culture").. unless, of course, you are referring to the Beatles... Ringo was indeed a dodgy dresser.

Where do you get the impression these guys are new-style icons or am I missing a lot of pics?

Where do you get the impression these guys are new-style icons or am I missing a lot of pics? 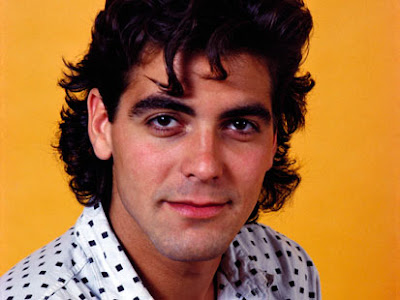 That was his Ricky Martin 's period...

It's interesting that young politicians such as Barack Obama dress immaculately," says Sherwood. "It's the old generation, such as Bush and Blair, who rather pathetically try to appeal to the young generation by not wearing ties and taking a casual (read sloppy) approach to their appearance.


Not everyone's received the message. Apparently, Yukio Hatoyama dropped 9 points in the polls after wearing this shirt.

Not everyone's received the message. Apparently, Yukio Hatoyama dropped 9 points in the polls after wearing this shirt.

Politicians are trying too hard to have the common touch...

In the old days ,a statesman needed decorum and gravitas...

Look at Eden ,Churchill ,Mitterand and so on ...

The Japanese PM must be sacked for that sartorial blunder....
...
You must log in or register to reply here.

Yesterday at 2:36 AM
Remington Cashmere

Finding my passion after 35 years
2

P
Suggestions for suit separates in traditional cuts under < 1000?

Classic style for the older gent without looking like your wardrobe hasn't been touched in forty years...