I reckon my perception of the Look is probably wrong, especially from a Brit point of view.
But in the Opening Post of this thread, @Mr Knightley mentions that the first mods were (so)called "continentalists" and took their inspiration from France and Italy.
I will add that we had in France and Italy a strong American presence after the war, that was very influential to the look here, and it is also noted in the "Soul Stylists" book IIRC as being influential in England.
When some of you say France has no youth culture of his own, it is wrong, i agree it was far less spectacular than the successive English trends, but it existed.
I am not a patriot of some sort, and i am rather an anglophile, but if you take the French "Minet" fashion, it lasted 3 generations from the mid to late 50s to the late 80s (and some debris still hit the wall as covskin would say) and originated with the elitist Drugstore crowd (or gang). They took their inspiration from continental style (mainly French and Italian, as our cultures are close since the Renaissance), and mixed it with traditional 'gent' English style and 'Ivy' American style, and all that the American culture had bring to Europe after the war. It happened at the same time than the mod movement, and both styles influenced each other, it is documented in certain books or articles (Farid Chenoune, Alex Roest, Peter Jachimiak), at the same time they were popularising.
Sadly though, even if the "Minets" are a real french youth culture (with foreign influences) that originated in Paris (it was not mine though, but my older brother hanged at the Drugstore, wore Renoma suits and Weston shoes, and i have some memories of seeing him when i was a little kid with flamboyant "minettes") almost nothing has been written about it. But it existed, it was typically french, and it was a real youth culture here, i have witnessed it as when i was in school it was mainstream.
The French literature is quite rich, and some contemporary writers, who were into minet fashion or witnessed it, wrote a little about it though. There is only one dedicated novel (adapted in a movie) called "La bande du Drugstore".
But i find more interesting incomplete testimonies you can read de ci de là in some novels. Patrick Modiano for example wrote about it several times.
Last edited: Feb 16, 2020

Jimmy Balantyne said:
Self-correction here, that look was predominantly a black thing and in regard to black youths, wasn't restricted to South London. Though I strongly suspect it was more prevalent there. I'm not sure how the two tribes were wearing the same gear because they didn't knock around together. I was familiar with the look prior to it becoming popular with the younger crowd, as the Spivs on Oxford Street dressed that way to a large extent. It became popular with South London teenagers in the mid-70s.
Click to expand...

I know some Jamaicans who said they wore Farah trousers with wallabees , those gabbici style tops, (with the gold chains worn outside) in the mid 70’s in Jamaica .
You can find pics online of many reggae artists wearing this style .
Also saw a few with this style in pics of the Carnival riots in 76 .
There is a lot of back and forth crossover between Jamaica and London - fashion and music especially .
The first few only fools and horses show Del Boy rocking this style in a pastiche way , aping the ticket tout, cockney look.
Not a look for me but an essential part of the evolution of the look and as you point out probably where the early casual look came from and was then copied when they travelled for football .

Just checked the Farah website and they say their hopsack trousers got released in the 70’s - but no exact date .
C

Same here, I was thinking of Del Boy with his pullovers and chains, though I never liked that programme


Clouseau said:
When some of you say France has no youth culture of his own, it is wrong, i agree it was far less spectacular than the successive English trends, but it existed.
Click to expand...

Some excellent illustrations in this little book (if you accept that American Trad/Ivy was influential on The Look - well ask J.Simons maybe 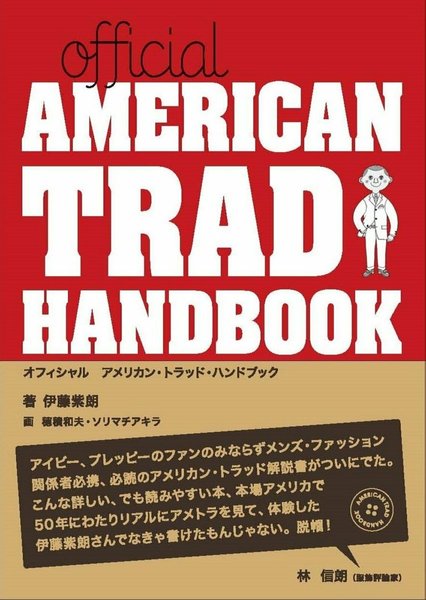 This is where my last avatar comes from. 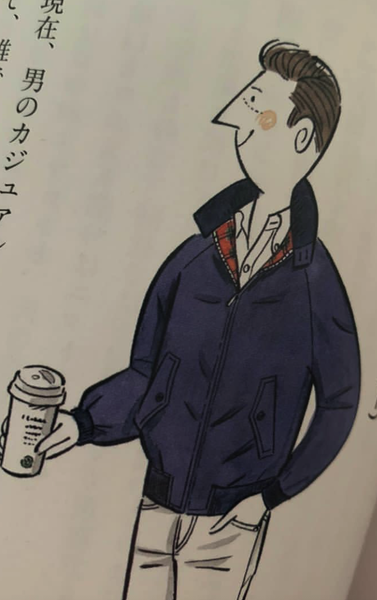 Subtitles man don't get it at all.

BTW most of the items you posted were US ?
I mean USA was one of the main influence of The Look wasn't it ? That's what i red in Soul Stylists. Or was ALL of that book BS (casuals chapter included) ?

From the said book:
"Setting out on his own in the 60s, Simon's vision was simple. He wanted to popularise the Ivy League Look in Britain."
Last edited: Feb 18, 2020
J

It's all about the adaptation Inspector... The adaptation and interpretation. You keep reading those books though. Peace.
Picket lines and picket signs... 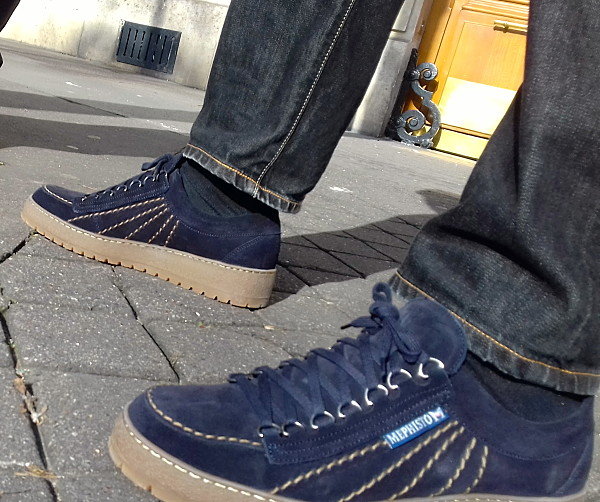 Following your advice, i ordered them online, found them at €100 instead of €190. Comfy from day one. Will look better with blue jeans, but i had black on when i received them this morning.
You are Dope, Man...

Yeah exactly what i thought ha ha ha.
To quote @Botolph, ugly in a cool way, or an interesting ugliness.
They have a 70s Toppers / Kickers vibe.

Hate to say it , but they are so comfortable if you walk a lot (I do), the easiest shoes to lace I’ve ever owned and (helps if you give them a spray) pretty water resistant too.

We laugh in the face of fashion IC.

Well or fashion laughs in our face, but we don't really mind do we ?
Yes i confirm they are very comfy - and i do walk a lot.
Won't wear them when i have dates though. They could be a reason of divorce (fortunately it's already done

Me and Mrs Yorky have been spending nearly every weekend since the start of January , and most of this week as it's half term at her recently deceased Aunties home in rural North Yorkshire, moving out all of her belongings. She had a lot of antique furniture etc which has gone to auction, but this week we were in the attic, in which was a large wooden chest, it appeared to have curtaining material in it, when I started to remove the top layers, my heart almost stopped, as I then came across all of this 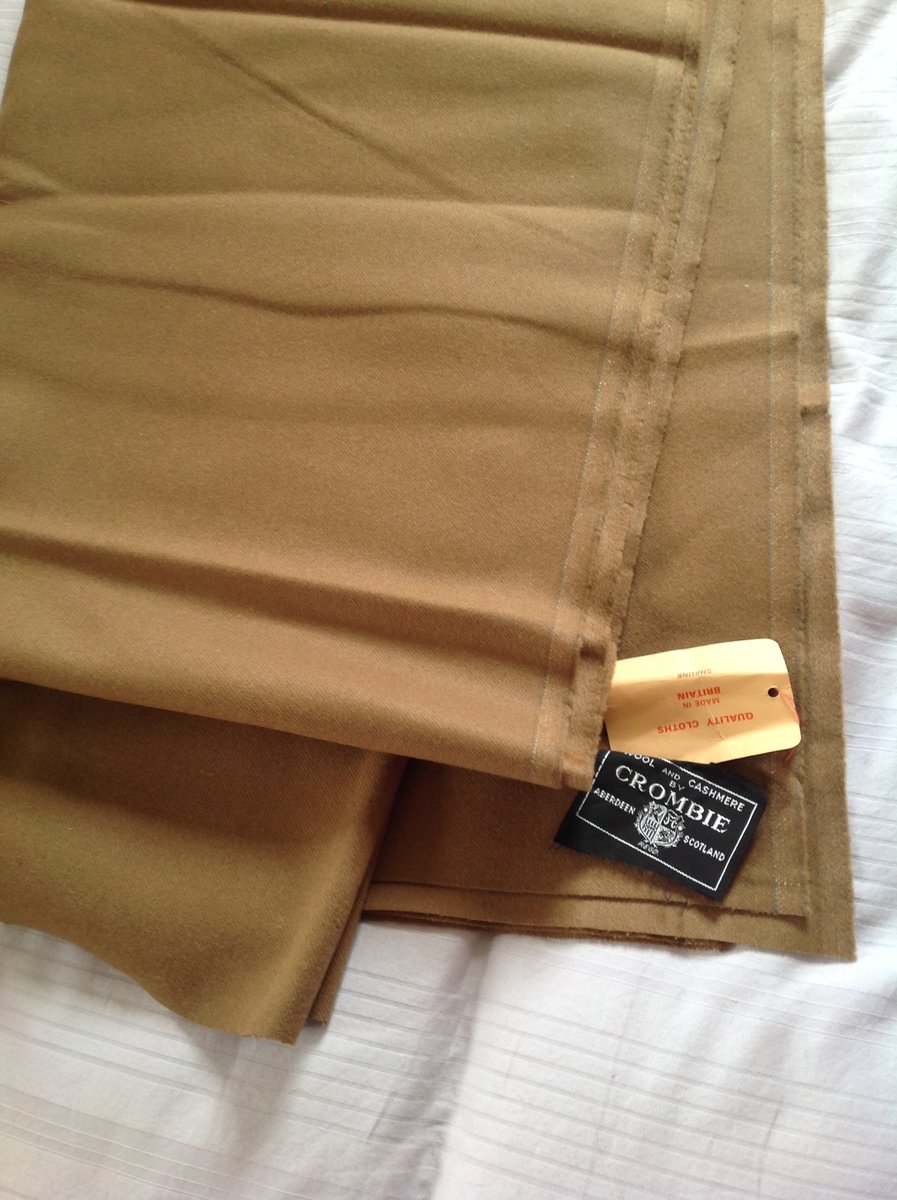 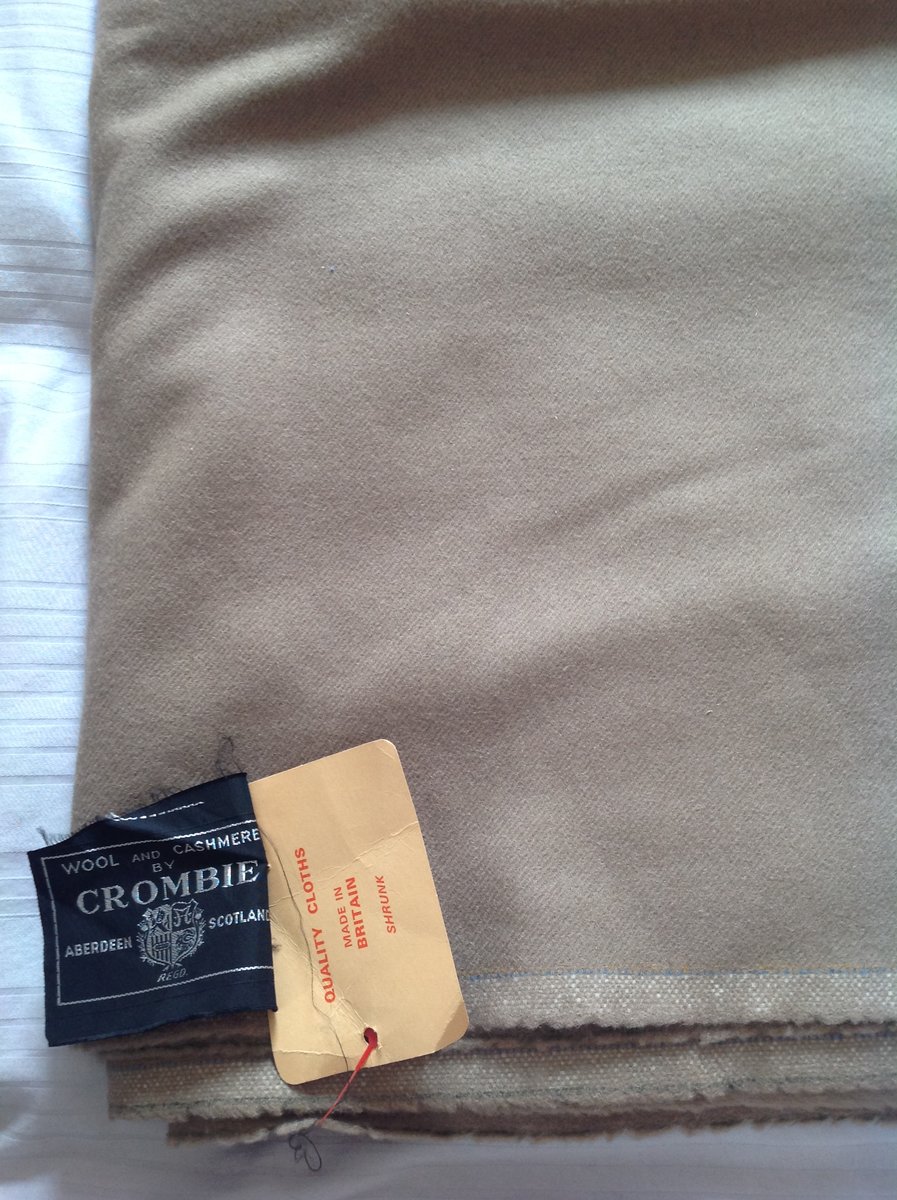 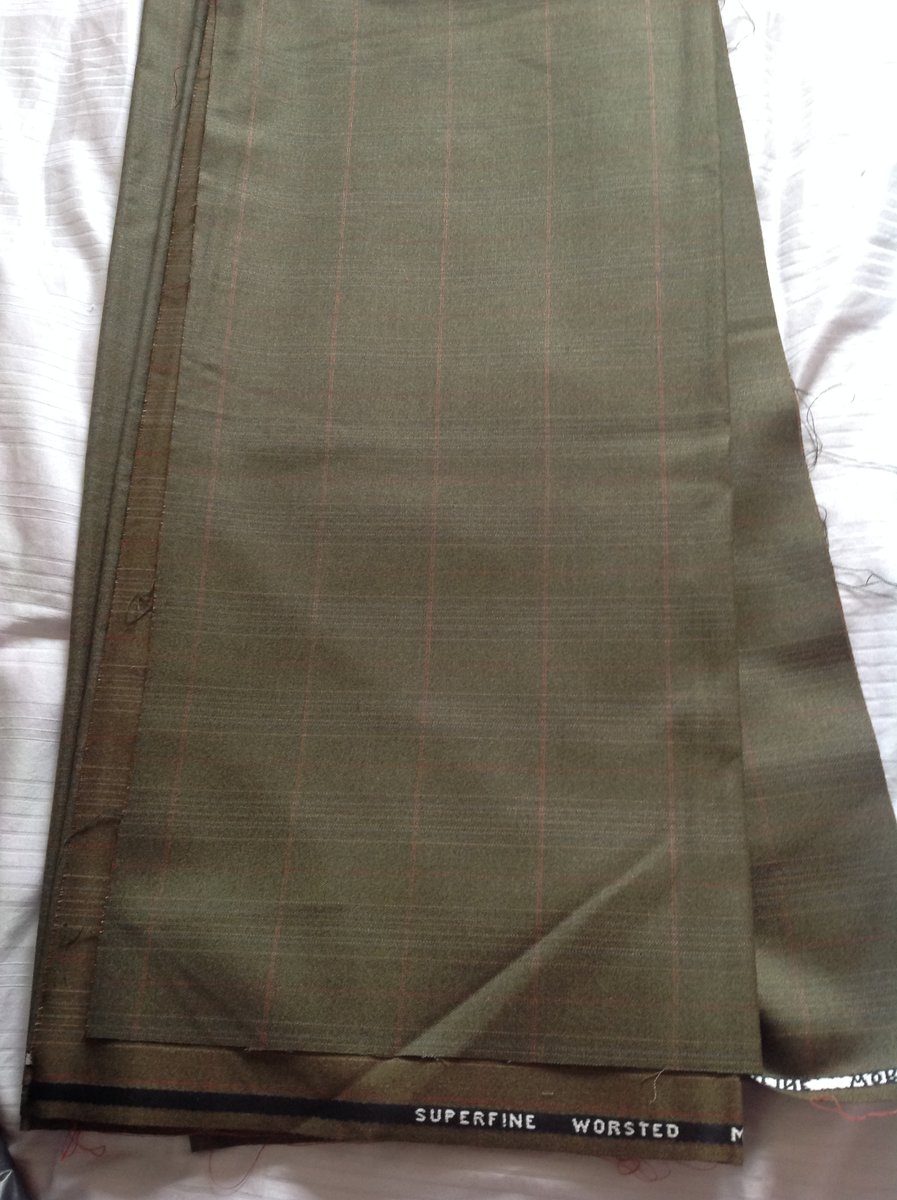 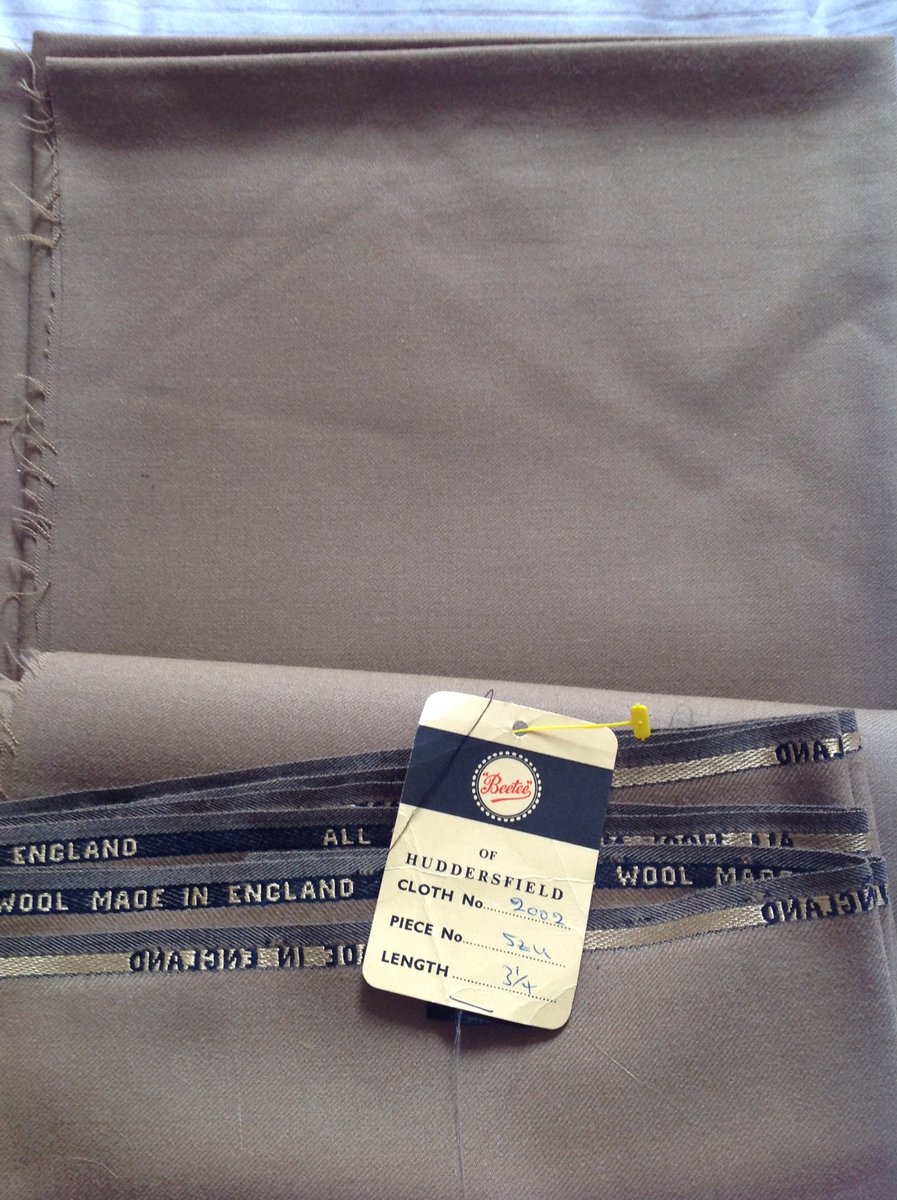 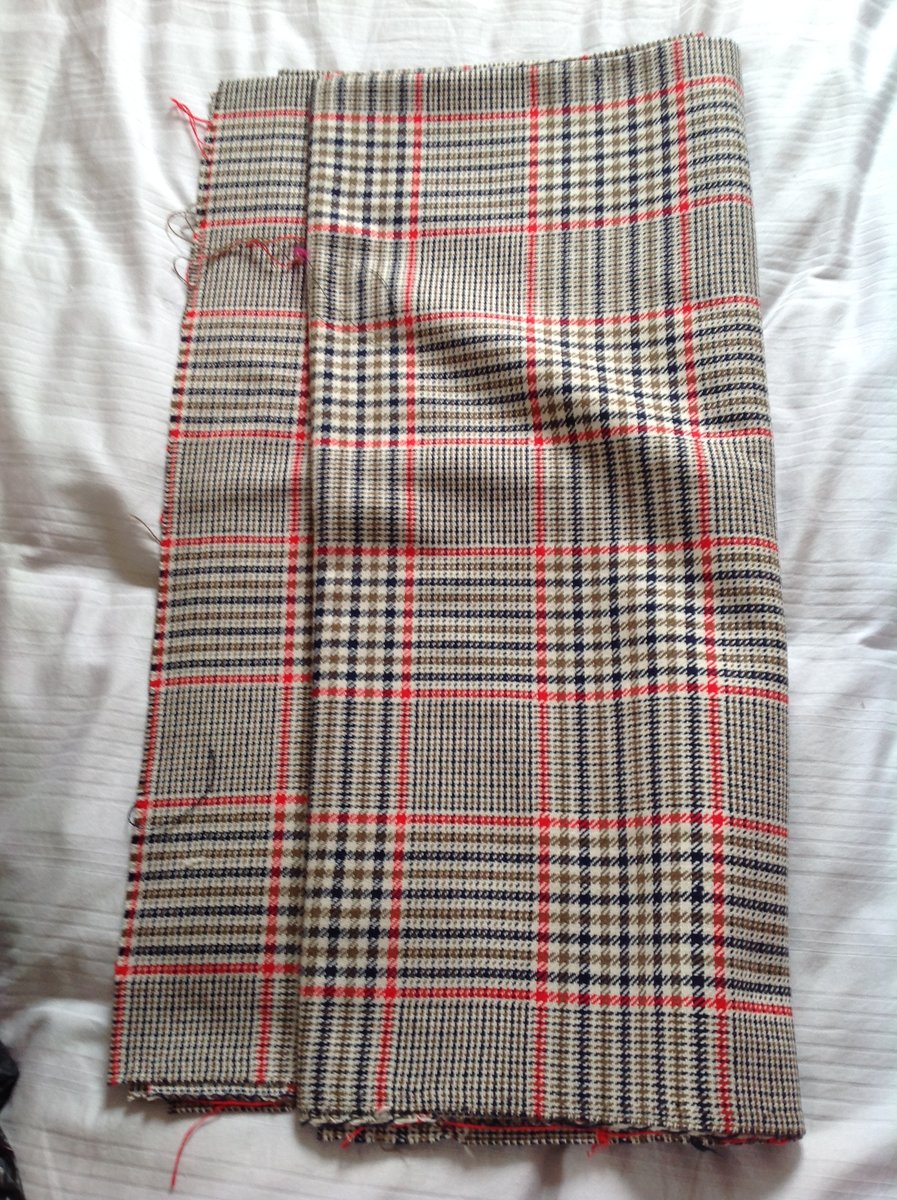 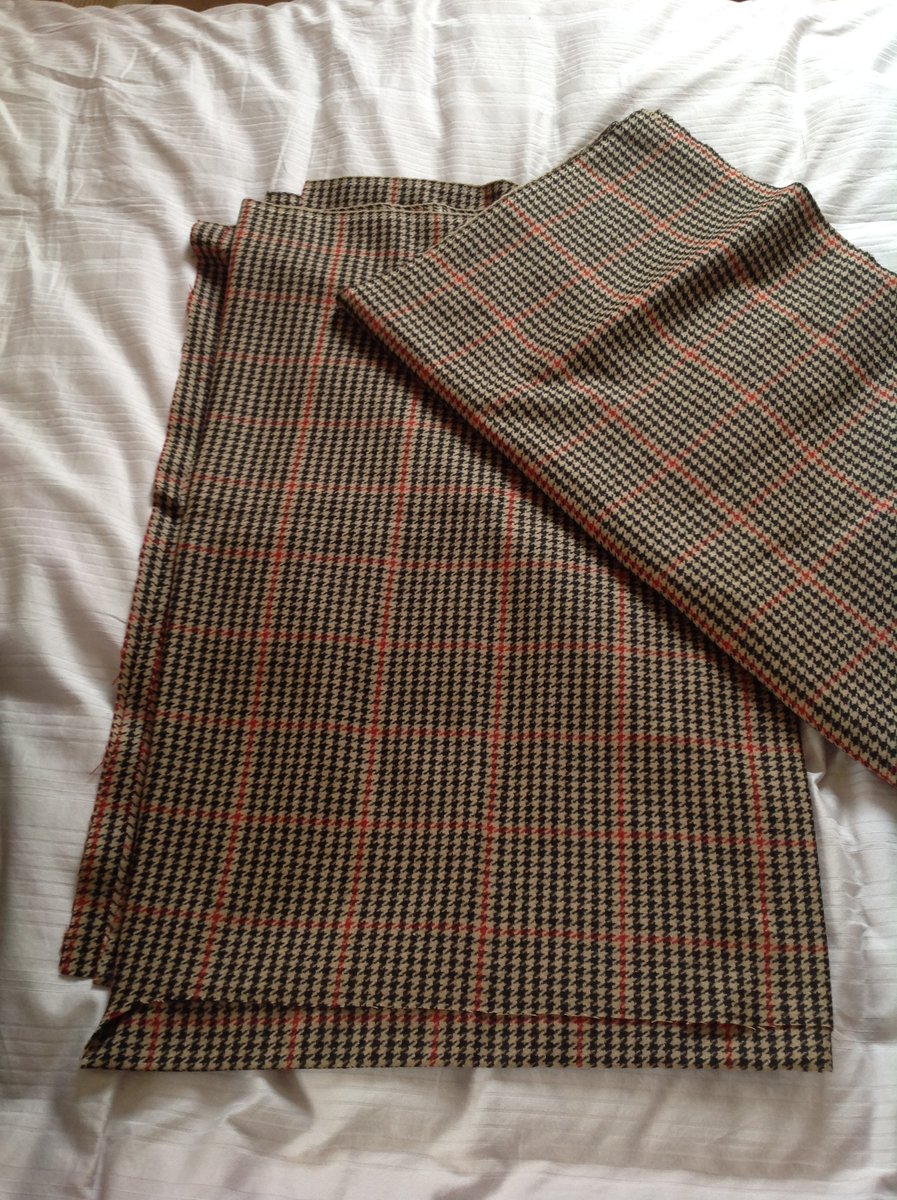 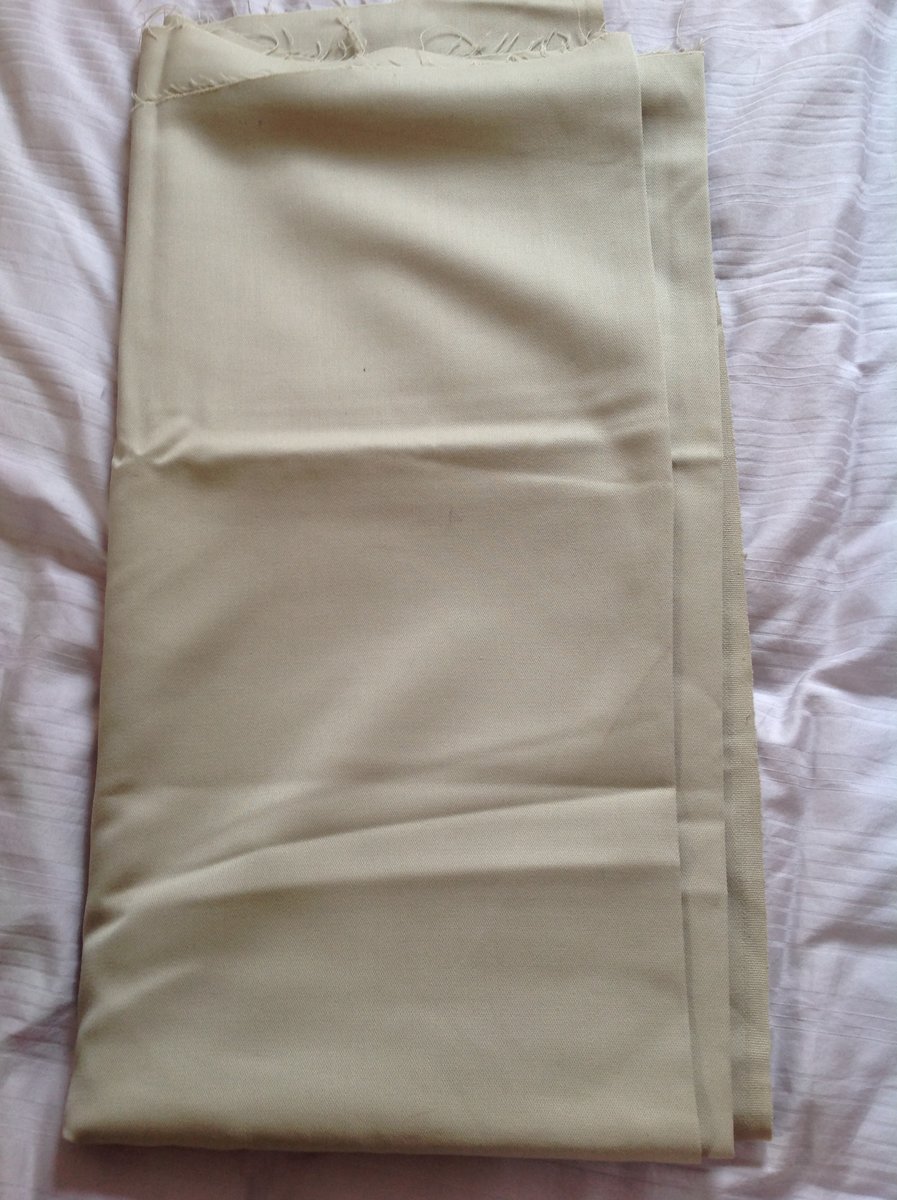 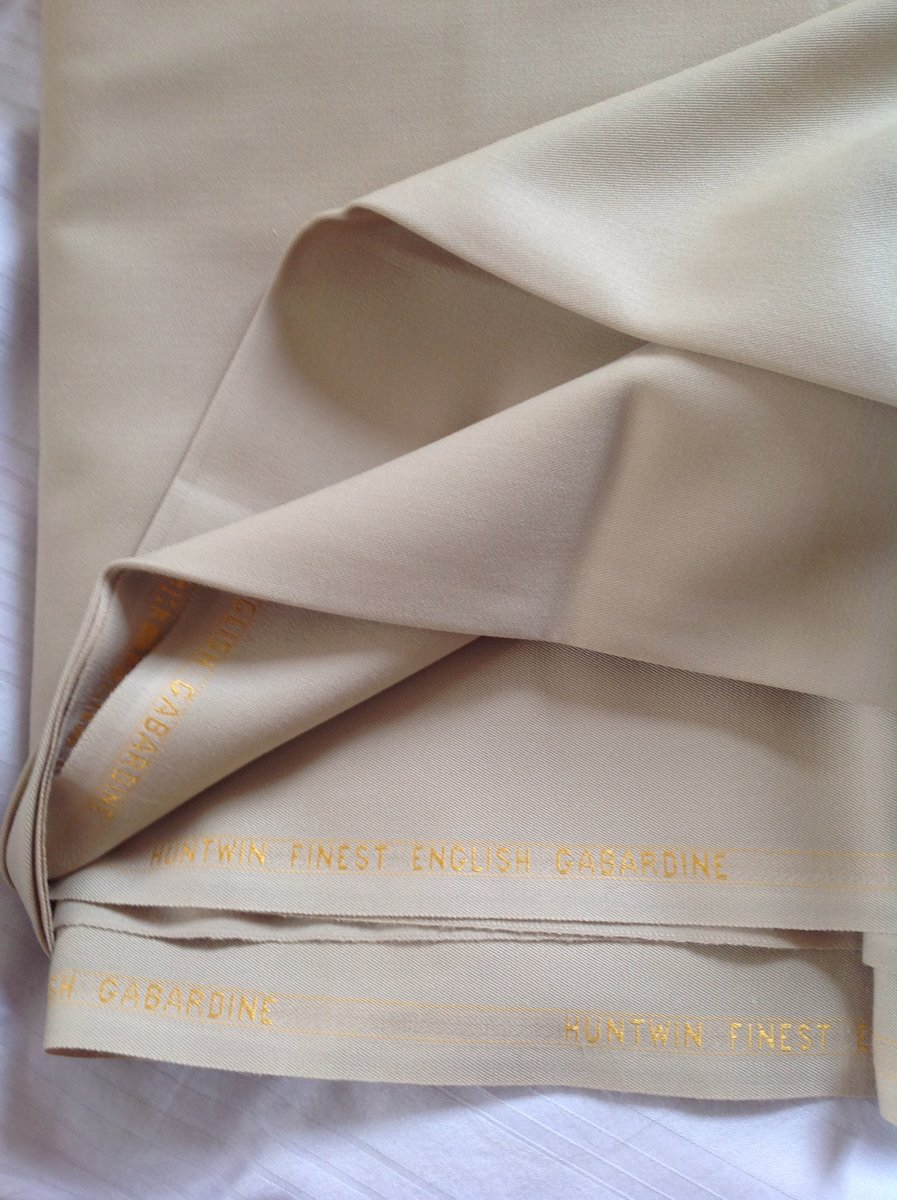 Her Aunties husband died young about forty years ago and from all accounts enjoyed they enjoyed the good life, and from photos I have seen of him a very well dressed gent. I can only imagine that he bought the cloth (of which there is metres of on each roll) to get made up at some point. My missis says that I would have been his best friend if we'd have met, and that I need to get some of it made up into a coat, jackets and trousers, and possibly a suit, which I will eventually do.
Then another thing occurred, we had taken a lot of things to her local Oxfam shop, on our final trip as we were leaving something on a mannequin caught my eye, which you can see below. 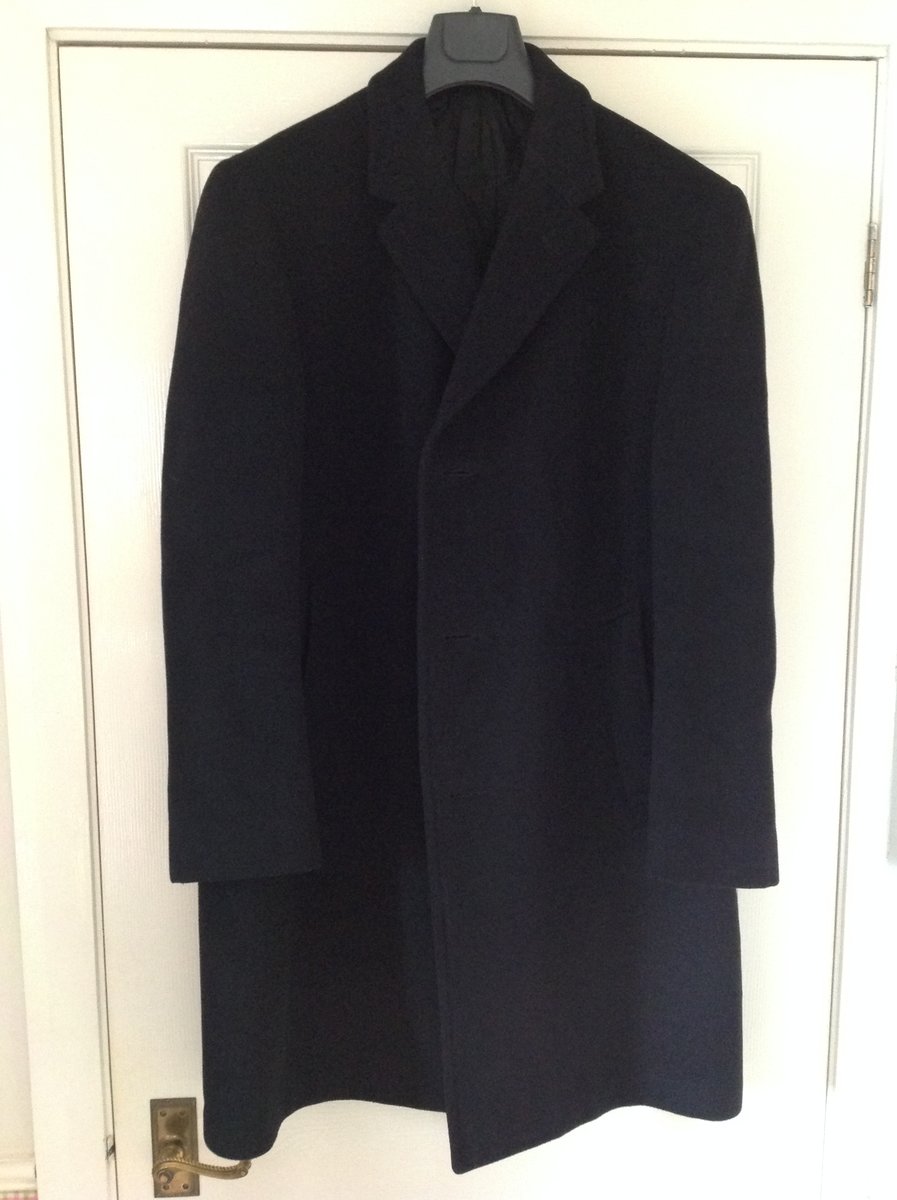 I couldn't believe it when I looked at the label, a DAKS overcoat made from Crombie cloth. It is almost brand new in appearance, with no signs of wear and the tailors label says it is a size 40 Reg, which is my fit. 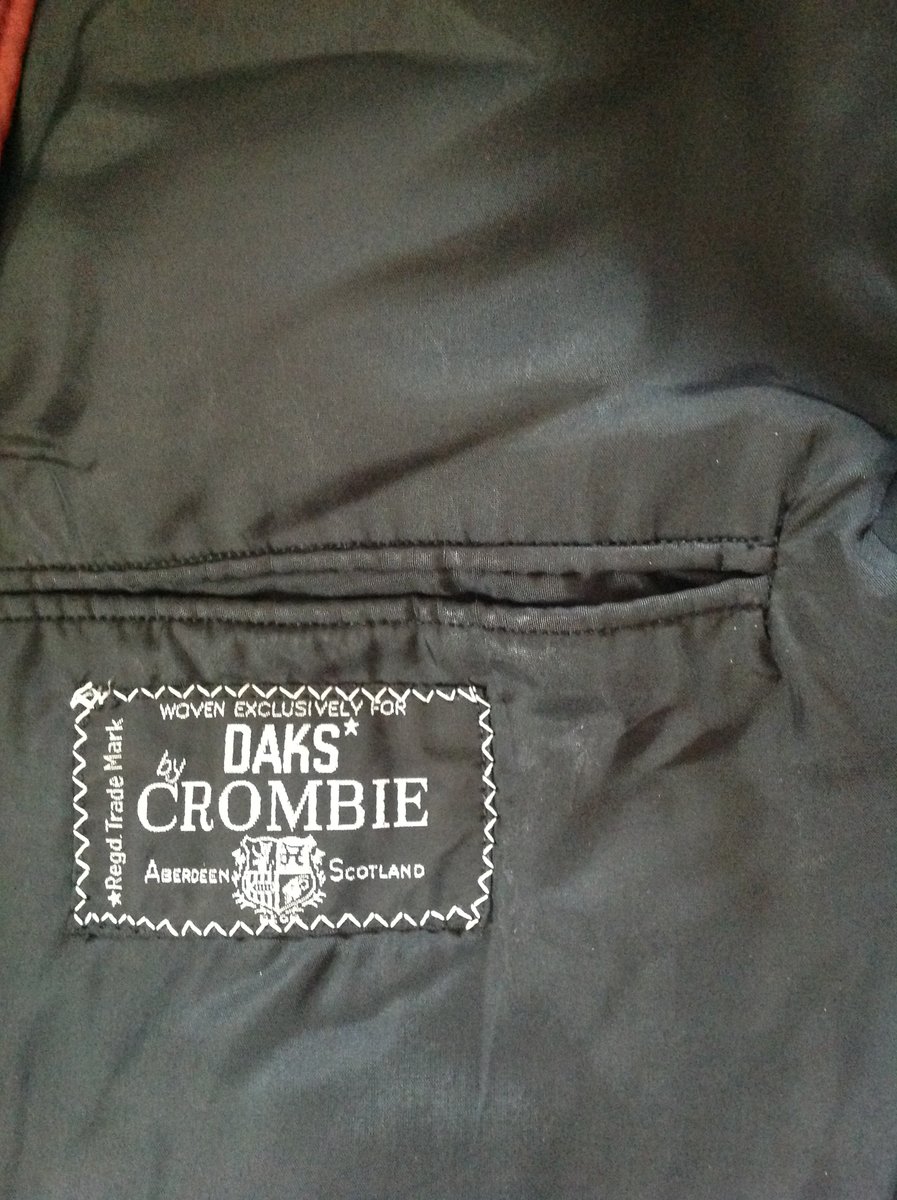 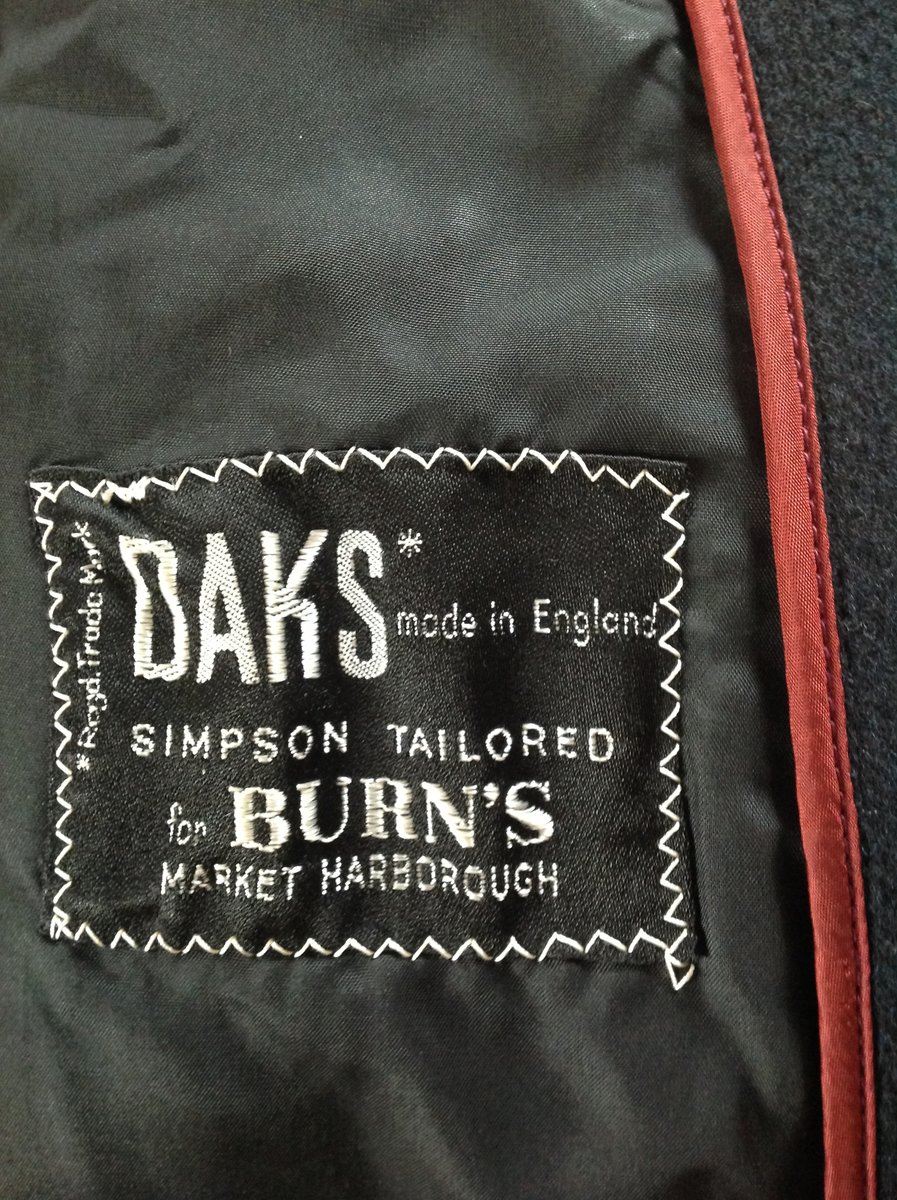 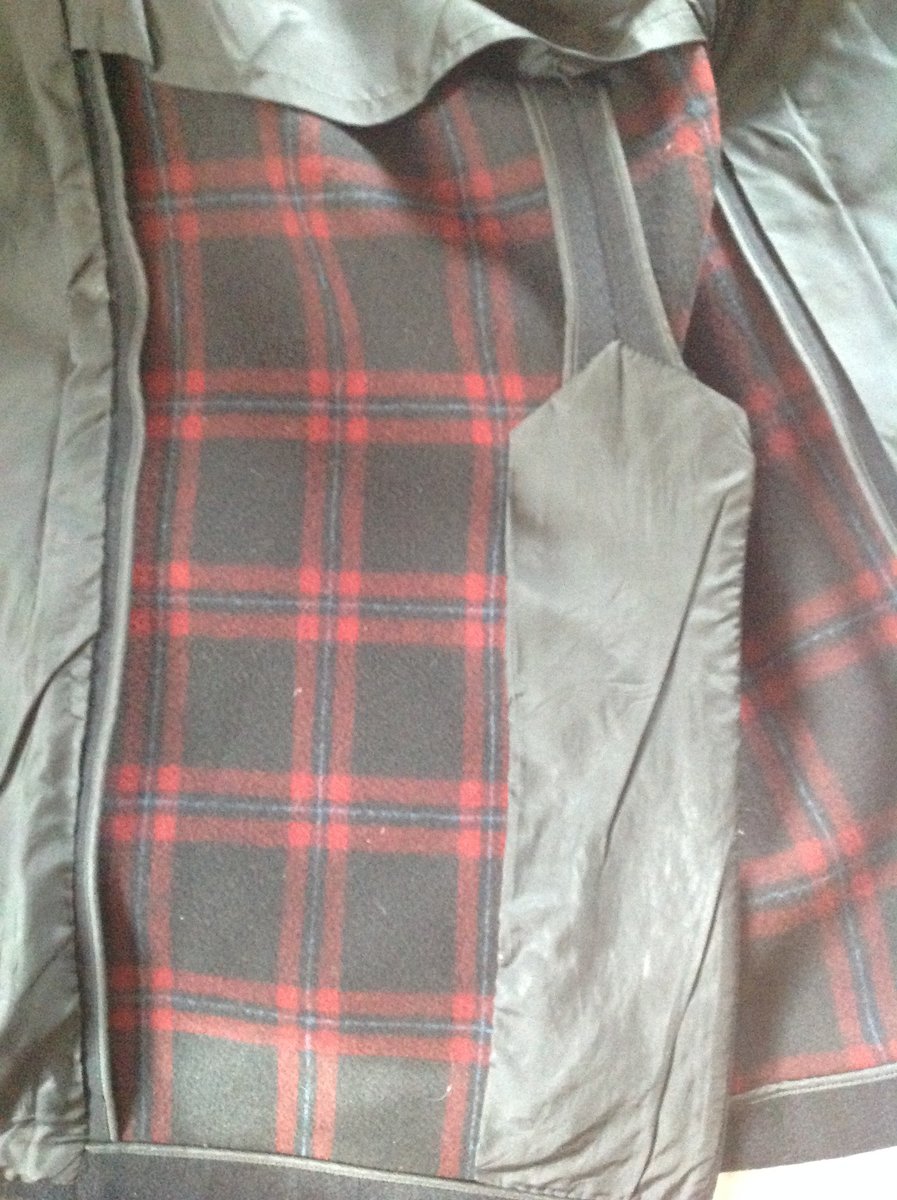 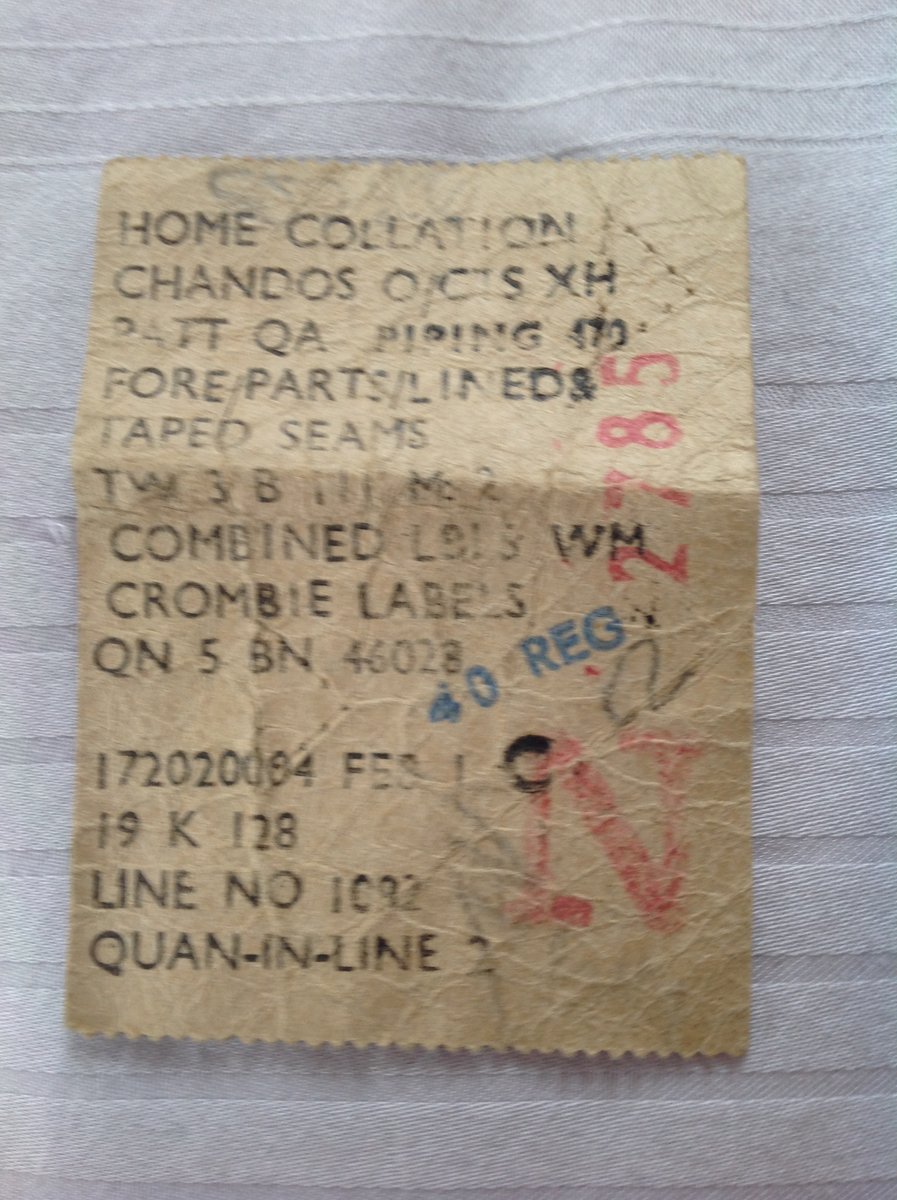 Yorky said:
in which was a large wooden chest, it appeared to have curtaining material in it, when I started to remove the top layers, my heart almost stopped, as I then came across all
Click to expand...

As a young mod I would’ve killed for all that to take the tailors !
Some nice cloth there

Not Flyfronted, no Chest pocket. Looks like the twin brother of the coat @Thin White Duke inherited from his father.
This is a nice find.
Not sure about the cloth though.
You don't make a new suit with an old cloth... i suppose that like all things old it is not very resistant. Would be interesting to have a tailor's opinion.
You must log in or register to reply here.
Share:
Facebook Twitter Reddit Pinterest Tumblr WhatsApp Email Link
New posts