The company is local. Fixed pricing tiers are $5K/$7.5K/$10K. Said most go with the lower two tiers and the middle tier adds a video, better pics, better social media and I forget what else. We went with the $7.5K one as $10K is for more unique properties that need extra media and other Pre-sale items like appraisal and inspection. Pics turned out better than expected which was nice and not over saturated which you see a lot of here.

1-2% isn’t going to break us or keep us out of houses we are looking at. Will say we have had a lot more out of area perspective buyers than I would have guessed. Was thinking maybe 1-2 but it is closer to half.

Not SoCal, but still. Wtf is this shit 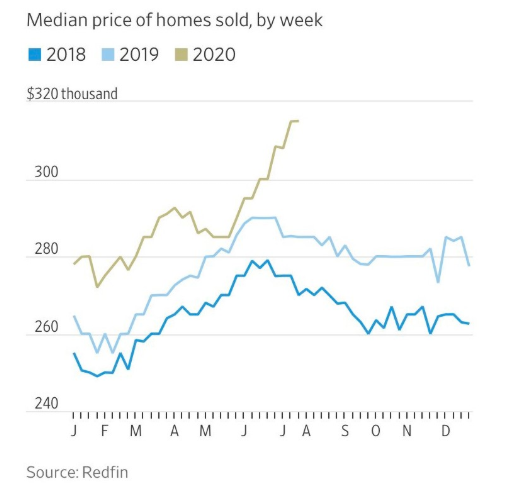 venividivicibj said:
Not SoCal, but still. Wtf is this shit

All the Cali bugout spots have simultaneously gone nuts. Have read essentially the same article about both Tahoe and Santa Barbara in the last week. 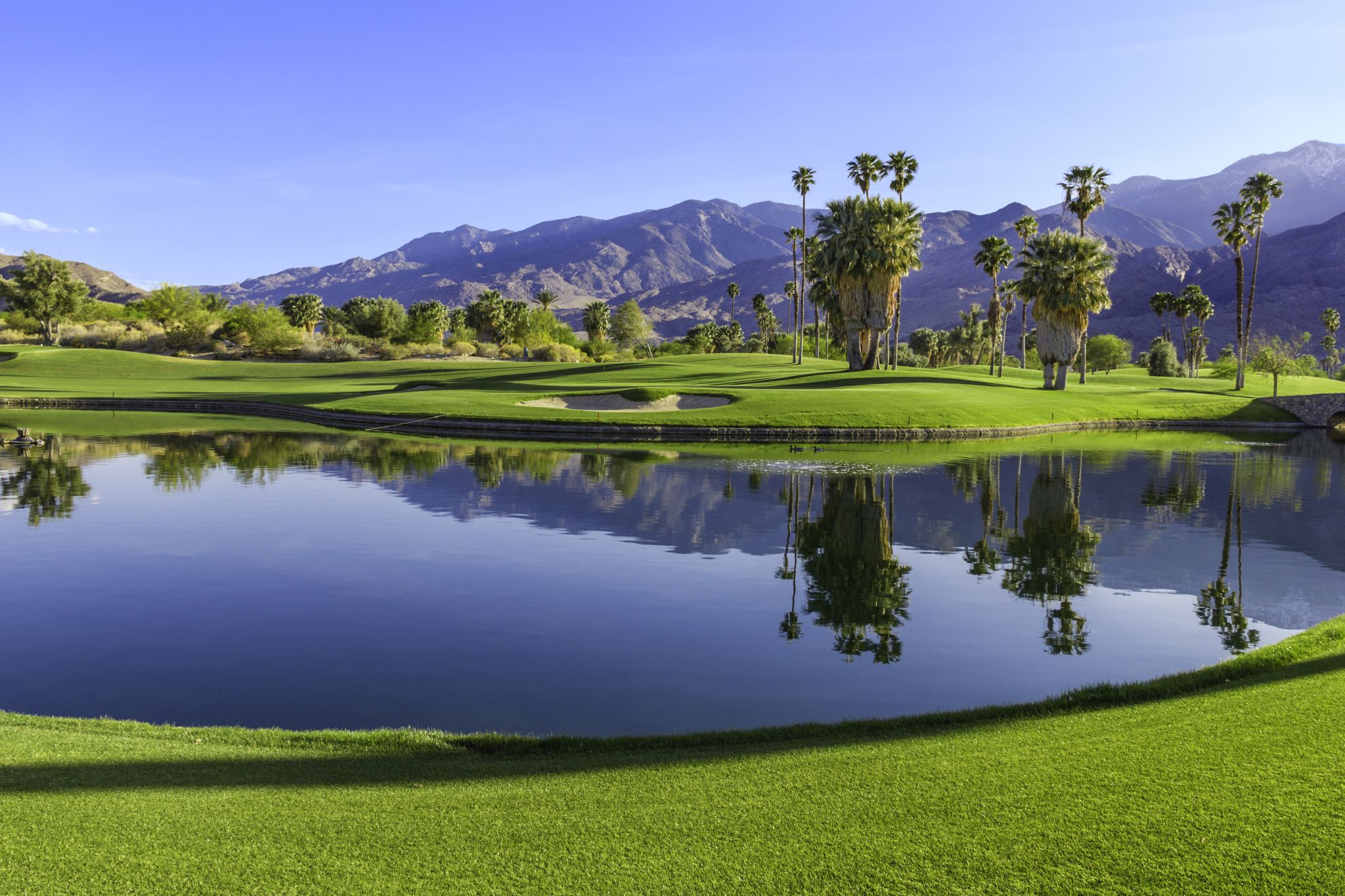 Apartment dwellers want more space. Schools are extending distance learning. Workplaces are lengthening WFH timelines. All this means it's no surprise that another popular getaway destination for the Bay Area is so hot, it can't keep up with the demand for real estate. The Coachella Valley...

www.sfgate.com
Sot and thrall of lust.

"Jfc you should be deported to outerspace." -- Bear
Click to expand...

I live in Washington, D.C., and inventory is down across the metro area. Combine that with record low interest rates, and it makes sense that median housing prices are increasing. 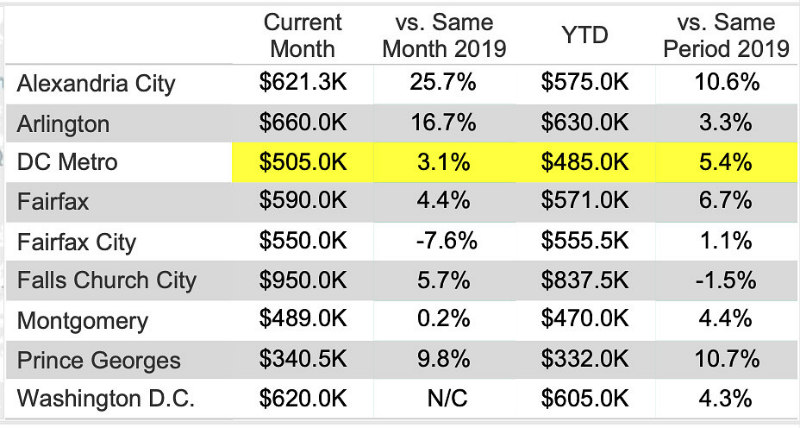 I understand the tightening of inventory in the suburbs, but I was surprised to see that the city itself is also seeing a fairly big drop in inventory. 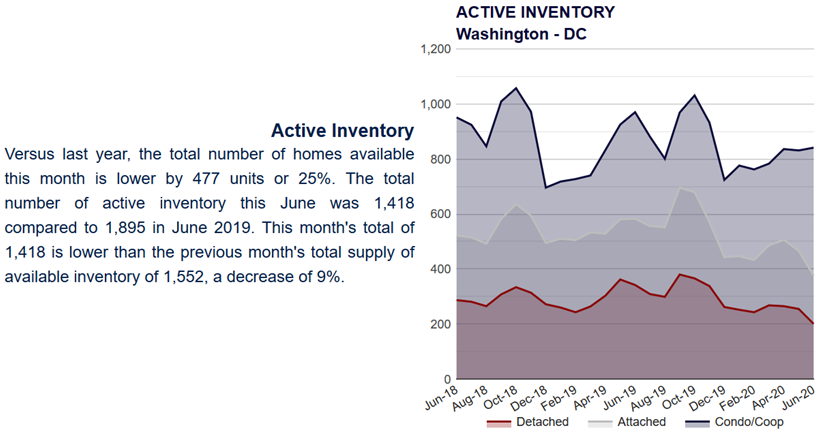 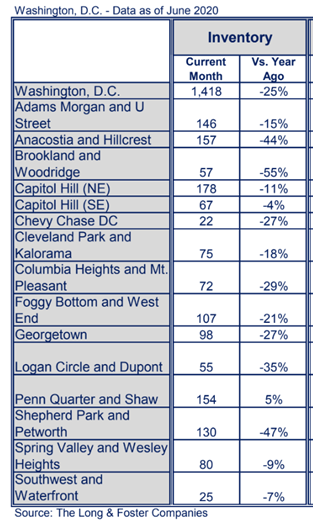 DC metro is never normal though.

Another amusing anecdote---A friend of mine just got a contract on a house. They got three offers for list price the same day it was listed. They only picked hers because she insisted on seeing it first; the other two were sight-unseen. It's so easy to back out of contracts in this state that no sane person would accept a sight-unseen offer. IMO, of course. Me, I would have relisted the house for 10% more. Hah.
J

I am on the market. I have seen some condos that indicate their (high) fees cover taxes. As the listings don't specify, what taxes could this be referring to? Property taxes?

Joffrey said:
I am on the market. I have seen some condos that indicate their (high) fees cover taxes. As the listings don't specify, what taxes could this be referring to? Property taxes?
Click to expand...

Sounds like it, yes. I think I’ve heard of that, a single property tax bill for the building that’s included in your condo fee.

Any taxes for owning a condo are going to be property taxes, by definition. Including them in fees would be weird around here, since people pay different tax rates depending on their circumstances (homestead exemption, though I'm not sure how that works with multi-unit buildings). There might be some other assessments if you rented it out, though, but I doubt the building is going to pay those for you.

I came across a really cool house recently. 6000 sq-ft on 4 acres in a run-down, swampy, commercial part of an overall good suburb with some of the best schools in the state. 15 minutes to the downtown, but all the neighbors are businesses and the only residences nearby are apartments. Not much curb appeal (you can barely see it from the road anyway), but it's 90% trimmed out like a mansion, with a conventional foundation (unusual around here), 10' ceilings throughout, 2" thick mahogany doors, custom wrought iron everywhere, massive hand-hewn, mortised amish beams, recovered stain glass windows and antique fixtures everywhere, etc. The main fireplace and surround are 8 feet wide and 20 feet tall and are actually tasteful. A 1200-sq-ft brick shop behind it. But the people who built it obviously ran out of money because there's $200 home depot bath tubs, no walk-in showers, bargain appliances, etc. The countertops are all tiled. The whole place is dingy, and they were ambitious with the wood floors (like 30' wide in places and no quarter round moulding!) and didn't initially put proper moisture control in the crawl space, so there's 4000+ sq ft of buckled floors. All really easy to fix though. $80k and two years and I'd have it tricked out like it was supposed to be. But Mrs. Turk won't go for it. What's the point of owning a house like that if you're embarrassed to invite people over because of the neighborhood? (I wouldn't be; I'm from Louisiana!) Who would the kids ride the bus with? I don't want to have to deal with working on a house for two years. Etc. I tried to explain to her that living in a stained-glass mansion in the swamp doesn't make you weird, it makes you eccentric. No joy.

I did manage to get her to agree to move up a bit house wise, but the one she wants is twice the price, twice as far from town, the lot's half the size and the house isn't half as nice. And of course it's been freshly remodeled so there's nothing for me to work on. Made an offer on it last night, no word back yet. Fortunately the upper-ish end of the market here isn't crazy like the mid range, and sellers are still negotiating.

We are still on the market though the realtor said there is a couple working on an offer. There has been quite a bit of interest from CA and NY buyers but no bites yet. There is a house we really like where the sellers have put in a contingent offer on a place they want to move to. Based on this potential offer, it would be a weird daisychain of offers which I doubt would fly. Maybe a couple of this weekends showings will turn up something better for us.

The worst part of this experience is the dog thinks we are leaving him or something even though we bring him everywhere with us when there are showings at the house. He just wants to camp out in his few spots around the house in the sunlight and sleep. Poor old guy is 9.

Wife has been drinking a lot of carbonated water, so I bought a home carbonation system: 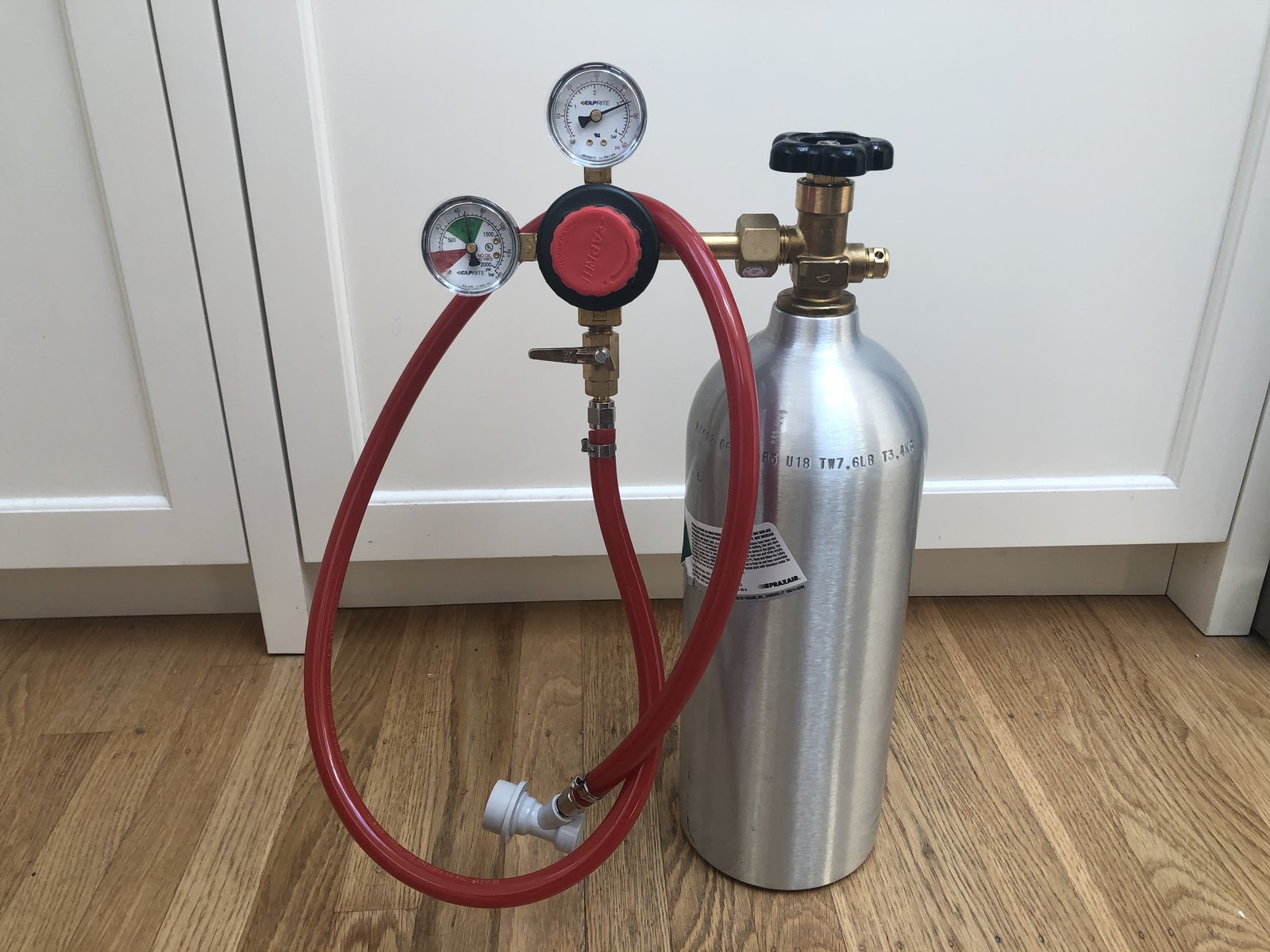