The Cufflink Umbilical Chain - My How To Guide

One menswear item that has its place in history alongside traditional favorites such as the morning coat and cod piece is the cufflink umbilical chain - often referred to as a "bili" by seasoned players. This piece of mens jewelry, made popular in the early 80's by my mentor Jimmy 'John Boy' Sutton, is now rarely seen but always a delight when spotted. While the chain typically remains attached to both cufflinks, it can be detached from one link and twirled in a bout of showmanship. Let's start with an example of the chain itself: 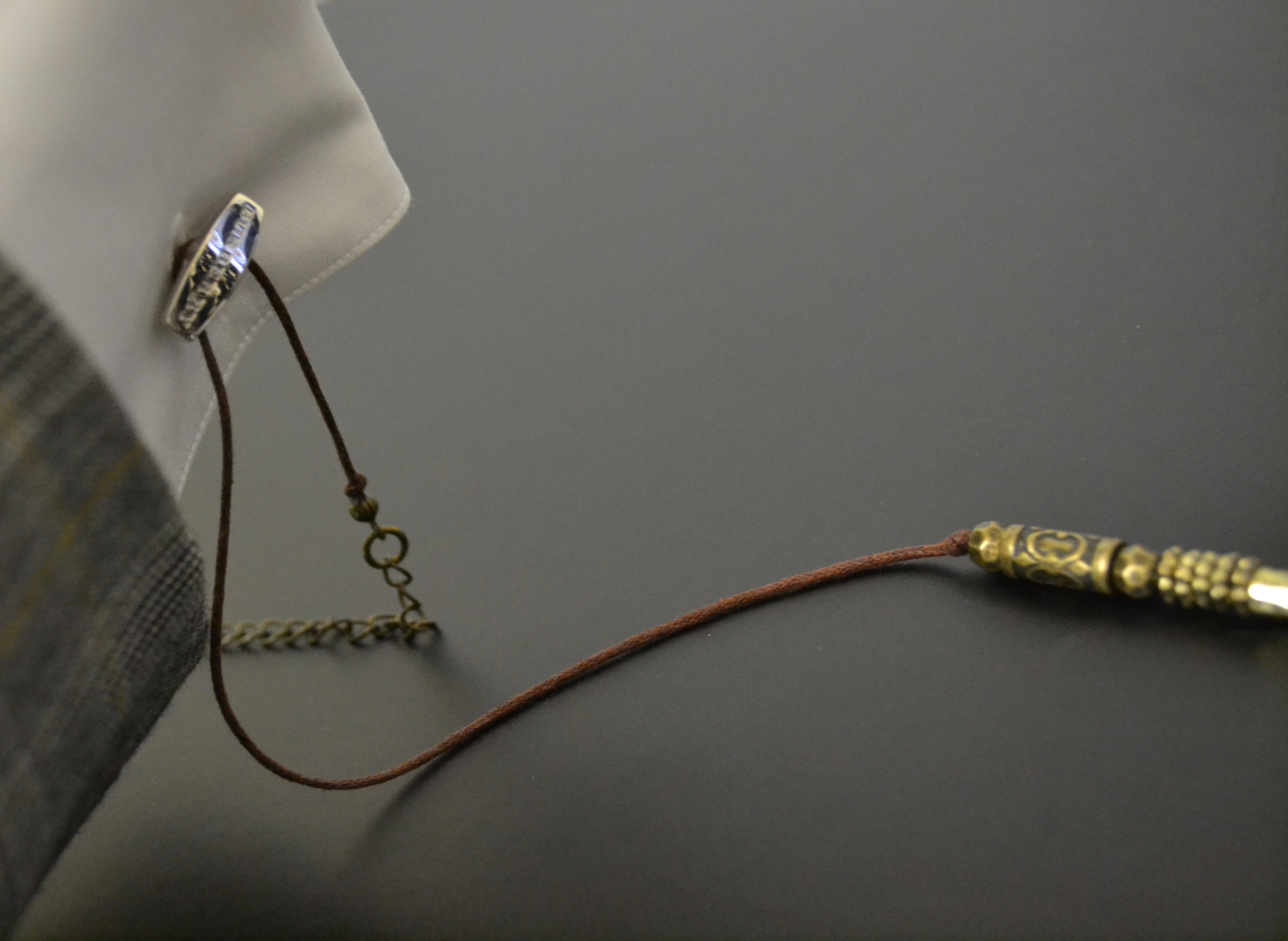 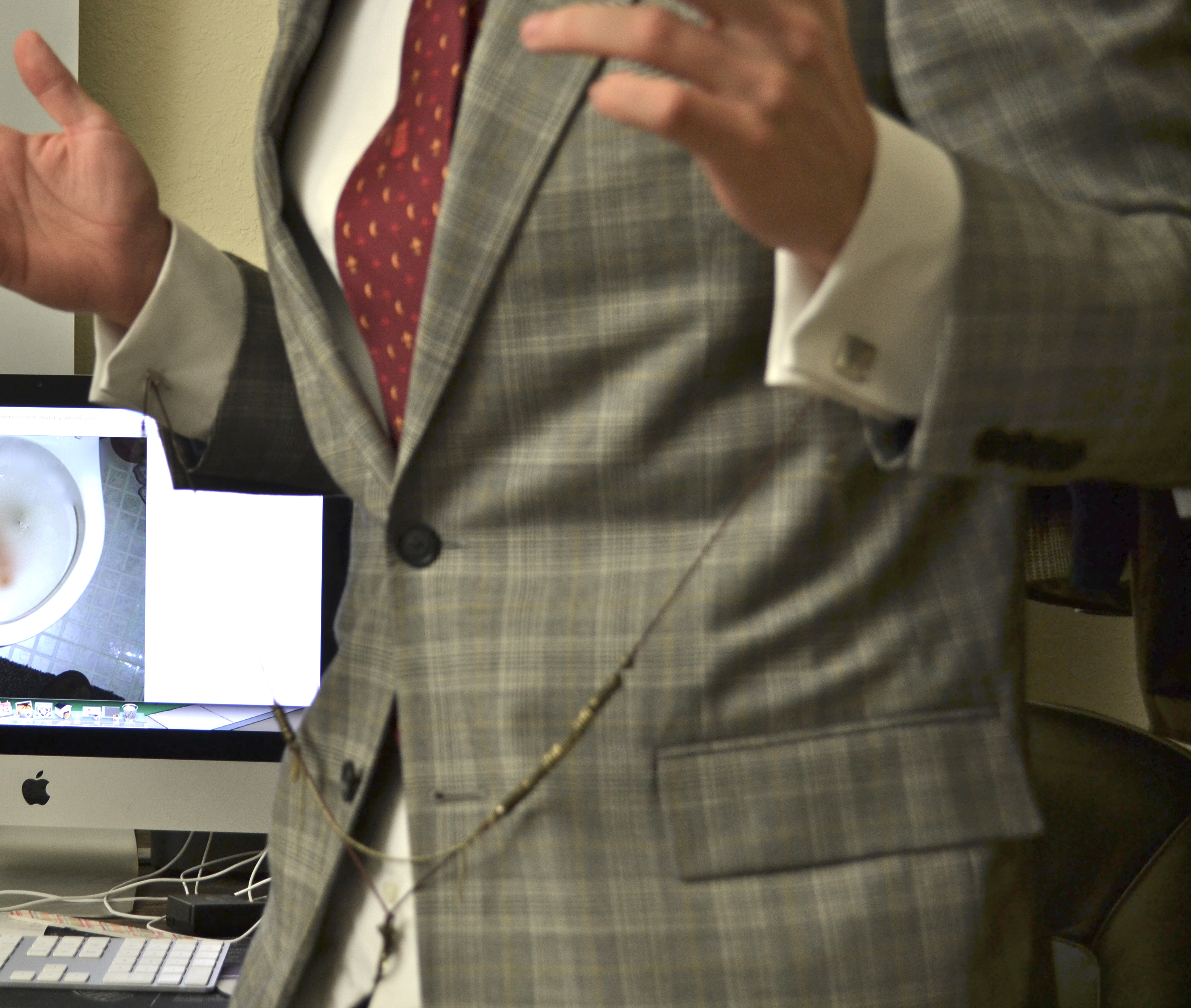 The twirl simply cannot be mentioned without referencing Jimmy Sutton’s famous 1984 duo with Freddy ‘The Cripple’ Gibbons at Danceteria. It is without question the most iconic example of how one should deploy a bili twirl.

Freddy, wielding a pair of surgical shears and gliding along in a wheel chair, was able to clip Sutton’s bili chain as they passed one another near the bar area. Sutton immediately transitioned into a twirl, and was said to have played so well off Gibbon’s clip that the New York Times recently described it in a nostalgic piece on 80s nightlife by saying “such a brilliant duet remained nearly unmatched in the following decades. Not until witnessing Tessa Virtue and Scott Moir’s icy coupling under the C minor cadence of Gustav Mahler’s Symphony No. 5 at the 2010 Winter Olympics had I seen such effortless synergy between two human beings.”

I encourage you to share your chain collection and discuss what place, if any, the bili chain has among today's menswear trends.
Last edited: Jan 14, 2015
My Lifestyle Guides:
Posting Up:
http://www.styleforum.net/t/406535/posting-up-at-the-club-bar-lets-discuss
My take on Sutton's infamous '84 Dancerteria getup:
https://www.styleforum.net/threads/friday-challenge-23rd-january-inspirations.450449/page-4#post-7639765

Note this gentleman's use of a pocket watch chain, which should be discouraged as a compliment to a bili chain. Tangles are likely to occur, and one tends to look garish and overdone by combining the two. Those working in close proximity to heavy machinery or power tools should detach the chain and tuck it safely in a pocket. While cufflinks are not common among today's blue collar, workaday folk, there are parts of the country where men can be found performing manual labor in full dress. 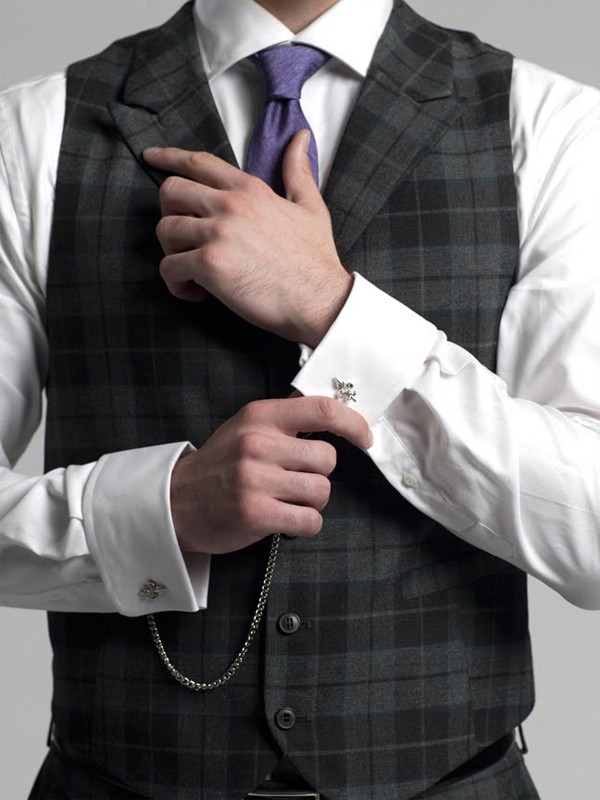