Next time you're in New Orleans, I'll make you any cocktail you like, on me. Now, what you got?

DonRaphael said:
I've been wondering this as well. I've seen a fabric avaliable in the custom suit, jacket and trouser section but not amongst waistcoat fabrics. Do we just email customer service and ask for a price quote?
Click to expand...

Are the buttons on the (1) linen high rise trousers or the (2) fresco VBC trousers made of horn?
Click to expand...

ericgereghty said:
Y’all need to stop lol. Being a bit miffed about a 3 month delay is perfectly reasonable.
Click to expand...

That's all I'm saying. I didn't know I was going to meet the Spier choir LOL

FlyingHorker said:
@spiermackay Is it possible to request pockets like these through MTO? Not sure what to call them, jetted hacking pockets? 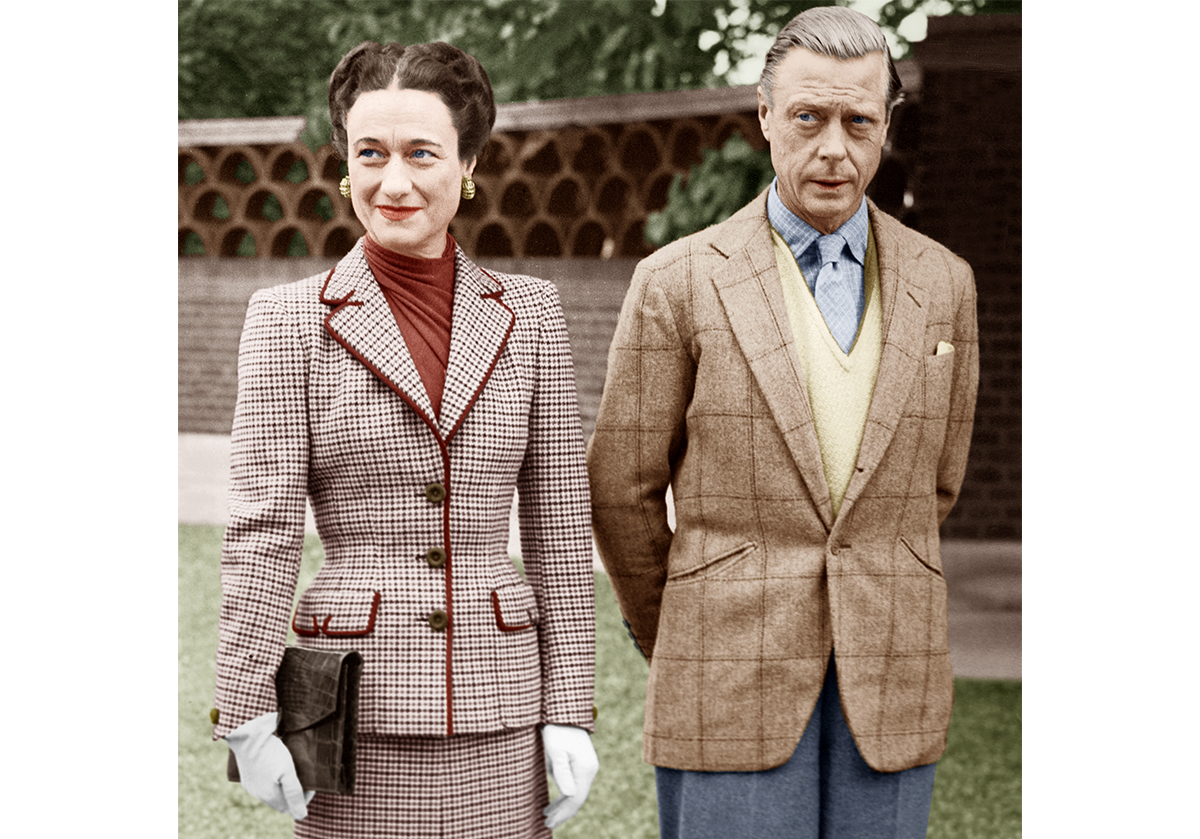 Those have a slight curve to them. A sraight angled jet is possible, as the jet is the same as a hacking pocket without the flap. But this curve, I don't think we can do as the jets are curved as well.
www.spierandmackay.com

Viatu said:
If orders are going to be delayed this long there's no way in hell you can make me think I'm wrong for expecting an explanation.
Click to expand...

To be fair, this isn't an unreasonable expectation.


preid said:
When we choose to shop small, we can't compare the expectations to the likes of Amazon & Target. The tech stack & sheer amount of employees makes it like comparing apples to orangutans
Click to expand...

dangaa said:
Considering there are probably dozens if not hundreds of MTO orders that are in multiple stages of production it would be probably unrealistic to have a specific email drafted pertaining to your production schedule. Would you be satisfied with a blanket email notifying you of a delay with no realistic timeframe provided?
Click to expand...

Yes, but the spectrum from S&M to billion-dollar retailers is quite wide, and there's room for improvement. For example, Beckett Simonon is another DTC company with a MTO model, and I found even pre-COVID they did an excellent job of setting expectations by proactively communicating (over-communicating, even) about delays. During COVID, they were quick to let customers know about a local government shutdown, and explaining their plan both for delayed orders and the livelihoods of their factory workers. I came away impressed and satisfied as a customer. They did this without offering a timeframe for when orders would be delivered, IIRC.


dangaa said:
I'm pretty sure Rick is doing everything he can, including absorbing ridiculous air freight costs as he's already outlined in this thread, to get product delivered.
Click to expand...


Viatu said:
I'd pay the extra money if it means I get my purchases in a timely manner. And, I think a lot of other people would too. I don't think $25/$35 dollars more would make Spier customers not buy products from them.
Click to expand...

I dunno ... earlier in this thread someone was asking about a $5 increase in the price of linen shirts from last season.


preid said:
100% agree a heads up would be nice. But you could also reach out and I'd be willing to bet they'd have gladly given you an update if they had access to some info different than what you're seeing.
Click to expand...

7_rocket said:
Have you emailed customer service?
Click to expand...

This. I have a fairly high tolerance for delays when it comes to MTO from small retailers (I had an order in with ToJ during their legendary collapse back in 2014), so I just roll with it and reach out when I think it's appropriate.

For S&M, I had a MTO suit order much earlier in the pandemic. I reached out a week or two after the normal delivery window passed, and Haris was quick to get back to me with what he knew. Good enough for me.

Viatu's gripes are fair, but he hasn't answered the question about emailing customer service yet.

FWIW, this weekend I received a MTO sport coat I ordered on March 20. I find that remarkably fast and very impressive. Overall, I'm pleased as a customer, especially in light of everything else they've delivered on in the past year and a half.

F. Corbera said:
What if the pants don't fit thisfits?
Click to expand...

FlyingHorker said:
Yearly interest check on if anyone else wants an English Drape cut in MTO?

To my eyes, it occupies a nice middle ground from current Neopolitan tailoring and a structured British cut. 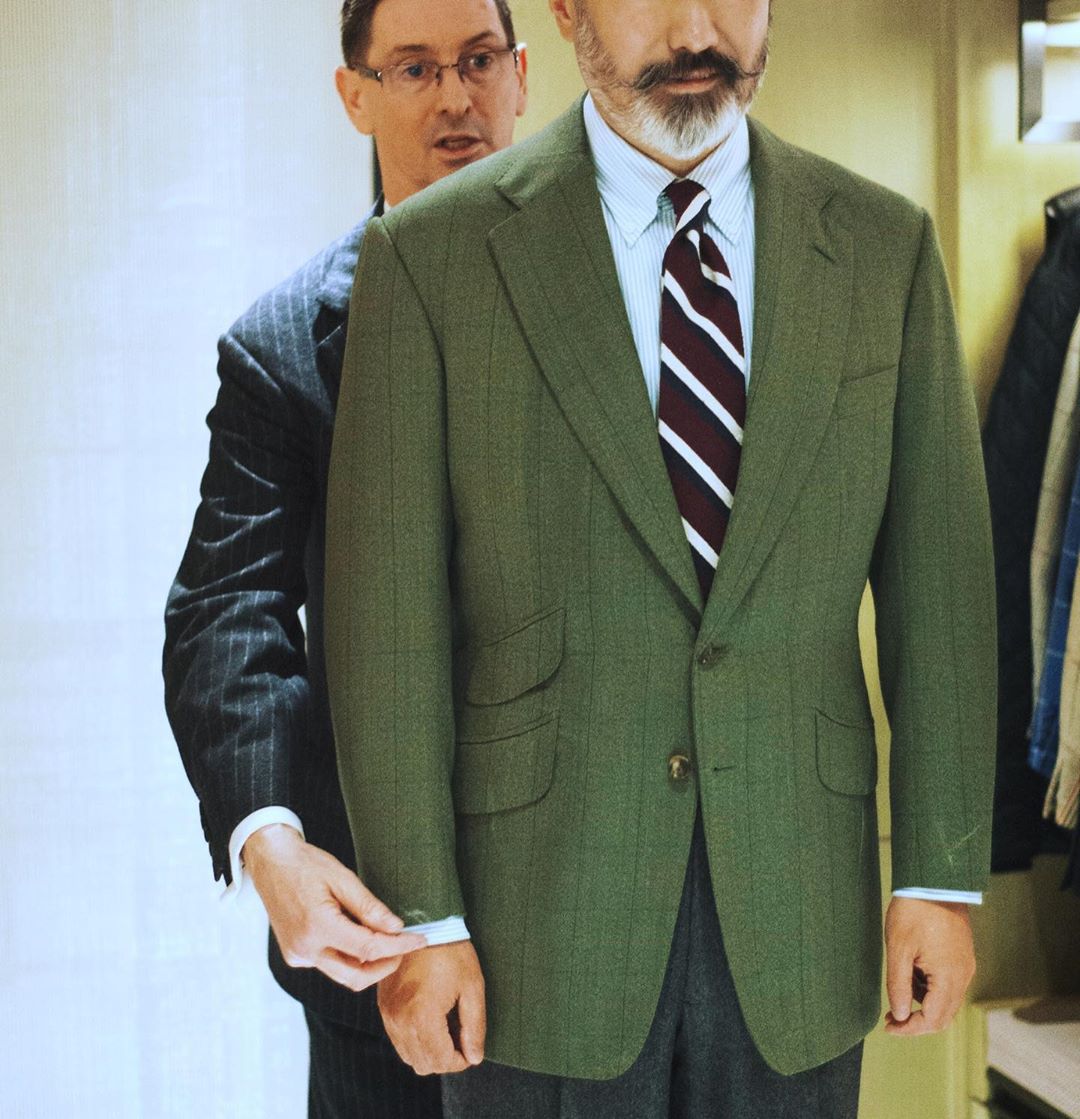 I've never been a fan of too much chest drape. It looks like the jacket is too big and creates that odd fold of fabric.
www.spierandmackay.com

reidrothchild said:
Seconding advice to size up on the sweatshirts. I'm between L and XL in most brands, and the XL SM hoodie fits me more like a Medium in other brands. It is very slim.
Click to expand...

Very confusing as a manufacturer. There doesn't seem to be any real consensus. Some say too small. Some say too big. Some say just right. Who would have thought fit is subjective? lol.
www.spierandmackay.com

SteveMc said:
Anyone get the white chambray either the popover or BD? How heavy is this weave? do you think it's suitable for a hot summer?

Up close they look kinda heavy. I'm talking about this one:
View attachment 1603837
Click to expand...

Yes a bit heavy. Open weave and do breathe, but these showed up much later than they were supposed to. Great casual shirts. I've been test driving one for a few months and really like how casual it is. Think of it as a VERY casual OCBD.
www.spierandmackay.com

thisfits said:
Question for @spiermackay and the thread: any interest in Spier & Mackay knitted t-shirts?

I was inspired to pick one up from Uniqlo last year after seeing this thread's own @pickergc wear it with a S&M jacket, and I was surprised at how much I liked it. Along with a similar short-sleeve sweatshirt from Todd Snyder, it kinda became a goto pandemic WFH piece for me, layered under a chunky cardigan.

100% Cotton version would be under $50. Can also do it in cotton/cashmere or cotton/silk....
www.spierandmackay.com

SmoothLefty said:
Curious, does the search function in MTO shirt fabrics every work for others? It's never worked for me. Type in my query and hit enter (or click the magnifying glass) and nada.

Also, does anyone know the difference between chambray twill and "normal" chambray?
Click to expand...

Chambray twill is a twill weave. Normal chambray is a plain weave.
www.spierandmackay.com

K. Nights said:
Sorry if this has been asked already, but is it possible to customize the overshirts?
Click to expand...

cotton/silk knit t-shirts would be so good. like a more affordable colhays or armoury

composite said:
Hi. For the recent oxford button down shirts (cooper collar shirts), should I expect any shrinkage in the sleeves, length or anywhere else? If so, how much?
Click to expand...

dench127 said:
My UPS tracking is telling me that I owe duties on a package to the US from SM. The value of the package is around 600. Is this normal?
Click to expand...

Not normal. Should be clear up to $800
www.spierandmackay.com