acapaca said:
Yes, they look to me like a sort of sneaker. But it's not clear. What do you think? Bowling shoes, maybe?
Click to expand...

I dont know. When everything is snark it's hard to parse what point is trying to be made sometimes.

I think its an ugly shoe? I think people might think the pic looks ok .... probably because it's b+w.

What's the point you're trying to make with the picture?

I offered it as a potential vote in favor of sneakers with tailoring. Or against, if that's how you feel. I'm ambivalent about it myself. If it were me, I'd choose loafers. Maybe it works for him, though. I think I found it on that Tumblr for Impossibly Cool.
J

TheChihuahua said:
The templeton thread is hilarious to read back:

1. Dieworkwear’s split toe derby fetish dates back many years
2. Dieworkwear used to be appreciate more progressive oxfords and loafers that he would now call “clown shoes”

dieworkwear said:
Did I ever say that people shouldn't disagree with me? In the very beginning, I engaged with you politely and in earnest, and then over time, you got more acrimonious.

I'm saying that, if your entire post history is about me for many months -- for some people, now stretching closer to a year -- maybe break it up. Drop a note somewhere about something else every once in a while so you don't seem insane.

I "quietly stopped responding" because I just moved on, while you kept going on and on and on and on. This is proof that such behavior goes on despite me not responding for months.
Click to expand...

Let's be honest, guy: you may be earnest, but you're rarely polite.

I have never seen a thread where you don't personally attack people who disagree with you, or drag in stuff from other threads as a straw man, etc. You like to win debates, so you resort to underhanded, irrational tactics to do so. The people in this thread are not the first who have noticed or called you out on it.

I don't doubt your sincerity. But be honest: you're not in anyway a paragon of civility. You're like an informed version of a 2010 /b/ poster.

You've got a formidable arsenal of knowledge and some strong opinions, though, and I can appreciate that.

Luxire made me some green sneakers that were based on some black bowling shoes that I thrifted long ago: 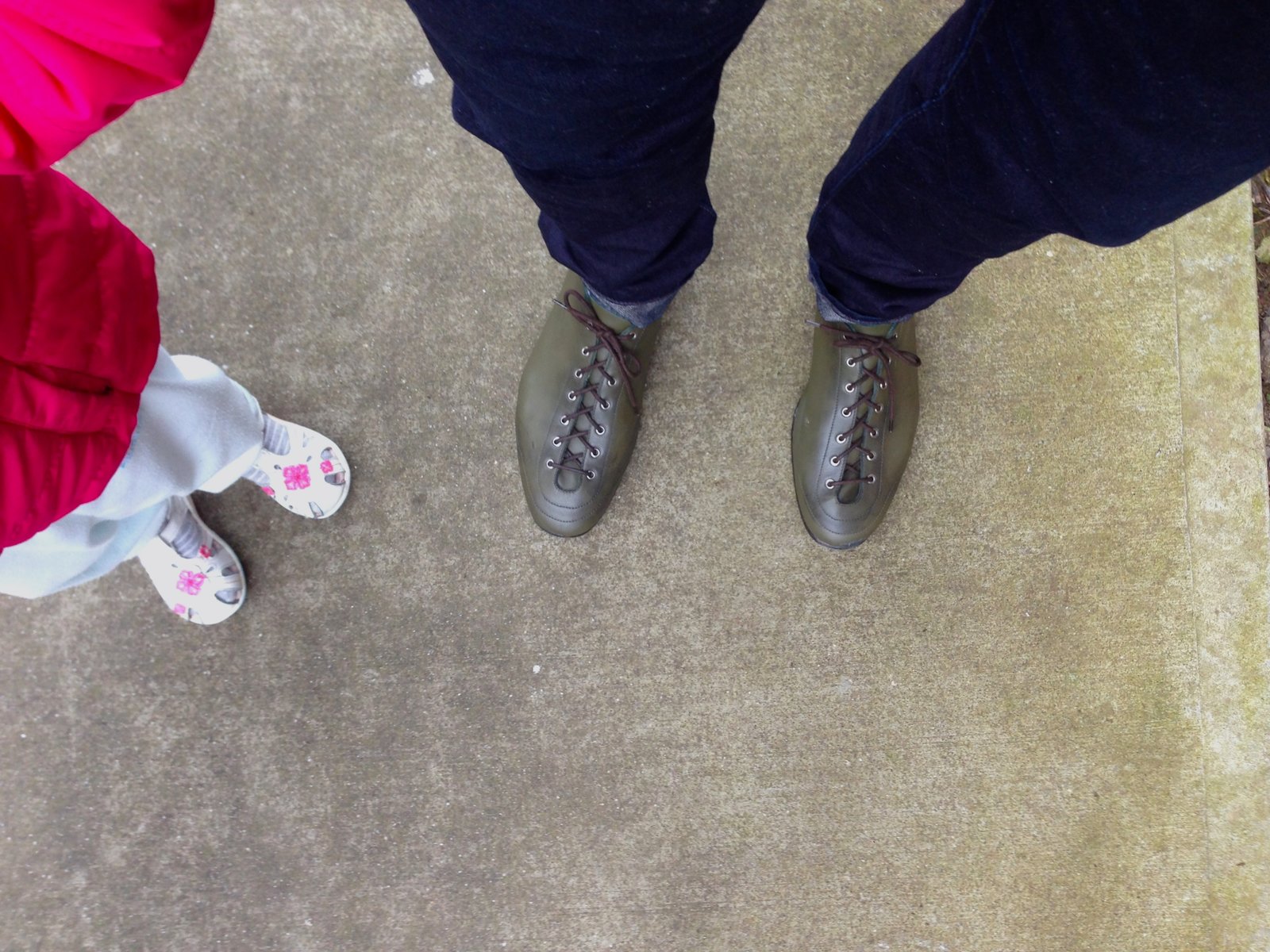 As our island of knowledge grows, so does the shore of our ignorance. – John Wheeler, physicist

emptym said:
Luxire made me some green sneakers that were based on some black bowling shoes that I thrifted long ago:
View attachment 1675620
Click to expand...

I like those as well. Casual but also somehow classic.
Try to be interested, not interesting.
R

There is not a stylish pair in that lot. Too effeminate for my taste.
M

emptym said:
Luxire made me some green sneakers that were based on some black bowling shoes that I thrifted long ago:
View attachment 1675620
Click to expand...

Oh boy, now i have to take back everything i said about @dieworkwear.
He was right - there are truly some hideous shoes on this board.

dieworkwear said:
Valuing tradition is not the same as thinking that only traditional looks are worthwhile. You can understand how to work within a framework while also appreciating other aesthetics. Just as you can listen to multiple genres of music, or appreciate different forms of art.

Having catholic taste also doesn't mean you have to be a relativist. You can also say certain things are ugly. I think a lot of this "modern classic" stuff is ugly. The very tight and trim suit jackets, the unusual shoes, and the guys wearing charcoal chinos with navy polos and tan oxford shoes. The combinations are totally unmoored.

The strange thing is, I'm often arguing with people who claim to be traditionalists. These are the same people who say that modernity is bad and that people around them are dressed poorly. They often say that people should dress more classically. Yet, they themselves are not classically dressed.
Click to expand...

Why even argue the point?

State your opinion and leave it at that, you would earn far more respect from your peers (if you even consider them that)

Having a personal dig at people over their taste in shoes or the assumed age of their sexual partner's is not really a gentlemanly way to carry on!!!

Besides which you run a style blog and your not doing yourself any favours attracting any sponsorship or other potential streams of revenue by alienating your audience!!!

You seem like a relatively bright mature individual In other respects, I just don't get it???

I really despise those bloody Belgian Leopardskin slippers, they truly are horrendous and do your argument no favours whatsoever IMHO, I'm going to have a stiff drink and then poke my eyes out with a stick. Please don't buy any they suck

Neither sneakers nor tailoring. But who knows what this thread is about anymore? 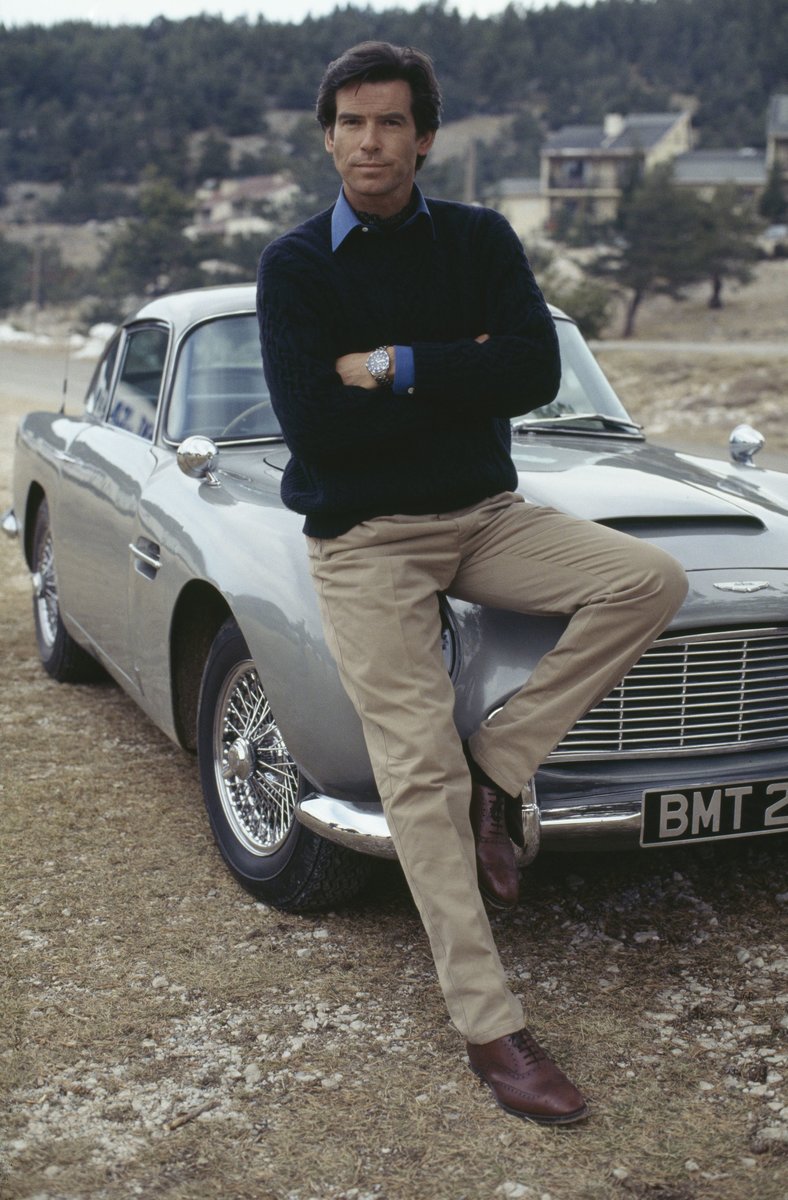 Was it in the 80s or 90s pants started to look this bad? All wrinkly and “jeansy”. Somehow I don’t recollect things looking like this in photos from earlier times. Must be the cut I guess. Or my memory.
Last edited: Sep 26, 2021
Try to be interested, not interesting.
J

Hellbent said:
Neither sneakers nor tailoring. But who knows what this thread is about anymore?
View attachment 1675743
Was it in the 80s or 90s pants started to look this bad? All wrinkly and “jeansy”. Somehow I don’t recollect things looking like this in photos from earlier times. Must be the cut I guess. Or my memory.
Click to expand...

Aston Martin DB5, that's probably the most stylish thing in this whole thread