WBaker said:
Heads up the cotton dot shirts have a cotton that doesn't breathe well. Somewhat disappointing considering it's a spring peice. I was out in cold weather and had sweat running down my face after 10 minutes of wear. Never run into anything like that before...
Click to expand...

The shirt works much better with a thin layer underneath so I'll keep messing with it. Still never run into such an odd effect when it's against my skin!

Pattern is awesome, I missed this in product shots but circles are all slightly irregular as if hand painted. Construction is totally solid and I'd have no idea production changed if I hadn't been told. 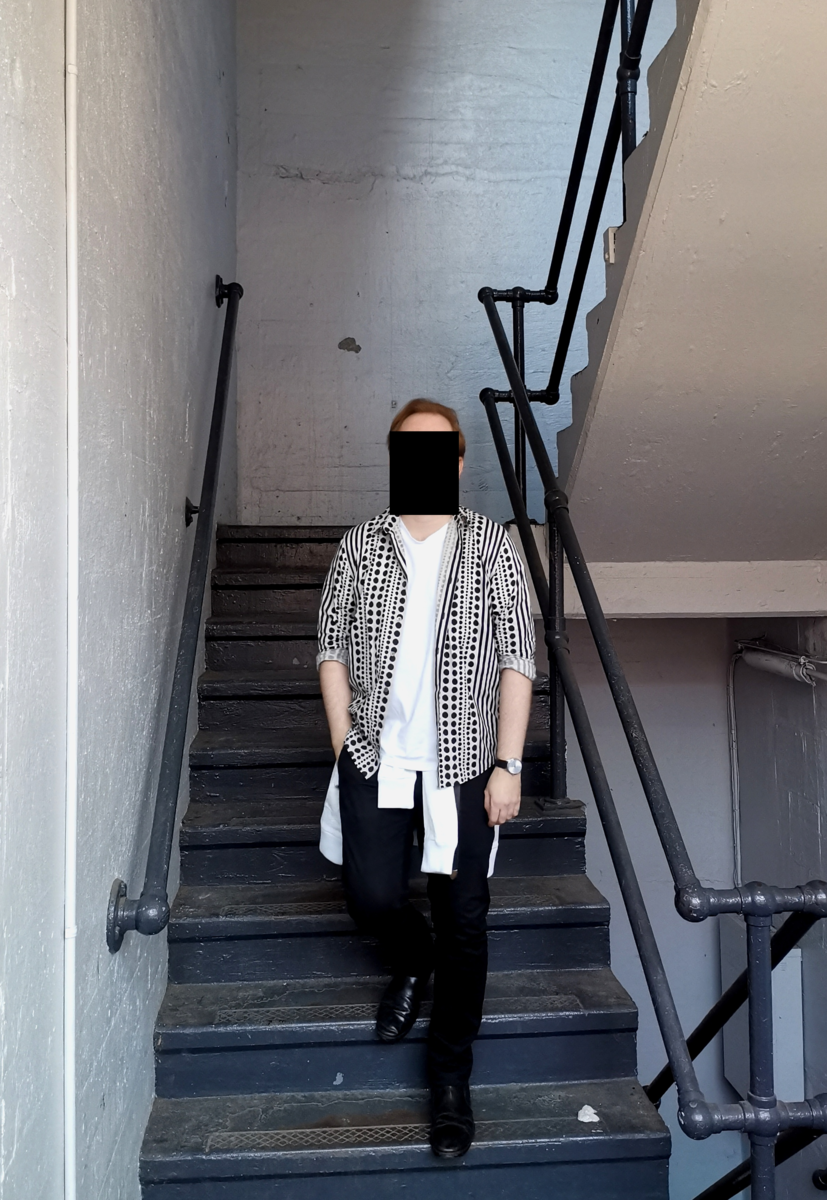 The shirt works much better with a thin layer underneath so I'll keep messing with it. Still never run into such an odd effect when it's against my skin!

Pattern is awesome, I missed this in product shots but circles are all slightly irregular as if hand painted. Construction is totally solid and I'd have no idea production changed if I hadn't been told.

these should be the same fabric right? It looks the same on my screen but one is labeled brown and other black.

They seem to match in the product shot, I would email ssense and ask them to double check if they made a color name mistake.

these should be the same fabric right? It looks the same on my screen but one is labeled brown and other black.
Click to expand...

I have these in the 'begula' colour (brown?) And they look an awful lot like those pictured on ssense - I wonder if they truly are black?
Instagram
​ 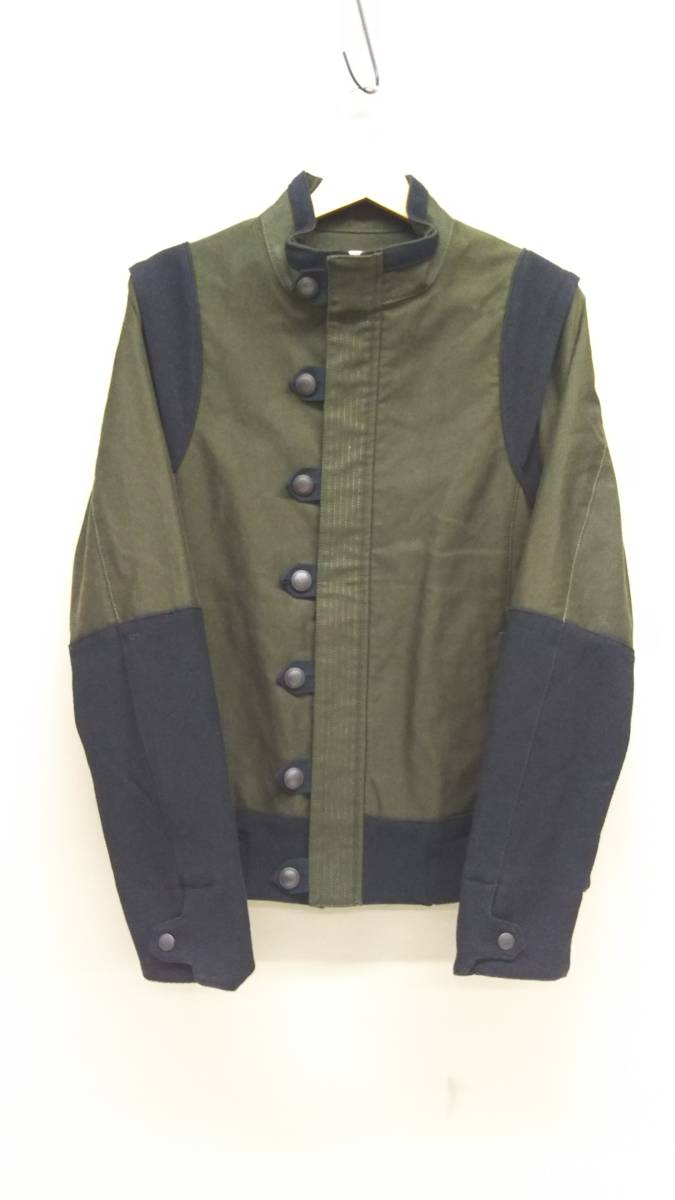 Last purchase for a while, green FW08 Himalaya jacket. Guess this is a sample because I've never seen the green colorway anywhere, didn't even know it existed in green. Had this is black, sold because I'm generally avoiding that color, and the quality was incredibly high.

WBaker said:
View attachment 1359790
Last purchase for a while, green FW08 Himalaya jacket. Guess this is a sample because I've never seen the green colorway anywhere, didn't even know it existed in green. Had this is black, sold because I'm generally avoiding that color, and the quality was incredibly high.
Click to expand...

Was this the one on YJP?


hennree said:
Aha, not good. When was that?

Wearing Geller around the house in isolation Hope you guys are all good.
Click to expand...

This was back right before the first lulu collab came out. A few weeks later I saw the new season on their site
Insta​

all the lulu collab shit is on sale at their site for some decent discounts. picked up the pants myself

Anyone have any suggestions on travel pants sizing? Large jacket fit me perfect in store but didn't get to try the pants. Usually between a 34 and 36 in most things.
Ebay Grailed

WBaker said:
I feel like this thread is long overdue for a come back, and very relevent thematically given what's going on in the world. Take some time to inventory and appreciate what you have, don't live for the next big purchase.

Here are some of the oldest things in my wardrobe that I've gotten the most use from. Doing this made me realize just how much they'd fallen into my day to day background and how deserving they were of some conscious appreciation.

View attachment 1360579
I've talked about how much I love this piece several times over the last few years, so much so that this is my second one. My first one I had worn so many times even deep cleans couldn't save it. There's something satisfying about reaching the end of a garments usable life without it being caused prematurely by damage, stains, or loss. I've slept in these countless times, worn them on dozens of flights spanning Europe, Japan, and criss-crossing the US. Key elements for travel are the two button total (hardware sucks when traveling because at some point you will sit on/against them or get them caught up on something) plus the wrinkle proof material. 85% acrylic makes for a silky and comfy hand, key for wearing with short sleeve tops. The open weave means this hits the perfect warmth for wearing in air conditioning, or balling up in a bag incase the evening cools down. I'd probably pick up a third.

Robert Geller - Spring 2013 Pajama Shirt
View attachment 1360582
If you've seen one of my fits, odds are this was in the mix. The PJ shirt is oh so versatile, it's gone from being paired with terry house robes to a suit, I've worn it to bed and on stage. Silky 100% tencel, another travel staple, mended at the tailors four or five times over the years. This is a sample peice differing from production in that it has chest pockets, so far as I know I have the only one. I get a kick out of knowing I'll never run into someone wearing exactly the same thing.

View attachment 1360593
On paper a belted one button linen jacket might not seem like the most versatile, but this thing makes me feel so cool I make it work whenever possible. I haven't been drinking for about a year, but a drunken incident involving showing off and some monkey bars resulted in a torn armpit. Once upon a time Geller used to include a small fabric swatch with the outwear so patches could be done down the road. I took this to Self Edge in LA and gave them my swatch, never have to worry about repairs with self edge as the stuff always comes back looking better than new. Thanks @kiya, it's great having a place that not only fixes your favorite garments, but takes the time to make choices that means they come out looking like the main character's garment in a feature film. That's the closest comparison I can think of, the patch Self Edge put on my Geller flight pants makes them look straight out of a Sci Fi blockbuster in the best sort of way.

View attachment 1360598
◈​
Curious to hear about the garments of the past couple years that other posters would never part with! I wanna see patches, sunfaded fabric, and one of kind garments, stuff I can't just go out and buy.
Click to expand...

xpost from the contentedness thread I posted some of the Geller pieces that have been in my wardrobe the longest and seen the most wear.

It would be cool to hear about and see other folks Geller garments that have been worn into the ground, are one of a kind samples, or have some sentimental importance. Cheers
Last edited: Mar 24, 2020

melonadejello said:
I just found the SSense 20% off email, grabbed the 3 pocket jacket they copied over from GVA

If any body else is looking at getting this jacket, round up on sizing, don't let the measurements fool you. If you're gonna base it on anything, let it be length.

Selling my SS16 Geller pants through LuxeSwap. They're super comfy, lined to the knee, really fun texture that always seems to be comfortable in a broad range of temps. Just never really fit into my wardrobe, sadly.