not sure if I really want to let these go…
material is the thicker and softer fabric used in older Geller jeans, as opposed to the newer, thinner and rougher material.
color goes from muted purple at the top block to taupe at the legs.
features a back buckle.

there is a very tiny smudge (size of 1/4 of a dime, perhaps) on the right back pocket that's barely noticeable because it blends in with the color of the jeans.
professionally hemmed.
apart from that, no tears, etc.


note: eBay member lakeshow007 purchased these from me, and then requested a refund. However, he returned these to me with horrible orange/brown/green stains. Since then, I've had most of the stains removed, but there are still a few tiny spots of orange remaining (please see the last three photos). They're not very noticeable since they're fairly small and almost blend in with the color of the jeans, but I thought I should still point this out.

Man, that's fucked up. Can't believe some people would return after they damaged the item, I hope you didn't give that guy a full refund. Shady as fuck.

flyindarkness said:
Man, that's fucked up. Can't believe some people would return after they damaged the item, I hope you didn't give that guy a full refund. Shady as fuck.
Click to expand...

Yea, he totally fucked me over. I value transparency, so I'm just going to post the whole story publicly:

I sold him 2 pairs of jeans, and he claimed that they were for his son, but that they didn't fit his son. I normally don't take refunds, but he asked for 80% refund to compensate for going through with the hassle. When I got the jeans back, one pair was in the same condition that I had shipped it to him, so I refunded the full 80% for that pair. But this dip-dye pair was stained with some unknown material (see photos), which really pissed me off because I was hoping to just go through with a smooth refund process. So I messaged him asking what's up, and he denied anyone having even touched the jeans, which just doesn't even make sense, considering the fact that the reason he stated for wanting a refund is because the jeans didn't fit his son. Anyway, I told him I'd give him a 30% refund since I didn't know whether the stains would wash out or not. He lost his temper and started accusing me of having fabricated this whole story to cheat him out of his money, and then threatened to contact his credit card company. I told him to go ahead because I was just tired of dealing with this guy, and I have electronic proof of all of our messages and photos. Then he backed down and asked for 60% refund, to which I said I'm gonna stand by 30%. Then he asked for 50%, and I said 40%. Finally, he was like, "Look its Chinese New Year lets meet @ 45% and call it a day." His reasoning obviously has no logical relevance to the issue at hand, but I was tired of the whole ordeal, so I agreed and refunded him 45% of the amount he paid for the dip-dye jeans. 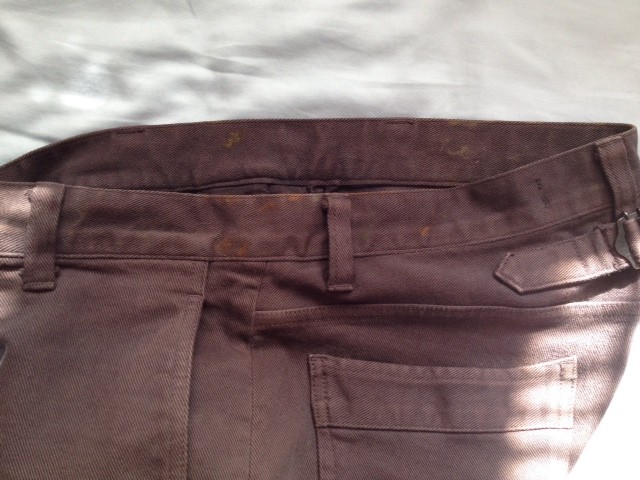 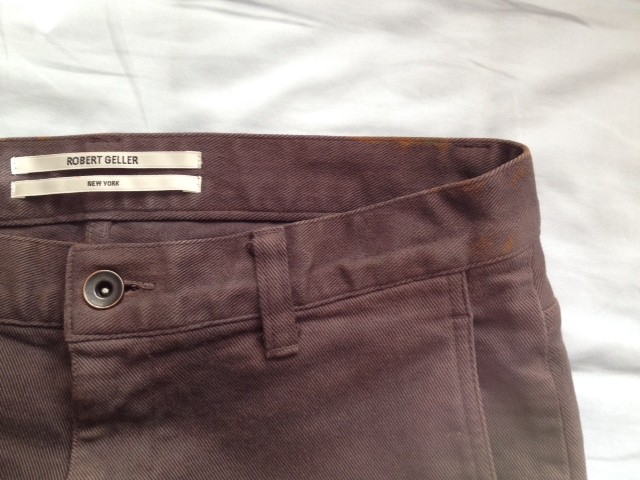 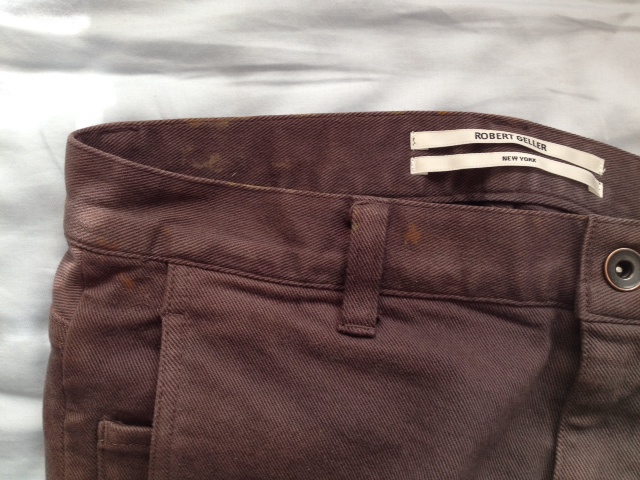 The amusing part is that I guess he's been keeping his eyes on this listing, because as soon as I re-listed them up for sale (after I PAID MONEY to have the stains removed), he contacts me again, and sends me the following threat:


Photoshop? Fucking Photoshop??? He thinks I'd go through all this trouble and waste my time to cheat him out of the cost of a pair of jeans? And he wants to preach to me about ethics? After he made me an offer to settle the issue, to which I accepted? Some people just don't understand or value contracts, even if they're the ones that set the terms and agreed to it. I told him to go ahead and do whatever; I'm not about to appease this shady bully, and I have all the records.

Sorry for the rant - I just had to release my frustration at the fact that this guy had the audacity to hit me up again, demanding more money.

keanswon said:
DON'T DO BUSINESS with lakeshow007
Click to expand...

damn, yeah thanks for sharing. Some people are not just dishonest... they feel entitled to their dishonesty and douchyness.

flyindarkness said:
damn, yeah thanks for sharing. Some people are not just dishonest... they feel entitled to their dishonesty and douchyness.
Click to expand...

Sure thing, man. And yea, it's really a shame. I never again want to sell to anyone that doesn't appreciate/doesn't know how to appreciate the clothing.

That was a good read. Love how you handled it.