Quality of ties from Budd in Piccadilly Arcade

I have a tie and a few silk pocket squares from Budd in Piccadilly Arcade and I quite like them, but I know that I don't have much of an eye for this kind of thing.

I was therefore wondering if someone with more experience with Budd ties and a better eye could give me their thoughts on them, with regards to the quality and craftsmanship of their ties.

Thanks in advance
"He's a gentleman. Look at his boots!"

As good as any other Jermyn Street or West London maker.
TUMBLR

As good as any other Jermyn Street or West London maker.

They are not all the same. I have a Benson & Clegg tie that looks good, but is too short and super thin, so it ties a shitty knot. I like my ties to have some heft.

I agree. I think Budd is on par with most others. (The last time I was at Benson & Clegg, however, the ties struck me as inferior to Budd et al.)

Budd's main attraction to me is as a source of sized bow ties for black and white tie.

I also own several from Benson &amp; Clegg, and I mainly bought them simply as collegiate ties. It is true they are lesser quality, but the price does reflect that.
TUMBLR

I have a couple of ties from Budd - I think they are a fair bit nicer than most of the Jermyn Street stores.
The only rule is don't be boring and dress cute wherever you go. Life is too short to blend in.
- Paris Hilton

I have a couple of ties from Budd - I think they are a fair bit nicer than most of the Jermyn Street stores.
Yes i get that feeling as well. Now granted, I only have one tie from them, but compared to others I have from jermyn street it just feels nicer. Very light and soft without being thin, so it hangs effortlessly and the knots just turn out right every time. Had a chat with the fellow in the shop the last time, and I think they make them themselves or have them made to their own specifications, as he was telling me that the shape is made from their own patterns, and how difficult it was to make one particular pindot tie as the dots are on horizontal rows while the weave is diagonal. Don't think it's a manufacturer who does their own thing and then slaps on a Budd label. Think I'm going to go back for another one tomorrow, and if I do I'll post an update with some thoughts. Saw a nice burgundy solid with nice texturing there last time I stopped by, wasn't sure then but haven't been able to get my mind of it since.
"He's a gentleman. Look at his boots!"

I think they're great. I don't think they make them on the premises -- in the past, Drake's made for them, but that's no longer the case. From what the clerk told me last time I was in there and we discussed their Ancient Madder ties, they order their own fabrics (in the case of the Madders, from Macclesfield) and have them made up to their specifications. Mine are quite light and soft, with a very pliable interlining.

They're very different from my T&amp;As, which are stiffer, and thinner than the H&amp;Bs I've seen. Personally, I think they're among the nicest English ties, as good as H&amp;B or Drake's but their own thing.

I'm stopping by there today, I'll ask.
"He's a gentleman. Look at his boots!"

On a related note I found the tie I was looking for, pics enclosed.

It's ridiculously thick though, and not very wide either, so it took about 15 attempts to get a decent looking knot, but I think it turned out quite nicely in the end. 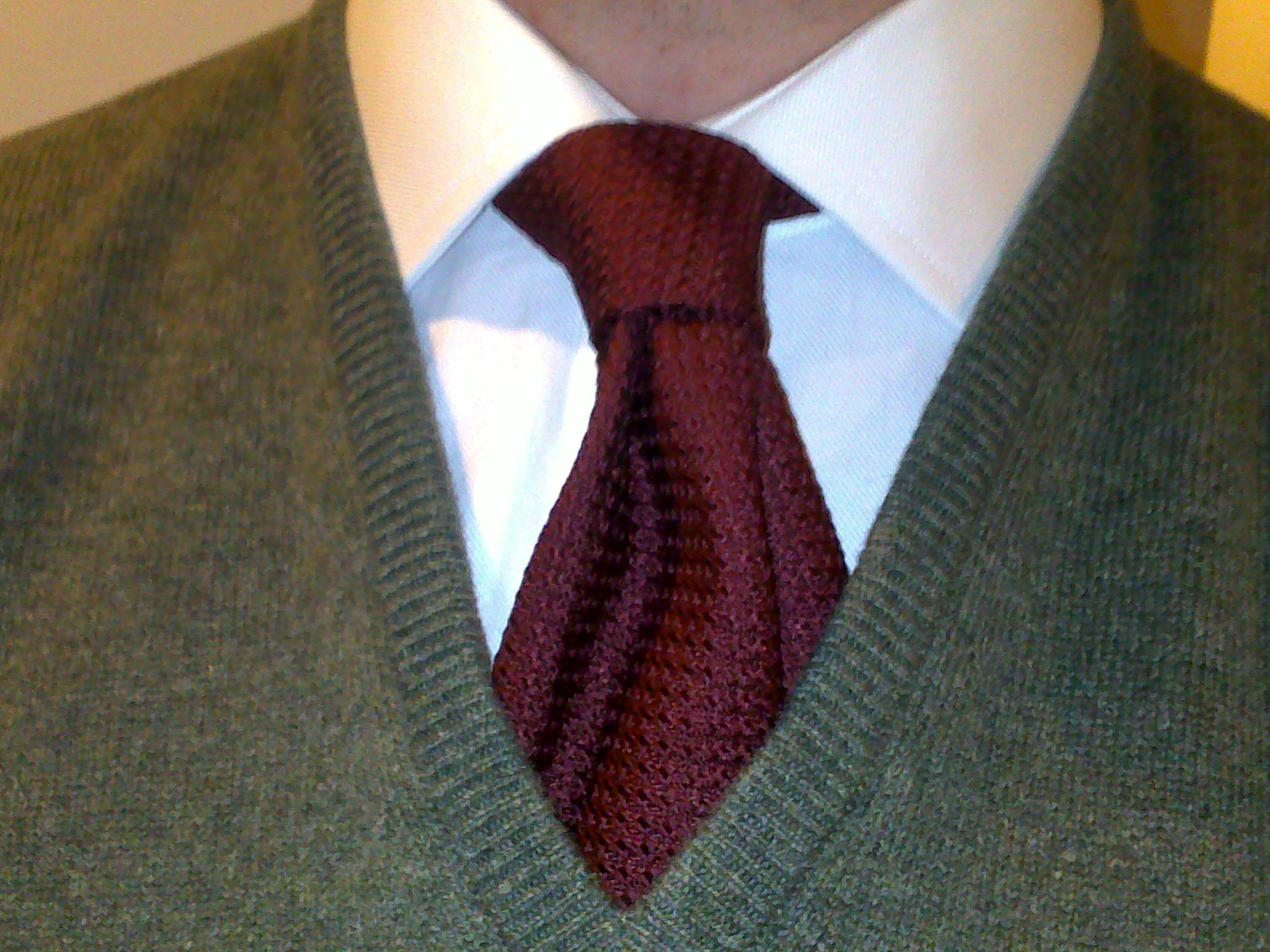 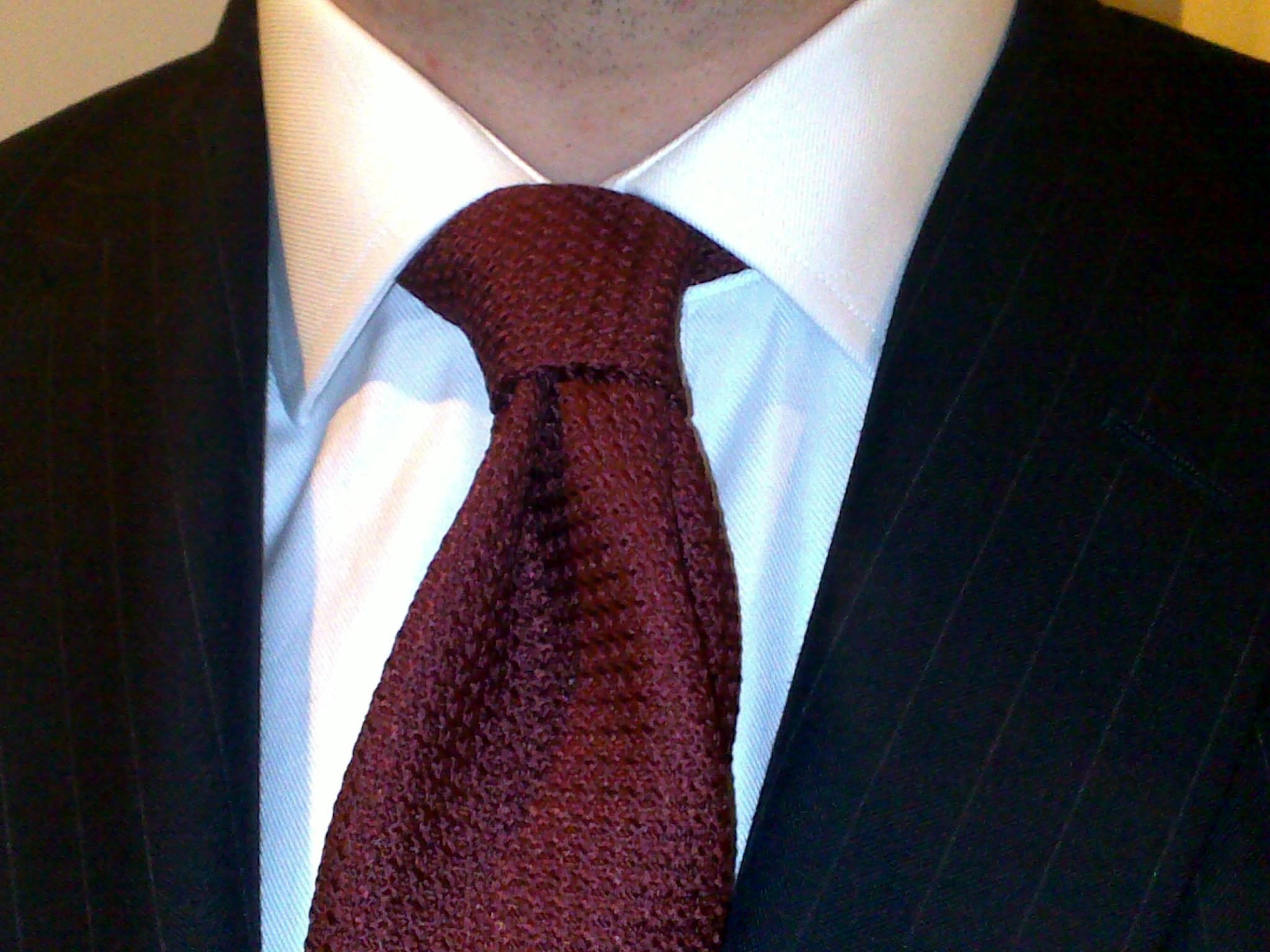