For Your Private Collection
​
You witnessed the meteoric rise of Stanley Van Buren, now you can forever own a small piece of epic StyleForum history. Available for the first and only time, this rare pair of former deadstock 1950's made in the USA longwings have journeyed across time, space, and the internet to find their way to one lucky collector who will surely become the envy of SW&D peasantry and royalty alike.

From his early days of posting, SVB wore these wingtips with pride. His very first WAYWT post featured them, along with other legendary pieces such as the Epaulet Red Club Collar Oxford (also no longer available!) and the blue 1976 Fiat Spider (no longer available ):


StanleyVanBuren said:
first WAYWT post on this forum; reposting from the Epaulet thread, here are my totally obnoxious and over-the-top photos for today:

inspiring such comments as:


phildo said:
Is there candy in the glovebox for the children?
Click to expand...


brad-t said:
realtalk: you give me the creeps
Click to expand...

and to this day, still holds the record for the HIGHEST RATED POST OF ALL TIME: 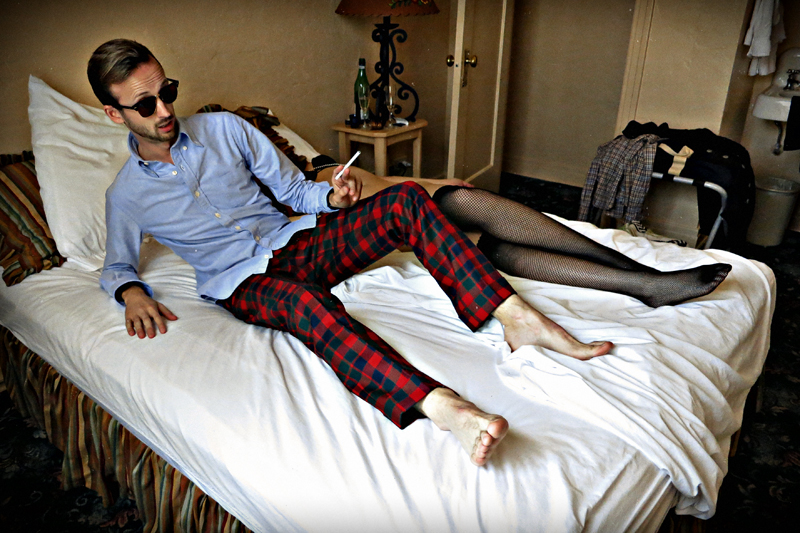 Ok, so the wingtips didn't make it into that picture, but still, you know these shoes from all your favorite SVB fits. From the office... 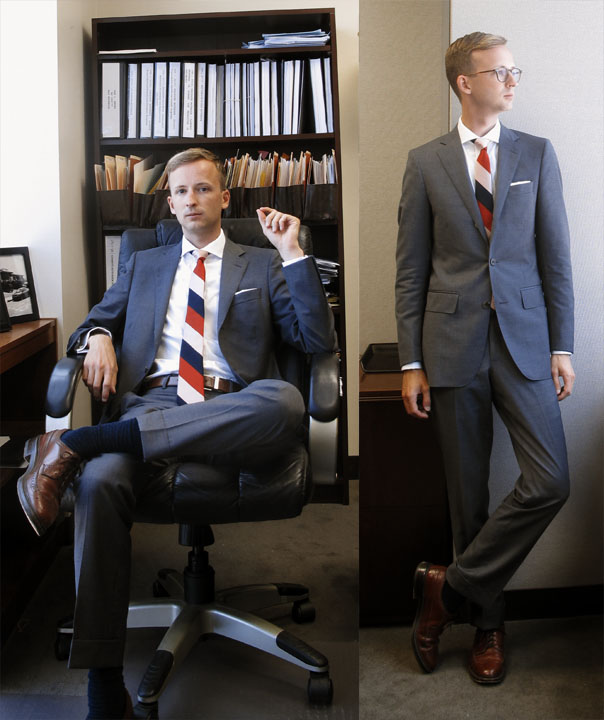 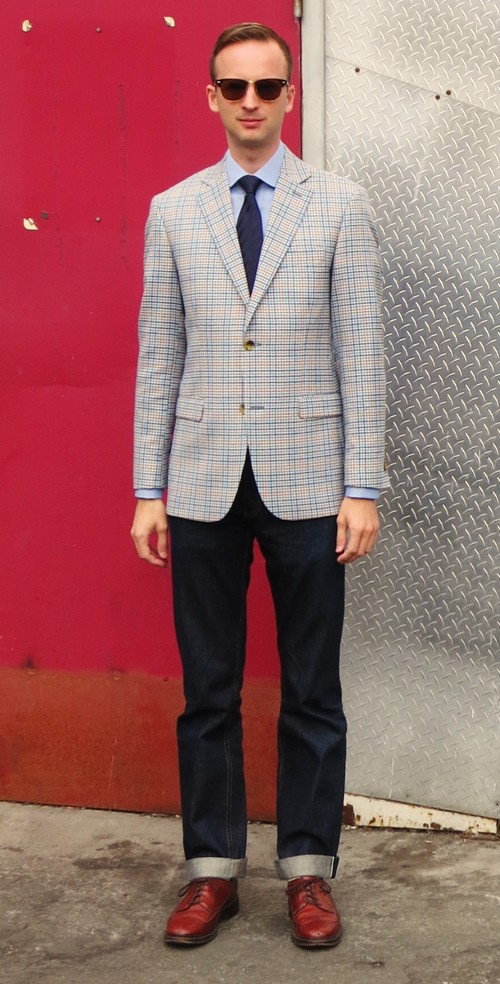 These shoes have journeyed all over the United States as Stanley Van Buren is a well-known leisure enthusiast and frequent traveler. They have stomped the ground of such famous exotic destinations as Portland, Oregon, Laughlin, Nevada, and the San Fernando Valley (yes, "THE" Valley!).

to lose their heads:

"SVB have you considered that maybe those shoes are a little too thick as it appears they have a double sole that looks to me to be approximately 2cm in height and sticking out from the upper approximately 1cm all around and in a color that is slightly more towards the red area of the color spectrum also the open lacing really isnt appropriate for wearing with a suit and so based on my calculations these rate about a 2 on a scale of 1 to 10 if we allow only integers (otherwise I might be willing to give you 2 and 5/8)." -- gettoasty

"Goddamn it, SVB, stop wearing those clunky wintips with every fucking outfit, you are a lawyer, you can afford some Paul Smiths or something" -- Teger

Crafted by the now-defunct Stetson Shoe Company (no relation to the Stetson Hat Company) sometime in the 1950s, these wingtips originally came with leather "suicide" heels, but have no been replaced with a less death-defying rubber heel. The double leather soles are still going strong and have many years of life left in them, if you are crazy enough to want to wear these instead of putting them on display. Cedar shoe trees have been used at all times and regular polishing has kept the leather in beautiful shape.

Shoes will come with a Certificate of Authenticity signed by Mr. Van Buren himself (estimated value: $gold). Shoe trees not included. Price includes shipping within the Continental United States.

Shoes are size 8D, although this is not strictly relevant as these are not intended to be worn.


"Goddamn it, SVB, stop wearing those clunky wintips with every fucking outfit, you are a lawyer, you can afford some Paul Smiths or something" -- Teger

I am interested in purchasing the certificate of authenticity, but not the shoes. Also, I would like a signed copy of the record-holding photograph, but I would prefer not to use my real name. Please PM.
INSTAGRAM

Synthese said:
I am interested in purchasing the certificate of authenticity, but not the shoes. Also, I would like a signed copy of the record-holding photograph, but I would prefer not to use my real name. Please PM.
Click to expand...

But if I sell you the certificate then how will I ever sell the shoes without their documentation? There is only one certificate.
instagram.com/stanley__vanburen

Bump because of awesome.
-Nate

So much win.
This is truffle season
Time for tuxedos for no reason

is this Goodyear welt?

ivanswk said:
is this Goodyear welt?
Click to expand...

you bet your ass!
instagram.com/stanley__vanburen

SVB doesn't have time for lowballers.
This is truffle season
Time for tuxedos for no reason