Kent,
The Piet Mondrian satire was brilliant.
I am going to buy one of your ties.
Unless that's also a bunch of BS also....
Reev's StyleForum Salary Survey Results!

On what basis? This "rule" seems highly spurious.
Click to expand... 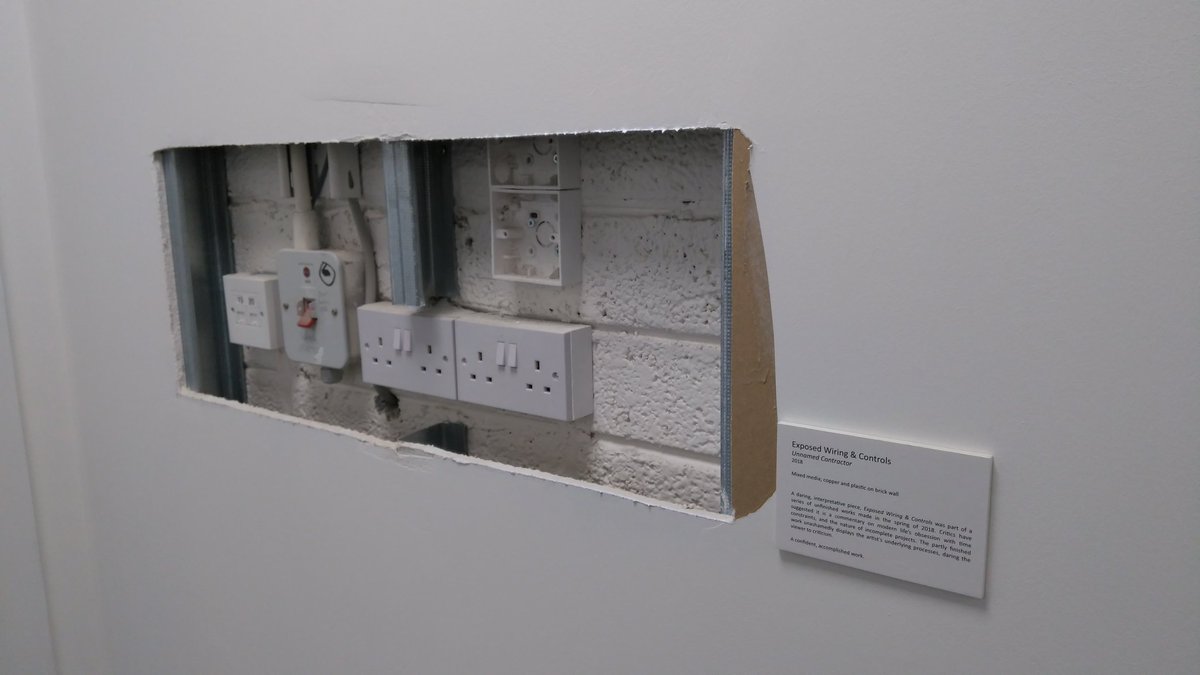 This subforum is basically dead so I see nothing wrong with linking this Onion article here.
J

The book titled Art Bollockese by Jeff Andrews will explain all!
Including the pretentious nonsense language used to project and promote nonsense art!

I used to love reading Arthur Danto's columns on art in The Nation, and one of the best (anti-pretentious, non-cynical, revelationary and interesting ) paragraphs on art I have ever read is in his Cy Twombly essay in his book "The Madonna of the Future".

And this is the original story as related by Danto's friend Jim Holt in his Danto In Memoriam:

"Years ago, on the eve of a Twombly exhibition at the Museum of Modern Art, I was chatting with Danto on the phone about that artist’s work. I told him I was tired of defending Twombly’s “elegant whispers.” Arthur reacted to my phrase with unexpected animation, as if it were a fresh and felicitous trope for Twombly’s art and not a howling cliché. When I repeated the words “elegant whispers,” the misunderstanding became apparent: he thought I had said “elephant whiskers”! In his mind’s eye he had instantly seen the archetypal Twombly painting as a distribution of elephant whiskers across empty space. For some moments, I heard deep and repeated peals of laughter over the line. Though the unconscious brilliance was all on his side, I had to join him. A few days later, a card came to me in the mail from his wife telling me that she had never heard Arthur laugh so loud."​ 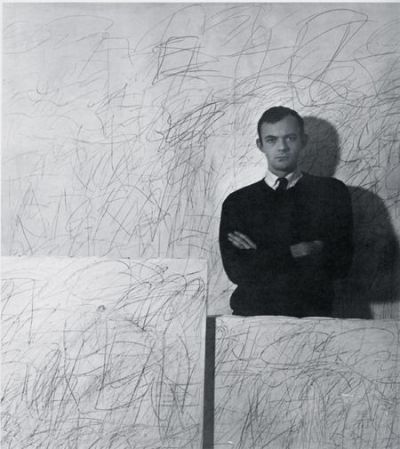 Visiting the Cy Twombly museum in Houston was a seminal moment for me. What rubbish.

Nowadays I breeze through art museums (and other museums too) in a single hour. Only occasionally is there something that warrants my attention for more than a glance. It's like flipping through a coffee table art book.

My favorite artist currently is James Turrell. I buy into all his hype: the "thingness of light" and all that pretentious stuff.
Kent Wang pocket squares, cuff links, suits, shirts, ties, shoes, and more.

That all sounds somewhat unfortunate, but to each their own of course.

In my opinion the Cy Twombly Gallery is one of Renzo Piano's most beautiful small intimate works, a great gift to the world from Mrs. de Menil, and the collection of Twomblys there is sublime (for the Twombly fan, that is).

How interesting and coincidental that you then mention James Turrell in this context. He is a master, no doubt, but also undoubtedly a master salesman.

He used to come to our house occasionally, when I was a child. He was indeed very pretentious, even back then. I recall him once lying on his back, arms out, eyes closed, like some prone living crucifix, "meditating" or whatever the hell it was, completely disconnected from everyone else, right there in the middle of the living room floor, taking up all that space, while a full party was going on above and all around him. Maybe he was living out "No hell below us / Above us only sky" or something, I have no idea, but it was all more than a bit much, really.... It was in fact the most "pretentious art writing" I had ever seen (and still may be), even though nary a word was put to paper, nor even spoken.

Not quite the same but along similar lines: I have a friend who is an "important" architect, a recent recipient of a major international architecture award. A few years ago he was invited to Burning Man by one of the founders, and ever since then he has gone full-on Burner, attending the founders camp every year. He is turning into some sort of global ambassador for Burning Man art, and recently published a monograph on it.

His wife just rolls her eyes at him. She's great.

I'm an architect, might know who you mean (but might not; I don't know if the person I'm thinking of wrote a BM book or not), but either way am pretty sure I'm on his wife's side in this case. If only self-indulgence could be burned along with all those extravagant pyres.

Then again, burning self-indulgence pretty much put Himmelb(l)au on the international stage almost 40 years (wow, so long now in a flash), so.... 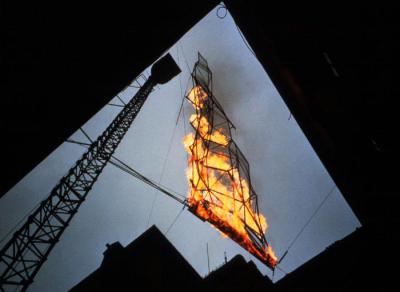 I went to Burning Man in 2009 and it was a fun festival but I don't buy much into the philosophical aspects of it.

Not a fan of Himmelblau or Liebeskind or Gehry for that matter. A lot of architects write a lot of pretentious theory essays.

Yowzers!
Yep, I'd agree that that is quite a peak pinnacle of p, right there.

One shudders to think what he does the rest of the time, especially regarding the "Kindness" part....


(PS: Found out who it is, don't know him, never heard of, your secret is completely safe with me, no worries.)

Kent Wang said:
Not a fan of Himmelblau or Liebeskind or Gehry for that matter. A lot of architects write a lot of pretentious theory essays.
Click to expand...

Gehry is not really like the first two though, since he started as a pragmatist and builder, has never liked/embraced theory, and certainly has never written a "pretentious theory essay" in his life.

All three of those architects have designed and built some beautiful buildings and also some terrible ones; it goes with the territory. The worst recent offender of pretentious theory completely rendering his architecture neutered might be Peter Eisenman, even though (more likely because) he was very influential as a theorist and teacher for quite a while. I don't think I've seen one good, truly provocative, lasting, influential building from him ever, but we all have our blind spots, and I just never could really get into that work.

It is true though that many of the early Decons such as Himmelb(l)au, Libeskind, OMA, Hadid, et al, mainly from the European schools, did publish purposefully contrarian and/or strident and/or sensational and/or etc. "manifestoes", some more pretentious than others, in order to get published and noticed, as they had no buildings on their belts yet. But, that was not really so different from most previous generations and movements, from the Renaissance (that is to say, with the rise of patronage) on.

Most of the "pretentious theory essay" writing I come across comes either from art and architecture "critics", many of whom are the bane of the professions they purport to observe, or hack/failed artists and architects who really just don't seem to know better. Or care enough, which is even more sad.
You must log in or register to reply here.
Share:
Facebook Twitter Reddit Pinterest Tumblr WhatsApp Email Link
New posts