One pair of boots I'd love to get my hands on is the kind widely worn by Polish punks and skinheads in the 1980s due to the unavailability of Dr. Martens behind the iron curtain. They were referred to as 'glany rumunskie' (Romanian boots) or, more colloquially, 'rumuny' (Romanians) since they were produced in Romania for Nicolae Ceausescu's notorious Securitate police units. However, they were also imported by the government of of the People's Republic of Poland and given to bus drivers, plumbers and workers in some factories. You could not buy them in shops, but had to know somebody who had access to a work clothes warehouse and would sell you a pair illegally (or, indeed, swap it for 1-2 bottles of Vodka). At most, you might find a used pair sold in a street market.

What made them an attractive choice for skinheads and punks was their height and slim, narrow profile, which approximated the look of 10-12 eye Dr. Martens - as opposed to Polish army or work boots, which were more clunky. 'Rumuny' were only available in black colour and had 10 eyelets. The toe caps weren't made of steel, but consisted of an additional layer of thick leather. Apparently, you had to go through a few weeks of torture to break these boots in, but they were supremely comfortable thereafter.

The moment the borders opened, everybody traveled to Berlin to get their pair of DMs, and from the early 1990s onward the 'rumuny' of old were discarded and forgotten along with other vestiges of the past. However, it only took a decade or so until they became a sought after rarity. From what I gather, some were auctioned for hefty sums on Polish ebay by the mid-2000s. Alas, I cannot find any.

Considering that many hundreds (or thousands?) of Polish skinheads, punk rockers, and workers wore 'rumuny' in the 1980s, it's incredible how hard they are to come by today. In fact, I was only able to find one single photo of them on the internet: see below for a proud owner showing off his pair. 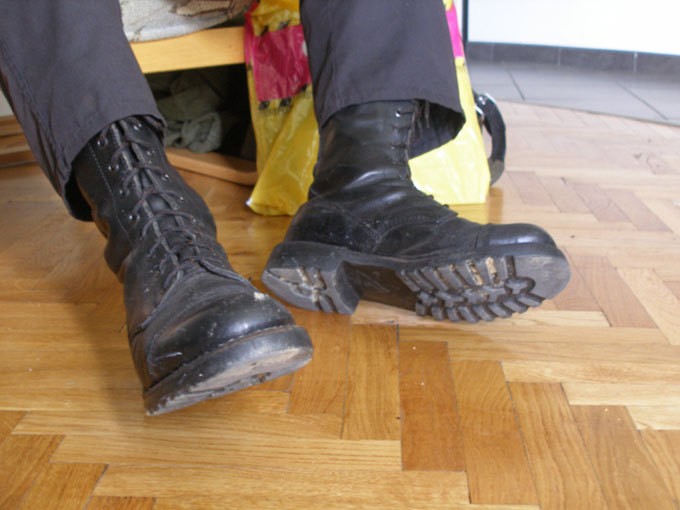 I don't have high hopes, but if you ever come across a pair of 'rumuny', do not hesitate to contact me.
Last edited: Jul 21, 2015
Creases Like Knives ​

This will not help you at all but they look like the spitting image of Indian Army boots back in the day -70s and 80s - when they were being made of leather as opposed to the poly-whatever materials they use now.

They look like High leg British army boots from the seventies/eighties, heres a pic, i dont think they are 100 percent the same, but very similar. 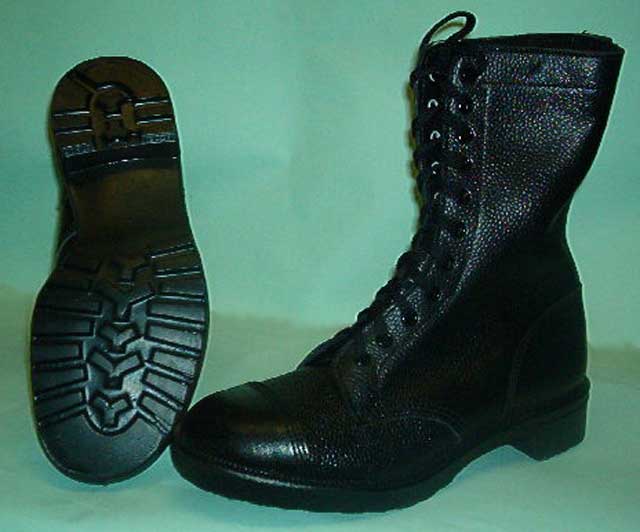 Grafters do a modern version of the boot, pretty sure the sole would be the same