Pocket squares on a coat?

Pocket square in a coat.

I did it once a few years ago and got castigated for it.

Saw this picture in The Times today.

When I was a young lad the current youth cult trend was for suede heads. It was bit more grown up style that evolved from the original skinhead look and the key component was a Crombie style coat in black or dark navy with a red spotted handkerchief in the pocket. I reckon it was a good look. Some lads secured the handkerchief in pace with a jewelled tie tack. See the cover of Robert Elms’ ‘The Way We Wore’ which has a pic of this. It’s a good read, taking you on a trip through all the trends and youth cults that he espoused in his younger days.
When I was a teenager there was a skinhead revival going on which conflated some aspects of the brief suedehead period from the early seventies, including cheap crappy melton knock off Crombie style coats sold in high street shops. These often had red nylon linings and the kids would pull up the linings in the chest pocket in place of using a pocket handkerchief. Not a good look.

I have a grey herringbone chesterfield coat and got red and blue spotted handkerchiefs which I kept in the chest pocket and could alternate whichever colour better matched up with whatever else I was wearing. Visiting Chicago for work a couple of winters ago I was carrying the coat over my arm and later found out that the handkerchiefs must have slipped out. I don’t have a need to wear the coat very often so haven’t got around to replacing the handkerchiefs yet.
Bottom line is that it can be a good look. Prince Chas is usually reasonably well turned out and looks decent in that pic. He is a nervous sort and always seems to be jamming his hands in his pockets. Vertical slash style overcoat pockets are more suited to hand warming. If you have a chesterfield type with straight pocket flaps it’s better to wear gloves and keep your hands out.
Check this out:

A certain menswear blogger is through with them. Go for a belt instead. Make sure to tell Charlie.

Putting a belt in your pocket is definitely the way to go these days.

celery said:
Putting a belt in your pocket is definitely the way to go these days.
Click to expand...

??
Only a small step more ridiculous than stuffing your gloves in there - fingers up of course!
Check this out:

Thin White Duke said:
??
Only a small step more ridiculous than stuffing your gloves in there - fingers up of course!
Click to expand...

what about just one, specific finger?

Phileas Fogg said:
what about just one, specific finger?
Click to expand...

?? Oh I think I could get behind that particular style!
Check this out:

Thin White Duke said:
?? Oh I think I could get behind that particular style!
Click to expand... 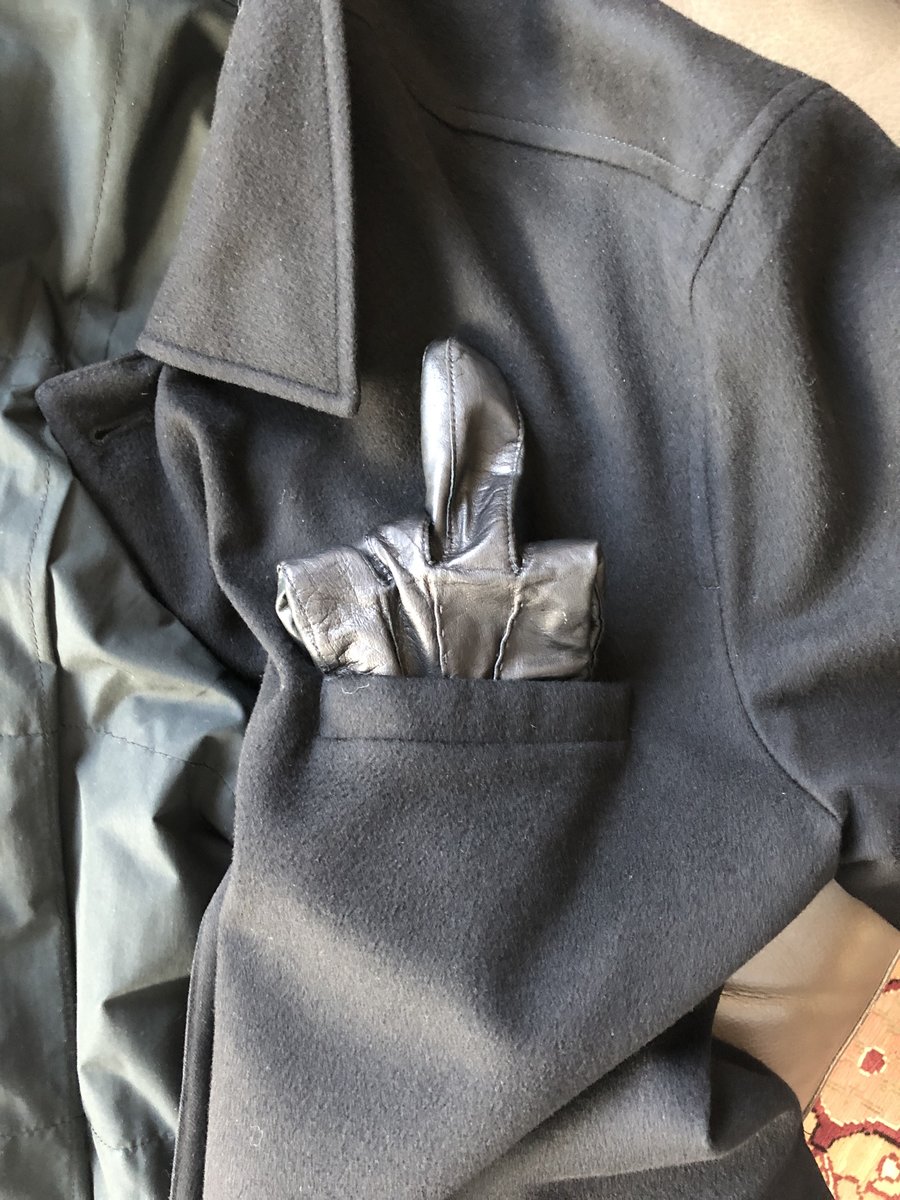 These days I find that even on suits, it feels odd to have pocket squares. It seems to give off "try-hard" vibe, mainly because ppl are dressed so freakin' casual. With wfh becoming normalized, just putting on a jacket alone is as smart as one can be without being somewhat out of place.

noobanker said:
These days I find that even on suits, it feels odd to have pocket squares. It seems to give off "try-hard" vibe, mainly because ppl are dressed so freakin' casual. With wfh becoming normalized, just putting on a jacket alone is as smart as one can be without being somewhat out of place.
Click to expand...

Yeah, before the 2000's #menswear era, it seems like a pocket square was a bit of a move that required some discretion about when and where. Then with #menswear, pocket squares became very trendy, ubiquitous, overdone, and we saw a bunch of cheap, bad examples. 5+ years ago I remember guys on menswear forums parroting a statement that "wearing any tailored jacket without a pocket square is a missed opportunity." I doubt those same guys feel that way now. In fact, the new hive mind sentiment seems to be exactly yours - "a pocket square seems out of place these days," and I've seen that written several times.

With the #menswear trend well over, there's probably a reluctance to wear anything too reminiscent of that trend as we all cleanse our palates. But, ultimately I think it comes back to normal where a pocket square is a style choice that will be good in certain considered implementations.

This was my attempt a fair few years ago. I wore it twice. 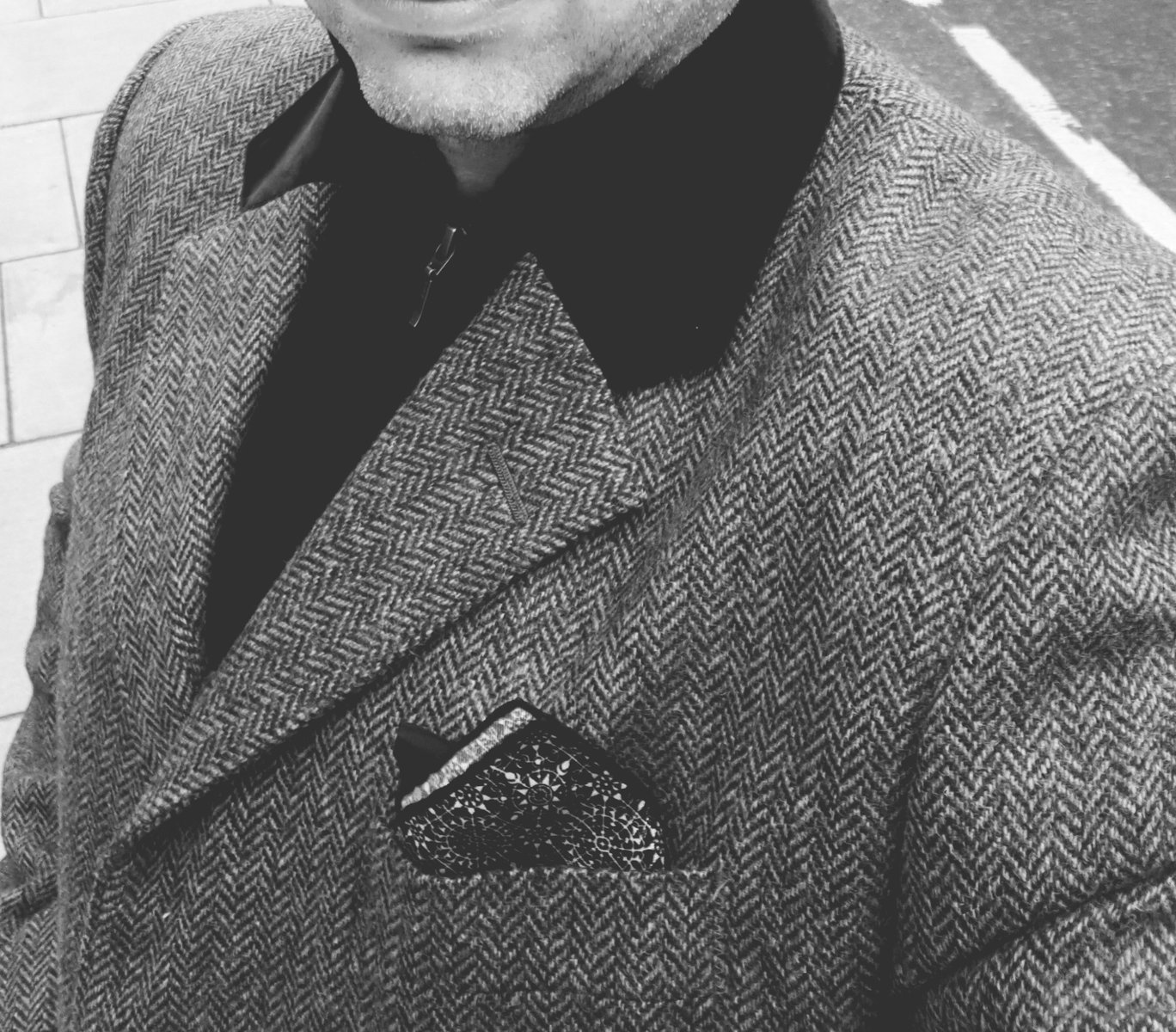 I answered yes to your poll but am now realizing you meant overcoat. While I almost always wear one with a coat (sport coat, suit coat), with an overcoat it's less often.
When it comes to dress, there are some things you can't learn on Style Forum, you can only know them from having lived them.

I've never worn a pocket square on an (over)coat, but when I teach in a suit, I always alternate between either plain white linen or a patterned navy-on-white cotton square that's "almost" plain white.

#menswear may be dead, but Uncle Joe in the White House is rocking them like he used to.