Nothing stays fresh forever. Even twinkies go bad in some distant future between nuclear holocaust and world peace. Pitti Uomo is now entering its mid-forties. Men of that age have comb-overs to feign perpetual youth. Pitti has "themes."

The theme never has anything to do with the show itself. I doubt if many of the exhibitors could even tell you what this season's theme is. It's "Walkabout Pitti," a probably-unintentional appropriation of the ritual journey of Australian aborigines. The physical manifestations of this season's theme are these undignified granary-like structures that paste the phrase "Walkabout Pitti" onto various international landscapes: 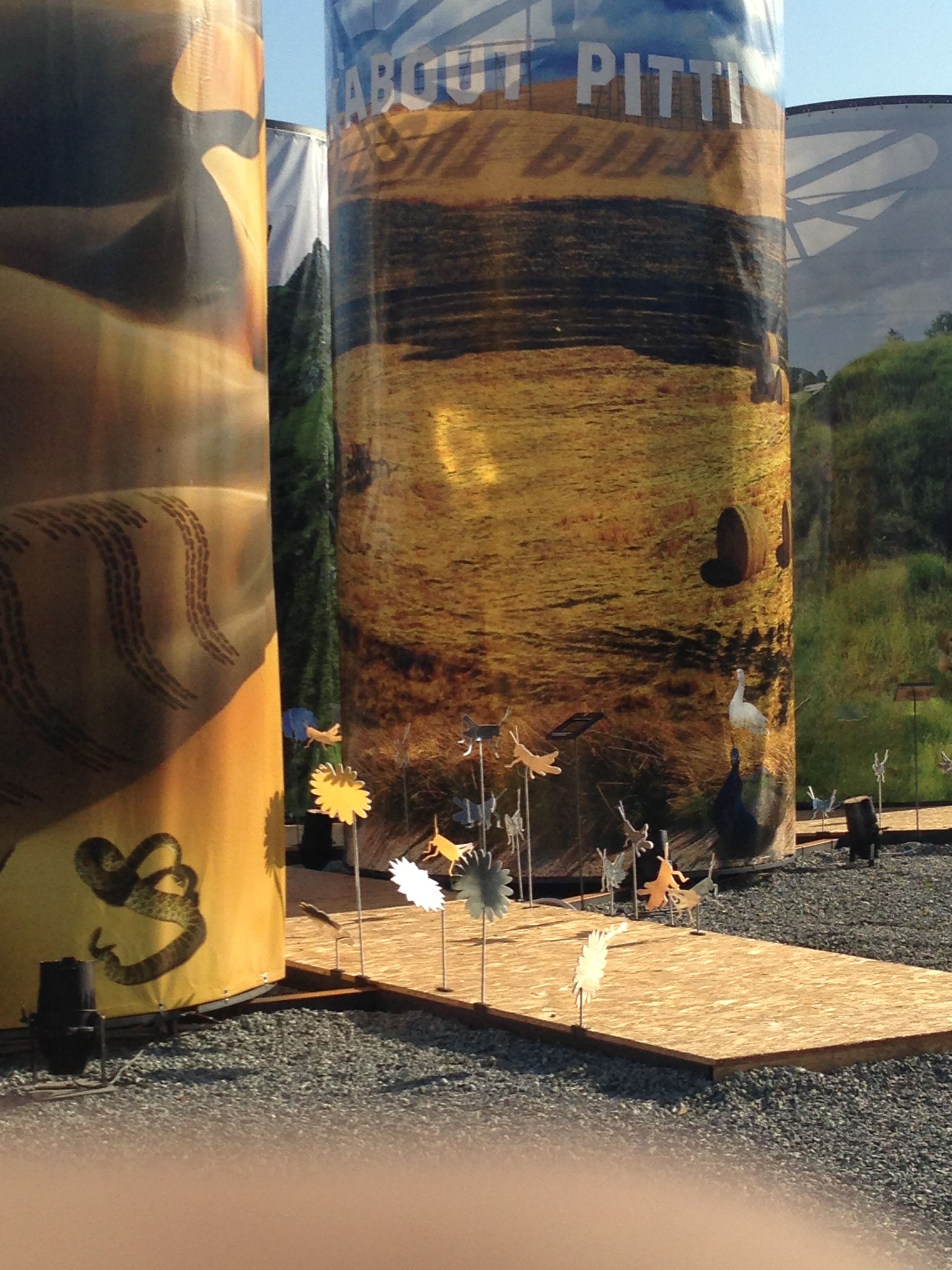 and a sculpture with sneakers all over it inside the main pavilion: 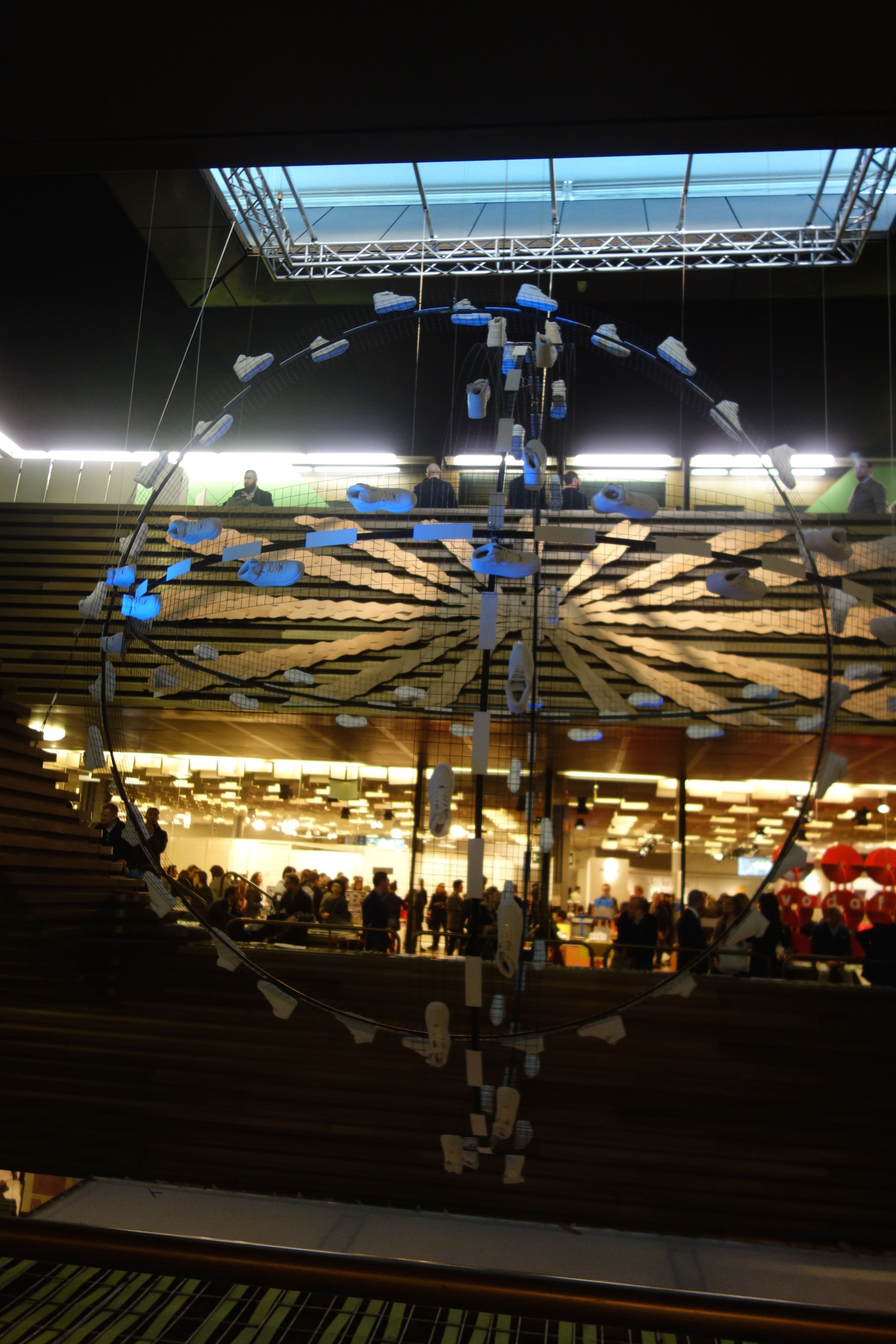 I start Day 1 by going to the "Opening Ceremony" at the Palazzo Vecchio. I had vague hopes of seeing Lino Ieluzzi light the Pitti flame with a handmade curated artisanal heritage torch, but no such luck. There is no Pitti flame (hush), and the opening ceremony is just a press conference with a bunch of political types. They spend a couple of hours trading declarations of fidelity to the Pitti cause and to partnership between the various regions of Italy. The language of politician bullshit is international. However, I do get within a fastball's distance of Brunello Cucinelli: 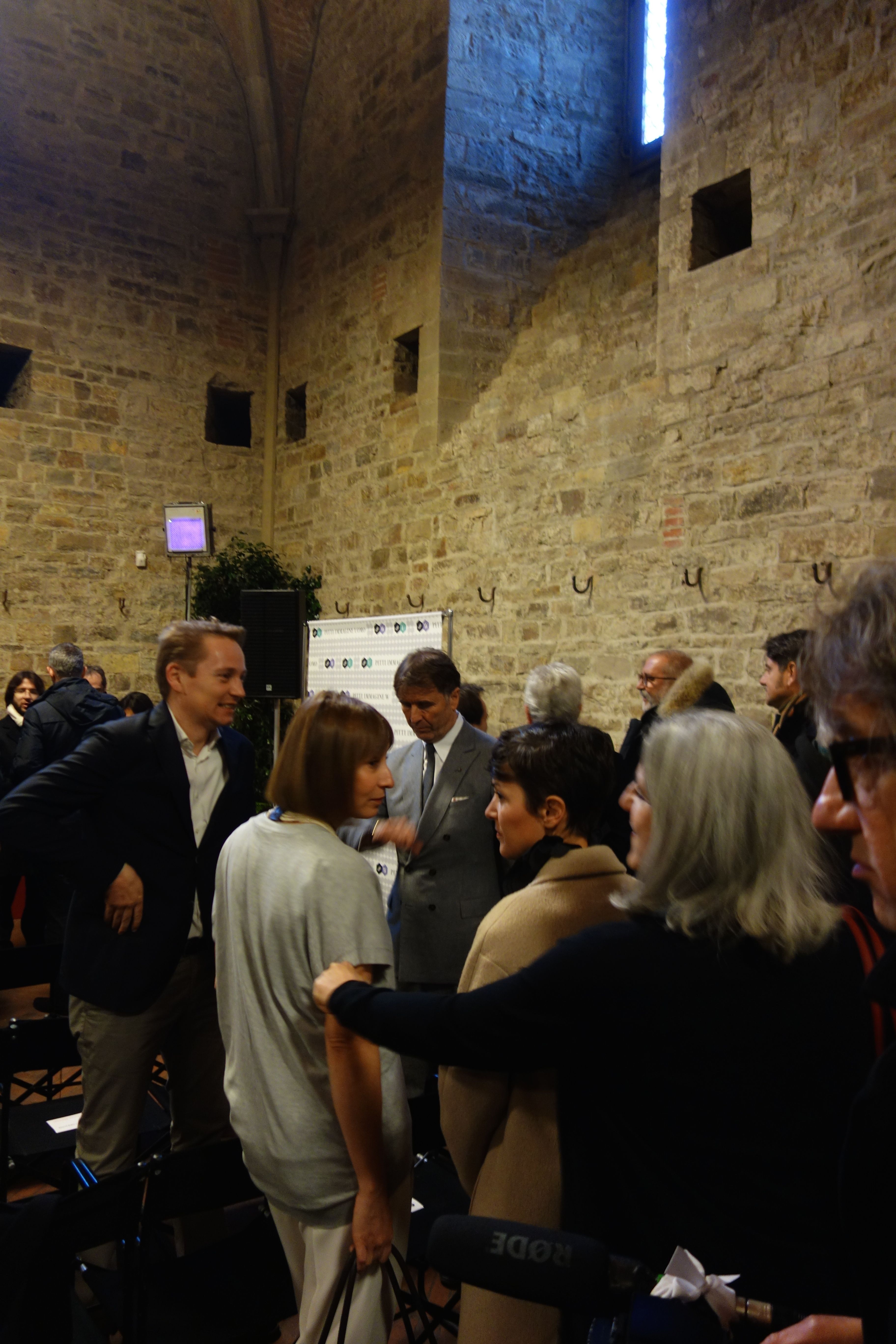 After the press conference, I go to meet the rest of the StyFo crew for lunch. On the way, karma bit me **********. @LA Guy and Jenn and I were giving @Synthese some shit at breakfast for his rosy cheeks and general boyish good looks. This involved a mocking rendition of "I Feel Pretty" from West Side Story. Jenn might have even thrown in a pirouette or two. Now as I stride towards the Pitti gates I catch myself humming it. Not too loud, but audibly. This has to stop.

Selfie sticks have arrived in Florence, and I don't think it's just for Pitti. You see them in use around all the major tourist spots. They're available for purchase on the street from the guys that used to peddle glow-in-the-dark baubles and exhausted roses. I briefly consider buying one in order to instigate fencing matches with other owners, but dismiss this as quixotic. You gotta pick your battles.

I spent the afternoon doing interviews for stories rather than searching for product. But even so, some product caught my eye, in particular Drakes ties in printed satin: And a Bonastre briefcase: 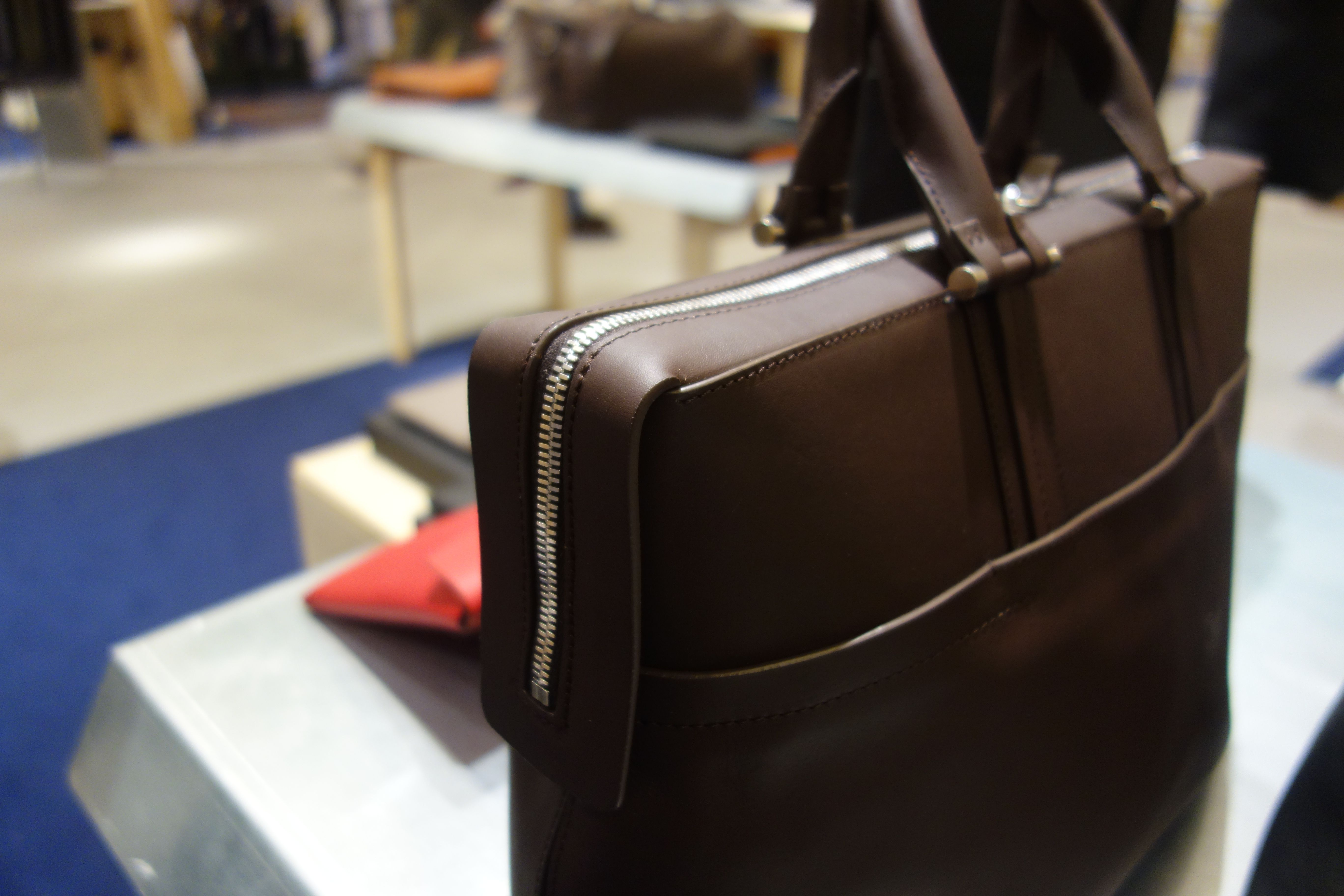 Oh, did you want something ridiculous? OK, here, fight with the Tumblr/Instagram crowd over the return Wooster/Lardini: 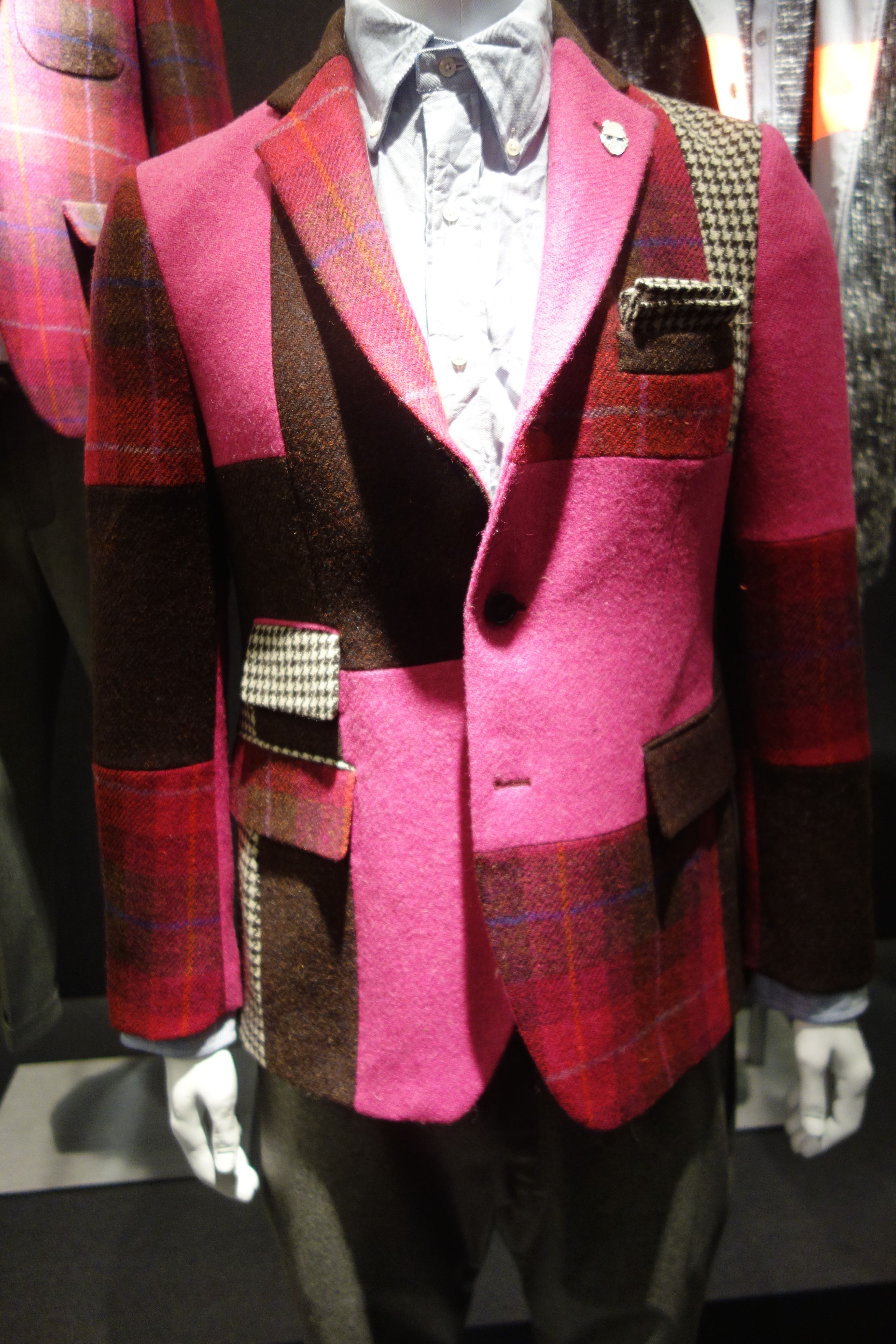 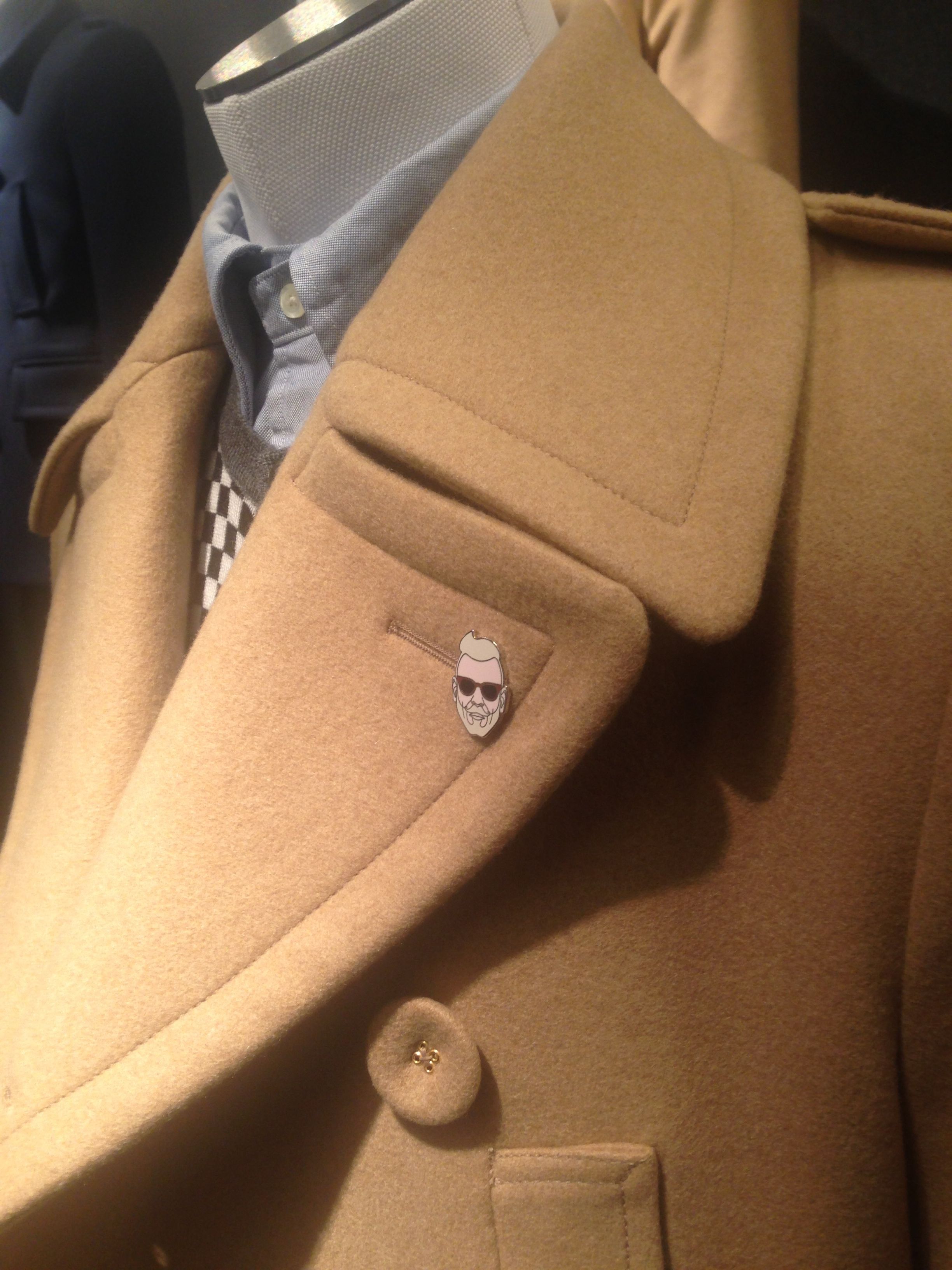 Usually the first day of Pitti is more relaxed - not everyone has arrived yet, and people need to warm up a little bit before exercising their inner dandy. But this year, already on Day 1, the fair is swarmed. I'm worried. At what point are there just too many goddamn people here? It's already taking a half hour just to walk around one floor of the main pavilion.

Styleforum took out a few Internet friends for dinner. Everyone had a great time, including Isaac from Larose and Niyi of Post-Imperial: 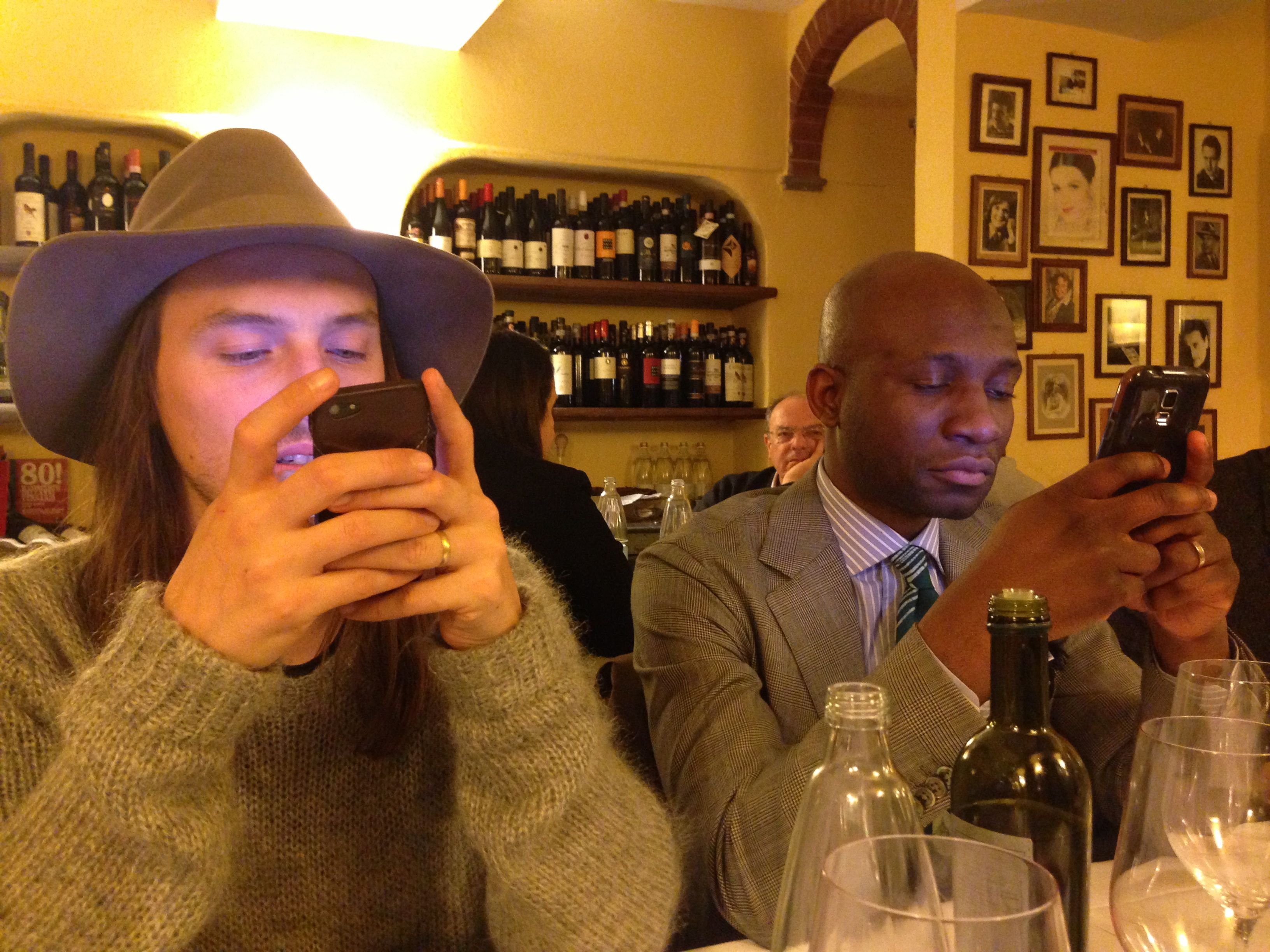 It's possible they were PMing each other.

Memory loss and discretion force me to be vague about table discussion and after-dinner activities. I can divulge that the Skoaktie gents put in another fine showing, but were perhaps outdone by Jenn, and we (this is the royal we) ended up singing the night away to all the best hits of '90s college radio.

At 4 am I was back in my hotel room, setting my alarm clock for 8:45.
Last edited: Jan 14, 2015
http://ivorytowerstyle.com/ Some Ties and Pocket Squares for Sale Attolini Suit and SC for Sale

unbelragazzo said:
I had vague hopes of seeing Lino Ieluzzi light the Pitti flame with a handmade curated artisanal heritage torch, but no such luck.
Click to expand...

So we are going to leave out the part where we discussed what a fucboi is and how hos plight affects all of us?
POST-IMPERIAL
FACEBOOK
INSTAGRAM
How Doom hold heat and preach non violence​

The Wooster stuff is such a gimmick. It lacks the cool Commes de Garcon patchwork look they were doing years ago.
Follow me on Instagram

Who the hell would wear that pink, brown, plaid, patchwork monstrosity?
kunk75 "please refrain from logical observations so we can discuss marxist ideals while buying 2k fingerlessgloves"

I wouldn't be so sure

Synthese said:
I wouldn't be so sure
Click to expand...

I think yesterday he was wearing one of the patchwork jackets, but in a different colorway.
http://ivorytowerstyle.com/ Some Ties and Pocket Squares for Sale Attolini Suit and SC for Sale

Is there another Pitti thread that was updated more frequently?

It's been a long Pitti with spotty internet. The stories are coming.

Jen said:
It's been a long Pitti with spotty internet. The stories are coming.
Click to expand...