TheChihuahua said:
my bad…
I thought you were implying that brogued oxfords shouldn’t exist
(As the question was, what are the point of them, and I thought that was your response)

Eh, it was poorly written. I was trying to convey that the preponderance of full brogues compared to the number of casual suit wearers doesn't really prove anything. There are a lot of things that are made and sold that are absurd, so the mere fact that things get sold (in whatever proportions) isn't a valid argument in the context of this thread.

mak1277 said:
Eh, it was poorly written. I was trying to convey that the preponderance of full brogues compared to the number of casual suit wearers doesn't really prove anything. There are a lot of things that are made and sold that are absurd, so the mere fact that things get sold (in whatever proportions) isn't a valid argument in the context of this thread.
Click to expand...

fair,
But I think it does show something.

the full brogue market is large. And it has been large for a while. And a lot of reputable shoe makers manufacture full brogue oxfords.

so to @db123456 point, how did this market evolve of oxfords could only be worn with suits, but full brogues weren’t really deemed an appropriate shoe for much suit wear.

so to the extent that the full brogues work well with more casual suits, while true, I don’t believe answers the question. Because the casual suit is such a smaller part of the overall suit market, but brogued oxfords are a large market, it would be far too disproportionate to say that the brogued Oxford market developed from the casual suit market.

that’s how I see it anyway.

TheChihuahua said:
the full brogue market is large. And it has been large for a while. And a lot of reputable shoe makers manufacture full brogue oxfords.
Click to expand...

I would not take direction on how to dress from what's on the market. One of Allen Edmonds' most popular models is their Strand in walnut. Yet, most men don't own the kind of clothes you need to wear walnut-colored shoes.

dieworkwear said:
I would not take direction on how to dress from what's on the market. One of Allen Edmonds' most popular models is their Strand in walnut. Yet, most men don't own the kind of clothes you need to wear walnut-colored shoes.
Click to expand...

I wish someone would point that out to my Prime Minister.

I once thrifted a pair of Aldens that were the same color and style as AE walnut strands. I think I wore them a couple times w/ a sport coat and tie. This was about 12 yrs ago, when tan shoes were being promoted heavily. But they didn't suit my style, so I gave them to my brother who wore them w/ light gray suits (plain and PoW) in NY in the summer. I also thrifted some vintage Florsheim chestnut longwings, mostly out of admiration for @DocHolliday. They were better, but I gave those away to a coworker who wears them with chinos in various colors. Tried some vintage Crosby PTBs in that color too. They were OK, but again didn't go with much imo, so I re-donated them. Tan Martegani venetians from @RIDER were really nice (went great with linen pants, gray jeans, blue jeans), but also not ideal for me, so my brother got those too.

They were all very beatiful as individual items. The leather was as nice as leather could be, so I can see how guys are drawn to them. But imo they were too attention-drawing, as the pic DWW posted of Lance Armstrong's interview showed so well. In my 20s, I wore a lot more attention-drawing clothes (peach or lavender dress shirts, purple socks, pink Converse high tops...), and I agree w/ Acapaca and others who've said it's better for young guys to wear those than sneakers, in part because they preserve CM to some measure, and because they're better for the environment than more disposable forms of footwear.
As our island of knowledge grows, so does the shore of our ignorance. – John Wheeler, physicist

I thought on this thread when I saw this picture... 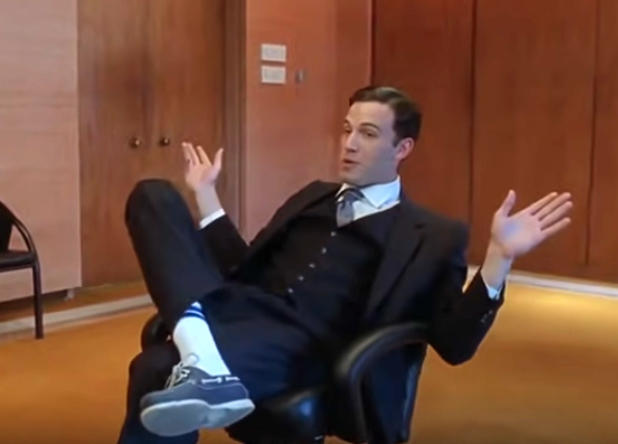 I'm confused. So black oxfords are ok to wear with country-ish suits like glen check: 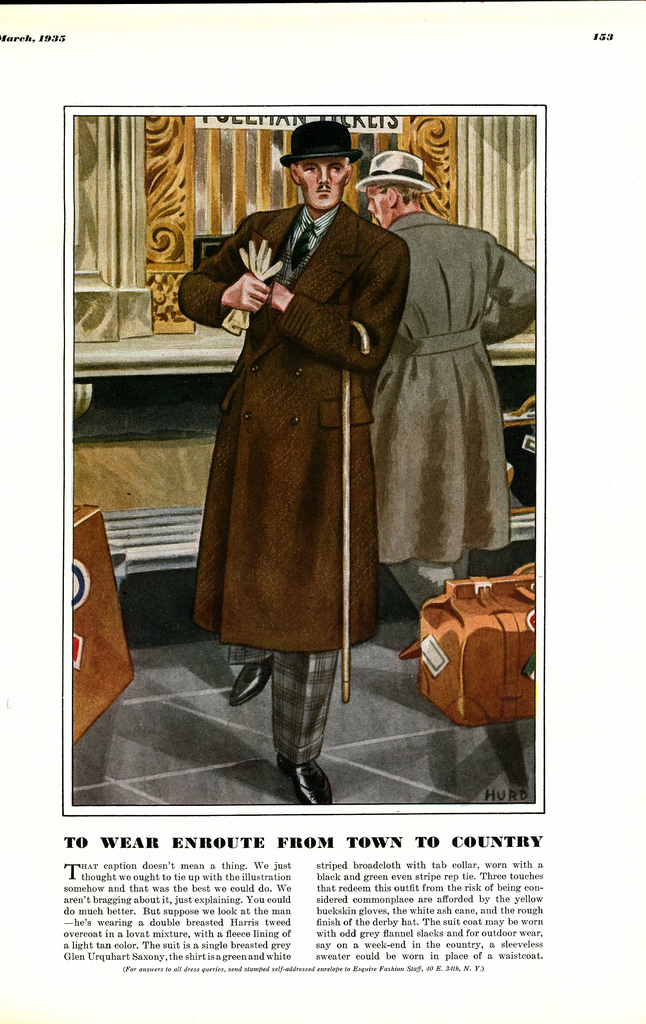 But this guy is supposed to look like crap? 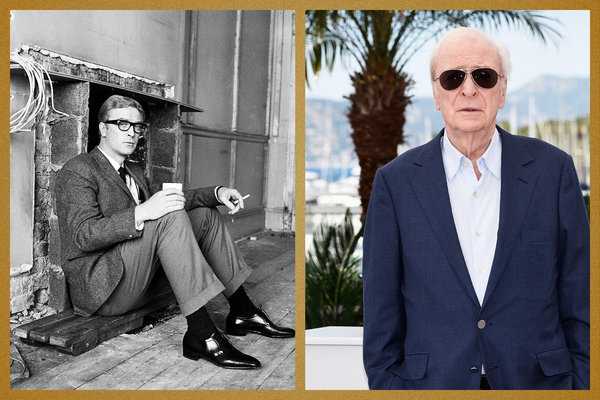 What exactly do we have against trousers, again?
Stay right where you are, and wait for society to form itself round you. - Quentin Crisp

Really wonder if this concept is this difficult to understand, or if some people are being purposefully dense.

dieworkwear said:
I think full brogues can be worn with a suit, casual or formal.

I agree. Which is perhaps to say I have long worn black and dark brown oxford wingtips with "city" suits and hope I'm not to be dragged behind the barn and shot.

I'll add that I can testify first hand that black and dark brown wingtips with suits, including formal business suits, have been an American business staple since at least the mid-80's and likely far longer than that. Currently, perhaps not so much since they don't pair well with Clash t-shirts and shorts. But in the not too distant past and for decades prior they certainly were part of the orthodoxy.

dieworkwear said:
Really wonder if this concept is this difficult to understand, or if some people are being purposefully dense.
Click to expand...

Maybe what it's difficult to do is support. Or at least, without twisting oneself into costume or historical hero-worship or circular reasoning.
J 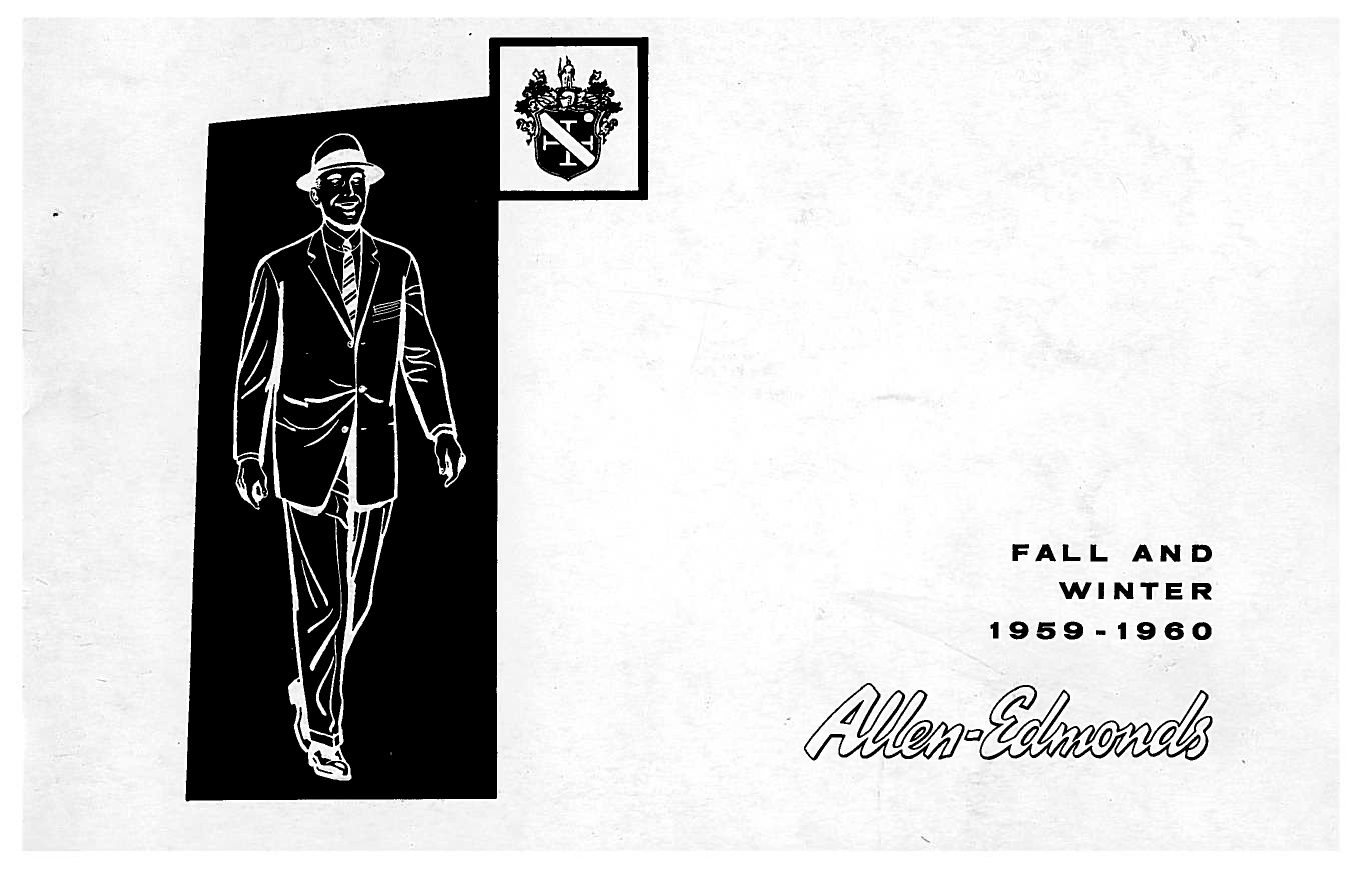 The full brogue (and half brogue) oxford has been popular since at least the 50s, as evidenced by this Allen Edmonds catalogue. More notable is that Allen Edmonds used to have a wholecut during this period, which wasn't a frequently seen style at the time if I recall.
J

Notably, Florsheim only had two oxfords in full brogues, no half-brogues, in their 1969 catalogue. This Vintage Alden Catalog is a Beautiful Shockwave of Shoe Nostalgia

Behold an embarrassment of shoe-geek info on Alden—including the Alden Indy 405 boot, before it was the Indy, and when it still had the cotton duck lining!

Alden early 80s catalogue had some brogued oxfords, but it was very much on the "truebalance" side of things then. Hand-makers from all over the world are still in awe at their beauty and pour over the level of craftsmanship that was painstakingly instilled pair by pair.

A number of brogued oxfords by Crockett and Jones, looking to be from pretty early on.

So yes, the brogued oxford has a fairly robust pedigree.
J

Conversely, Rockport has no oxfords, period, here, but you do find them elsewhere on the site rarely, with a predominance of mislabeled derbies as oxfords

I'm just gonna...step away for a bit.

My point being is that decent shoe companies seem to genuinely make oxfords with brogues, bad shoe companies don't even know what an oxford is, few offer brogues right now in an oxford, and they sure love their crappy derbys.

acapaca said:
Maybe what it's difficult to do is support. Or at least, without twisting oneself into costume or historical hero-worship or circular reasoning.
Click to expand...

There's no way to support an argument if people don't share a premise. If I say that lasagna is good, and you think lasagna is bad, then there's no reason for you to follow my lasagna recipe. I can't "prove" to you that lasagna tastes good.

People have posted many photos showing the "other side." I think many of those photos look terrible. You think the photos I've posted are terrible. So there's no way I can "support" my argument, as we don't agree on aesthetics.
M

FlyingHorker said:
"I think you really overestimate how much anyone cares about the this Golden age you appear to be obsessed with. "

Hard pass on this statement. Speak for oneself on that one.
Click to expand... 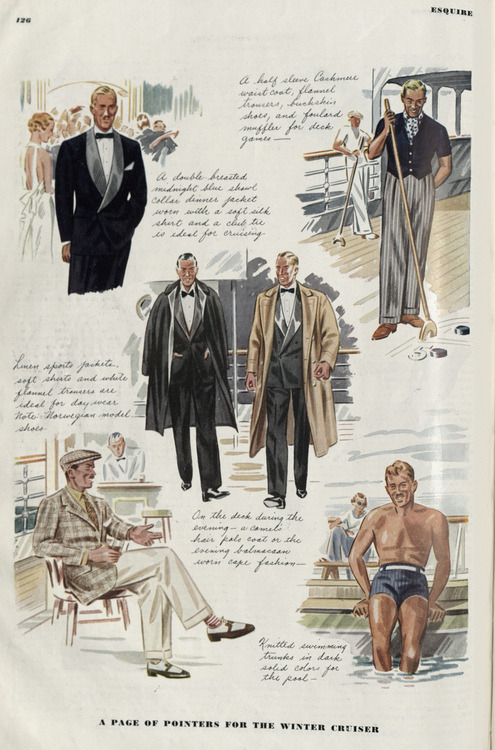 A friend of mine recently scanned some remarkable scans of old issues of Esquire and Apparel Arts, all originally published around the 1930s or so. Apparel Arts was a quarterly large-format publication, started by Arnold Gingrich, who was also the founder of Esquire. Where Esquire was aimed at...
dieworkwear.com

as a person of color, what i see are the WASPiest of white men, engaging in the most white-male privileged and exclusionary activities that I can think of.

literally not a single POC in any of the thousands of Apparel Arts illustrations @dieworkwear worships.
The few women they show are all white and blonde, and serve only as trophies for the white men.

So I hope you will understand if I don't find it relevant.

If @dieworkwear thinks this country of full of white supremacists now, he might want to think a bit harder about the mentality of these folks he is glorifying.

If I saw anyone dressed like that today, I would assume they came out of the set of a period drama.