Viatu said:
Incoming from Pastena. The fabric is a 280/290 oz Drago fabric. Side adjusters will be added to the pants.
Click to expand...

I see you're on a spree like I am

Crispyj said:
I see you're on a spree like I am

I am deciding on an odd jacket as well. I have a limited Fox tweed and Marling & Evans 50/50 Wool Linen. Either I send both those in or sell both to fund new fabrics. 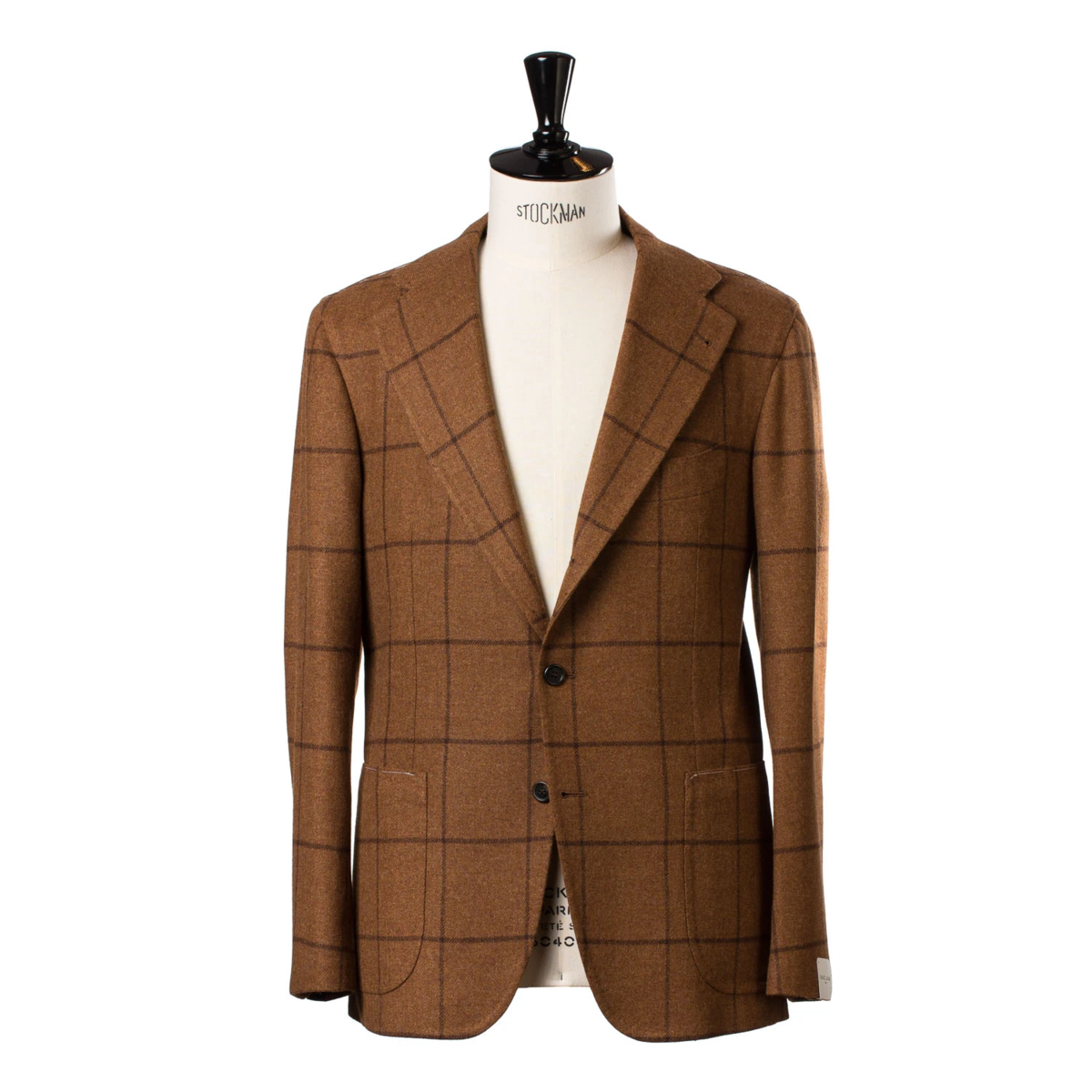 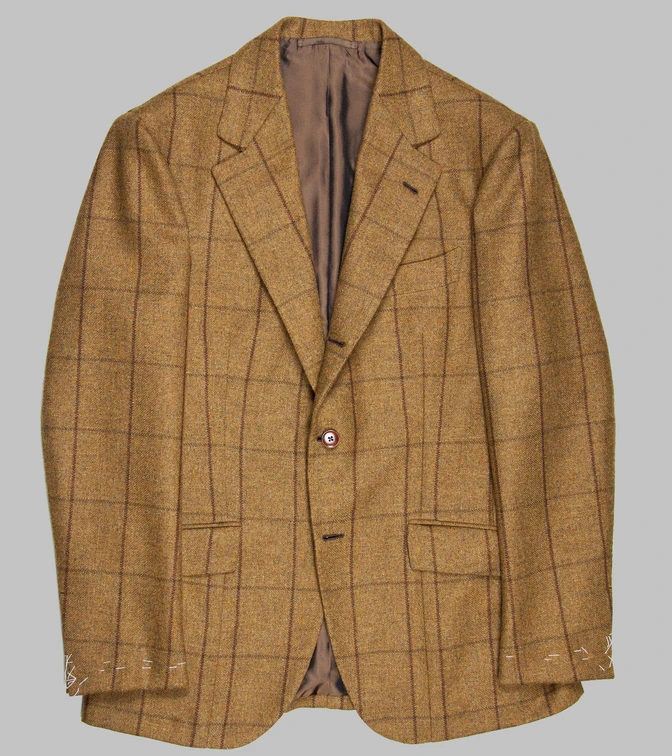 New jacket - Caccioppoli with Rampley and Co inside. Built to strike fear in Huguenots. 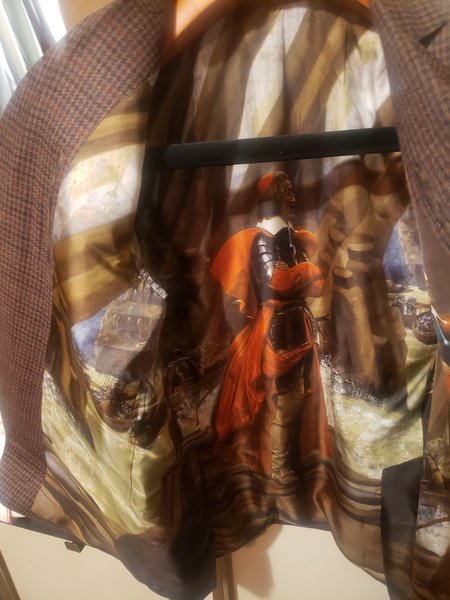 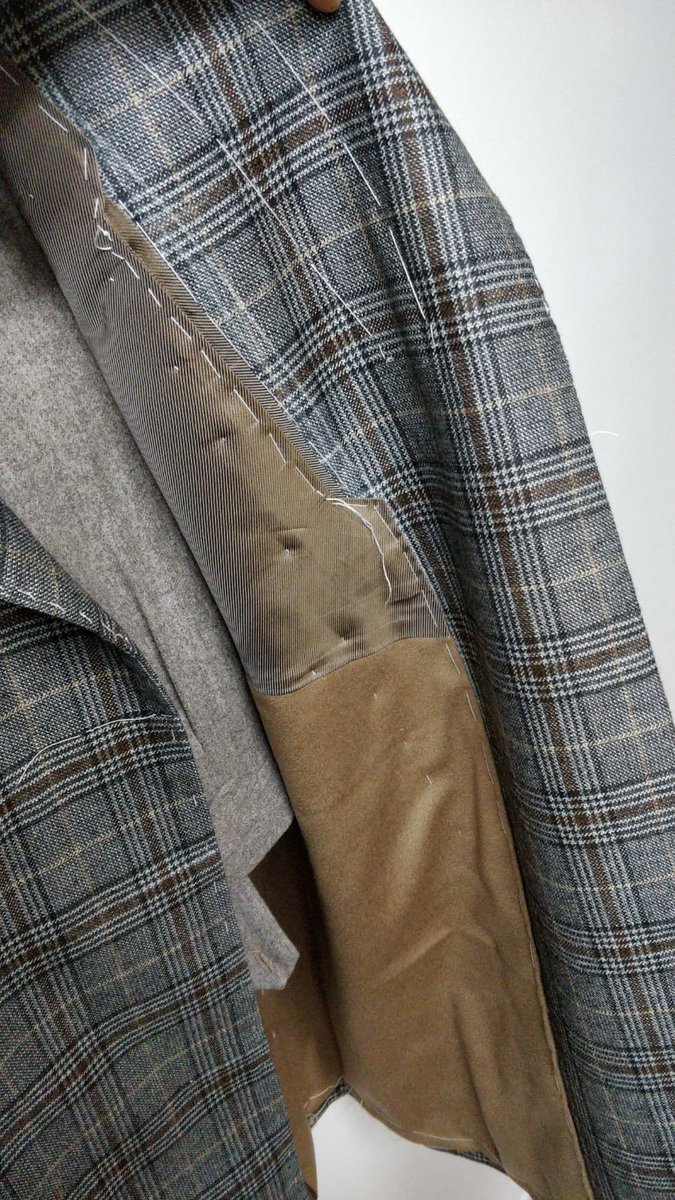 From my tailors IG. First fitting next week 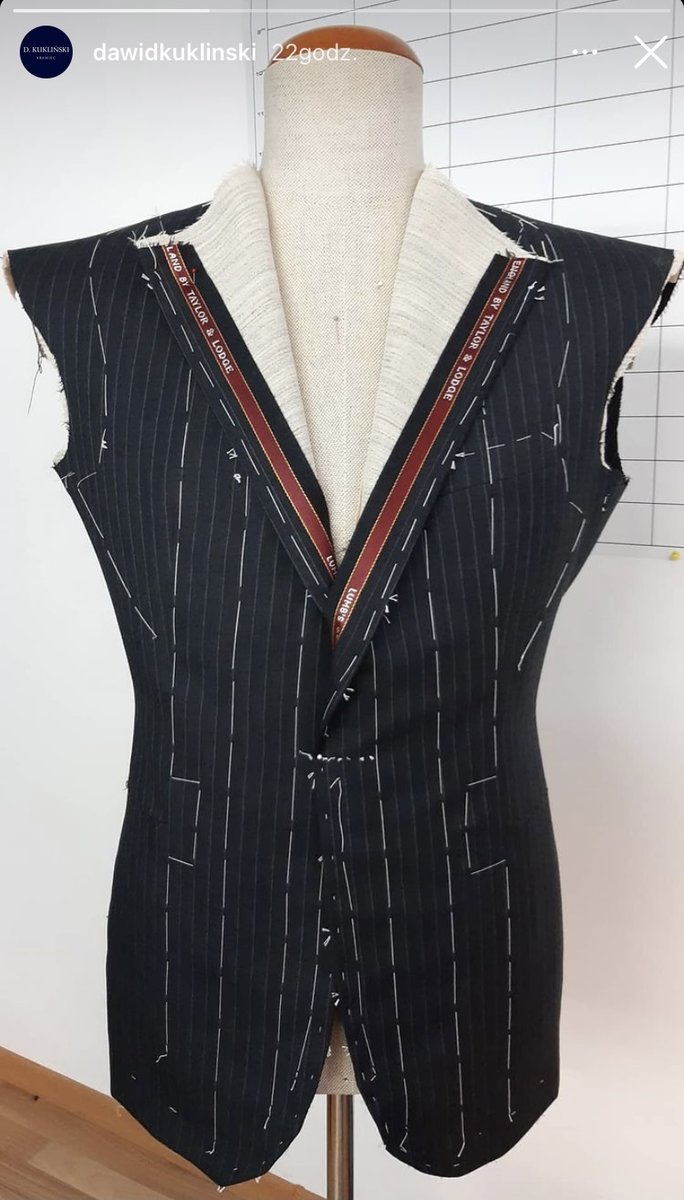 Crispyj said:
I am deciding on an odd jacket as well. I have a limited Fox tweed and Marling & Evans 50/50 Wool Linen. Either I send both those in or sell both to fund new fabrics.

Not a big windowpane fan (at least for myself), but my vote is for the Fox.
Half a cup of rock and rye,
Farewell to you old Southern sky,
I'm on my way...

@ValidusLA how do these wear compared to the standard bemberg/cupro linings?

classicalthunde said:
@ValidusLA how do these wear compared to the standard bemberg/cupro linings?
Click to expand...

Mmm ok so... silk doesn't wear as nice as cupro. This is sorta just....the way it is.
But there are degrees of silk. My tailor actually owns a somewhat recently acquired silk importer / printer. He has been extremely complimentary of the Rampley and Co silk quality. It is nicely light for how durable it is etc.

I don't generally put these in anything under 10-10.5 oz. I certainly would go for cupro (or half lined) on any traveler or hot weather jacket.

I find silk to be hotter than cupro and I don't like it.

coolpapa said:
I find silk to be hotter than cupro and I don't like it.
Click to expand...

I think this is what I alluded to in the post above, isn't it?

If you are concerned with comfort above all other concerns, silk is not the way to go.

Yep, I was agreeing with you.

I just saw John Di Pietro this afternoon for a basted fitting. (He normally isn't in the shop on Tuesdays during the plague, but he was in the neighborhood for a dentist's appointment)

It will be a single-breasted, two-button ventless jacket with cloverleaf lapels in a wool and cashmere Zegna fabric that I had been noticing on his shelves almost since I started visiting him. 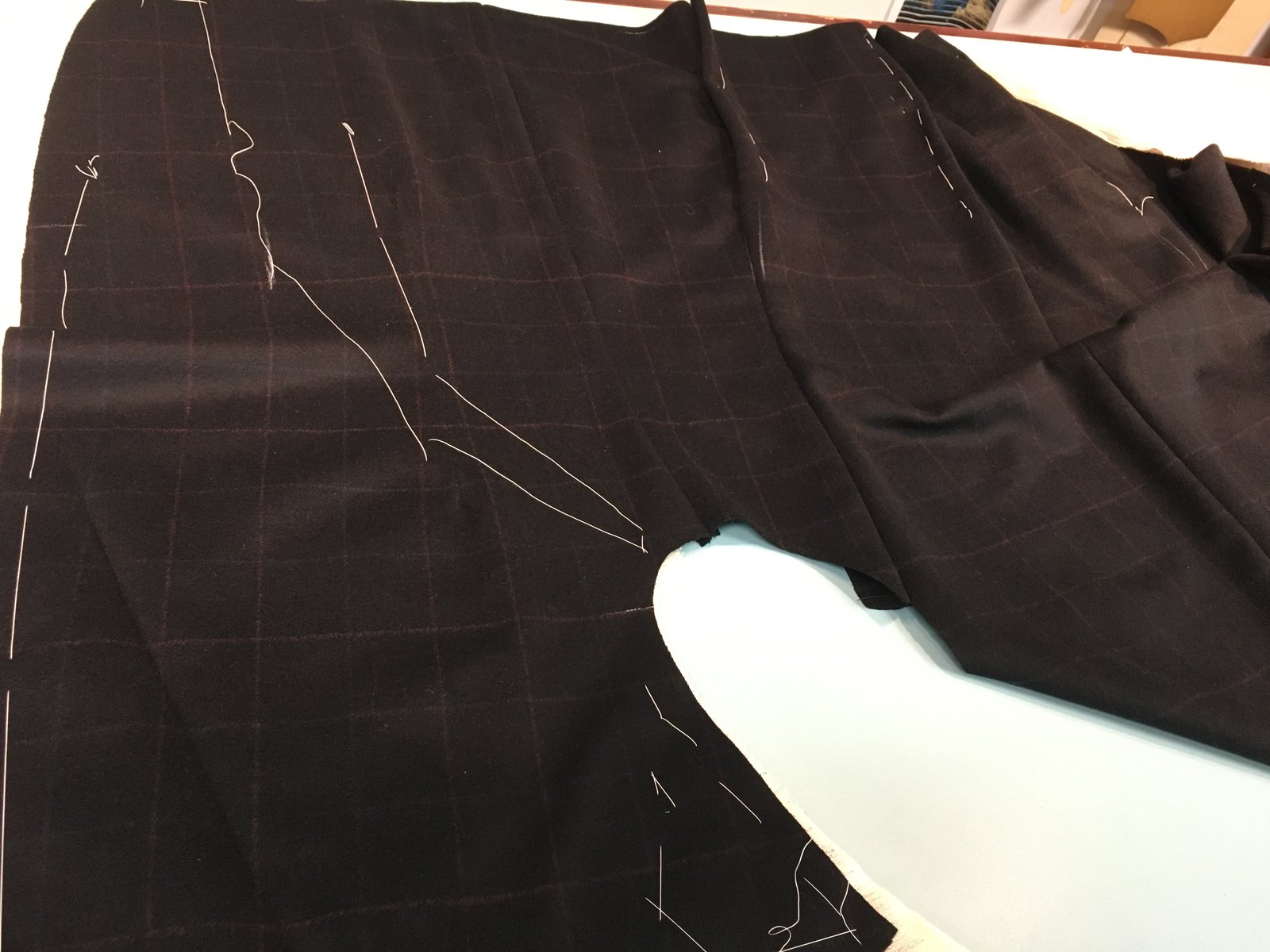 This is the jacket in its basted state. Mr. Di Pietro tells me that he had to use a flashlight for the pattern matching. (N.b. It's currently mocked up with side and center vents as I was originally unsure as to what I wanted, but those will all be sewn closed) As a testament to what lighting can do, this is what the flash on my camera did to the cloth when I took this close-in picture of the arm. It's rather washed out, but shows the colors of the plaid a little better.

The jacket will also have a barchetta pocket, cuffs and mother-of-pearl buttons; it's not going to be a subtle garment. 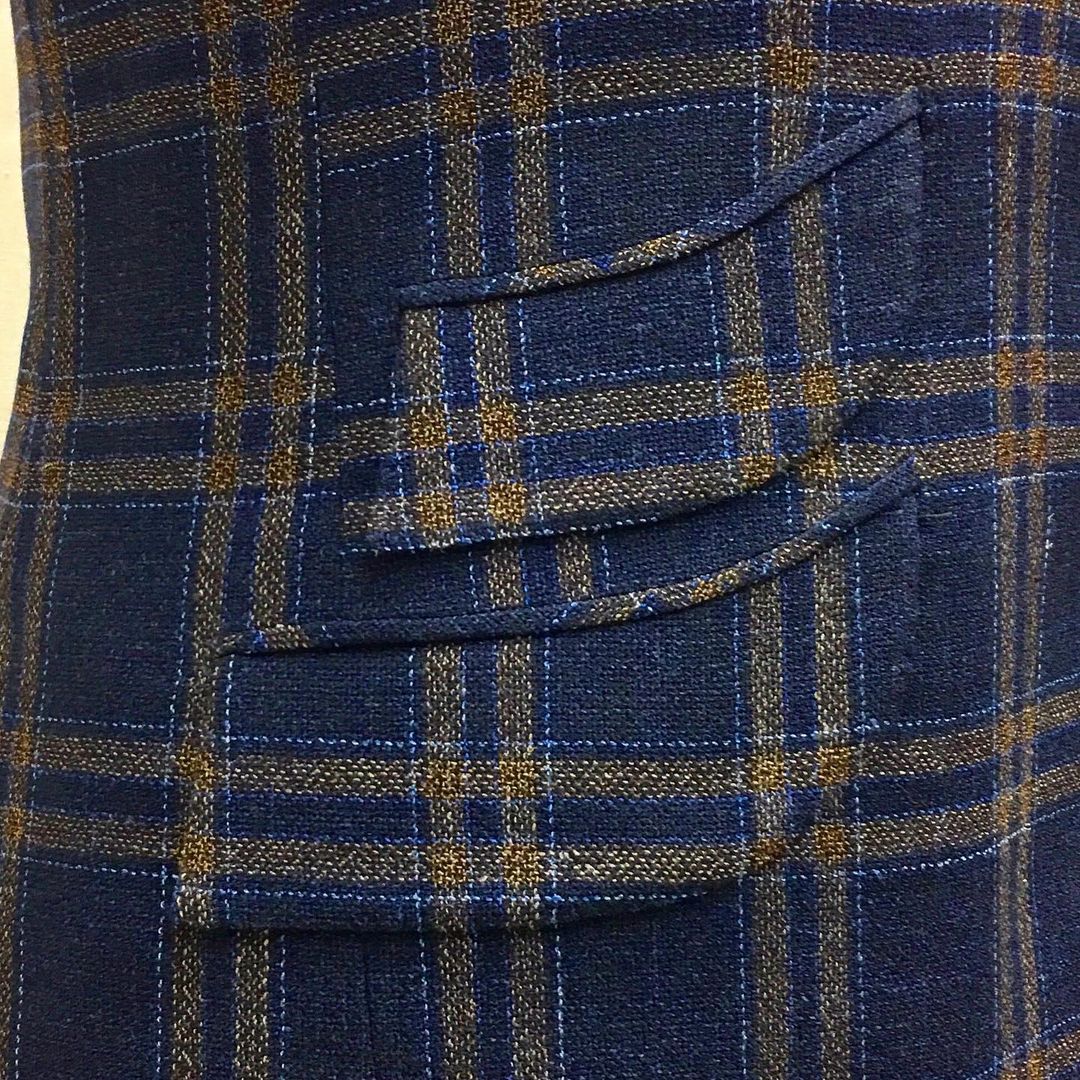 I had also hoped to have crescent pockets like these by Dege & Skinner, but after having examined the pictures and consulted with several colleagues, Mr. Di Pietro couldn't figure how to do it out. The shape of the flap is no trouble, but he couldn't determine how the jet along the top was constructed. Instead it will have hacking pockets with flaps that curve at the front.
"Clothes have always had a wonderful influence on my physical well-being as well as my self-assurance. All I have to do to make me feel like a new and younger man is to order three new suits of clothes. My fur-lined overcoat gave me such a glow of health that very shortly after acquiring it I was able to enjoy the hazards of a Gargantuan studio cocktail party without a single twinge of pain."
~Adolph Menjou
You must log in or register to reply here.
Share:
Facebook Twitter Reddit Pinterest Tumblr WhatsApp Email Link
New posts