Official: STAR WARS THREAD. These are the droids you're looking for. **WARNING MAY CONTAIN SPOILERS


Star Wars fans, you might want to sit down for this one — The Walt Disney Company just announced its plans to purchase Lucasfilm Ltd from George Lucas, with plans to release Star Wars: Episode 7 sometime during 2015. While there aren't any release dates yet for Episodes 8 and 9, those films will be coming as well — and the studio has even more beyond a new trilogy planned for the future. The deal is a stock and cash transaction, with Lucas receiving about half of the $4.05 billion value of the deal in cash plus some 40 million stock shares. ""It's now time for me to pass Star Wars on to a new generation of filmmakers," Lucas said in a statement. "I've always believed that Star Wars could live beyond me, and I thought it was important to set up the transition during my lifetime."
Click to expand... 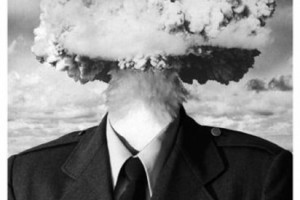 Yes, I know these are likely going to suck but a fan can have some new hope right?
Last edited: Oct 30, 2012
I don't really believe any of the crap I post here, I just do it because JR Mouse pays me by the word to promote his leftist agenda. - lawyerdad

A new Star Wars every 2 to 3 years? Before those recent abominations came out I would have been excited, but now I'm just

Somebody get Tokyo Slim in here. This is the clearest sign yet that the zombie apocalypse is coming.

I'm unsure how to process this news. On one hand, Lucas has done little but rape and destroy my childhood memories in the last years. On the other hand, putting the franchise in fresh hands may be just the shot in the arm it needs to rekindle some of the spark that made the originals so great. Yet on my third hand, I have little love for Disney these days other then the Pixar films.

What's a fanboy to do?

I don't really believe any of the crap I post here, I just do it because JR Mouse pays me by the word to promote his leftist agenda. - lawyerdad
R

They need to do the Timothy Zahn trilogy into movies.

My vote goes to the Timothy Zahn trilogy for VII, VIII, and IX. Those three books captured the essence of the episodes IV, V, and VI like no other Star Wars book has.

That would be awesome. Biggest problem is going to be them recasting the characters with new actors. They would only be slightly older then at the end of ROTJ so fans would be a lot more picky on the casting then they would if we were talking decades earlier or later.
I don't really believe any of the crap I post here, I just do it because JR Mouse pays me by the word to promote his leftist agenda. - lawyerdad

Look we all know what this may end up being, but I am going to keep an open mind for now. I'd like to hear some details on the direction they plan to take it and who will be handling the script and director duties. Lucas became tone deaf to his core audience and fans over the years. Maybe someone at Disney see this and the opportunity it provides.

Or it could all suck.
Last edited: Oct 30, 2012
I don't really believe any of the crap I post here, I just do it because JR Mouse pays me by the word to promote his leftist agenda. - lawyerdad
H

I hope they go through with 3 new starwars movies. I personally liked starwars 1,2,3 and would welcome 7,8,9. With technology in 2015-18-21 it would make for some pretty amazing films.

JR...over 10 years ago we witnessed some of the most horrific things ever to be seen on the big screen. I think I could forgive them for recasting our beloved characters if they just give us an engaging story with a decent script (even half-decent would be better than anything we heard delivered in I,II, & III; Liam Neeson could only polish a turd so much). My only caveat would be finding unknown actors to fill the roles.

Plus, Thrawn is the only worthy villain left in the franchise.

Disney's done well - Pixar, the Marvel movies. In any case, it can't be worse than the shit Lucasfilms has been putting out.

Thrawn would be cool, I guess, but recasting everyone sounds kinda shitty.

They could do the new generation stuff - Yuuzhan Vong would make for some excellent CGI.

[VIDEO]![/VIDEO]
I don't really believe any of the crap I post here, I just do it because JR Mouse pays me by the word to promote his leftist agenda. - lawyerdad

Solid predictions of the outcome and fallout of this deal from Gamasquad.


What does this mean for fans of Lucasarts beloved franchises? Well, honestly, nothing good. Disney is run by Alan Horn, who is infamous for being almost the cartoon of the bean-counting studio executive. Worse, he’s head of the stereotypical bean-counting, art-hating movie studio, a company so mercenary they actually included a bunch of sports clips on the Cinderella DVD to promote ESPN Classics because they were “Cinderella moments in sports.”

So, with that in mind, here are a few predictions about what’s going to happen across all the media Lucasfilm touches:

First and foremost, Star Wars: Episode 7 is apparently being fast-tracked for 2015. Yes. Episode 7. Either they’ve got a script already written, or this is going to be one hell of a rush job. This may not be a bad thing, in the sense that having George’s toys taken away from him might motivate him to actually make a movie worth watching.

The good news is that Kathleen Kennedy, part of Spielberg’s entourage, is now in charge of anything Star Wars related.

Any Indiana Jones movies or TV shows will have to go through Disney AND Paramount, making his squeeze a lot less likely. That said, Paramount likes money just as much as Disney, so expect a cartoon.

Speaking of Indy, expect Disney to try and cross over Indy and National Treasure, or maybe Pirates of the Caribbean. I wish I were joking about this, but Disney was rumored to want to cross over the latter two. It’s hard to see them not desiring the “synergistic possibilities” in crap like this.

If The Clone Wars doesn’t get canceled, or at least dragged to Disney XD, Warner Bros. has blackmail photos. Either way, expect a lot more Star Wars animation.

Second silver lining: Industrial Light and Magic and Pixar are now under one roof.

Third and final silver lining: Disney will likely flip off George and put out the original cuts on Blu-Ray.

Dark Horse is likely going to lose the Star Wars license, which is a damn shame since they’ve been handing in great stuff for decades now. But Disney owns Marvel, so why give a valuable property to a competitor?

Indy will get his own miniseries from Marvel, likely a backdoor to an ongoing. This I’m optimistic about; it’ll likely go to somebody top-tier but suited to the material. There are several Marvel writers I’d love to see on an Indy book.

You might want to buy your Dark Horse omnibuses now: I won’t be surprised if Disney gets a bit dickish over reprints.

It kills me to say this, but Lucasarts is pretty much all but screwed. Disney tolerates video games and likely doesn’t see any value in making games that aren’t cheap tie-in platformers. If anybody was wondering why Clint Hocking had suddenly jumped ship without shipping a game, it’s because he saw the writing on the wall.

On that point: expect more games like Star Wars Kinect. Again: Not joking. Most of Disney’s current-gen output consists of tie-ins of variable quality.

If Star Wars: 1313 is not a lot further along than it looks, it might get spiked solely because it’s cheaper to do that than to see a relatively risky project through to its conclusion.

On the bright side, we might finally see somebody get off their ass and officially rerelease games like Full Throttle and Day of the Tentacle.

In general, expect a lot of “cross-synergies.” Darth Vader is going to turn up on sports programming. Disney tweens are suddenly going to be running around in Jedi robes. The Force will be strong with Mickey.

Again, these are predictions, not written in stone. I’m being cynical here, and I really hope I’m wrong. I don’t want people to get fired or a classic franchise to get bad-touched (more). I’m just not sure that won’t happen.
Click to expand...

Last edited: Oct 30, 2012
I don't really believe any of the crap I post here, I just do it because JR Mouse pays me by the word to promote his leftist agenda. - lawyerdad
H

He's being too cynical, but I don't think he's that far off with how Disney will try and milk this deal and the properties that come with it. Not that Lucas wasn't already doing that on his own for years, so it's not like we haven't seen a lot of this before.

Wonder how long it's going to take till we start to hear news on the director and such. Sounds like they have a script almost ready.
I don't really believe any of the crap I post here, I just do it because JR Mouse pays me by the word to promote his leftist agenda. - lawyerdad
You must log in or register to reply here.
Share:
Facebook Twitter Reddit Pinterest Tumblr WhatsApp Email Link
New posts