My visit to Crockett & Jones

Crockett & Jones was founded on the eve of a revolution. When the company opened its first factory in 1879, it operated much like the tailoring houses on Savile Row – the factory cut the leather parts, which were then sent to outworkers to be sewn together and brought back for welting and finishing. A true cottage industry.

Across the Atlantic Ocean, the revolution had already started. Given the technological limitations of the time, it was not televised. In 1869, Charles Goodyear Jr. (son of the rubber vulcanizer of tire fame) patented a machine that could welt a shoe in a matter of minutes, a process which would take a hand welter hours. Over the strikes and protestations of Luddite shoe industry operatives, this invention eventually transformed the shoemaking industry in Northampton.

Instead of sending leather out to be sewn by hand, operatives in the new regime had to come to the factory to use the machines. Crockett & Jones moved to a new, larger factory, in Perry Street in 1890. Crockett & Jones remains in this same factory today, albeit with a major addition in 1911. The factory is surrounded by houses, which would likely have been filled with factory workers generations ago, before cars were in common use.

To the modern ear, “factory” implies some sort of automated process in which raw materials are set adrift on a conveyer built, and, after a few minutes in some rumbling aluminum tank, appear as shoes. The Crockett & Jones factory bears no resemblance to this image. The factory today uses essentially the same process as it did when it first opened. Leather uppers are cut, then closed, then lasted, then welted to the insole, then attached with both glue and stitching to the outsole, and then finished with heels and some polish.

While most steps involve some kind of machine, the factory operatives would likely be surprised and offended if you told them they weren't working with their hands. Consider, for instance, the trimming of the soles, a Crockett & Jones specialty. The soles are cut far bigger than the last; there is a castor knife used to encompass all last shapes throughout the size range. After the soles are stitched to the welt, they are trimmed down to their final shape. This is done in stages. The first trim is a rough cut that also cuts a groove for the sole stitch (Rough Rounding), with the finest work left to the final trimmer (Edge Trimmer) . The heels follow a similar process. They are trimmed roughly and then go through stages of rough to fine emery paper. The operatives shape the soles and heels by eye. Trim too much and you risk slicing into the welt stitching or the sole channel. Don't trim enough and you leave the shoe looking clunky and inelegant. Crockett and Jones trusts their craftsman to trim the soles very tightly, which is part of what gives their shoes a sleeker look than most Goodyear welted shoes. This isn't a setting that they've punched into a machine – it's a skill and a focus that their operatives have acquired, based on a priority that the company has given them.

These subtle innovations in shoe silhouette are oscillations around the core of what Crockett & Jones shoes represent – well-made, beautiful English shoes that will look even better 15 years and a few resoles later. 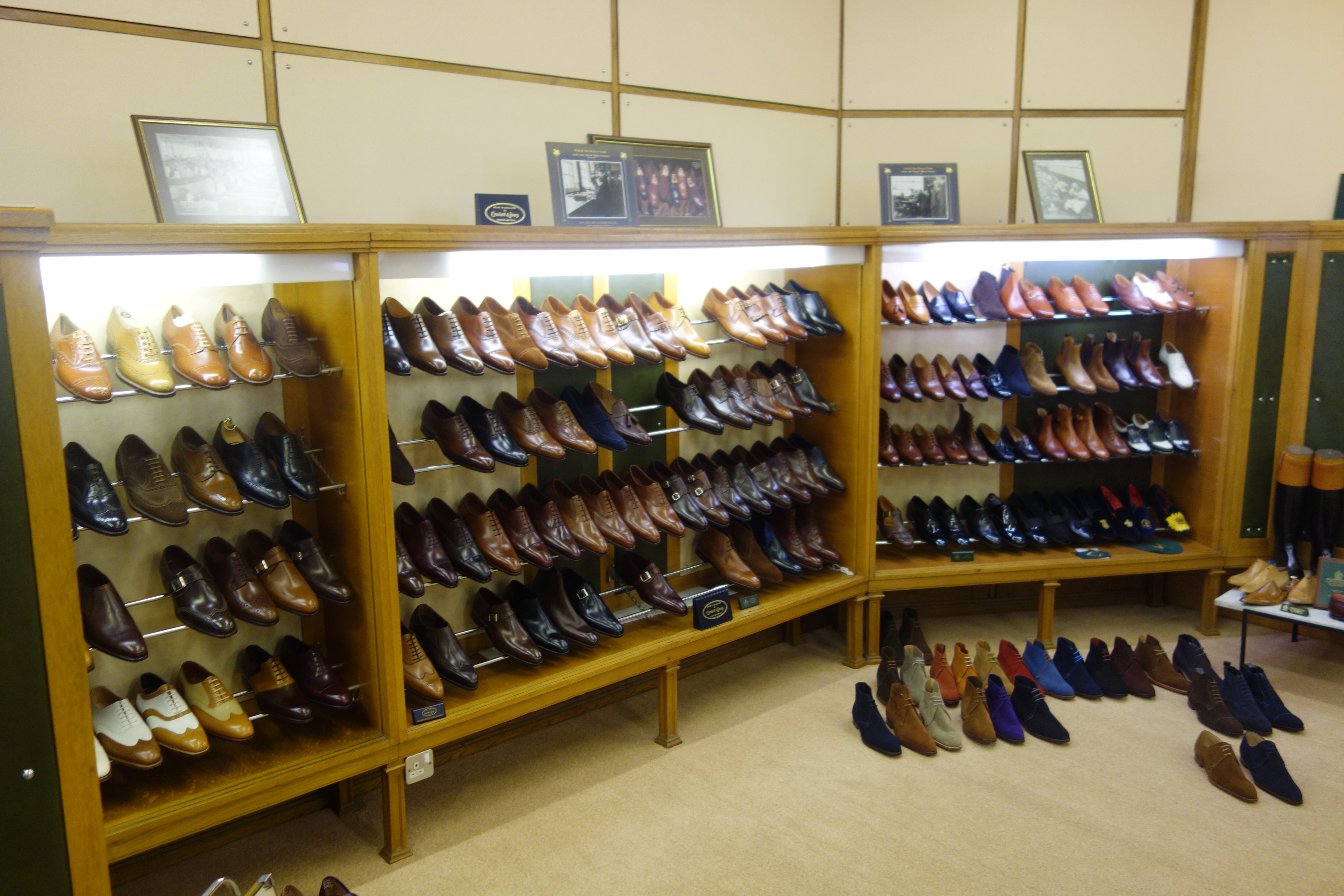 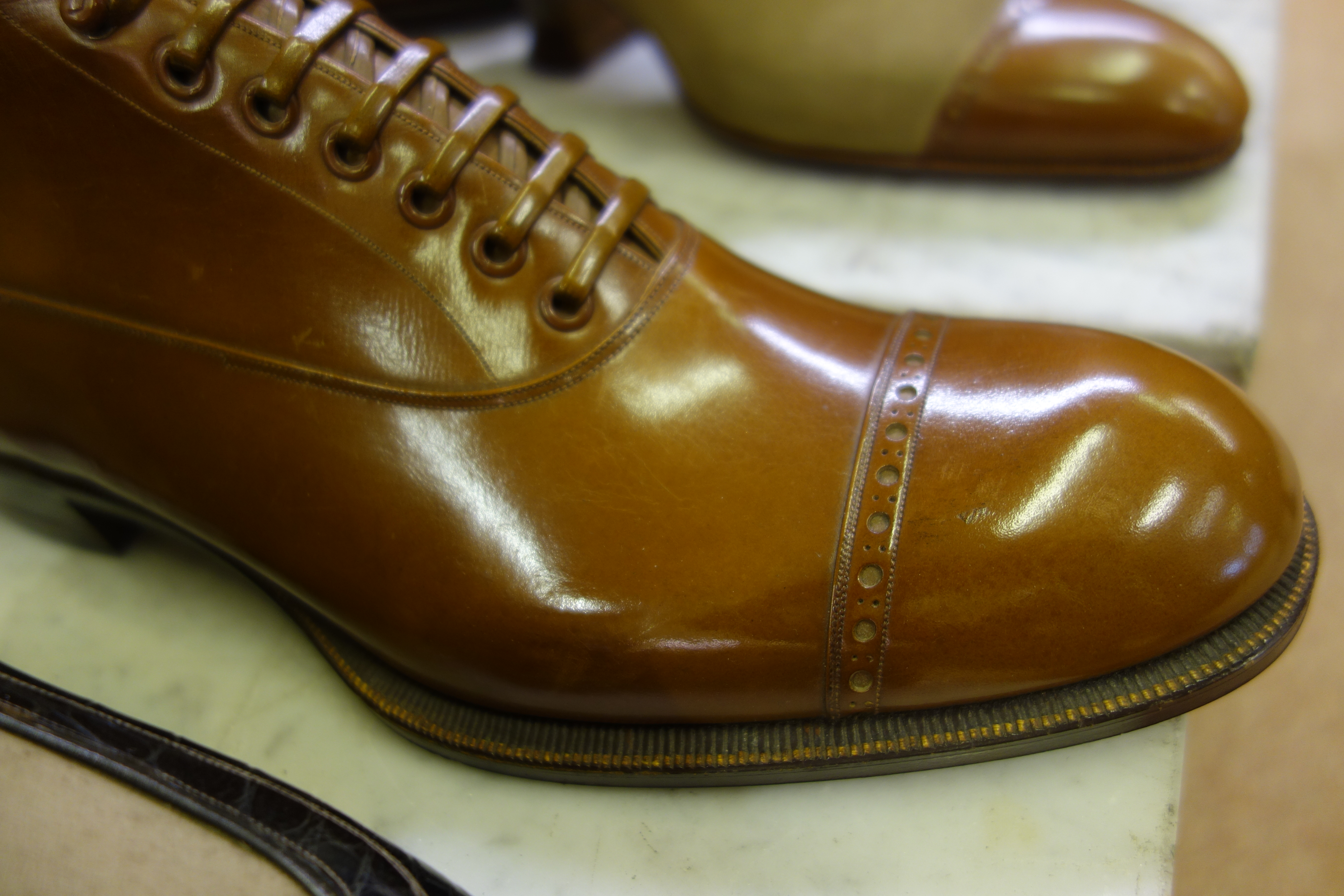 A boot from the early 20s. Note the fine stitching. A vintage ladies shoe. In the 20s-40s, Crockett and Jones sold more women's shoes than men's. 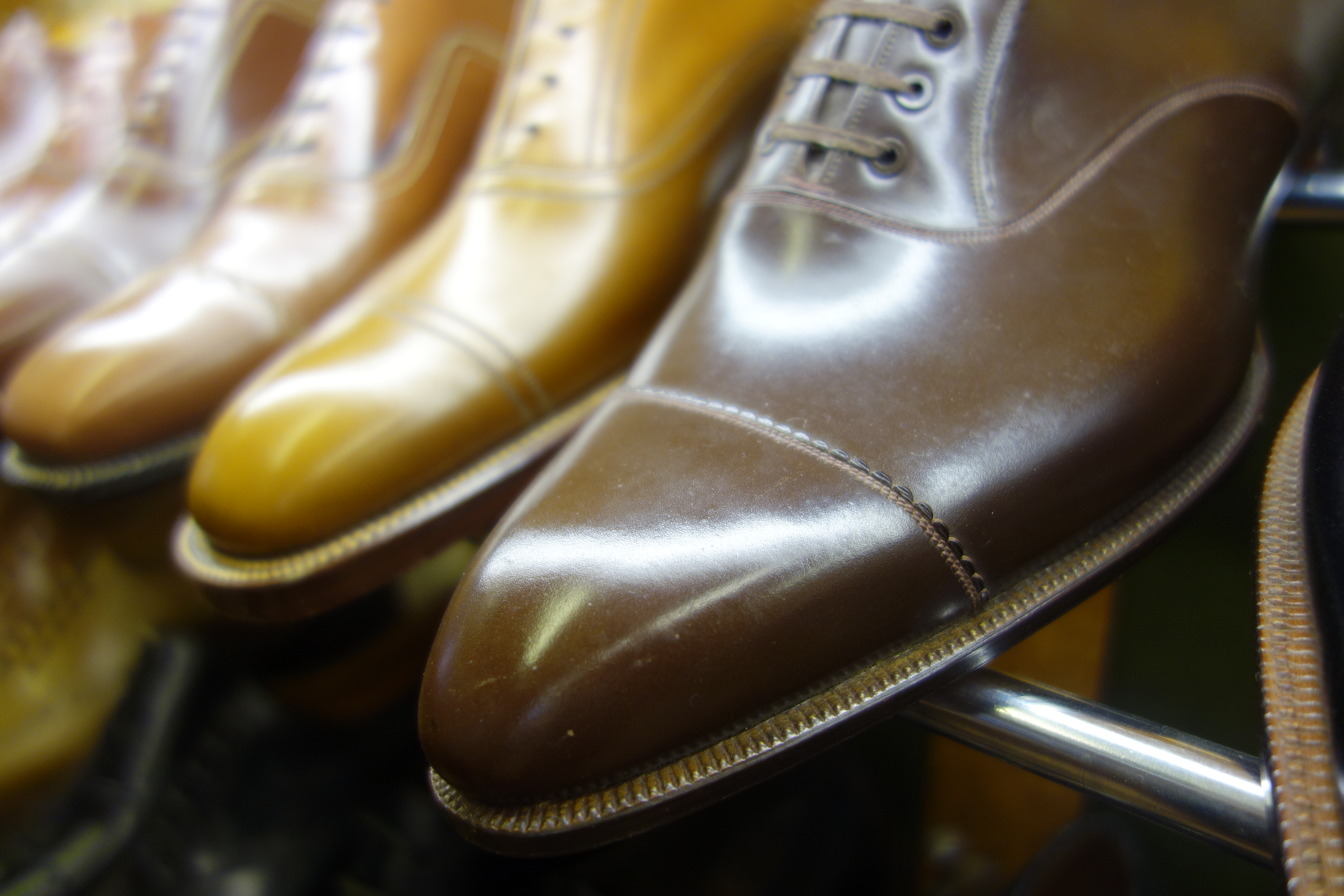 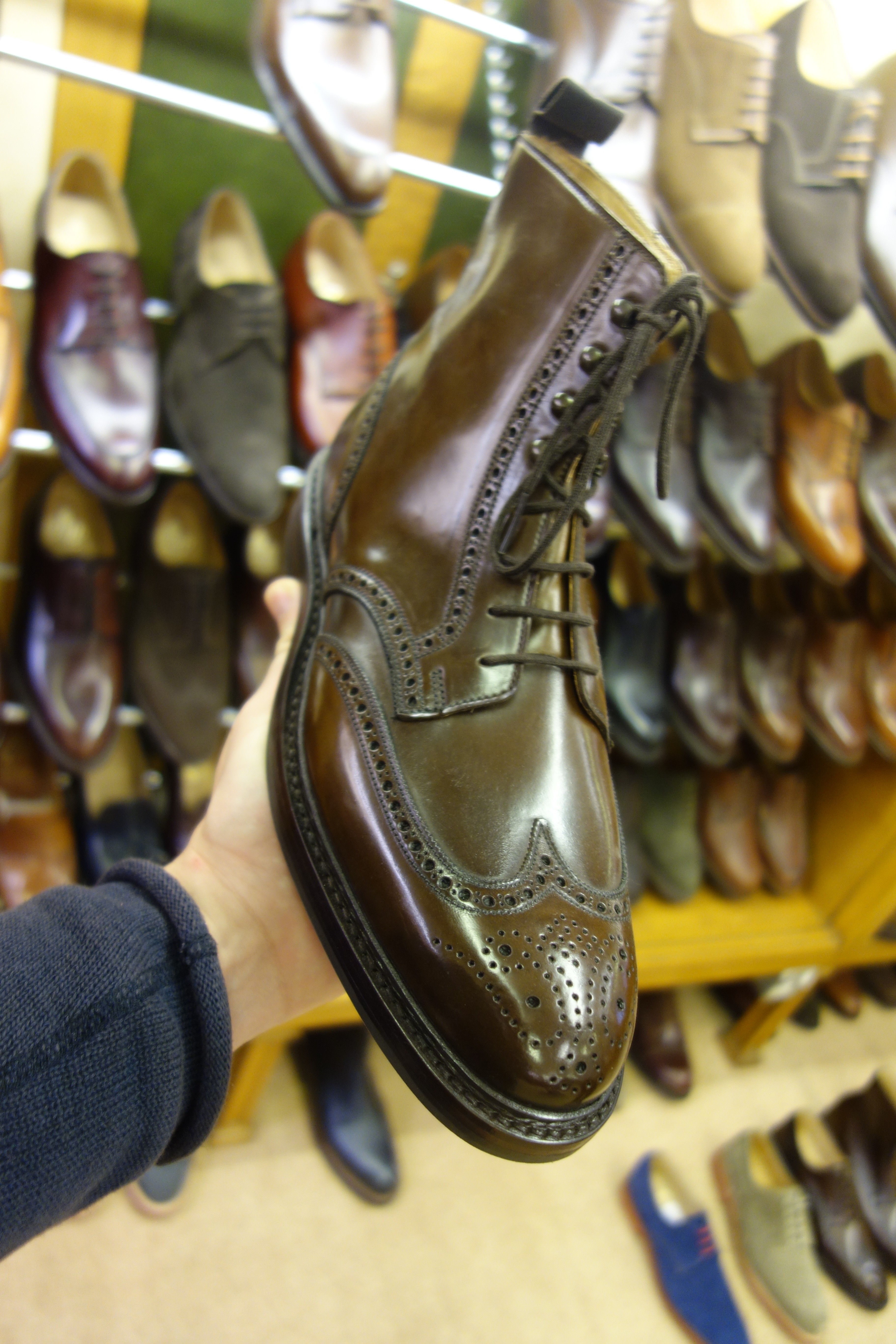 Crockett and Jones makes some of the finest country boots you'll ever see. This is the Skye. The Islay in scotch grain will be on my shopping list for my next trip to NYC. 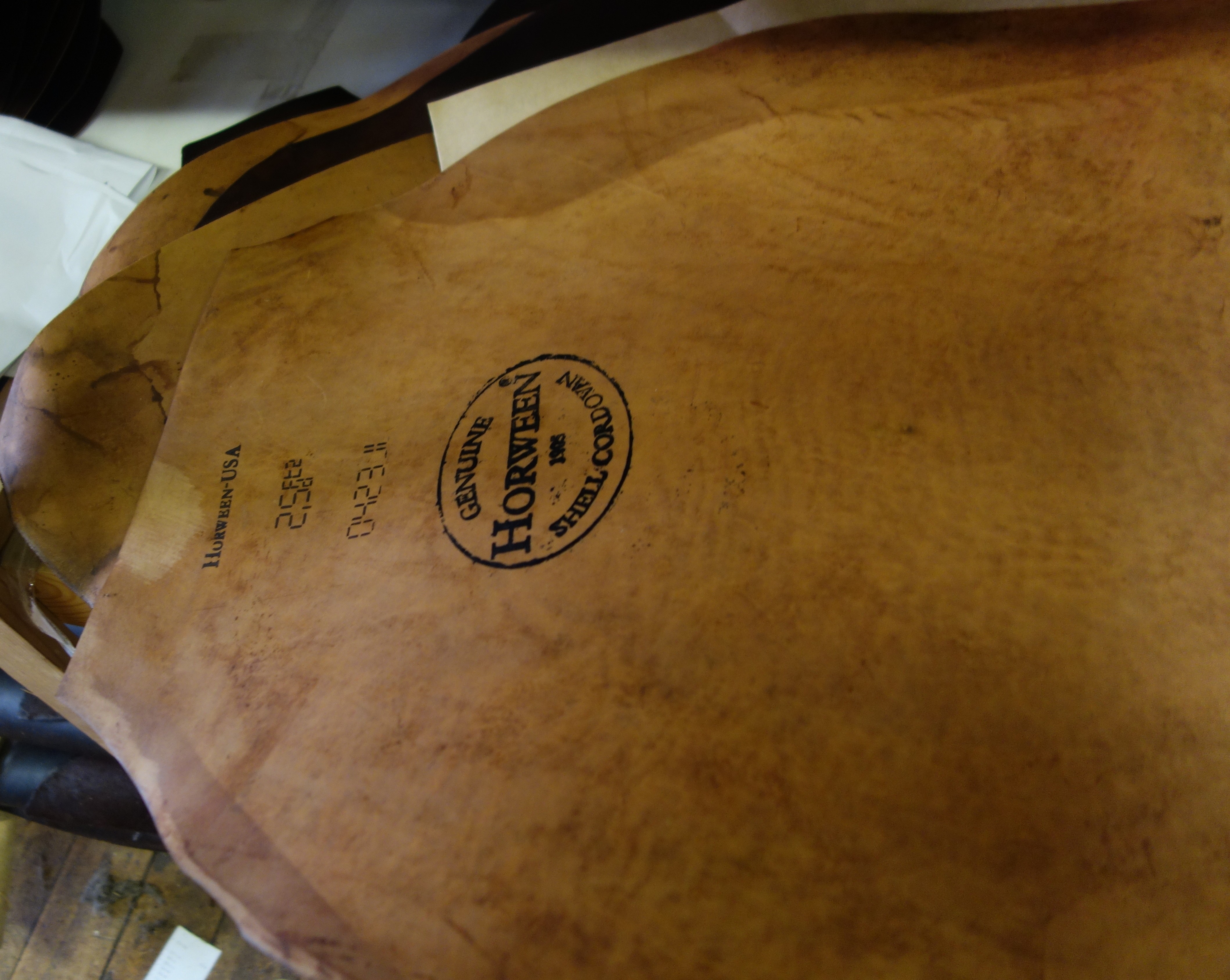 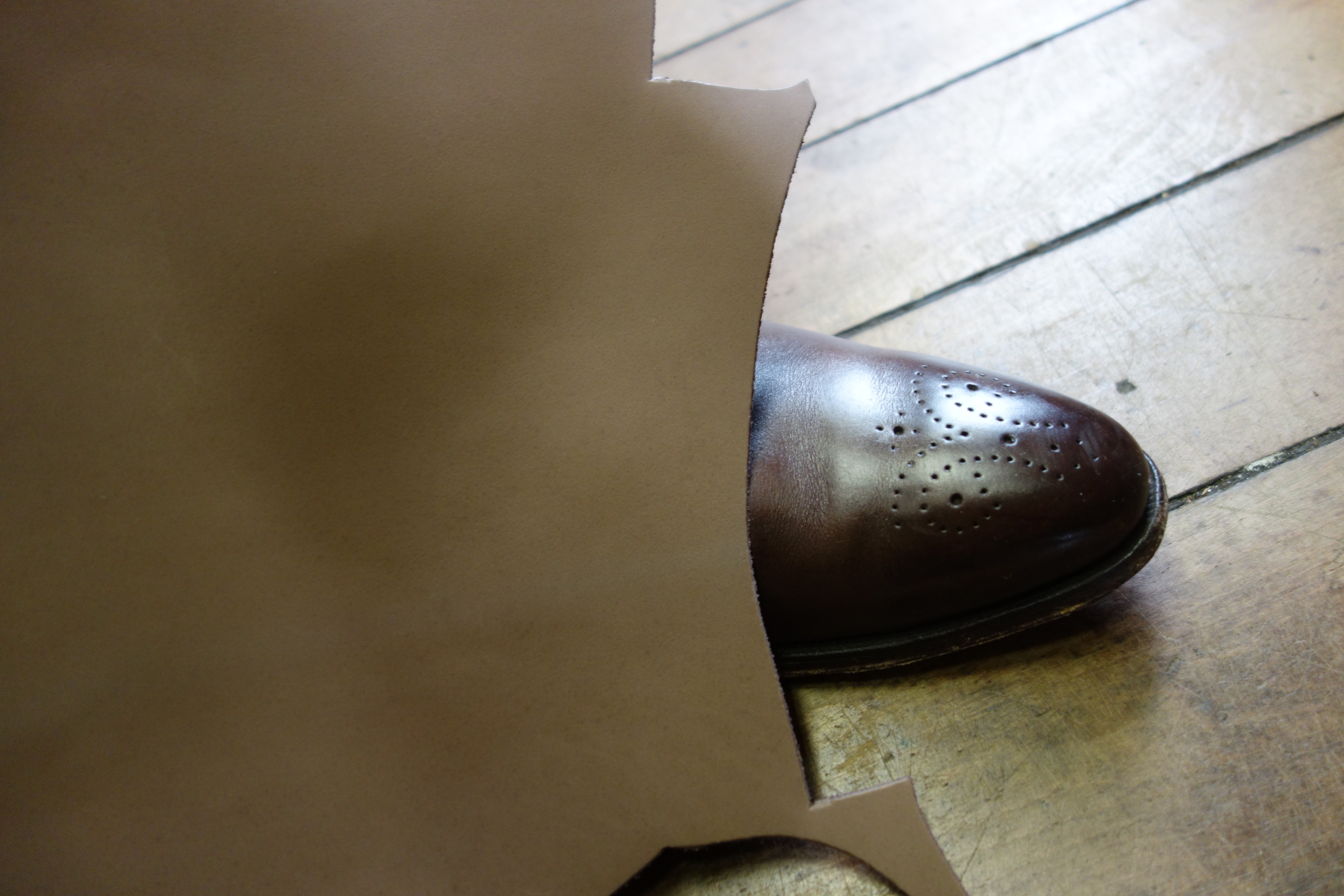 The leather will end up the same color as that shoe. 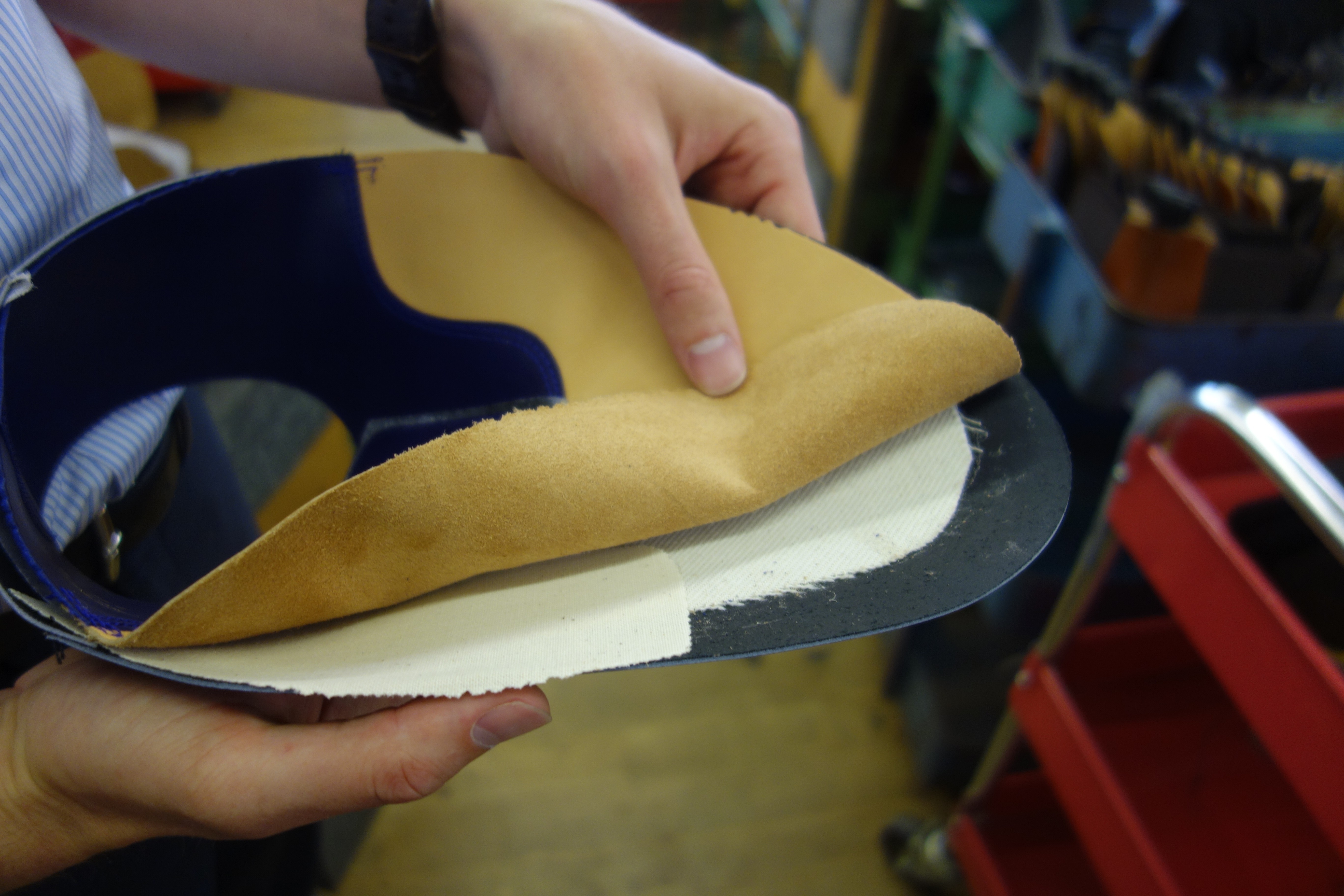 Lining canvas, and upper sewn together. 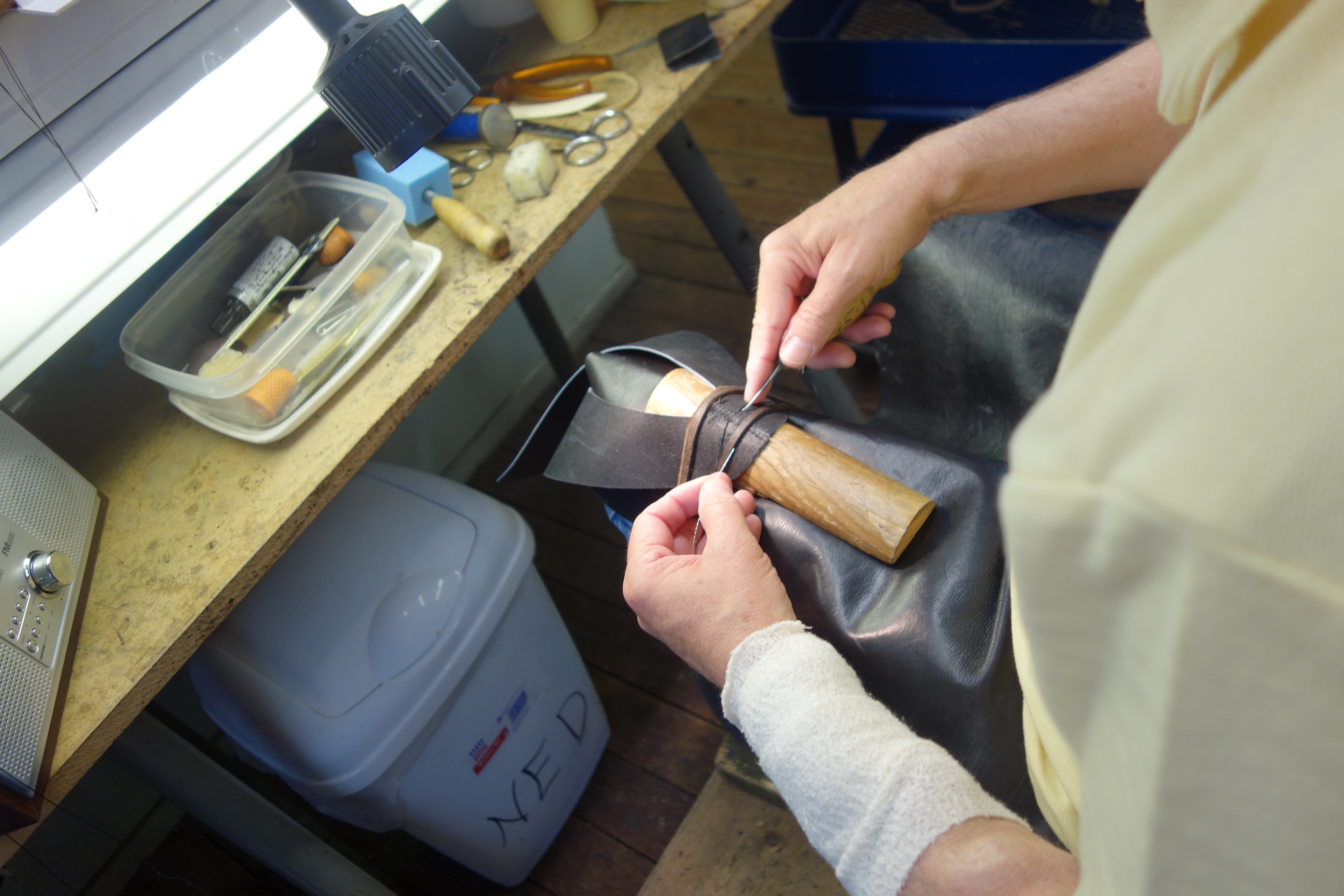 Hand-sewing the toe, using some piano wire as needle. 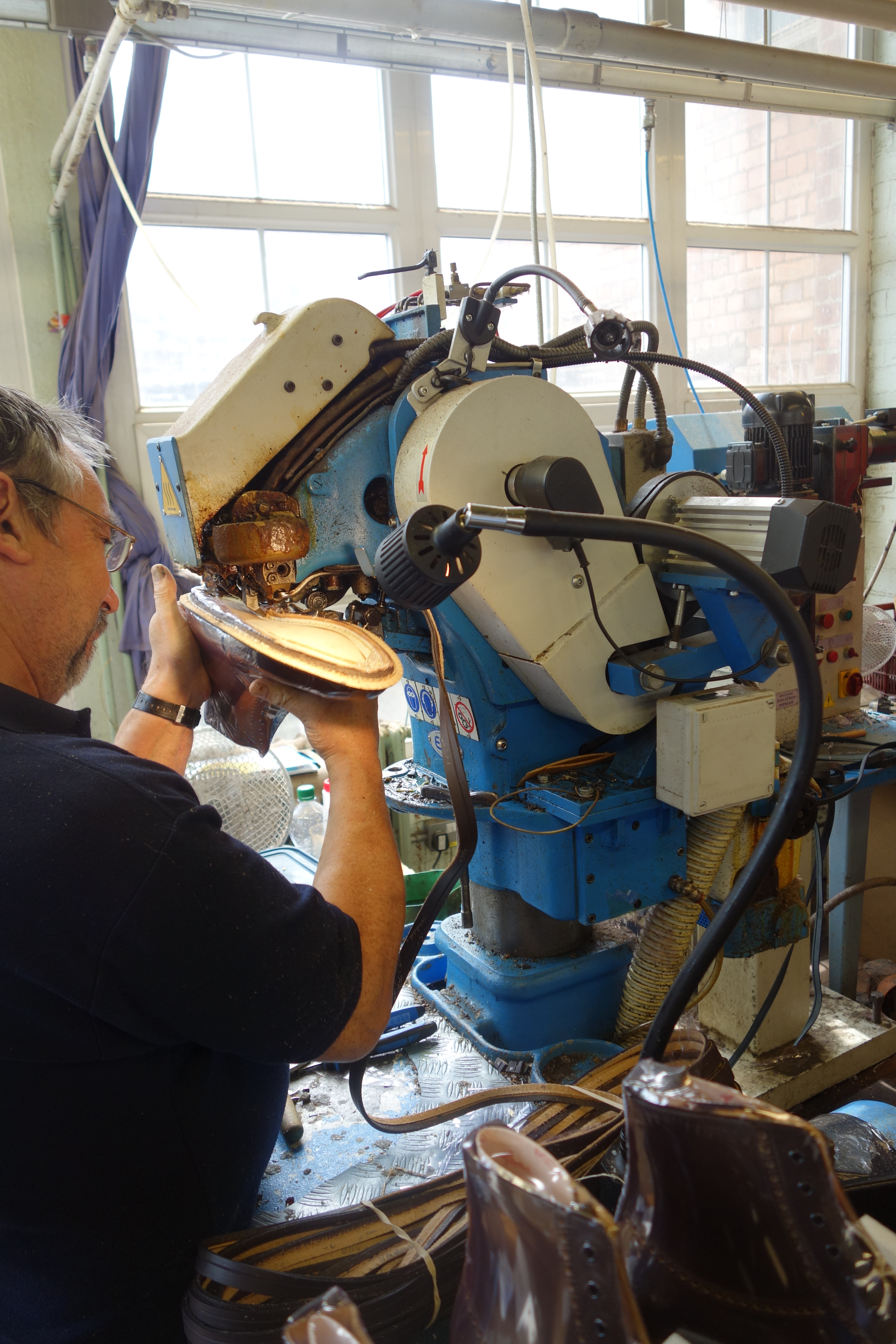 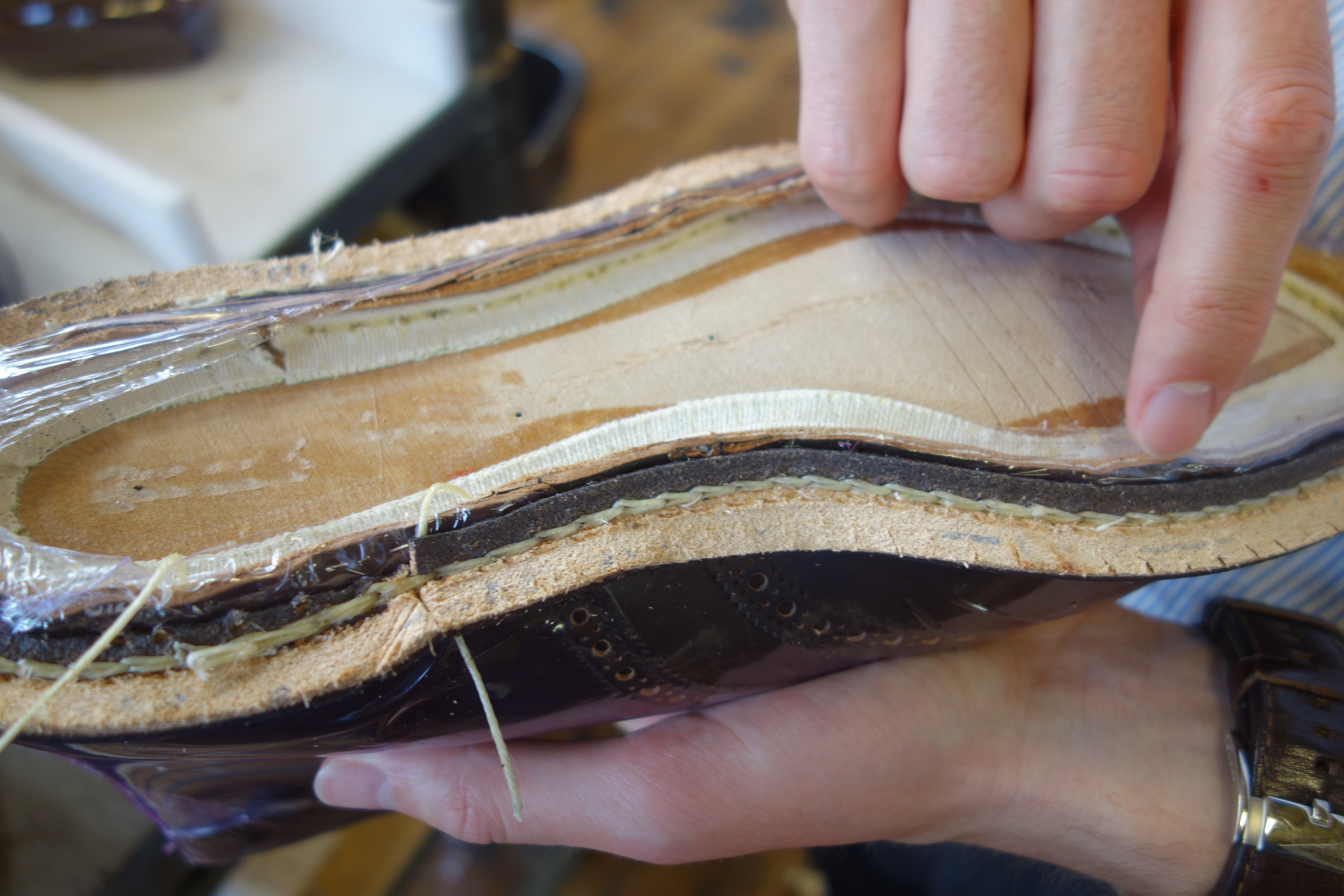 The ribbing, upper, and welt sewn together. 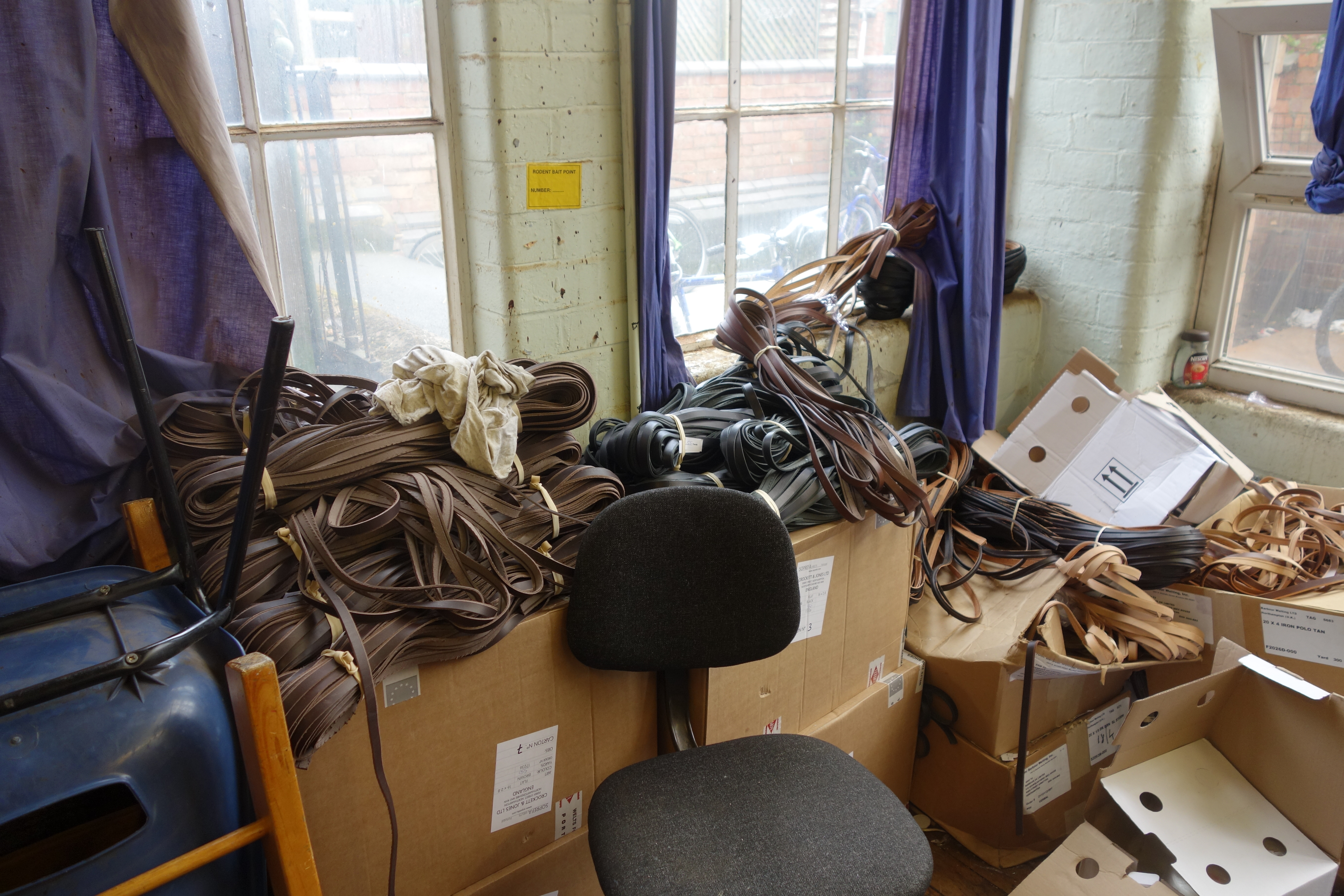 Welts ready for use. 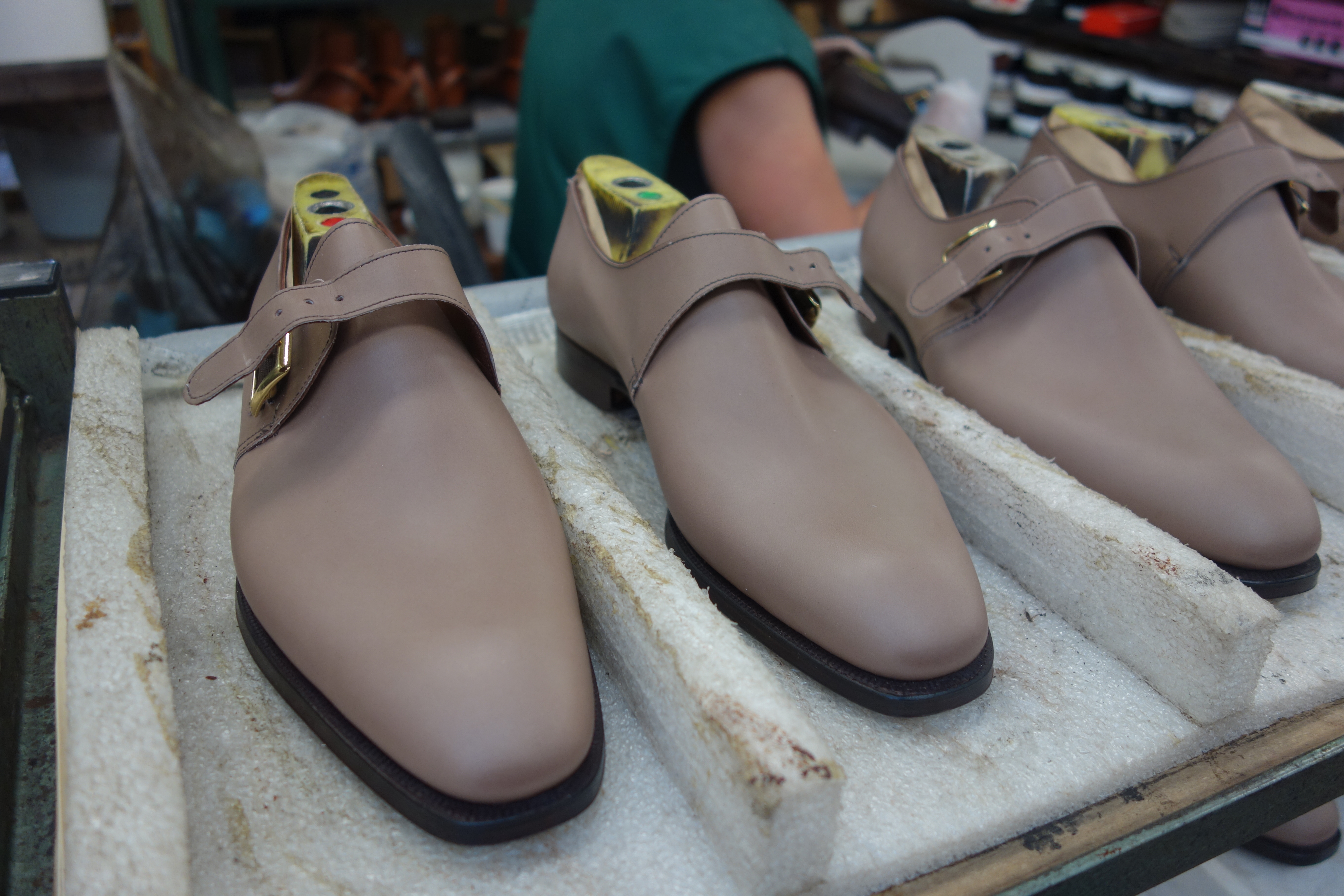 Monks waiting to be antiqued. 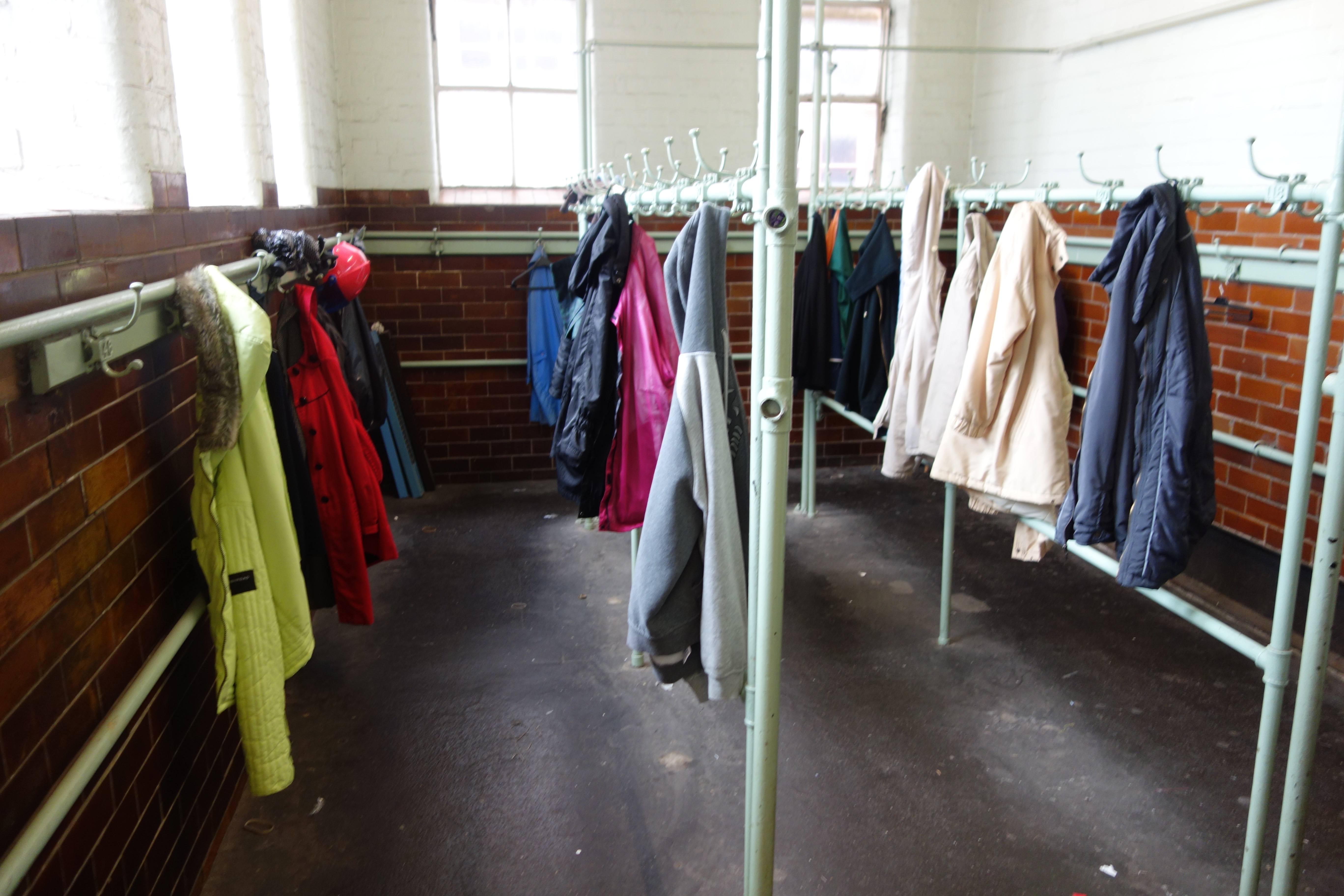 It's July, but in England everyone still wears a coat to work. 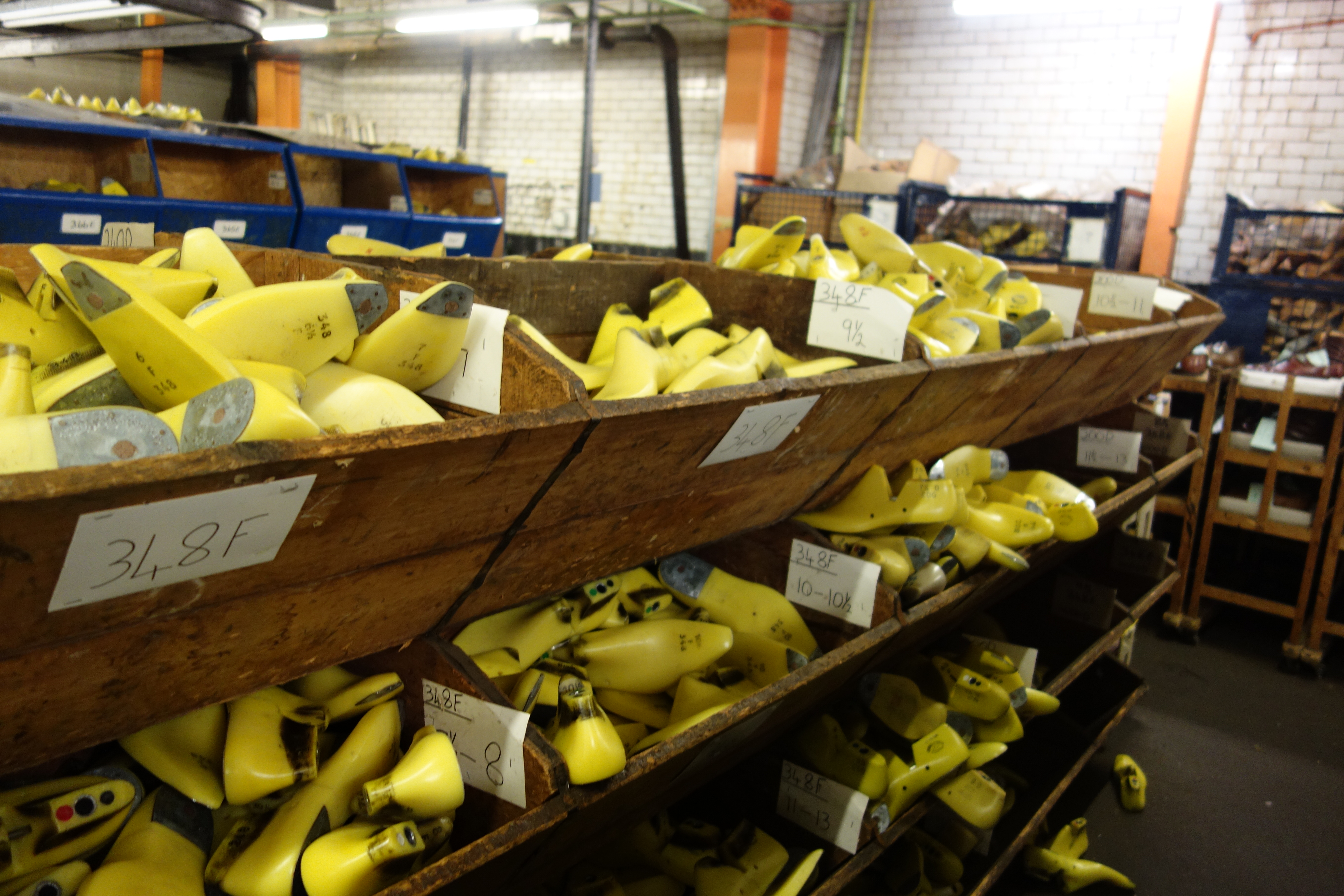 cool, is that the skye boot being made in the 11th pic?

Great writeup thanks for sharing!

These write ups are pretty awesome. Any chance on doing a write up on the custom tailoring and bespoke houses in NYC, or has that path already been crossed?

FNB did one on Corvato. It should still be on his site, though it is written in FNB style.
Shmooga will crush you in battle! Challenge My Brute DwarfClub on Twitter

Awesome write-up. Thanks for sharing.
-ArchibaldLeach


NAMOR said:
cool, is that the skye boot being made in the 11th pic?
Click to expand...

Close to a hundred years later, this leather still looks good enough to eat -- and the stitching (!), they just don't make 'em like this anymore.

Only a beautiful life is worth living.
www.keikari.com/english​

alexSF said:
Really love the first two pictures, they show clearly how the C&J range is great! Fantastic brand.
Side broguing...so the stunning RL Lindrick in the making....
Click to expand...

VRaivio said:
Close to a hundred years later, this leather still looks good enough to eat -- and the stitching (!), they just don't make 'em like this anymore.

and check out the matching leather laces!

A great read and photos , could i ask if they had a factory sales section ? as i will be in Northampton myself in 4 weeks and would love the opportunity to try some shoes on . just saw the writing on one of the photos saying FACTORY sorry ,
Last edited: Aug 16, 2013

VRaivio said:
Close to a hundred years later, this leather still looks good enough to eat -- and the stitching (!), they just don't make 'em like this anymore.

and check out the matching leather laces!
Click to expand...

Technically it's any variation in the colour of the leather. It's done on many higher end new shoes with polish for effect. Usually a darker colour is applied to the end of the toe area, but some brands do it to other areas as well, such as around the broguing. The same thing just happens to shoes as they get old, as they have become a bit marked - that's why its called antiquing. That's also why it isn't normally done to the upper areas of the shoe, at least to any great extent. 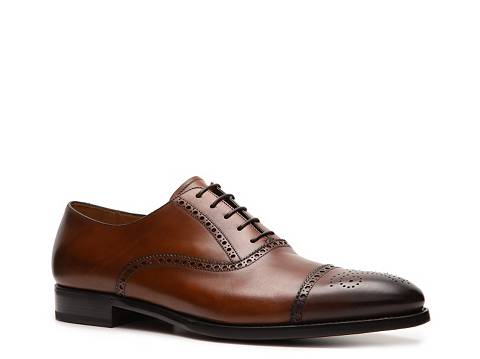