I've just commissioned a sportcoat borrowing a few details from a Norfolk jacket. In reality, it's probably less Norfolk than just straight sportcoat, but I thought I'd solicit the forum's opinion before all the details are set.

I like the idea of a full Norfolk, but as a bigger guy I don't want to add too much business and bulk around the middle. I really want to wear this primarily as a casual sportscoat during the fall and winter months, with the ability to use it as outerwear for walks in the woods. No actual hunting or riding use here. I've picked a pseudo-Norfolk cloth, a large-ish herringbone in a deep, warm brown. It's a very soft fabric, not the stiff tweed that would be traditional, but again I want this to really be a sportcoat with some Norfolk details added in. It looks the part without perhaps draping or feeling the part.

I think a single vent is really the only way to go, but does anyone thing a double vent is possible?

Also wondering if the half-belt should have any hardware; e.g. buckle, buttons, or just be straight cloth.

I'm inclined not to go with the rear shoulder pleats (is this called "bi-swing?") so as not to add too much bulk but I am open to suggestions.

Constructive criticisms welcome.
This hasn't gone well for you.

Consider a welt breast instead of patch.

Holland &amp; Holland has a nice one.

A double vent is ceratinly not traditional on a norfolk, nor appropriate-- that being said, I just ordered one.
My Site

Try researching "half Norfolk jacket," then come back.

Isn't that called an Alexandria jacket?

Isn't that called an Alexandria jacket?

I don't know. Tell us more.

I would do the bi-swing, half belt with no hardware, bellows pockets, and single or double vents. Single vent is most traditional but I have seen many such coats with side vents.

I would rethink the elbow patches until such time as your coat wears sufficiently to make them useful.

Actually, it was really just a sport jacket with half norfolk back

Check out this post on LL for a clever design solution for the tab closure: http://thelondonlounge.net/forum/vie...tart=15#p51730
Vanda Fine Clothing
Talk to us via our affiliate thread, tumblr, facebook, or instagram
​

Try researching "half Norfolk jacket," then come back.

Consider a welt breast instead of patch.

Holland & Holland has a nice one.

What do you like about the Holland & Holland Half Norfolk jacket?

I just created a comprehensive Norfolk jacket guide explaining the historic development, style and links to shops were you can buy one. You can read it here. 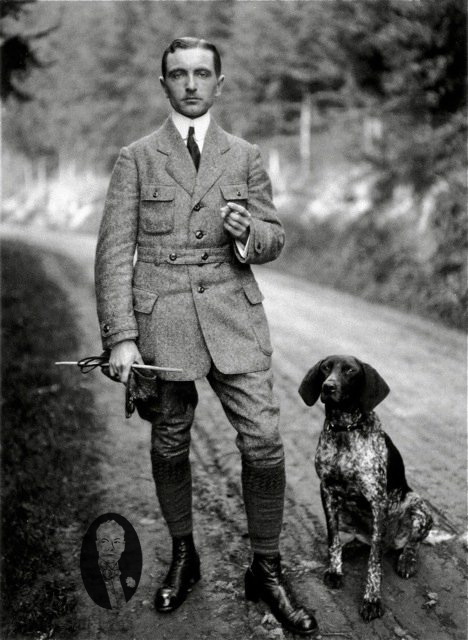