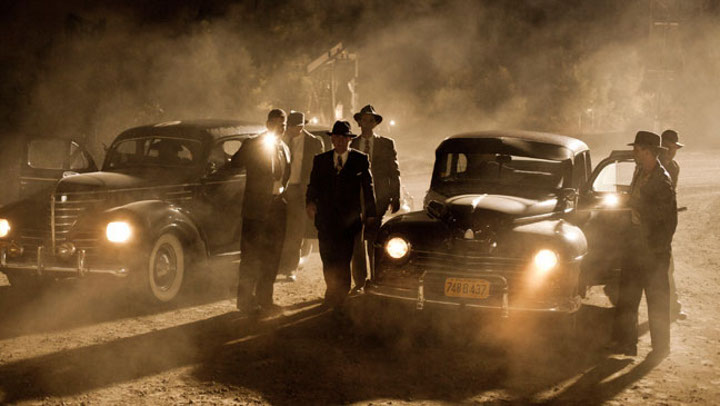 HollywoodReporter said:
The former "Walking Dead" showrunner's follow-up gets a December premiere date and its third -- and final -- title.

TNT has released the first footage of its upcoming Frank Darabont drama.

The series, previously known as L.A. Noir and, more recently, Lost Angels, will now go by the title Mob City. The six-episode series will bow Wednesday, Dec. 4, at 10 p.m. and is based on John Buntin's L.A. Noir: The Struggle for the Soul of America's Most Seductive City.

The 1940s-set series opens in post-war L.A. where the city is caught between a powerful and corrupt police force and a criminal network determined to set up shop on the West Coast.

The Walking Dead's Jon Bernthal stars as a member of a mob task force set up by LAPD Chief William Parker (Neal McDonough), who has made it his mission to rid his city of criminals like Ben "Bugsy" Siegel (Ed Burns) and Mickey Cohen (Jeremy Luke), the ruthless king of the L.A. underworld. To accomplish his mission, Parker sets up the new task force within the LAPD headed by Det. Hal Morrison (The Walking Dead's Jeffrey DeMunn) and Det. Joe Teague (Bernthal), an ex-Marine who holds his cards close to the vest.