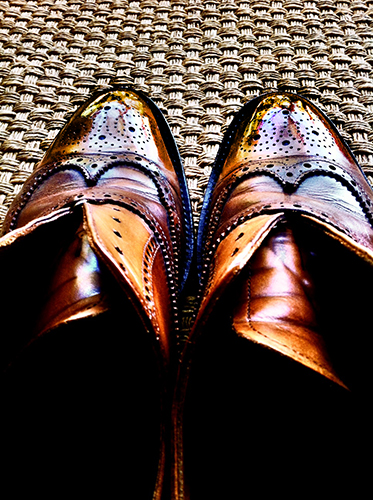 Hey everyone. New to the forum, so hello from me

I recently joined the shoe shine game, after being increasingly interested in quality leather shoes (that I can afford). I am just interested in technique, because I have recently used some Lincoln Neutral wax on a pair of custom patina shoes that I did after reading a post here. This was about a week ago, and I love the way they came out, though I noticed some micro cracks forming on the toe where I have done the mirror shine, in a place far from the vamp or any obvious places that becomes creased. I began to try and fix it by a method of holding the shoe over a candle and rubbing the cracks away that was voiced by a modern day butler on a forum, though the cracks return. Very faint, but none the less against my will haha.

So I began to wonder how shoes like the ones below are shined to such a brilliant state. Even on the uppers, where they most definitely flex and crease. I ruled out wax, as from what I've read, that would only lead to cracking.

I guess my question is, first, how are the truly fine shoes given such a sheen without wax, and second, what might I have done wrong to have my shoes begin forming micro cracks on the toe-box (I believe that is what it's called)

Many thanks guys, and can't wait to get active on the forum as my shoe collection and craft grow. I have some Fiebings dye on the way! 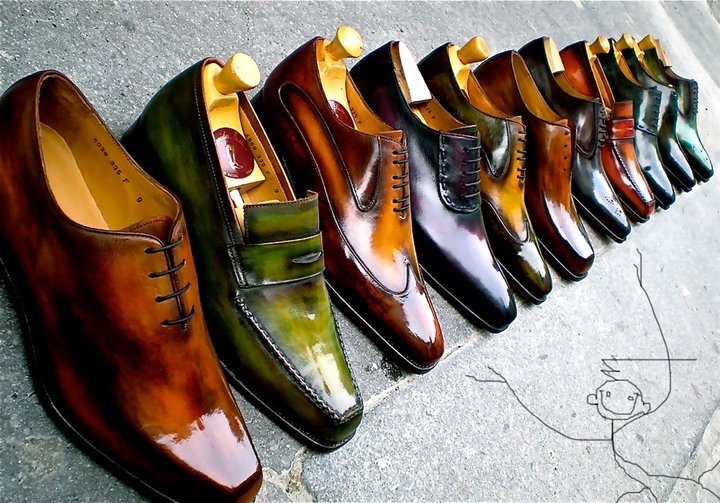