I had some serious problems in the beginning as well shining meermin. Piece of $hit leather can't shine for $hit, just kidding. I use mirror gloss, like probably at least 3 layers to get decent mirror shine. Also, don't be afraid to use a tad bit more water when shining, takes some time for the dullness to get polished flat. Shining meermin country calf was surprisingly easier than the black calf. Don't ask me why.

stephenaf2003 said:
honestly, I didn’t call you a fool. I was simply summarizing what the video said, guess I should have used quotation marks.

I do however feel you are being quite unreasonable in your crusade against Meermin. The idea that their leather is responsible for your foot pain is silly. The fact that your feet are hurting is likely because the lasts that you tried don’t work for your feet. No matter what kind of material is used, or a shoe makers skills, choosing the wrong last will be painful.

I personally have owned 11 pairs of Meermin, of those, 3 of them did not work, caused by sizing errors, or incompatible lasts. It wasn’t Meermin’s fault, not all of their last fit my feet. I moved 2 of them on and was able to stretch 1 to work for my feet.

As for accusations about schilling, well it’s unfortunate you feel that way. But, I’m pretty sure the OP’s reputation stands on its own. People around here know him, and the fact that he says these positive things about a company that is in direct competition with him, pretty much bolsters his credibility, and honestly, destroys yours. Really, it’s just a discussion board and that’s what we do here. I respect your decision to not use the brand anymore, but repeatedly expressing this vendetta of yours in the makers thread, is poor form.
Click to expand...

Name any shoe, boot, footwear that you applied acetone to enhance the comfortability.

I wear these things daily and this is my experience wearing Meermin shoes. The shoe snob posted a review of the shoes HE'S NEVER WORN.

He never wore them. Plain and simple. I have and this is my experience wearing and being hurt in them. Elton, Rui, Hiro, Olfe, Hok. I own them all and the materials hurt.

My Hiro Black Captoe Oxfords are stiff af. I wore them twice in a week and the nerves on my toes were almost gone. I would not say all of the materials hurt. In my experience, Rui last Country Calf Long wing Derbies are very roomy, and the country calf is actually pretty soft. But the last just fits horrible on me, if I size down, too narrow, as is I need to wear thick socks and add tongue pads and heel pads to not slide around. Hiro fits perfect, if I am standing. Once I start walking, it starts pinching my toes. I only agree with Coffandcig regarding calf leather actually hurting. I cannot comment on the other materials Meermin uses.
Right now I use them as mirror shining practice shoes, since it is so f#cking hard to shine them well. My plan is either to soften them up, get them stretched around the toes, or just sell them.

I had the same issue with the cap of one of mine, polish just wouldn’t stick (but the other shoe was fine). Tried several different types of wax and cream. I ended up stripping it right back with pure gum turpentine (a trick I picked up in the Meccariello thread) then started with Reno followed by Saphir cream and wax polish and I got there.

Mine were black so no concerns about ruining the finish or the colour though!

Crispyj said:
But the last just fits horrible on me [...] Hiro fits perfect, if I am standing. Once I start walking, it starts pinching my toes.
Click to expand...

Guess what ?! You got the wrong lasts for your feet ... It's not a meermin quality issue. If the fit is wrong, too roomy, too tight, too painful, pinching, etc on first try. Just return or don't buy it if you are in store.

My experience with Meermin is positive. Several months ago, I bought a pair of whole cut oxfords. Beautiful shoes and comfortable. Excellent value for money. I am about to order my second pair, probably the shoe string loafer.

I have a few pairs of Meermin (even though none of them would in my "favorites" list), and all of them take mirror shine just fine.

I generally use Saphir mirror gloss as base, then Saphir Pate de Luxe. The trick is "be patient", and "knowing when to stop".

What I mean is: The first shine is always the most difficult. And some times you cannot get it in "one sit". For those time, you just have to "stop", maybe come back to shine it further after a day or so. The wax needs time to slowly harden, otherwise you'd be just moving it around.

Hope this help. And here are photos of some of my pairs, with decent (IMHO) mirror shines. 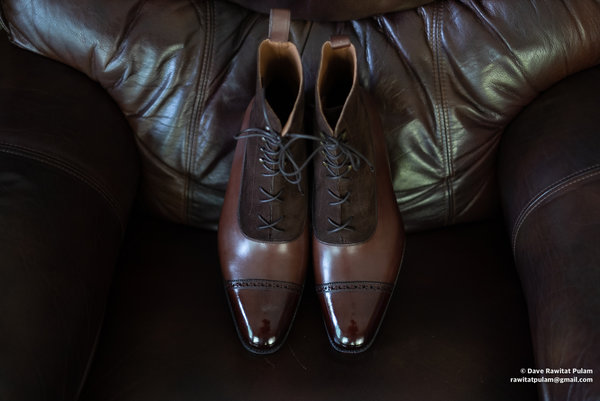 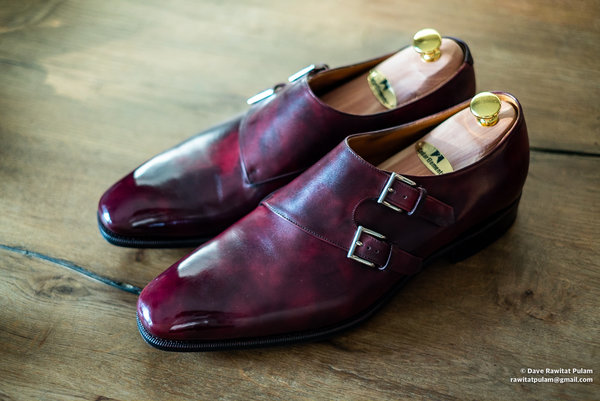 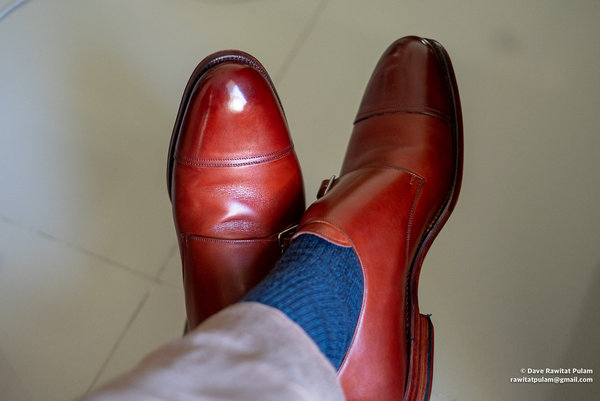 Is there anyone out there who’s feet don’t hurt after wearing Meermin shoes?

I’ve had foot pain from loake, Trickers, Bonafe during the breaking in period. Mostly I put it down to dainite soles. I am still excited about those cordovan NST boots. No pain, no gain

Coffandcig said:
Name any shoe, boot, footwear that you applied acetone to enhance the comfortability.

I wear these things daily and this is my experience wearing Meermin shoes. The shoe snob posted a review of the shoes HE'S NEVER WORN.

He never wore them. Plain and simple. I have and this is my experience wearing and being hurt in them. Elton, Rui, Hiro, Olfe, Hok. I own them all and the materials hurt.
Click to expand...

Again, I’m not discounting your experience. Let’s just agree to disagree on the possible causes. Adding acetone to shoes to make them more comfortable???...ok.

It’s too bad you had such negative experiences with them, hopefully you can sell them. If not, hopefully this experience has helped you recognize when shoes don’t work for you.
$250 Meermin Cherry Shell Double Monks UK8
https://www.styleforum.net/buyandsell/uk8-meermin-cherry-shell-cordovan-monks.20941/
A

I think the context is important. I have broken in several Red Wings and people sometimes consider them hard to break in. Compared to my Meermins they are not even close to that experience. Red Wings are a 3/10 for me, Meermins are a solid 10/10. Haven't bleed that much in 20 years, but I WILL tame them.

It's not the last. The toes are in perfect position as well as the instep is. It's just that the leather is hard as wood.
Last edited: Nov 18, 2019

Guys, I own as many of you here, too many pairs of shoes (almost all brands from Meermin to Meccarielo). Meermin is still one of the best brands for me. They had some problems with qc, but all were fairly sorted quickly. I must say that in the start, my 1 pair of shell cordovans were a pain (blisters for 2 months), but now I love them. They also have some sizing problems (ordered a 7.5 UK, which definitely wasnt a 7.5, but a bit bigger, but still not 8. They refunded me a part, and they fit just fine now as I just worn them a lot, no blisters whatsoever.

I don't know but you can't compare fine and fancy shoes with sneakers, even if you pay top €.

About the shine, some leathers get a mirror shine very quickly (Meccarielos), Meermin took a LONG time, but you can get there.
Instagram: https://www.instagram.com/zanmarinkovic/?hl=en

aPaleDragon said:
It's not the last. The toes are in perfect position as well as the instep is. It's just that the leather is hard as wood.
Click to expand...

That could be it, of course it also could be you’ve just got soft feet too, or maybe I’ve got hard feet...lol.

But as Vicki Vallencourt might say, “ men’s s’posed to have hard feet”

Do you own a pair in black calf? Or a pair of Red Wings for reference? What I found so far on this is, that the different colours break in a lot different for some reasons. Could also be just my pair, don't know.
I

For break in, I repeat, leathermaster vital is much better than spray.
D

Hello all, any sizing advice for the new Jim last? I spoke to a rep at Meermin’s LA trunkshow that said he sized down .5 from Hiro, but just thought I’d see if there were any other opinions.
You must log in or register to reply here.
Share:
Facebook Twitter Reddit Pinterest Tumblr WhatsApp Email Link
New posts