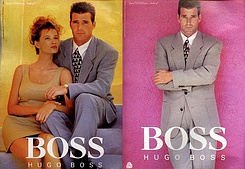 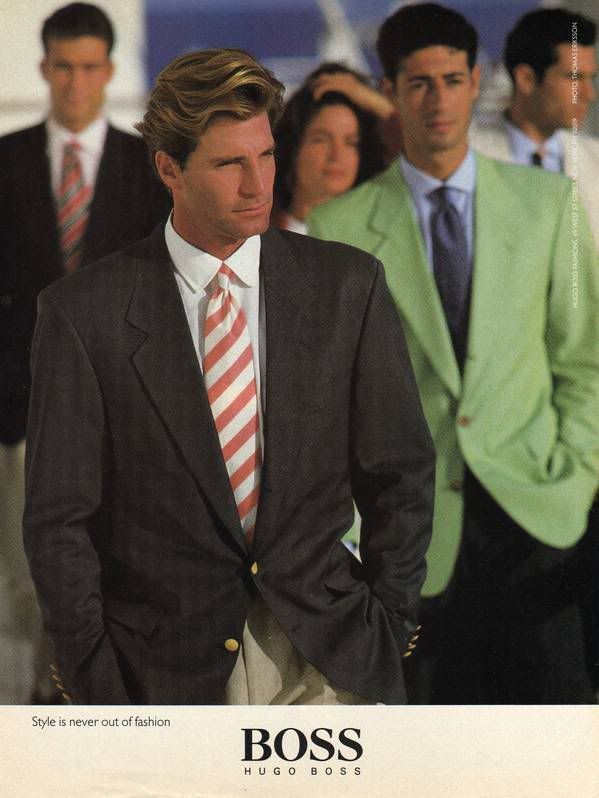 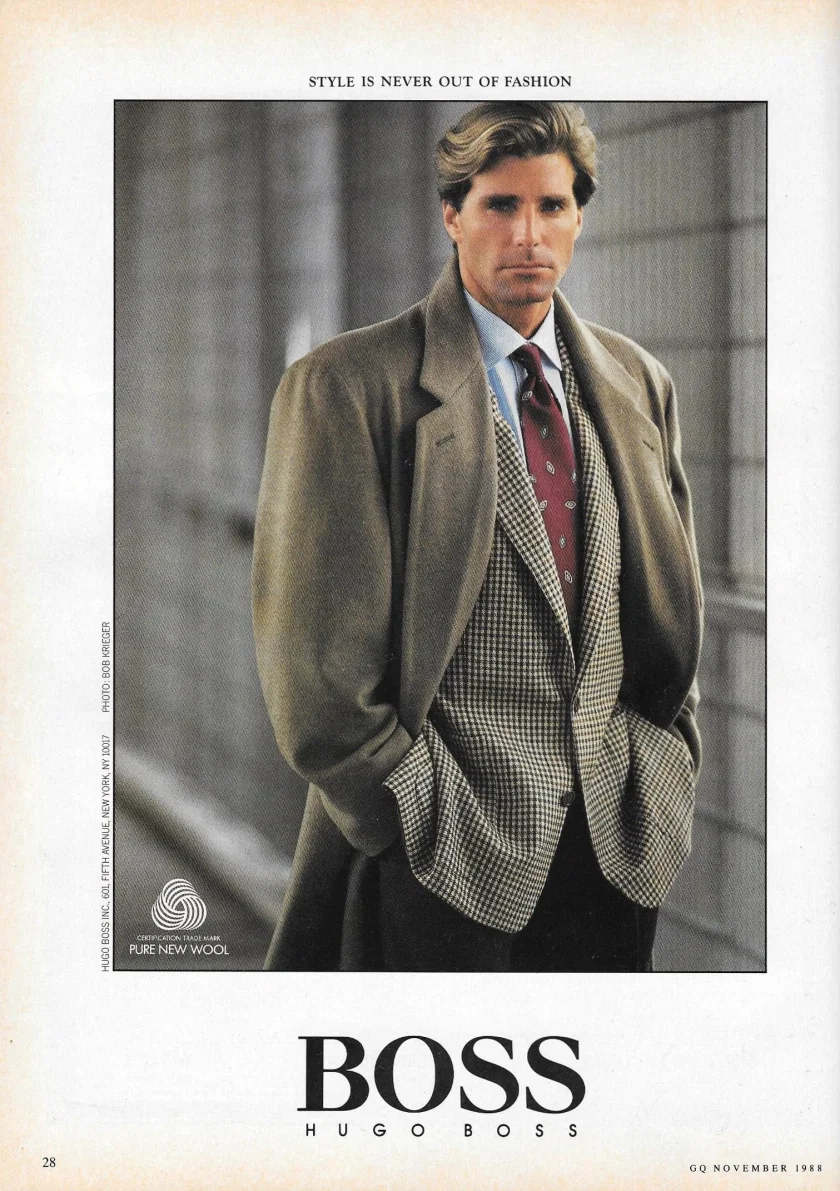 I love it. I love the strong shoulders and elongated silhouettes that Hugo Boss used in the late 1980s into the 1990s.
For sale: Engineered Garments Chambray Western Shirt, BNWT

Gorges so low, though!
"Sorry to jump in, but @smittycl and _________ you are indeed talking past each other. However, only Smitty is correct."

And tonnes of drape!

Flusser would love it.
TUMBLR

Changing course, has anyone ordered directly from Grenfell before? Company confirmed order and went silent. One of their retailers told me they have a hard time getting responses. Took my money, then nada. They promise on their website to respond within 48 hours. Didn't happen with my sizing questions and now with the order. What to do?

Shoeshine Saturday on the beach.
why not share in MC general chat thread? 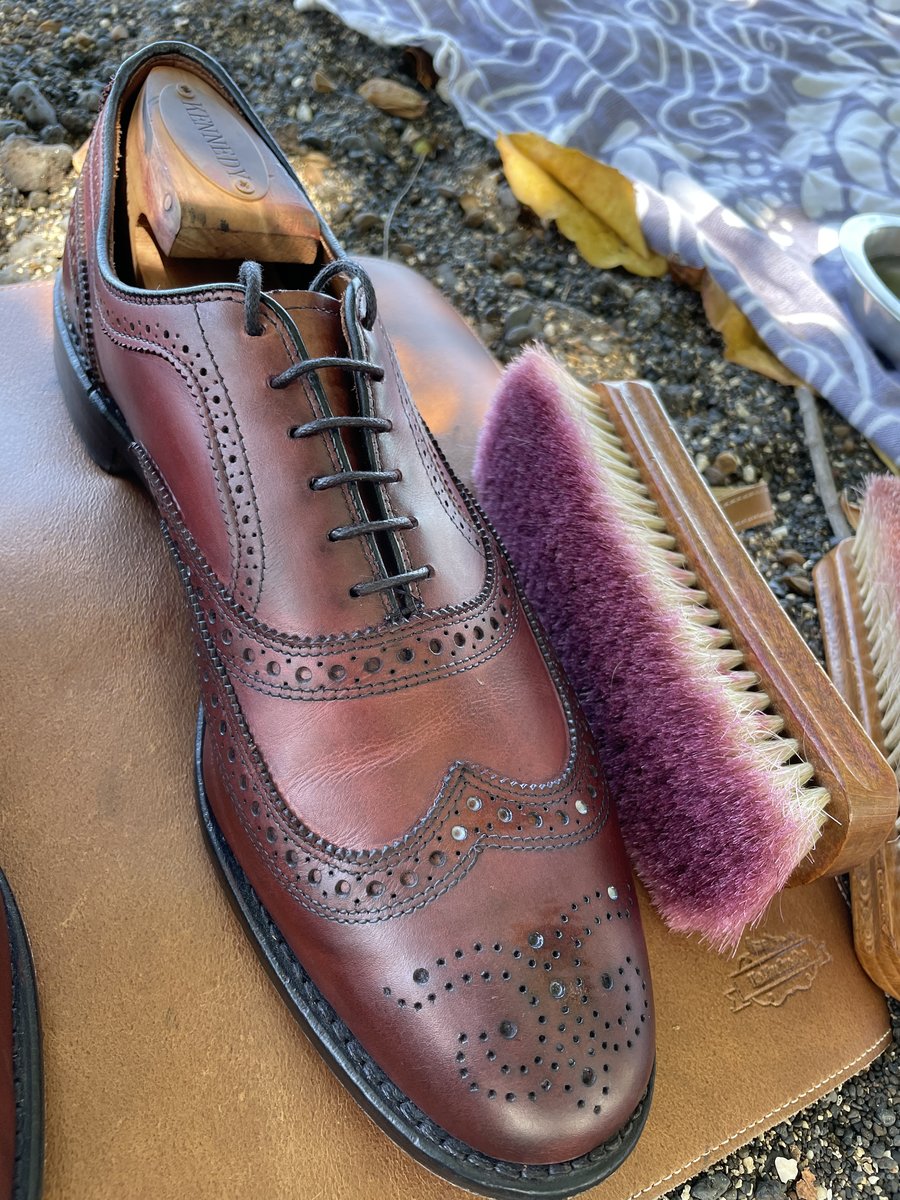 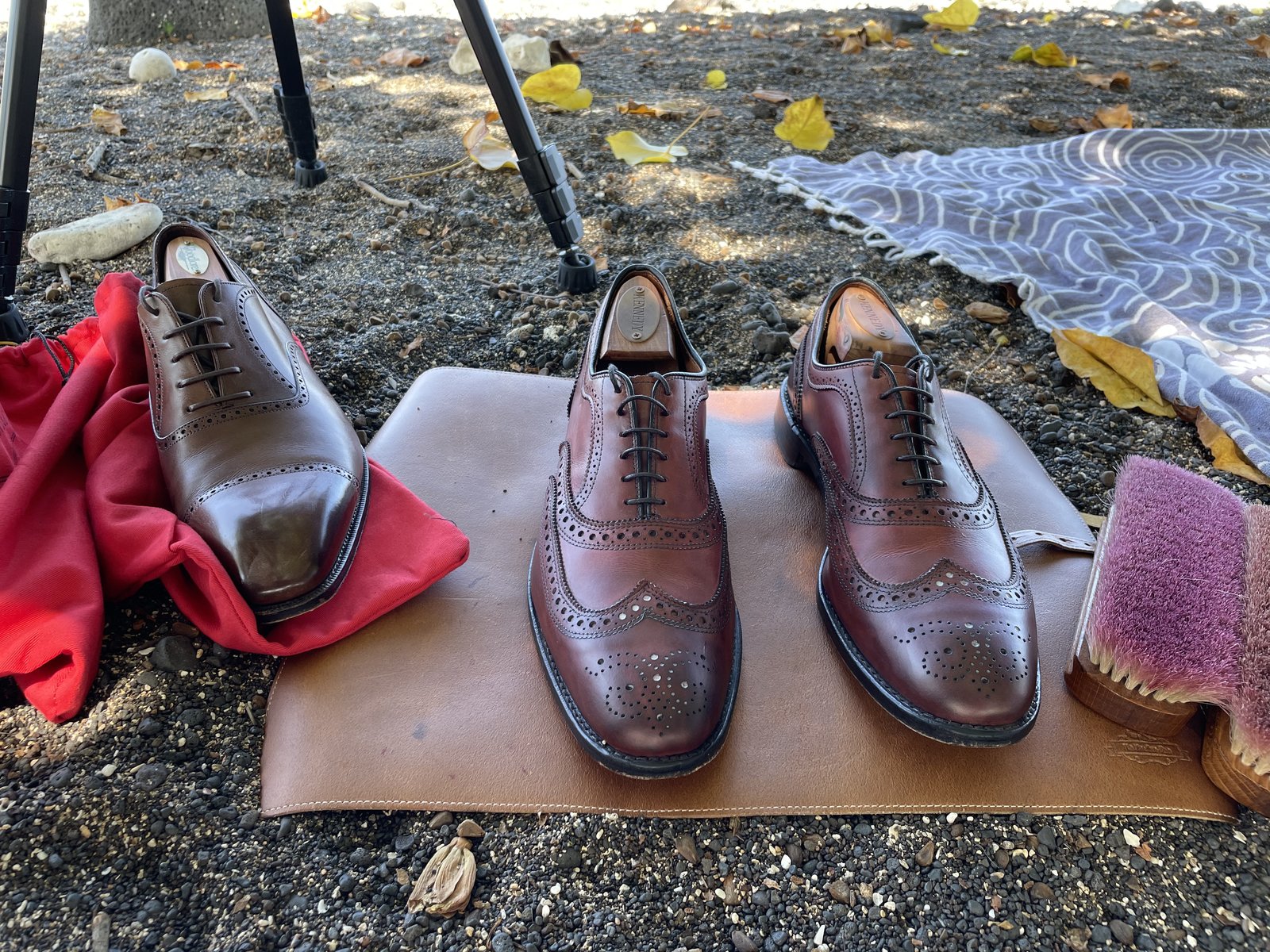 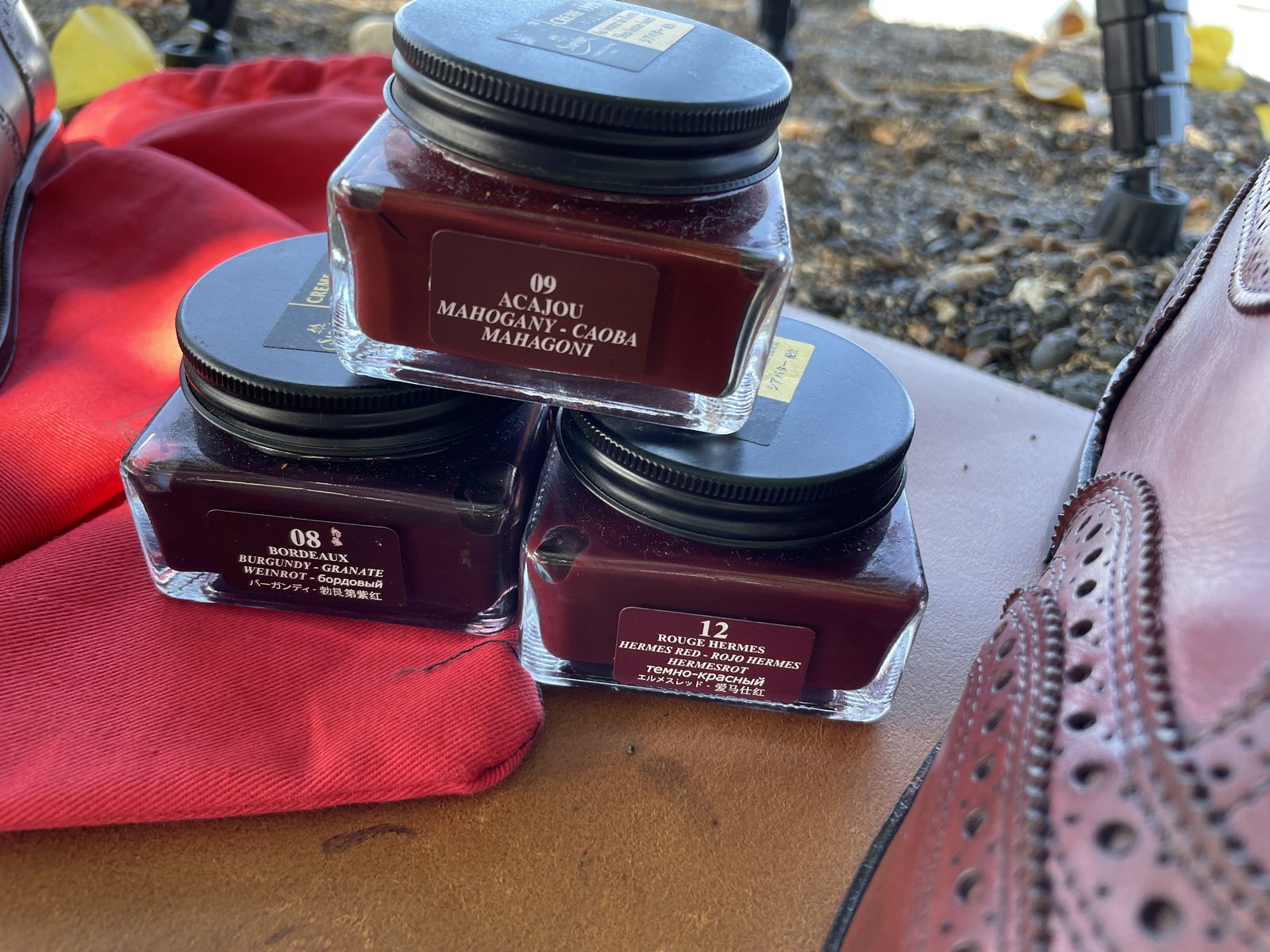 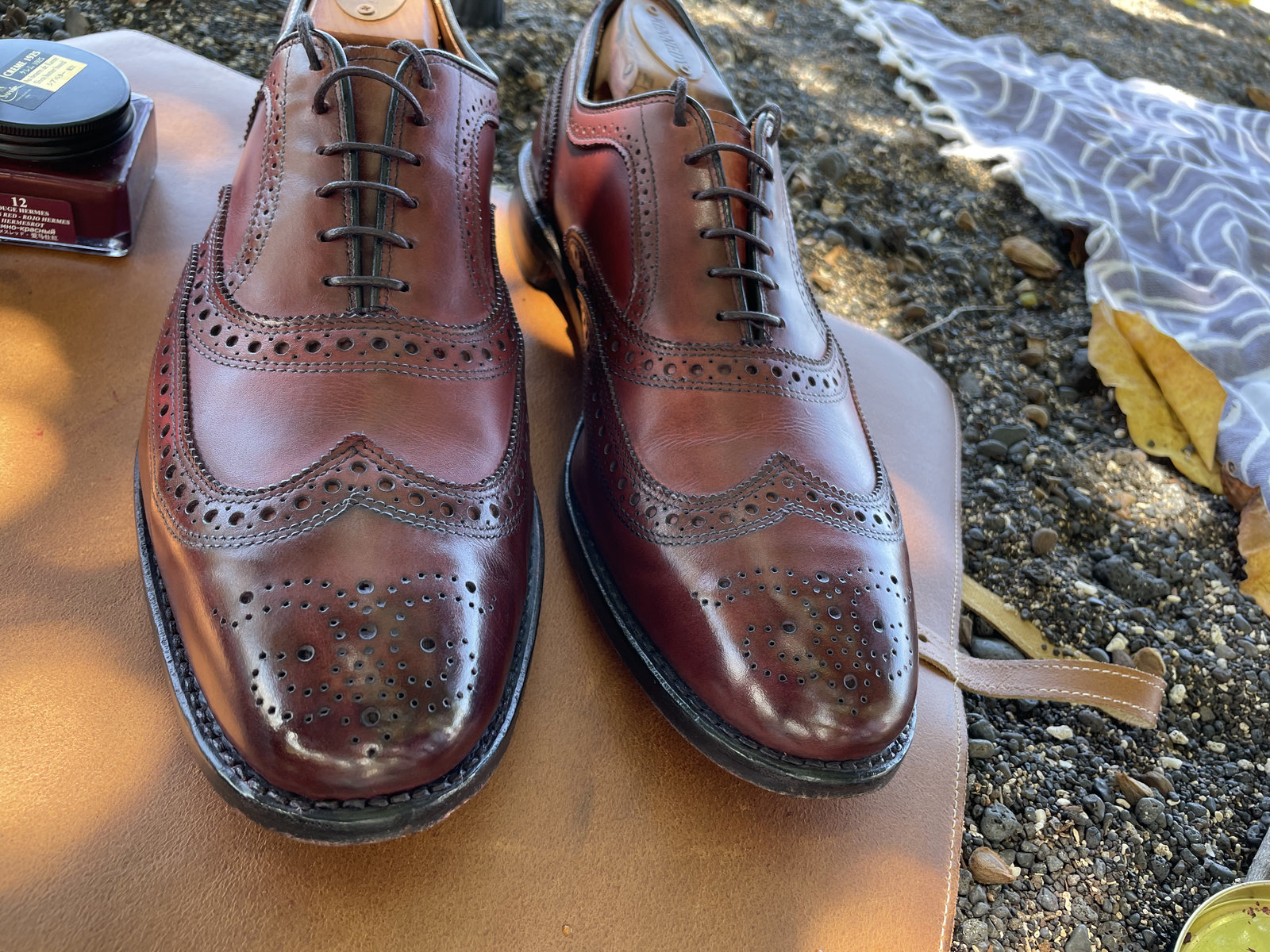 Great way to spend a Saturday 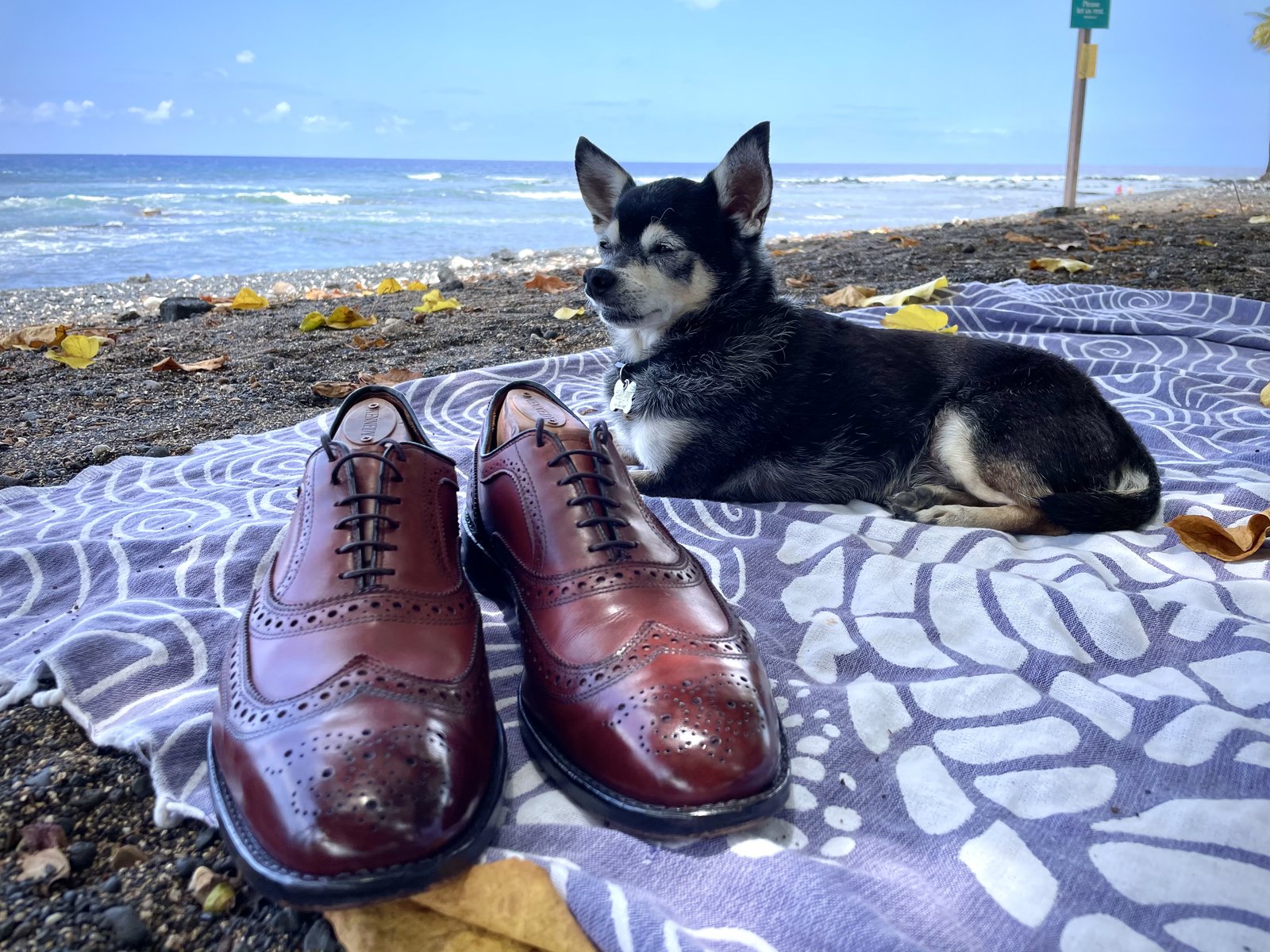 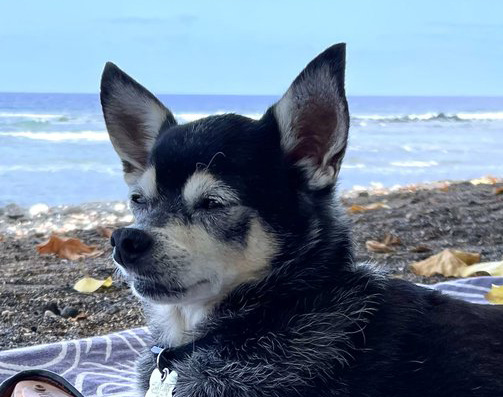 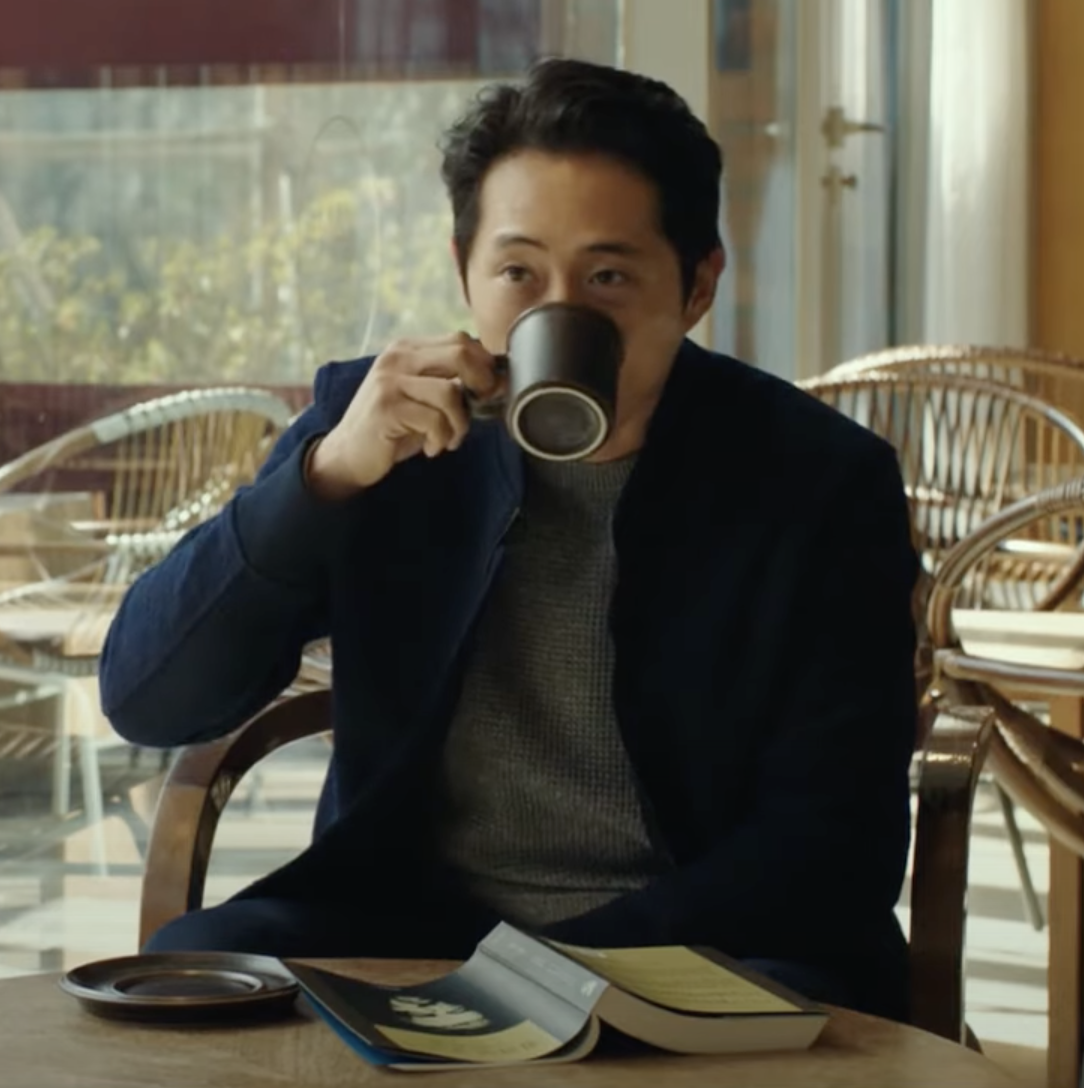 " We're here to stripmine your company of saleable assets, accumulate debt and dump the whole mess in someone else's lap.

Now, who brought the blow?"

the little dude loves the sound of a horse hair brush against calfskin leather while the waves crash to shore and the winds gently blow.

On Saturday while I was visiting John Di Pietro, he mentioned that he saw an old episode of The Tonight Show, hosted by Johnny Carson, during which Jerry Lewis appeared in a sport coat with sleeves made to be held closed by cufflinks rather than buttons. He knows that I like to try odd features, especially on my odd jackets, and suggested that I keep it in mind for a future commission.

I'm curious if anybody has ever seen an example of this or has an opinion on the idea. I am curious and the sleeve buttons seem like a place that's 'out of the way' enough to try something strange or even gimmicky.

Further afield and out of place on a forum entitled, "Classic Menswear," is that a colleague of mine has been enjoying having Mr. Di Pietro make a suit for him and mentioned that he is considering treating his wife to a bespoke jacket. She's been pretty enthusiastic about the suit and been hinting at wanting something of her own. I'm sure that Mr. Di Pietro has some ideas, having made women's garments before, including several for his daughter. Nonetheless, this colleague tends to look to more for suggestions and although I can spin almost anything from my imagination, which is actually my job as a grant writer, I'm at something of a loss. He indicated that she'd like something stylish that can go well as various accessories. Women and I have mutually decided to leave one another alone, so I don't have much grounds for recommendations. Absent anything else, I'll probably just watch a few Marlene Dietrich films and see if they inspire anything other than a crush on Marlene Dietrich.

Pfft, as though I need an excuse to watch Witness for the Prosecution again.
Last edited: Apr 26, 2021
"Clothes have always had a wonderful influence on my physical well-being as well as my self-assurance. All I have to do to make me feel like a new and younger man is to order three new suits of clothes. My fur-lined overcoat gave me such a glow of health that very shortly after acquiring it I was able to enjoy the hazards of a Gargantuan studio cocktail party without a single twinge of pain."
~Adolph Menjou
You must log in or register to reply here.
Share:
Facebook Twitter Reddit Pinterest Tumblr WhatsApp Email Link
New posts