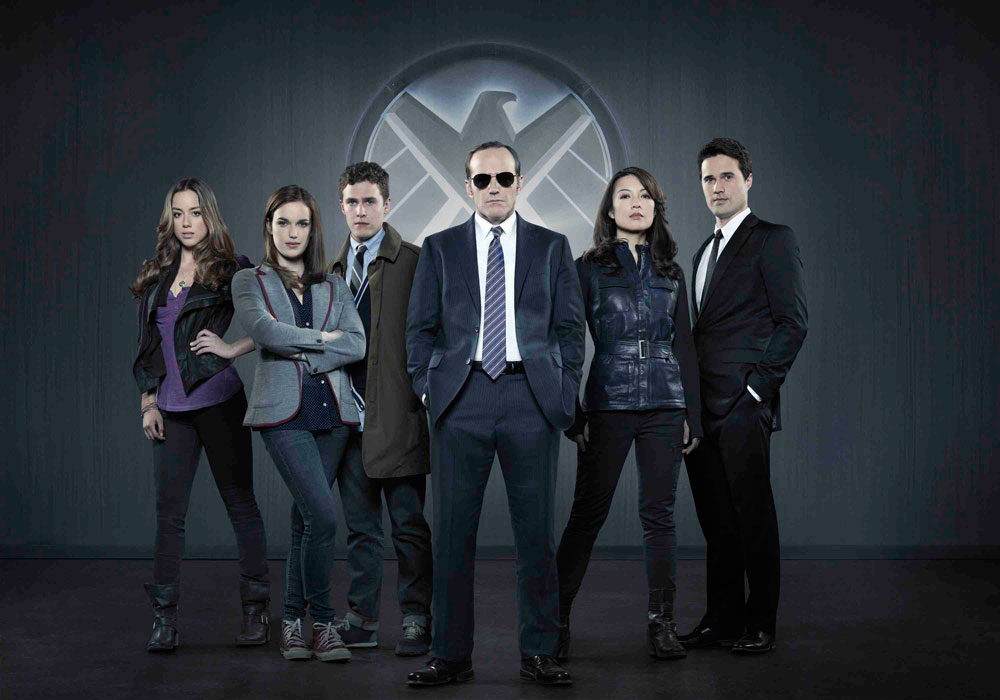 Really hoping this is good.

A good way to introduce less known heroes/villains before moving up to the big screen.
ig

Also, to those curious on how Coulson lives.


"In the pilot, it’s revealed Nick Fury (Samuel L. Jackson), the ultimate super spy, faked Agent Coulson’s death on purpose to motivate The Avengers. Some S.H.I.E.L.D. members were in on it (including, possibly, Maria Hill played by Cobie Smulders) but The Avengers were not. Their security clearance wasn’t high enough. Coulson was forced to hold his breath as part of the ruse and that’s a point of contention among his colleagues After the fact, Fury moved him to a remote location until things died down, and then he was reinserted into duty at the time of the show."
Last edited: May 14, 2013
ig

About time Joss Whedon returned to TV. Hopefully, this won't suck as hard as Dollhouse and last longer than Firefly.

The pilot to The Avengers follow-up, Agents Of S.H.I.E.L.D has been kept under tight wraps, but now it's been revealed that Cobie Smulders will appear in the pilot and beyond. See Maria Hill's new look and comments from Whedon!

"I wanted very much to have Cobie in the pilot because as much as anyone else, she IS SHIELD!"

"She’s cool and commanding, and has the dry humor that plays so well with Clark’s. Also, if she’s in it I get to hang out with Cobie."

i really hope it's good... because the trailer leaves a little much to be desired

I was over at the boards on IMDb, and it looks like there is a loophole that would allow Spider-Man to appear on the small screen, at least.

Basically, Sony had relinquished TV rights for Spidey back to Marvel/Disney in 2009. While Spider-Man won't be appearing in the movie MCU, he could show up as a guest in AoS. They could even possibly mix it up by using the Ben Reilly or Miles Morales versions of the character.

Starts in a few minutes on the East coast.

Anyone else checking it out tonight?
ig

First episode wasn't bad kind of slow and somewhat cheesy but I wouldn't mind checking it out every week if I am home. I just hope it gets much better. Like the references to different aspects of the Marvel universe, including movie events.

Reminds me of Alphas.