I've known Greg for almost ten years, so maybe I'm a little biased. But I just received my third tie from him, and I have to say, I could not be happier.

Those of you who were at StyFo's 10 year anniversary (Moo, I saw you) may remember Greg's booth where he was making ties during the show. I picked up a couple 6-fold grenadines from him then, and besides loving the ties themselves, it's a wonderful feeling knowing the guy who both sells and handmakes them in his local San Francisco home.

I had some leftover tobacco fresco, and asked Greg if he could make a tie with it. 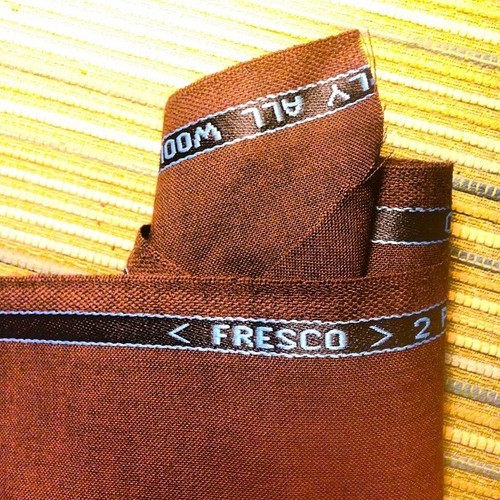 I requested rolled edges, but the next day, he sent me an email with the really cool idea of inauspiciously incorporating the selvedge as part of the design. The idea sounded great, and a day or two afterwards he sent me pictures: 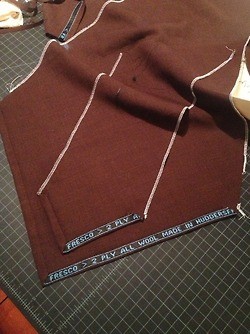 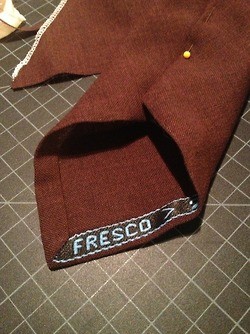 If you're in San Francisco, you can find him at the Wingtip from time to time. Otherwise, you can reach him via his website: www.louiswalton.com

He just handed the finished product to me this afternoon. I'm thinking of pairing it with a certain silk & linen odd jacket...
Instagram