Cuttooth said:
$500 for the shirt. Starting to get close to Cucinelli prices here.
Click to expand...

FOG sells cotton fleece truckers for $900. Fashion markups are dumb and it is what it is.

FOG has been consistent with there pricing from the jump. When JE first came out they were selling flannel button downs for 198, now they are charging 500 for a cotton nylon mix button down shirt
T

boxdok said:
FOG has been consistent with there pricing from the jump. When JE first came out they were selling flannel button downs for 198, now they are charging 500 for a cotton nylon mix button down shirt
Click to expand...

And it’s here to stay so fuck it. They’ve changed their model and won’t be going back.
P

dustinr said:
Been said a million times over, but good lord I hate dealing with people on Grailed.

Found a nice minty pair of Coast 2’s in my size, but the guy won’t ship to Canada because “he’s never done it before” and he’s “afraid it will get lost in the mail” FFS

1. I said "nervous" not afraid.
2. The seller protection says if a package is lost, I owe you a refund and I am not protected. So if I don't feel like selling and shipping it to Canada, I don't have to.
3. You were pretty nice to deal with on Grailed. I didn't think it was a huge deal but I guess it was. Sorry to let you down.
G

Regardless of pricing gotta say this was a nice drop, the pieces are wearable and were interesting. the button downs are less so my style but still an interesting fabric composition
J

Does a brand lose its genuineness at that point though? If the quality hasn’t improved, maybe even in some instances, some would say it has declined, does that take away from how the brand is viewed by those who helped make it what it is? The JE brand feels/felt? like a brand that has/had? an authenticity to it that is difficult to create. What does growing a business, dramatically increasing pricing, without increasing quality say in the end? I’m kinda torn on it, because I get it from a business aspect, and many of the brands we buy do it, but it kinda does taint how I may ultimately view the brand as a whole.
M

Looks like the shirts sold out in most sizes.
Honestly I actually really liked the drop and the look book shots were great. Echoing the sentiments of most, I just can’t stomach the prices.
J

The design elements are still very strong. I don’t think anyone can deny that.

Oak looks awfully Olive colored here. But for 500, I'd rather have that Blue coach jacket, wonder if it will pop up on other sites.

These filthy jeans are growing on me send help 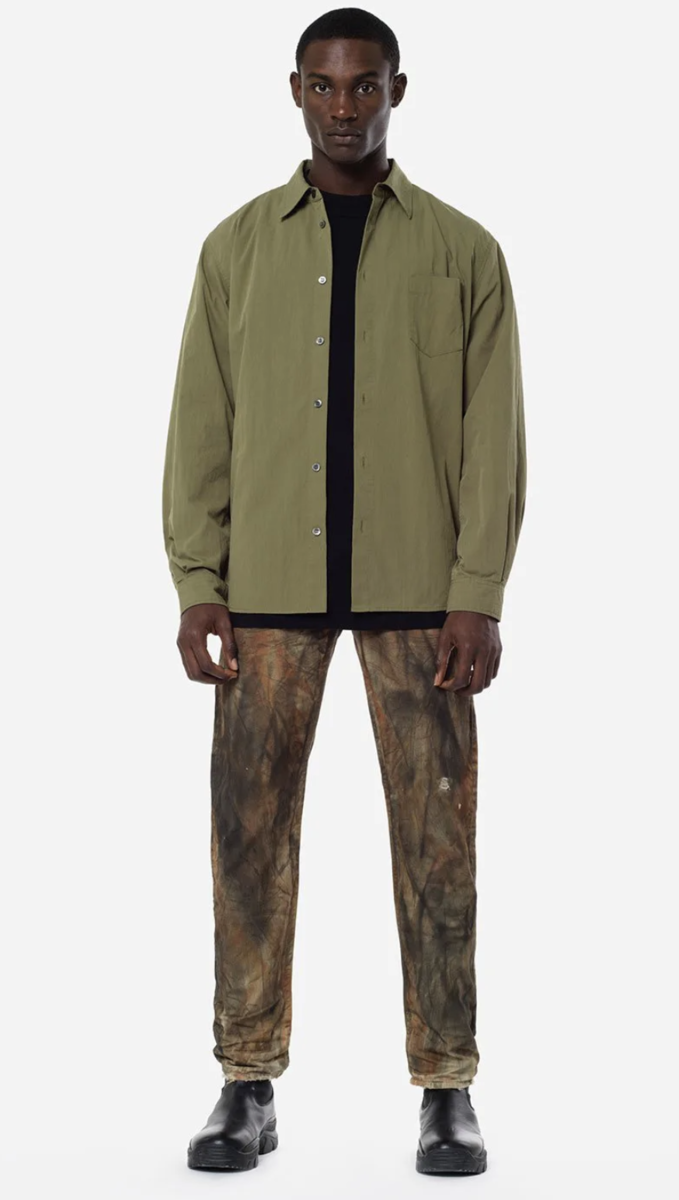 dag311 said:
2. The seller protection says if a package is lost, I owe you a refund and I am not protected. So if I don't feel like selling and shipping it to Canada, I don't have to.
Click to expand...

Yeah, If I sell something & the buyer is outside the US, I won't do it unless the seller chooses to pay for insurance, If they don't, I won't do it.

PYREXSWERVE said:
Yeah, If I sell something & the buyer is outside the US, I won't do it unless the seller chooses to pay for insurance, If they don't, I won't do it.
Click to expand...

Even then, I avoid it. Shipped a package overseas and luckily insured it (usually don’t because insurance is generally in favor of the insurer). Lost after a month. Took another 2 months to get the claim from USPS. 3 months without my item or the money held in PayPal.

It may take a couple extra days but things will still sell to a domestic buyer and the whole transaction will be done in a matter of days.
G

dag311 said:
1. I said "nervous" not afraid.
2. The seller protection says if a package is lost, I owe you a refund and I am not protected. So if I don't feel like selling and shipping it to Canada, I don't have to.
3. You were pretty nice to deal with on Grailed. I didn't think it was a huge deal but I guess it was. Sorry to let you down.
Click to expand...

Just FYI, I have bought a million items from people in the states as a Canadian and I have never lost anything in the mail.

I'm sure you guys can work something out now that you're off grailed.

It is very clear that John wants to push the brand closer and closer to his contemporaries' price tier. I think they are aiming to settle just below Rhude, Amiri, and Fear of God. I expect that push paired with the supply chain clusterfuck and inflation that we're experiencing right now is going to make the next couple of seasons feel positively exorbitant in price.

I also would guess that they re-evaluated their brand strategy after those seasons where it felt like nearly everything was available for 50% off or more during their BF sales and then the Eclipse 360 sales the following year. It's pretty clear that they've narrowed their wholesale distribution and are also producing fewer units for their own sales channels than they were a year or two ago.

We bristle at the constant price bumps here because most of us have been paying attention to the brand for a long time now and can remember when "going to the movies cost a nickel!" It's all relative though. It's been interesting hanging out in the ALD discord this last year. Most of those guys graduated to Aimé from some combination of Kith, Supreme, etc. so the same conversations happen in there about how "wild" the prices have started to get. For me, that stuff still feels incredibly well-priced! Anyway, there are a lot of buyers newer to JE that obviously don't have the same spurned feeling that we do and are willing to support the brand at its higher level.

I think the biggest downside for JE is that at these higher prices, you are going to make fewer sales to fewer people, and that hurts a forum like this one where people used to constantly show off their hauls or pickups from sold-out drops. You'll notice that there isn't a StyleForum thread for Acne Studios or Isabel Marant or Jacquemus because those brands can't foster enough fandom at their price point, they're not hype-adjacent like the aforementioned brands, and they're not powerhouse designer labels like Celine or Saint Laurent that people at least want to have discourse about even if they're not buying much. I'm not sure what happens to the brand or this thread long-term. It's probably pretty static from here on out. Every once in a while an item like the Hemi or Folsom will hit, and maybe a few of you guys continue to show us the cool stuff in-season, but other than than it's kind of sale season or bust, and there are probably other brands that will start soaking up more and more of our attention and adoration.


TLDR: John is pushing to place the brand just below the other LA luxury labels, and it upsets us off because we've been following for too long and have "good old days" syndrome, but it's all relative and is something that fans of any growing brand will experience no matter the original price point. It's probably a smart business decision in the current fashion environment, but it will continue to hurt this forum and make it a less compelling thread as we're able to buy and share fewer and fewer items and our attention turns elsewhere.

So you guys think sale season hurts brands?
I feel like most of us or maybe just me and few other wait for sale season knowing it’s coming.
So we price point pieces at sale price rather then retail…
Just a random thought would love to know your guys opinions.
You must log in or register to reply here.
Share:
Facebook Twitter Reddit Pinterest Tumblr WhatsApp Email Link
New posts