October-November. I was already in Tokyo, Kyoto and Osaka, so I'd like to explore other parts. Kanazawa looks good. Thanks!

Where was this meal

Sushi Kojima in Ginza. I recommend, but if you can get a seat at Harutaka that would be even better. Harutaka was literally perfect.

mgm9128 said:
Sushi Kojima in Ginza. I recommend, but if you can get a seat at Harutaka that would be even better. Harutaka was literally perfect.
Click to expand...

Thanks. I think I was most interested in the baby eel. That seems, uh, worth trying?

Yes. It’s like eating life in its purest and most transparent form. 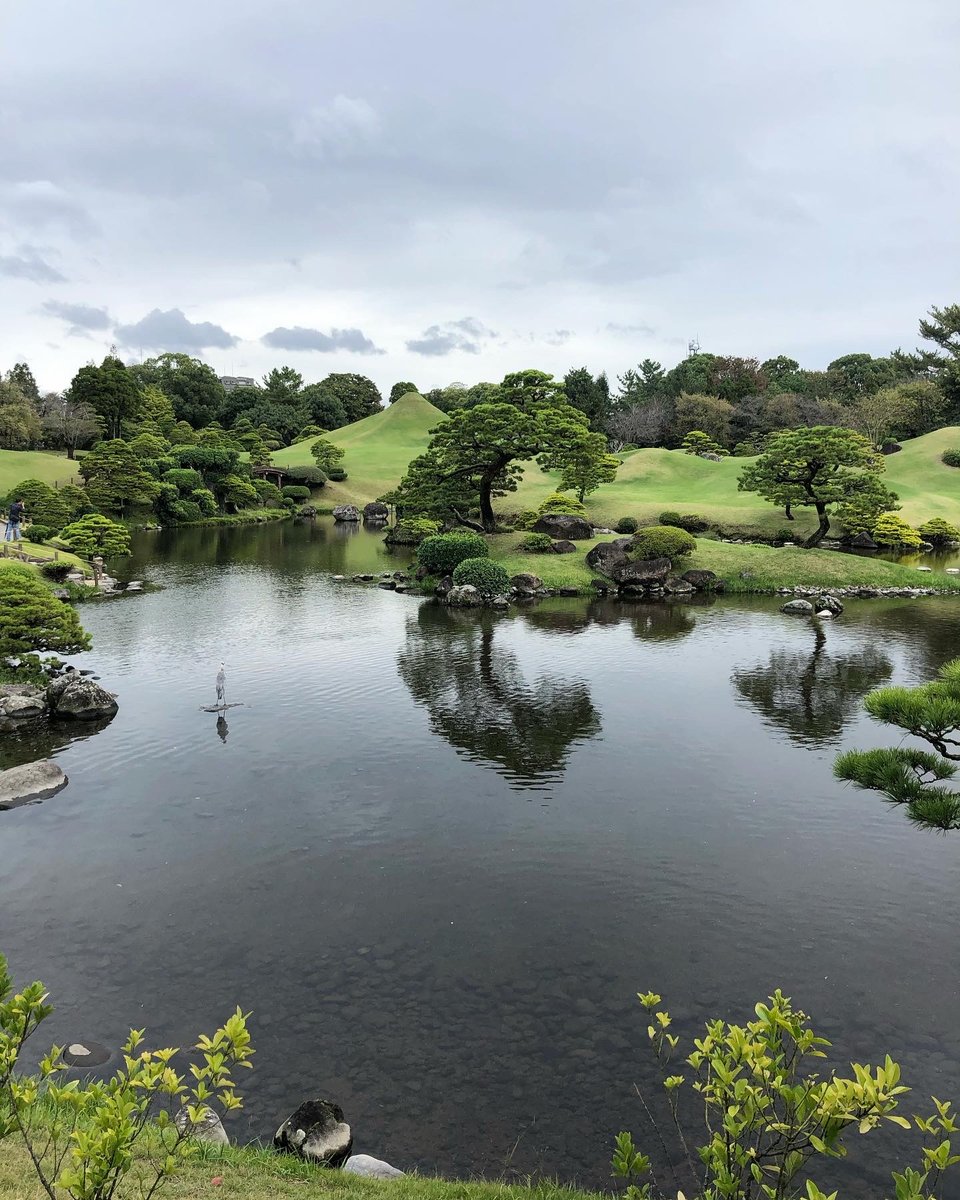 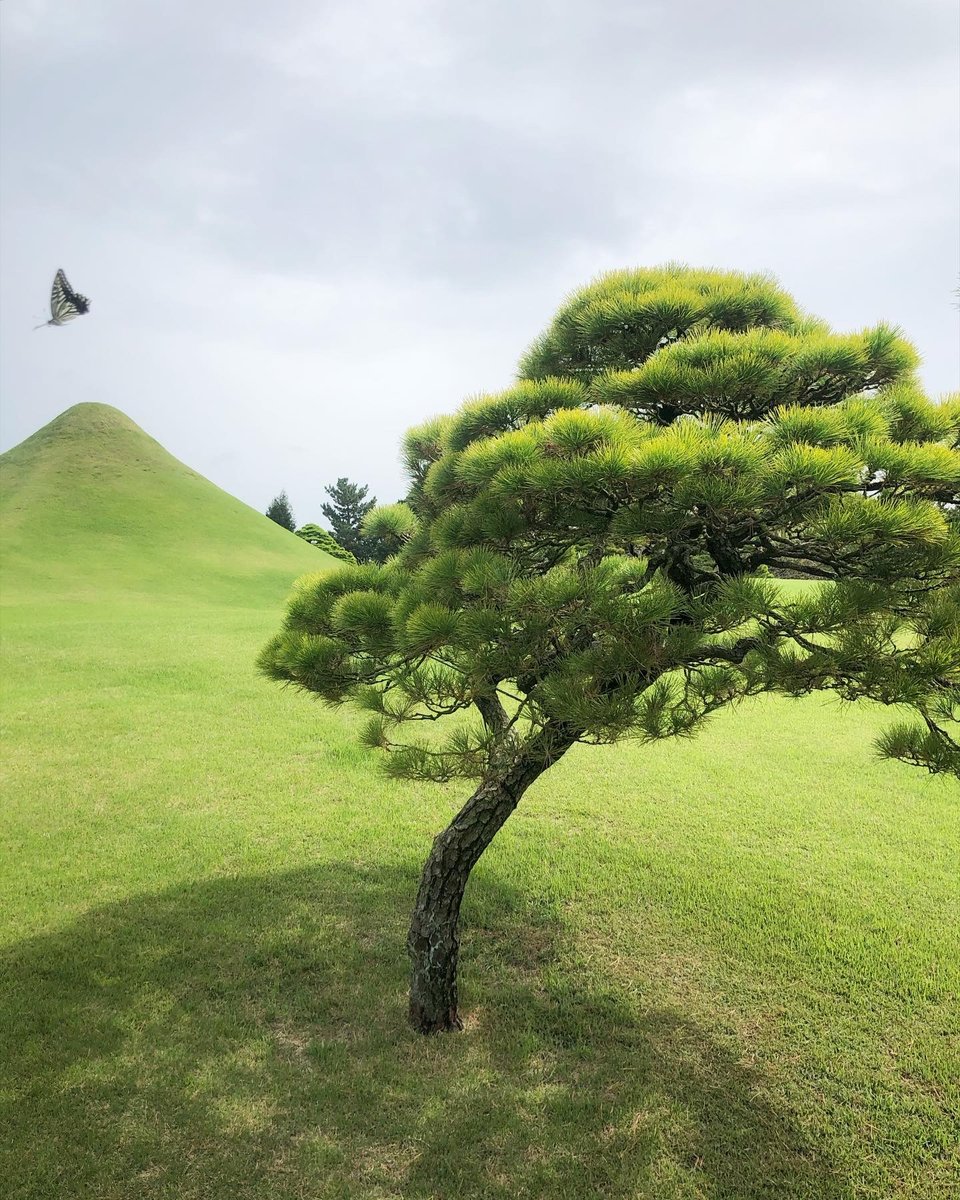 That is beautiful, thanks for sharing! My wife's family is from Kumamoto.

I enjoyed this thread very much.

Heading to Japan for my first time ever in a few weeks (Feb 6 -16) with a friend. 3d in Tokyo (staying in Shinjuku), 3 days in Kyoto (Gion area), a day trip to (Osaka, Kobe, or Nama? - leaning Osaka to find some good denim unless you have other opinions) and then up to Hakuba for a few days of snowboarding.

We have a res at Kobikicho Tomoki for the (once in a lifetime) experience, and plan to hit the outer tsukji market for breakfast one day, but in general, not looking to break the bank the rest of the trip. Love sashimi and sushi (want to find a kaiten just to check it out), ramen (esp tonkotsu and shio), yakatori, pretty much anything Japanese. Any updated/current recco for specific food/drink places that are worth the visit?

I really want to find some izakayas in Shinjuku/Shibuya and maybe a kaiseki in Gion, but getting mixed reviews on some being unwelcoming to tourists....we know *very* basic Japanese...just enough to get in the door and (politely) order something, but thats about it. I am probably putting too much weight in online reviews, but with our limited time i really dont want to mess with mediocre if i can avoid it.

bro one thing to keep in mind is the areas in Tokyo are so huge to be almost meaningless. Like, it isn't unreasonable to be in Shinjuku and a place is an hour away on foot. Partly why I don't want to say to go to specific spots in Shinjuku because being in Golden Gai can be limiting to get to other places but oh well.

I would go here for breakfast https://www.timeout.com/tokyo/restaurants/shinpachi-shokudo

Go to Ramen Street at Tokyo Station. They are all good. I've eaten at at least half of the places there. Rokurinsha is the most popular but I would get there before they open because even then you've got a line and it can be an hour long if you go around lunch or dinner. Most places will open after lunch. If you are flying out of Narita eat at Tomita. He has a spot like an hour or more out of Tokyo and his Narita place. He's won best ramen in Japan like three times or something like that. He was the main subject of "Ramen Heads".


Still in Shinjuku you are near one of the 24 hour Sushi Zanmai. I forget if all of them are 24h or just most. It won't be the best sushi ever but it's still very good and for the price etc very very worth it.

Yakitori go to piss alley. Eat wherever. You will like it. From around 7-10 it should be popping. Izakaya are no problems finding things. Go to Aoyama near the Tokyo museum and just walk down the busy street. All kinds of food to you heart's delight. Also check out the Nezu Museum and before you go there drop your shoes off (or stay and watch) at Brift-H for the best shoe polish you'll ever have. If Yu is working there, tell him Ed from Atlanta/Style Forum says hello. I was there in November with the Meermins and Allen Edmonds. He should remember me.

If there's places where you won't be able to be let in because of your foreigner nature don't worry there's another spot 100m away. There's so much in Tokyo you're going to be overwhelmed by choice. Just have a general idea in mind but be flexible because you're gonna get somehwere and there's a line or you can't find the place and you don't want to wait.

Lawson, 7-11 and Family Mart are ubiquitous. Make sure you visit at least one and get some takeout food. Surprisingly good and everyone does it. Basically a requirement if you are in Japan and Japanese/Western/Male/Female/Breathing and looking to save money.

Do you like jazz? Because the Pit Inn is a great concert venue. Maybe not pure straight-ahead jazz all the time but whatever. Dug Bar and Cafe is a bar with a phenomenal record collection. But, my personal favorite and definitely something you won't find elsewhere: the Eagle Shinjuku. (Don't go to the gay bar. Or do if that's your thing but don't go to the gay bar if you want the jazz spot). A record collection that will blow your mind. Record-studio monitors. And no talking. It is all about chilling out and listening to music.

Hopefully your hotel has a spa. If not go to a Japanese spa.

Cafe del Ambre is really unlike anything else. It's cliche to say that but it really is a slice of time that's never coming back. Like even if you could age something you wouldn't be able to replicate it any more. The coffee is good and brewed in a way that isn't made any more. The space is cramped and like how Tokyo used to be. Man i miss that place.

Gyoza Hohei is near Cafe del Ambre so stop there for a snack. And go to Kamakura Maker's Mark in Ginza. You could do the cafe, gyoza, ramen street and maker's mark on the same trip because they are closeish to each other.

Also do the Imperial Palace Tour. It's free and you get to walk around the palace grounds. Check the times and bring your passport.

thanks for taking the time to share all of that - its exactly what i was looking for...just a little bit of inside info. We're def not set on *having* go to to specific places, but with suggestions like these we can head in that direction and see what works and what doesnt.

I had no idea Tomita had a place near NRT - that is now on the list if the line isnt insane...i also didnt expect a jazz reco coming...will have to check that out too.

thanks again for all the tips, ill report back w the results.

Tomitas spot is in narita before security. I always fly delta and its at that terminal but they're all connected and walkable 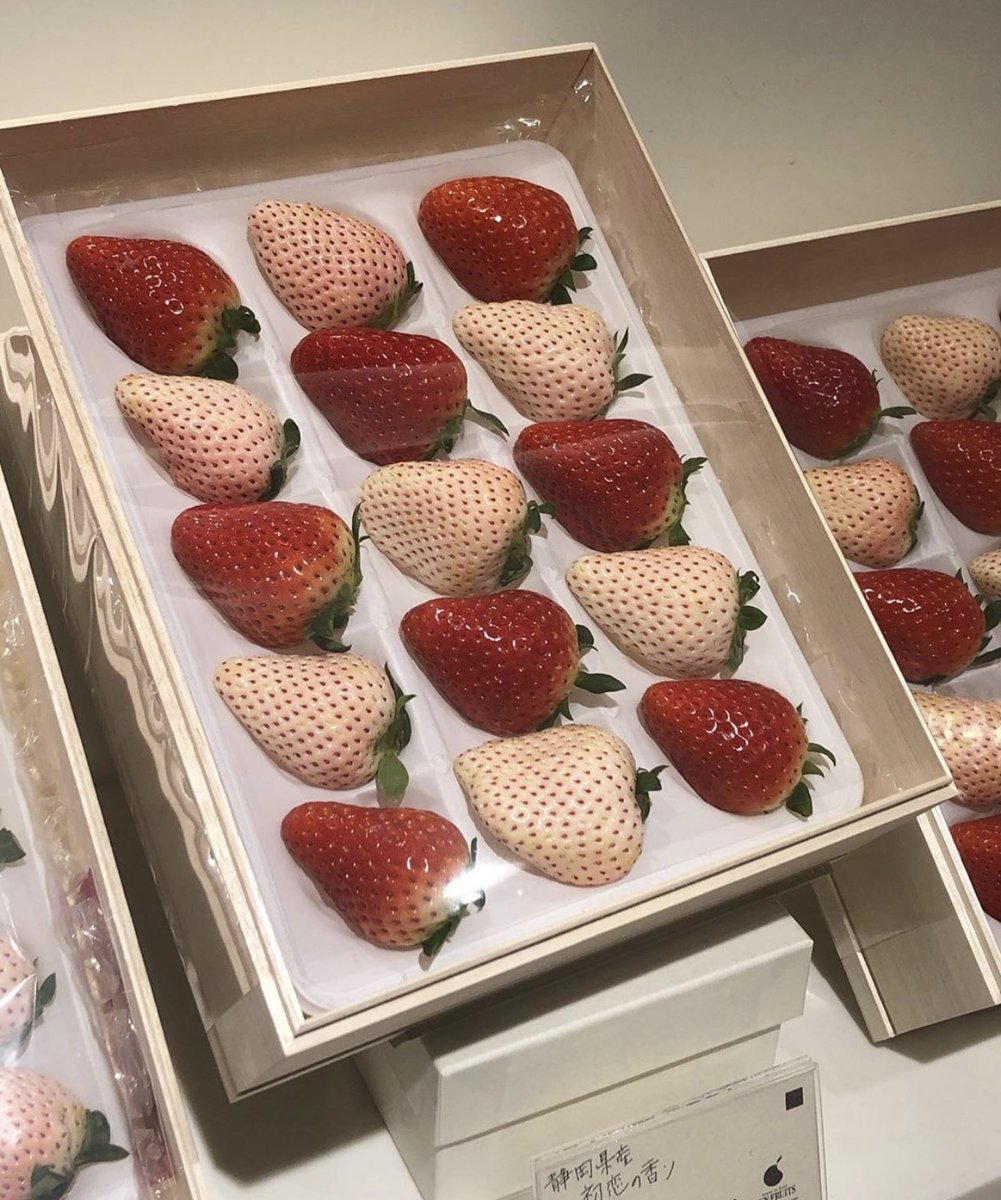 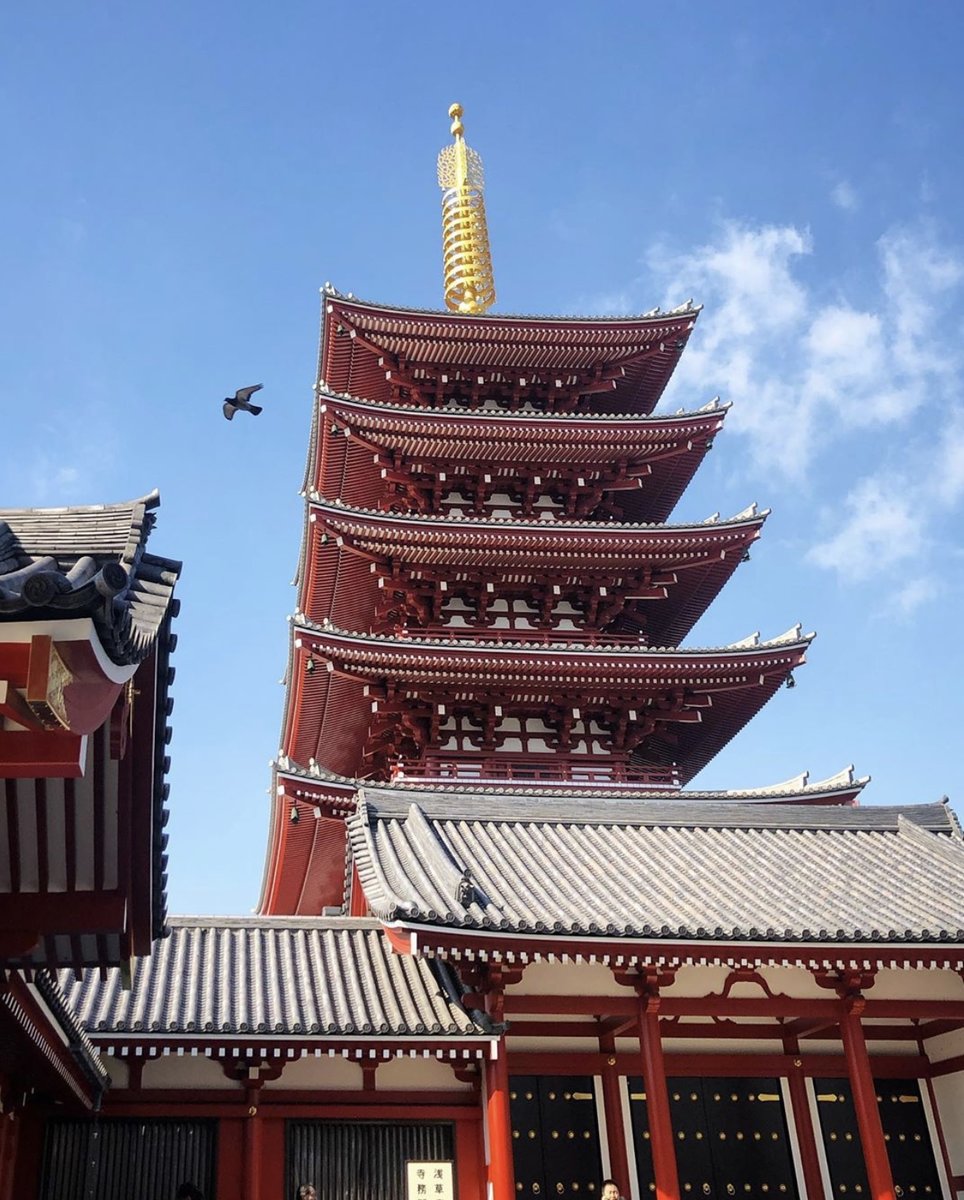 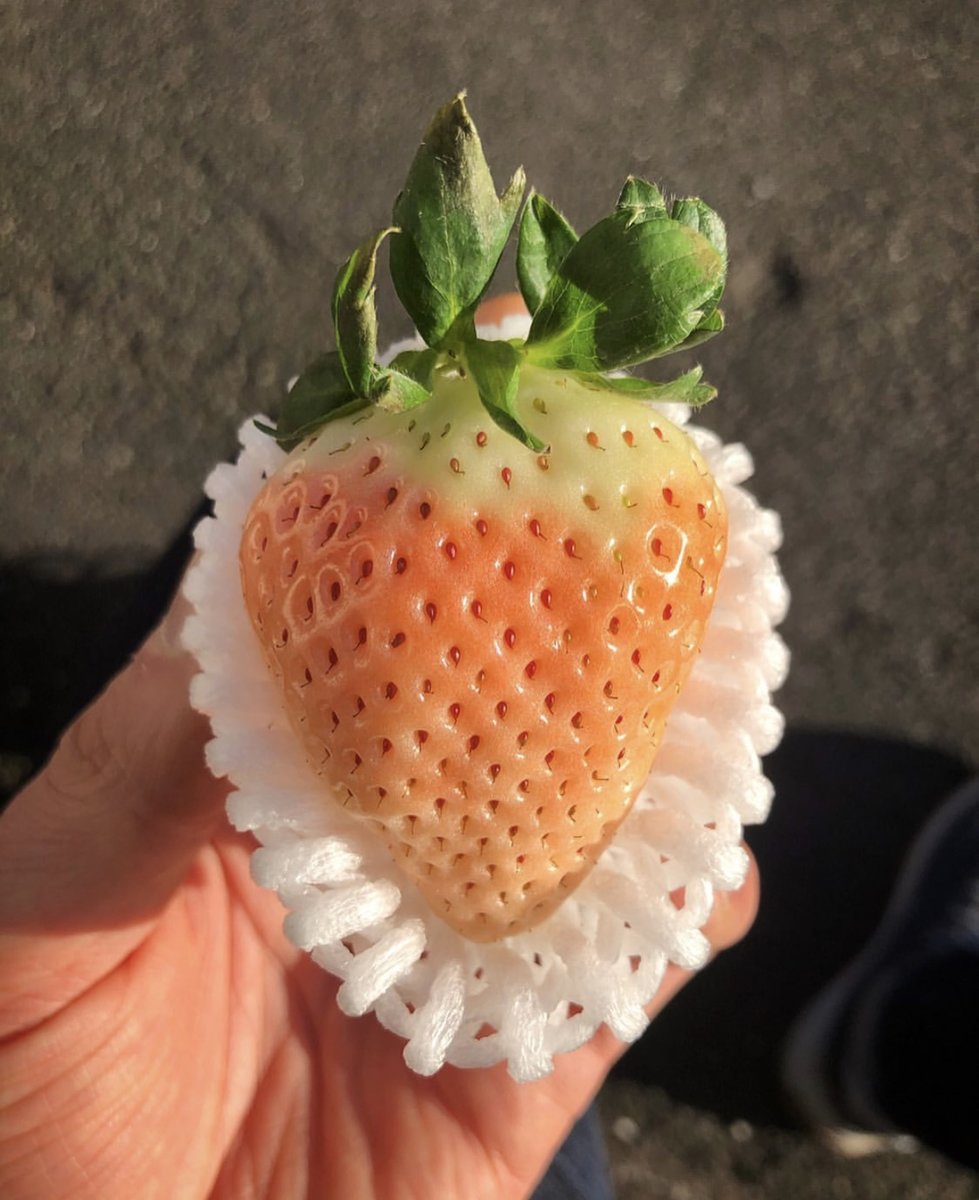 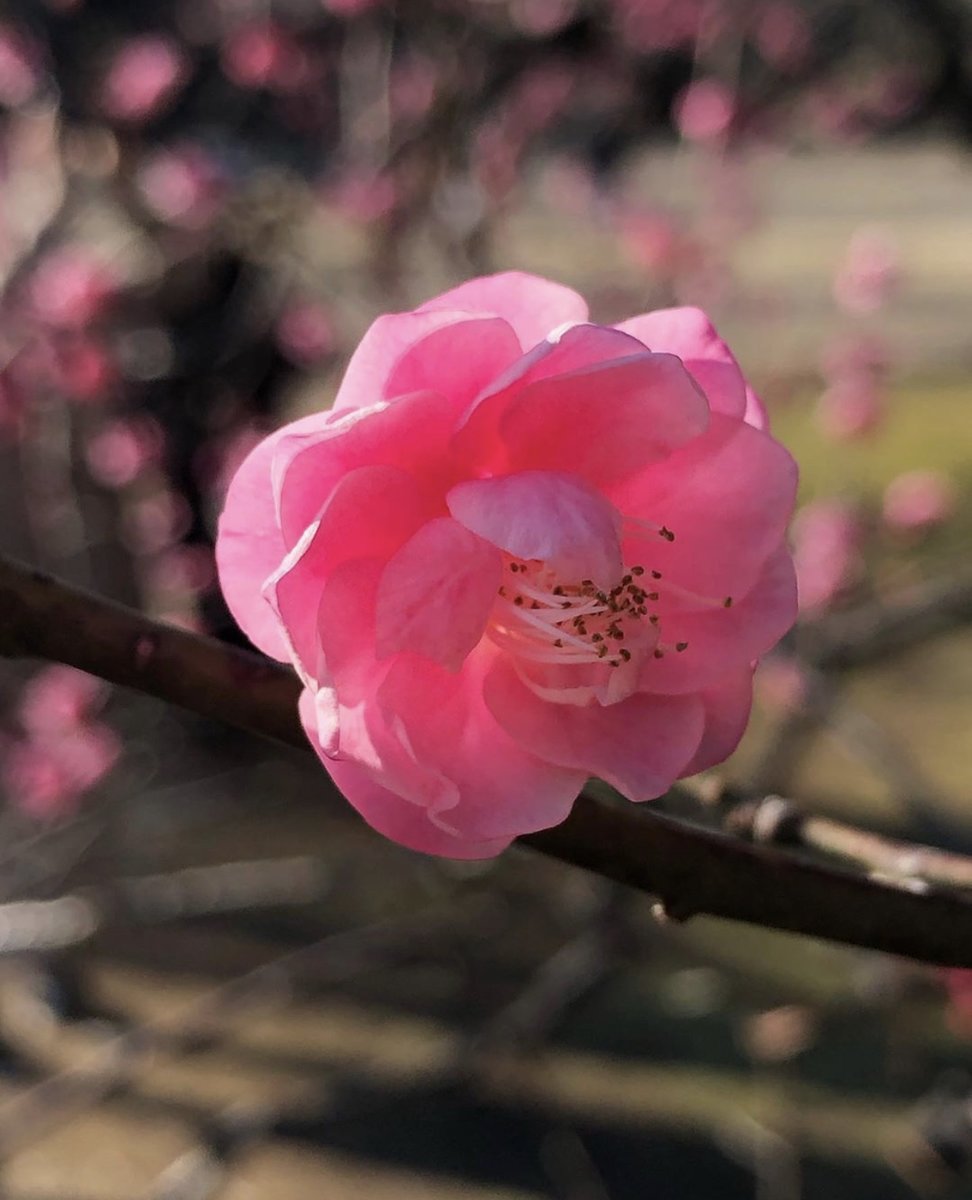 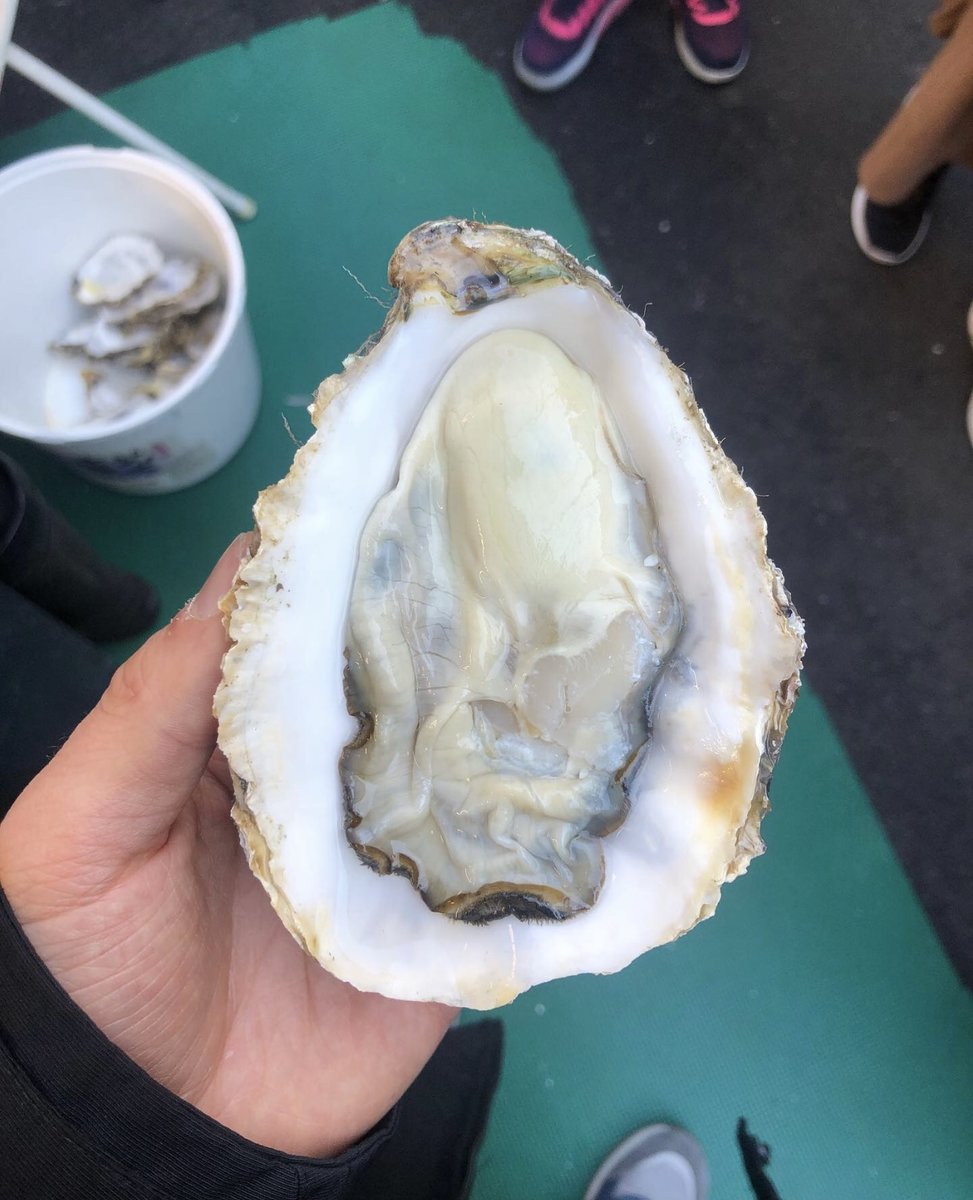 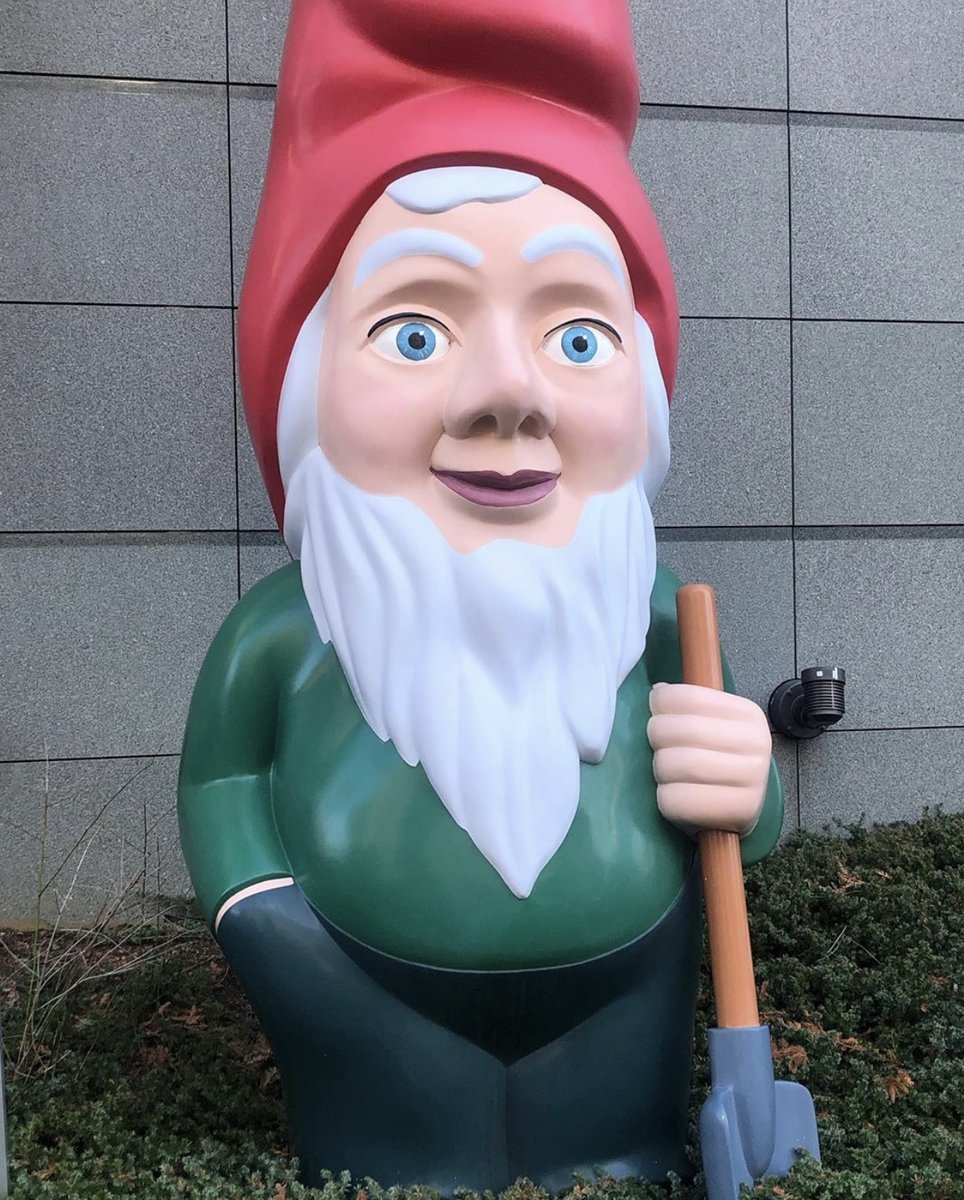 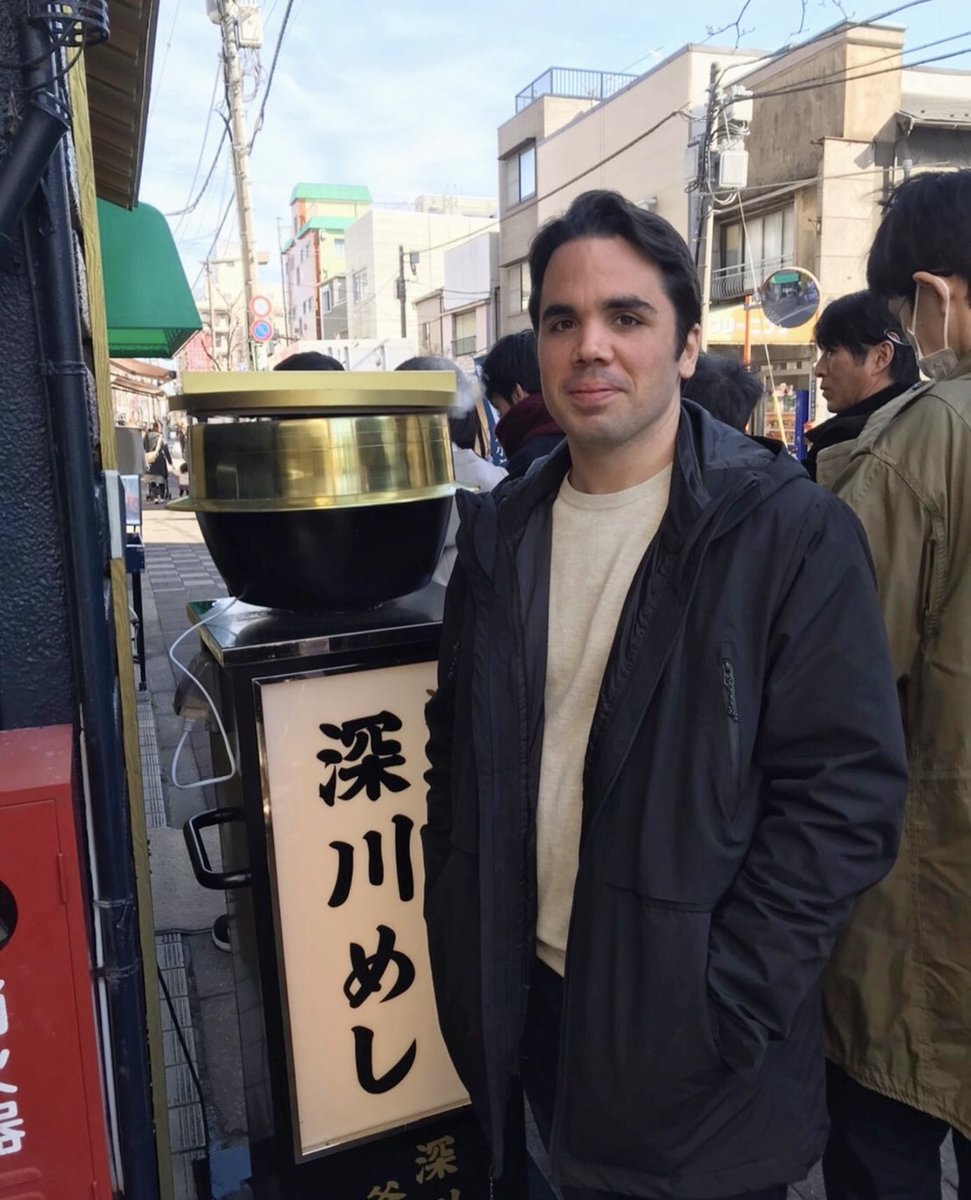 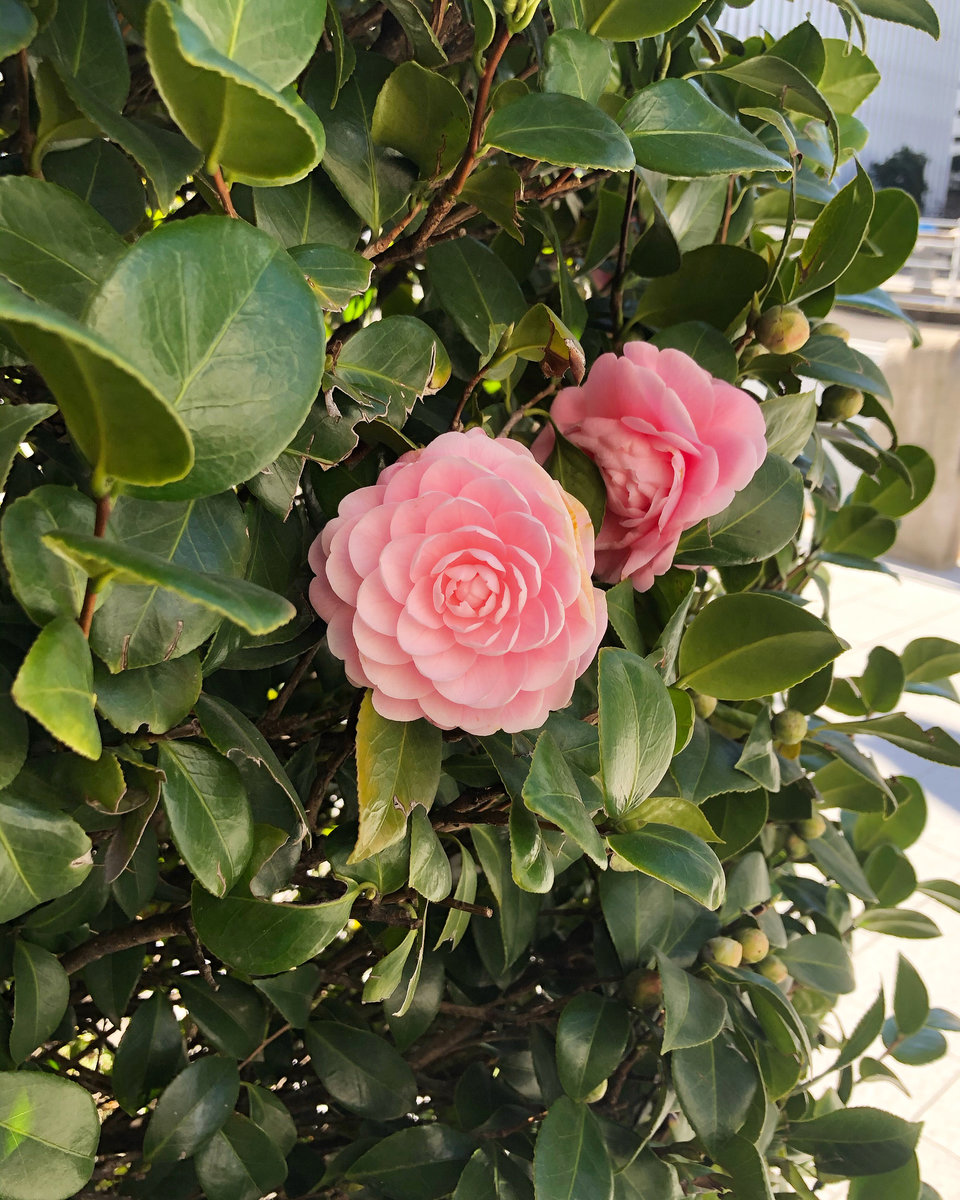 Are those the Fukuoka strawberries mgm? Apparently they created a new breed there that’s particularly sweet. Haven’t gotten around to getting myself some (last few trips I’ve been constrained around Tokyo) but am really curious..
Huh? When did THAT happen to me?

Didn’t get a look at where those strawberries were from. The oysters from Hiroshima right now are pretty spectacular.. 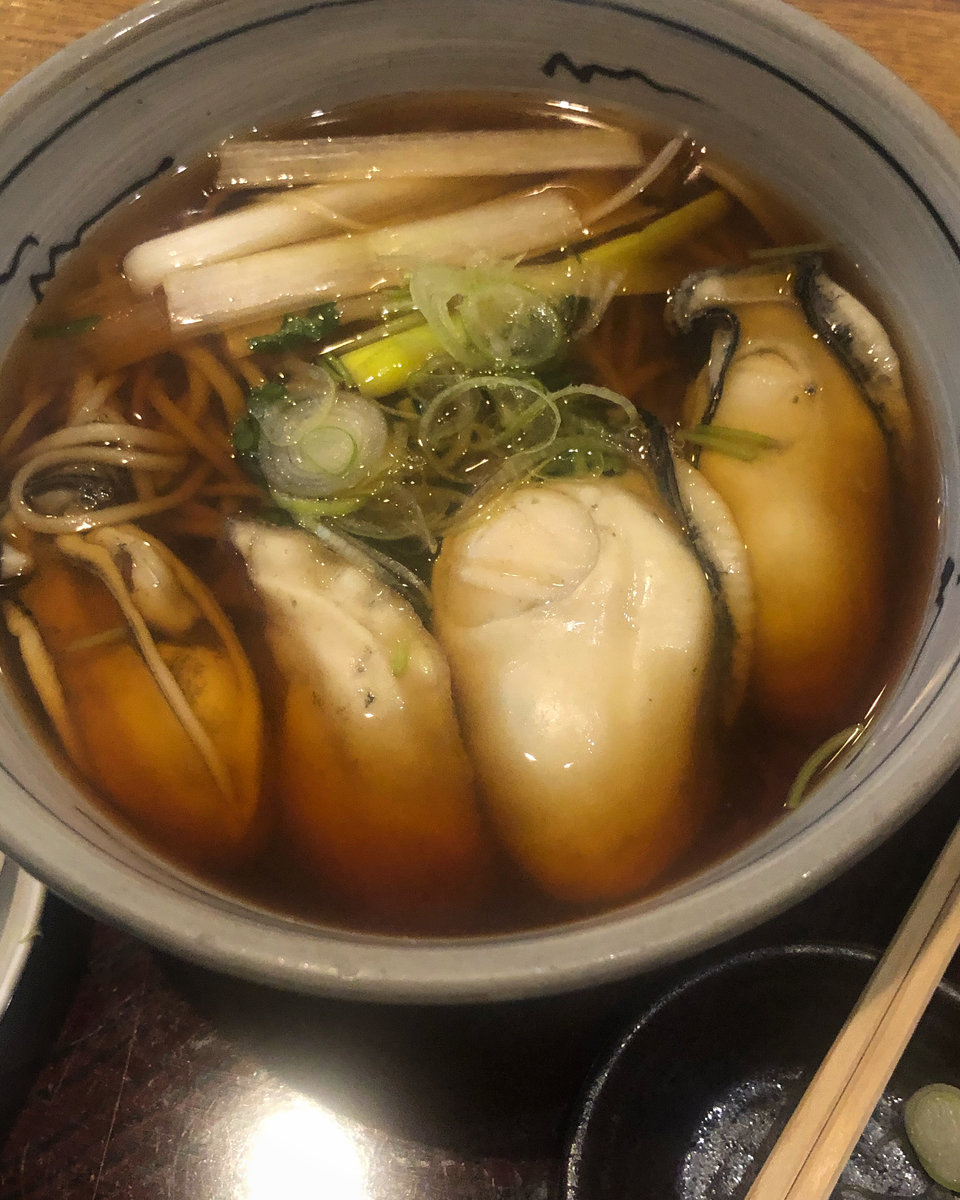 Prince Hui's cook was cutting up a bullock. Every blow of his hand, every heave of his shoulders, every tread of his foot, every thrust of his knee, every whshh of rent flesh, every chhk of the chopper, was in perfect harmony,—rhythmical like the dance of the Mulberry Grove, simultaneous like the chords of the Ching Shou. "Well done!" cried the Prince; "yours is skill indeed." "Sire," replied the cook, "I have always devoted myself to Tao. It is better than skill. When I first began to cut up bullocks, I saw before me simply whole bullocks. After three years’ practice, I saw no more whole animals. And now I work with my mind and not with my eye. When my senses bid me stop, but my mind urges me on, I fall back upon eternal principles. I follow such openings or cavities as there may be, according to the natural constitution of the animal. I do not attempt to cut through joints: still less through large bones. "A good cook changes his chopper once a year,—because he cuts. An ordinary cook, once a month,—because he hacks. But I have had this chopper nineteen years, and although I have cut up many thousand bullocks, its edge is as if fresh from the whetstone. For at the joints there are always interstices, and the edge of a chopper being without thickness, it remains only to insert that which is without thickness into such an interstice. By these means the interstice will be enlarged, and the blade will find plenty of room. It is thus that I have kept my chopper for nineteen years as though fresh from the whetstone. "Nevertheless, when I come upon a hard part where the blade meets with a difficulty, I am all caution. I fix my eye on it. I stay my hand, and gently apply my blade, until with a hwah the part yields like earth crumbling to the ground. Then I take out my chopper, and stand up, and look around, and pause, until with an air of triumph I wipe my chopper and put it carefully away." "Bravo!" cried the Prince. "From the words of this cook I have learnt how to take care of my life.” ~Chuang Tzu 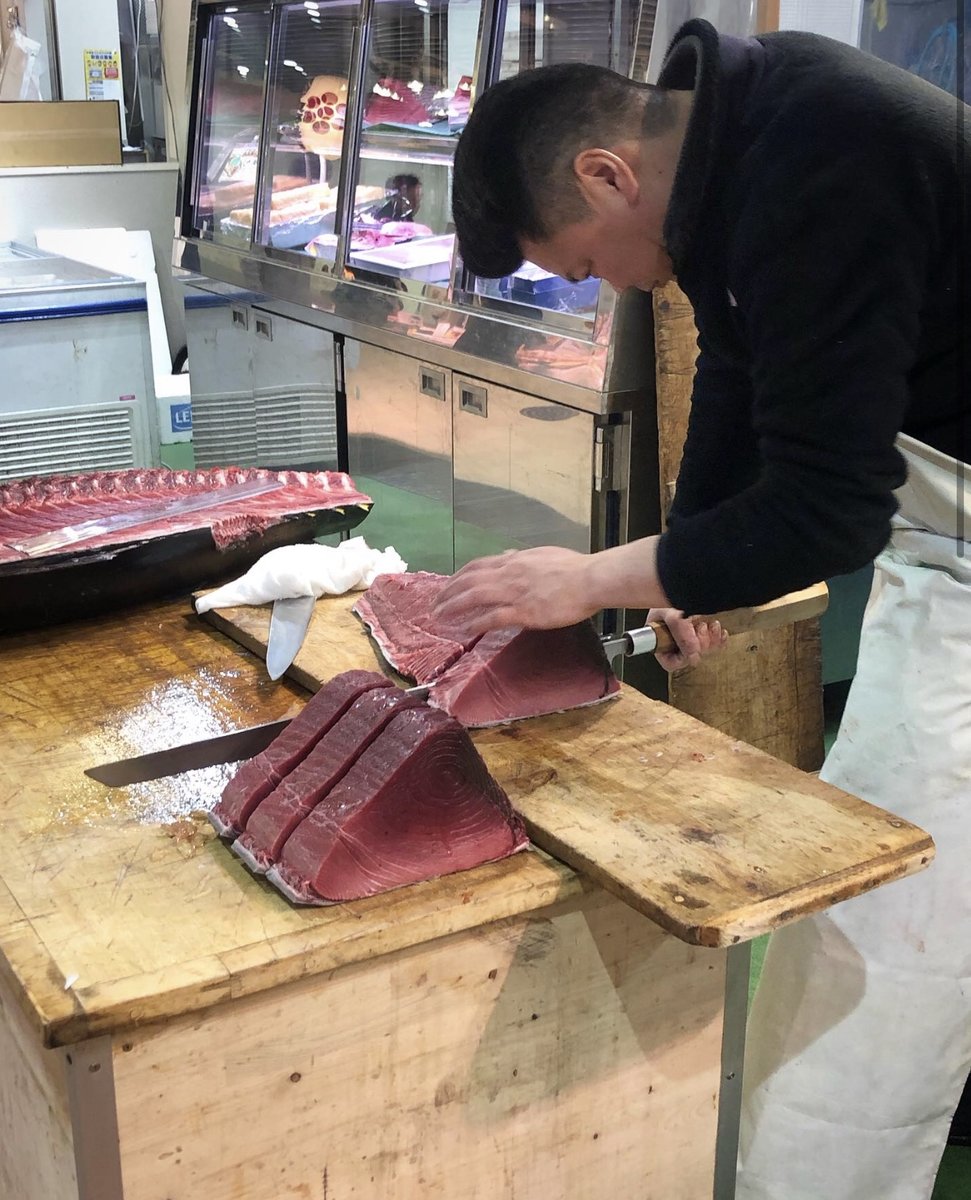